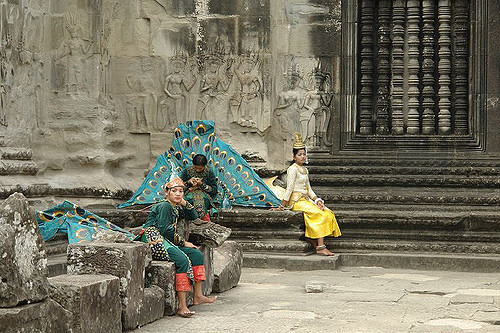 Published in Mint Lounge recently – original version posted here…
Read the pdf version online here – or if the link vanishes, you can read it here… Day one among the temples and I keep remembering a delightful phrase I had come across long ago. Vuja de. Looking at the familiar with new eyes.

I have seen all this before. Apsaras dancing to the imagined beat of drums. Asuras (demons) and devas (gods) churning the ocean of milk for nectar. Garuda and Vishnu and Brahma. Hinduism and Buddhism. Men and women lighting incense sticks in front of idols. After a while, the guide’s stories from the ‘Ramayaaaana’ fade away. I watch instead. Monks in bright yellow and orange robes walk about with disposable cameras, taking photographs of each other against the murals. And the children. Khmer kids, pesky, persistent, adorable, running behind you, selling everything under the sun for one dollah! Only one dollah, this-t-shirt-very-nice-made-in-Cambodia-madam, they intone, the pitch rising to a crescendo by the time they get to madaaaam. Where are you from, asks one particularly bold imp. I tell her and she points to my bare forehead and asks, where is your bindi? Bindi, bindi, bindi, the chorus follows us as we walk away to the waiting cab. Another one says, another day, another place, give me one dollah, we become friends.

And why not? The visitors seem to be amused by it, even like it. And it is not only Cambodia’s one-dollah-kids who are doing what their guests like, the adults aren’t very different. The Khmers seem to be experiencing their own vuja de. After decades of the Khmer Rouge oppression that ravaged the country and kept the tourists away, the world has discovered Angkor. And so the Khmers have decided to see their own country and culture with new eyes, those of the outsider. Except, in those days at Siem Reap, I also get the sense of locals cocking a snook at the world, enjoying a private joke at the expense of the thousands who drop in to stare at the temples in silent awe. Look at the earthly celestial maidens, if you don’t believe me.

When I first catch sight of them, the apsaras are resting on the cold stones of Angkor Wat. One is flexing her foot, mimicking the action of the stone apsara dancing just behind her on the wall. The others are talking to each other in muted tones, bored expressions on their faces. The American tourist, khaki shorts and all, walks up to them and points with his camera, and they spring into action instantly. As a group, they strike well-rehearsed poses, peacocks flanking the line-up, the boy with the lion’s head in between, a dancing apsara on each side of the utterly discomfited tourist, as his friend clicks. As they pose for the camera, for a dollar, I notice the boredom doesn’t shift from their faces. Shot over, they get back to rest mode without so much as a smile at their temporary benefactor. That also explains why, in a town that has more than 100 temples, the guidebooks and guides gush only about the most magnificent of them all, Angkor Wat (built between 1113 – 1150 by King Suryavarman II). The average traveller heads to Siem Reap primarily to see that, or more precisely the spectacle of the sun rising from behind the temple which uniquely faces the west. At dawn, when we make our way through complete darkness with slow hesitant steps to the pond in front of the west tower, a few hundred people have already assembled there. Did they spend the night there, I wonder, as excited shoppers at the Walmart sale do each year? Or did the tuk-tuks and buses disgorge their eager passengers in the wee hours, the drivers giving out instructions in broken English on finding the best spots from which to view the sunrise? If Angkor Wat – built on the Hindu concept of the world, with the tall tower in the middle representing Mount Meru (the residence of the pantheon of Hindu gods and the centre of the universe, says my guide; my learning for the day) – is the biggest tourist magnet, the most fascinating of them is easily the Bayon temple. Bayon is situated inside Angkor Thom, established by King Jayavarman VII as his capital city, soon after he ascended to the throne in the late twelfth century. Bayon has 216 faces of the King Jayavarman VII, embodied as Bodhisatva the Buddha etched on the outer sides of its 54 towers. Like the Mona Lisa, a faint hint of a smile lingers on each of the faces, and the beatific eyes seem to follow your progress through the massive complex; is it mockery or pity one sees in those orbs? The French novelist-explorer Pierre Loti seems to have grappled with the same issue when he wrote of Bayon in Un pelerin d’Angkor (A Pilgrim of Angkor) in 1901: “I raise my eyes to look at the towers which overhang me, drowned in verdure, and I shudder suddenly with an indefinable fear as I perceive, falling upon me from above, a huge, fixed smile; and then another smile again, beyond, on another stretch of wall… and then three, and then five and then ten”. Now, more than 100 years later, the greenery has vanished, but catch a sudden glimpse of the frozen smile and a chill runs down your spine. I can only imagine what it was like for Henri Mouhot, the French explorer who cut his way through the thick dark jungle to discover the hidden temples, in the mid-19th century. Not all the temples of Siem Reap are massive and awe-inspiring. My favourite, Bantaey Srei, is small and exquisite; delicate would be a better way of describing this “citadel of women”. The pink stone and the intricacy of some of the carvings convince scholars that the temple was actually built by women.

And then Ta Phrom in the middle of thick vegetation, dedicated to one woman (the mother of King Jayavarman VII) and made famous across the world by another. Angelina Jolie shot for Lara Croft: Tomb Raider in this temple and, for most visitors, that fact is as dazzling as the sight of the giant roots of the tree holding the temple structure in a vice-like grip for centuries.

Indeed, “Anjelina Jolie was here” seems to be a bit of a theme song in Siem Reap. We follow her path later that night to The Red Piano, weary to the bones after a hot day among the ruins. This popular pub is at one end of Pub Street, overflowing with trendy bars and restaurants serving international cuisine. As we walk down the narrow lane, music from the cafes spilling out on to the road, the enigmatic smile of the Bodhisatva Buddha at Bayon seems as if from a distant dream.

No stars – Siem Reap is about temples and more temples, most of them in ruins, enough to make even adults weary after a while.

How to get there

Unlike a century ago when explorers had to cut through dense jungles to get to Angkor, now you can fly directly into Siem Reap from many places in South East Asia. From India, the best way is to fly to Bangkok and fly on to Siem Reap on Bangkok Air (prices start at Rs. 6000 one way) or Thai Air. It is also possible to travel overland into Phnom Penh from Bangkok and then take a car or boat to Siem Reap, though procedures at the border are said to be cumbersome. You can get a visa on arrival at the Siem Reap airport for $20.

You will be spoilt for places to stay in Siem Reap which caters to the budget traveller as well as the high end luxury seeker. We stayed at the friendly Palm Village (http://www.palmvillage.com.kh/index.php – prices from $30 a night) set away from the main town and closer to the Angkor complex. You can choose to stay in town though it involves some travel to get to the temples each day. The FCC (http://www.fcccambodia.com/angkor/) is highly spoken of in discerning travel circles as the place to stay in. Try to catch a meal at the restaurant overlooking the river, or drop in at their gallery to see John McDermott’s fabulous photographs of a sepia-tinted Cambodia.

One of the best eateries in Siem Reap is the Blue Pumpkin, a café serving international cuisine, open from breakfast through the day. Their main outlet is near the old market, off Pub Street. (Tip : go past the diners on the ground floor on to the mezzanine floor for relaxed lounge seating). They also cater to the Angkor Café, situated just opposite the main entrance of Angkor Wat and have another outlet at the airport. For authentic Khmer and Thai food, the Chao Praya on the road to Angkor Wat is highly recommended. Drop in at Angkor What? for a drink, if only for the name, as we did. 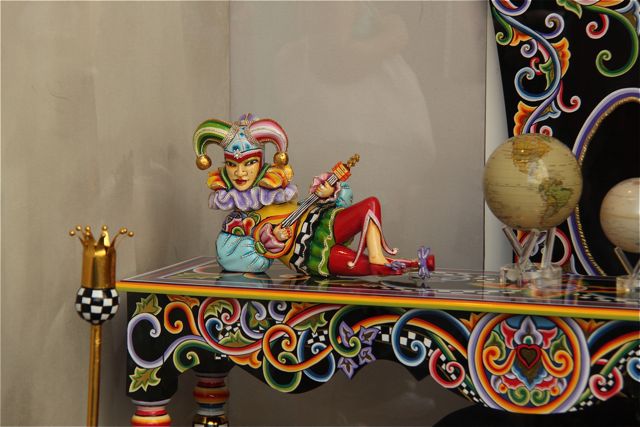 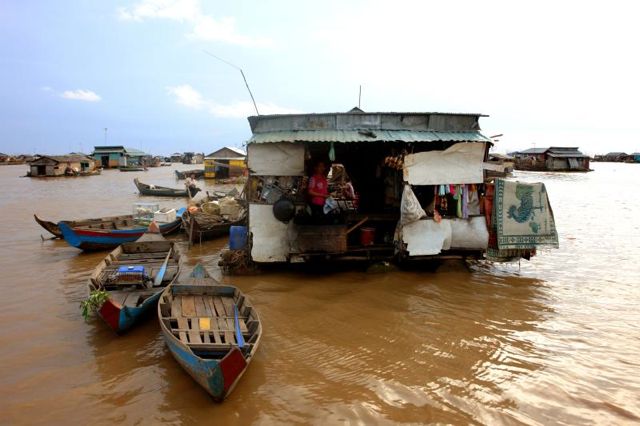 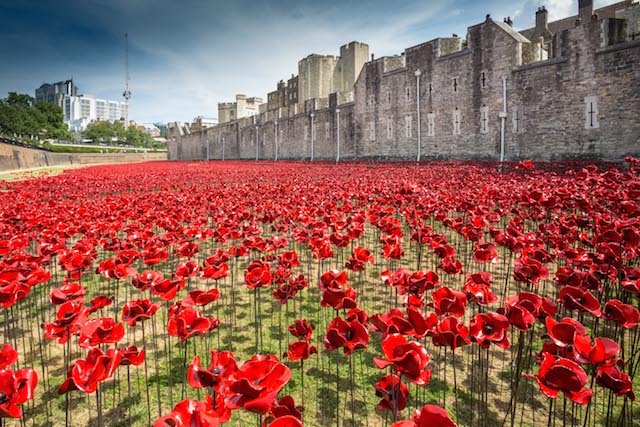