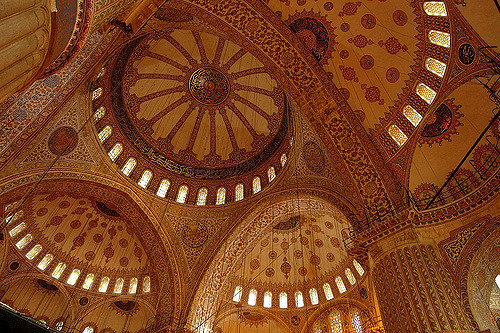 “I am not a terrorist or a thief, I am only trying to help you”. This is a new one. Walking through the Sultanahment area on a autumn morning, I am stopped (is the word accosted?) by many men offering their ahem, services – from proposing to act as unauthorized guide inside the Topkapi Palace to taking me to the cheapest and best place for carpets. Most of them go away when ignored; I don’t think they really expect to be taken seriously. It is just one of the things Turkish men seem to do to pass time during the long off-season days.

There is something about Turkish men. And it is not just now. Look at the Topkapi Palace, built in the mid 15th century. The star attraction within the palace, with separate tickets and specialist guides, is the Harem Tour. An entire area devoted to the Sultan’s private proclivities, his wives and concubines and their affairs (marital and otherwise); that is where I head first. At the entrance to the Harem, the tour guide is saying something in French, his group in splits at what must have been an obviously lewd reference to the activities within the Harem. Or so I imagine, mentally composing Harem jokes as I walk in. As any place with so many women, especially women competing for the Sultan’s affections and the throne for their male offspring, the palace must have been abuzz with political activity at all times. Think of prime-time soaps on Indian television with all their squabbling and scheming and multiply that by a few degrees and you will begin to get an idea of the hot-bed of intrigue that the Harem was. (Chew on this for a sampler, the Sultan’s mother, the quintessential mother-in-law or saas ruled the palace, and sometimes the empire from inside here). But I am not thinking about such unpleasantness as I walk through the huge rooms with their ornate chandeliers and gilded mirrors, the stained glass windows and best of all, the striking Turkish enamel panels. It is true that the rest of the palace pales in comparison to the opulence of the women’s quarters. Or perhaps it feels that way because I am tired after a long walk through the palace grounds and cannot wait to get to the Konyali, which comes highly recommended. Not another royal chamber, Konyali is the restaurant inside the palace complex, with gorgeous views of the Bosphorus all the way to the bridges connecting the European side of Istanbul with the Asian.

“If the city speaks of defeat, destruction, deprivation, melancholy and poverty, the Bosphorus sings of life, pleasure and happiness”. Sipping coffee by the edge of the water, watching the passing ferries and the loud hungry seagulls, it is easy to understand Orhan Pamuk’s nostalgic fondness for this river.

When I finally come out of the palace, the day is warm and all the shops on the road are open, waiting for the tour groups to descend. Just across the road is the Yerebatan Sarayi, or the Basilica Cistern. Nothing I have read about it can prepare me for this experience. I step off the heat and the noise of Istanbul’s busiest district down a few steps, right into an underground water cistern, complete with marble columns and muted lighting. The air is cold down here and the place reeks of what I can only call atmosphere, enhanced by the music playing from invisible speakers. Local guidebooks proudly point out that a scene from the Bond movie ‘From Russia with Love’ was shot here but it is of the ‘Phantom of the Opera’ that I am thinking as I look at the water in the narrow channels on both sides of the walkway. The board outside is small and inconsequential and makes it easy for the purposeful tourist walking towards the Blue mosque to miss this place. And thank god for that. As I step out, I spot a tram on the road and get in without thinking of where I am going. It is a lot like being on the road in India, pedestrians darting across streets at random, drivers with scant regard for traffic rules, blaring horns – everything except the cattle. I get off at the end of a crowded shopping street and find myself in front of a temple to sin. The kind of sin that comes sugar-coated and deep fried and stuffed and topped with nuts and dried fruit. Bring on the Baklava! And the shop-keeper brings it on, in flavours I had never imagined. I think about calories and suchlike only after I step out of the shop a full twenty minutes later, and decide to walk back to Sultanahmet square. Apart from anything else, I want my conscience to be quiet when I repeat this mini orgy the next day.

At the centre of the Sultanahmet square then, is the sight that graces a million postcards from Istanbul, the Blue Mosque built by Sultan Ahmet I as proof of the might of the Ottoman Empire. The blue tiles on the ceiling give the mosque its name but it could have just as easily been called the golden mosque or the multicolour mosque. Inside, muted sunlight filters in through the high windows, complementing the light from the chandeliers that hang low all across the prayer area.

As with all large places of worship, the tourist feels lost and overwhelmed but not the worshipper. Each has found a corner to call his or her own and is softly reading or praying. For all its grandeur, it is an unexpectedly warm and accessible place and the little groups of women gossiping in their own nooks after prayer, their children sleeping or playing quietly among themselves make it so. In contrast, the Aya Sofya (or Hagia Sophia), the Church of the Divine wisdom across the road is weighed down by centuries of history. It has been built thrice over the same spot and was in later avtaars a mosque and now a museum. The high ceiling, the gilded but peeling murals of Christ and Madonna on the walls and Islamic medallions mounted on the pillars – I can only stare in silent awe, as all other visitors do here. It is already dark and my stomach says it is dinner-time even if my watch does not. I choose a quiet restaurant down the road. The window display is inviting, and I can see the two old women inside making hot naan by the stove. Further, this is possibly the only place where the owner is not standing outside, ready to grab the hungry and the unsuspecting. That clinches it for me and I walk in with my friend and spend the next two hours over a leisurely meal, a group of four musicians performing for just the two of us. After the meal, the owner brings in steaming apple tea in their typical tulip-shaped glasses, and I think a meal cannot have a better ending (except perhaps with a baklava, but hush). Dinner over, we are standing on the road looking for a taxi to take us back to the hotel and the stranger comes close to us and whispers, Lady, others cheating, you come with me, cheap and best food… I am glad. Nothing has changed in the couple of hours I have been inside. I go back to the hotel with a smile on my lips; Istanbul feels so much like back home.

More on Turkey here on Itchy Feet –
– Outwhirling the dervish
– One river, two continents
– Of Artemis and Amazons 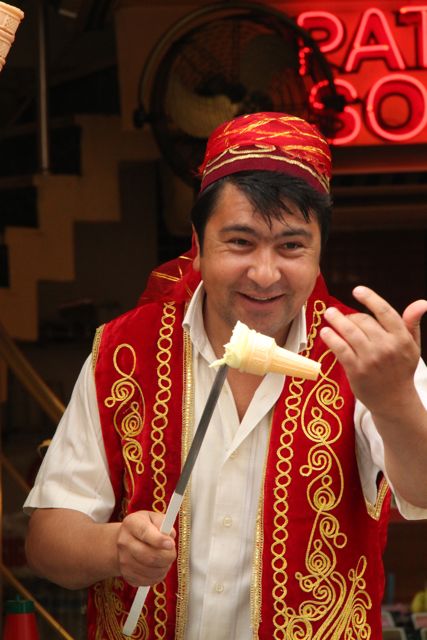 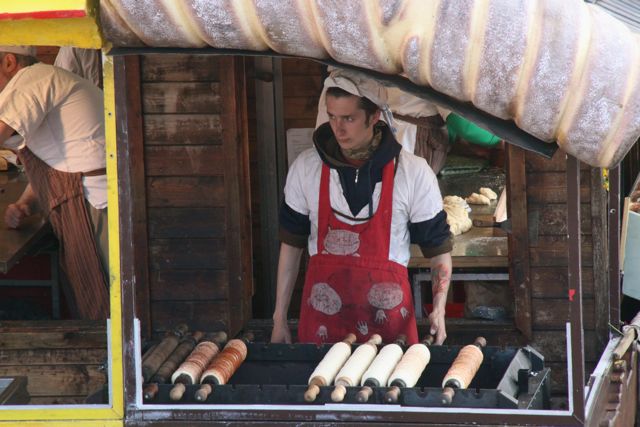