RIP George Whitman, the eccentric owner of the original Shakespeare & Co. bookshop in Paris’ Left Bank. The shop, now in its second avatar, celebrates sixty years of existence this year. And Whitman, who bought it from the original owner Sylvia Beach died last week, aged 98. I have been dying to write a story on this fabulous bookshop where I spent hours on my Paris trip – am waiting for an editor to buy. And I am really looking forward to writing that story. For now, just a pic.

Till then, let me tell you about the other bookshops I spotted in Europe, named after Shakespeare. There are probably many more but these two for now. One in Prague – of all places, an English bookshop in an Eastern European country! Shakespeare in Prague – but then, I found Lennon there, so why not?

Ok, Prague I can still imagine, at a pinch. But a Shakespeare bookshop in UNESCO heritage small small Cesky Krumlov? 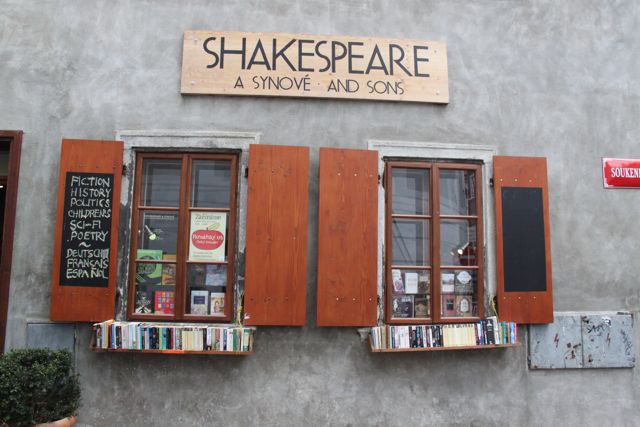 And the other, the really really charming one in Avignon in Provence – a small bookshop with what I can only call a typical French attitude. Look at the cheeky sign on the shop window. That said, the owner, who was closing for lunch, was nice enough to keep it open for ten minutes while I browsed and clicked and drooled. Go figure. 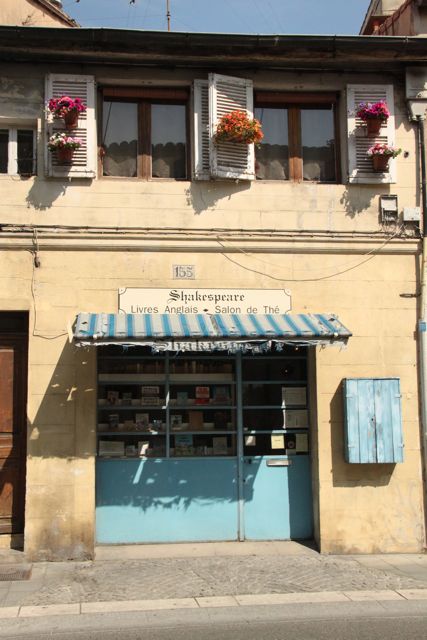 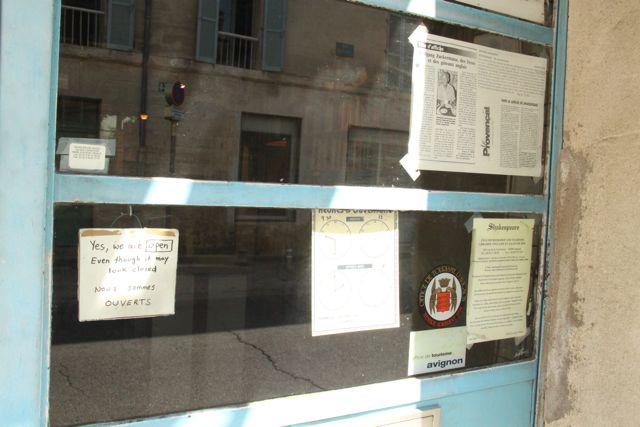 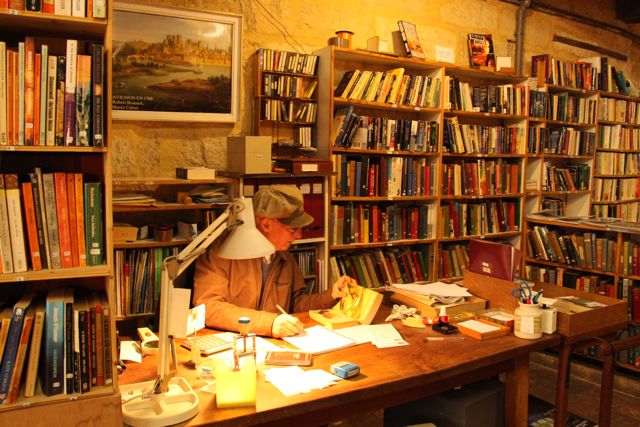 I found this in a small street somewhere in the heart of Avignon as I was wandering aimlessly one fine spring day. I probably would never be able to locate it if I were to try again. The shop also had a tiny cafe (I did try asking for a coffee but clearly, that was going too far!) and books stacked in some method-to-the-madness way that only the owner understood. In all, a lovely discovery. 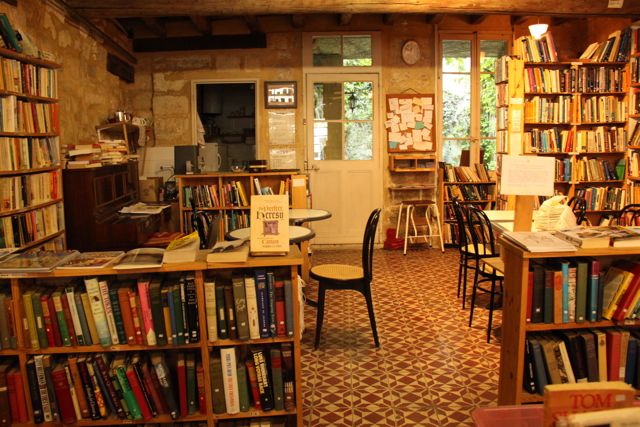 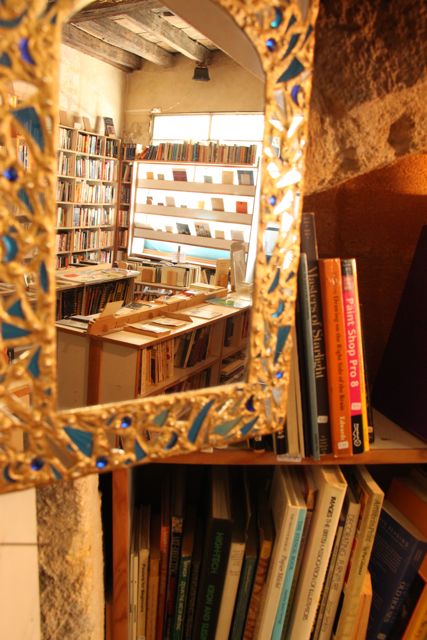 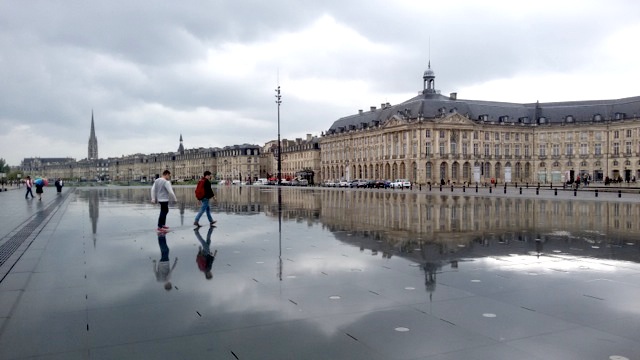 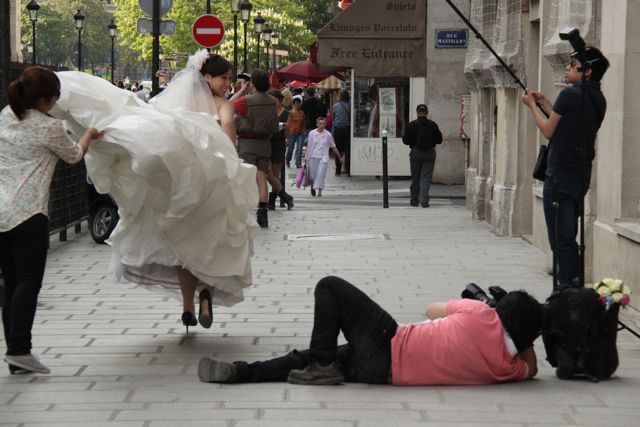 On the streets of Paris

5 thoughts on “The other Shakespeare bookshops”