The first thing Hellmuth Conz teaches me about my camera is how to hold it correctly — with my left hand under the lens, cradling it and not above it. “There is no need to raise your little finger,” he says. “You are holding a camera, not a tea cup.”

I am in Hampi with ten other enthusiasts for a workshop on the basics of photography. Hellmuth, our instructor, has politely made it clear that an eye for composition is all very well, but without technical knowledge, I may as well be using a simple point and shoot, instead of an expensive DSLR camera. By the end of that first session, my head is swimming with principles like aperture and ISO that I’ve known about vaguely but have never made a serious effort to understand. Luckily, most of the other participants seem to be groaning under the weight of all the information too.

Read my story on photography workshops I attended with the fabulous Photography On The Move team in Hampi and then Varanasi – this was published as a Learning Journey in the October 2012 issue of National Geographic Traveller under the title Snap Judgments.

As part of the story, I had discussed four of my photographs from these workshops – why that subject, composition, framing and so on: 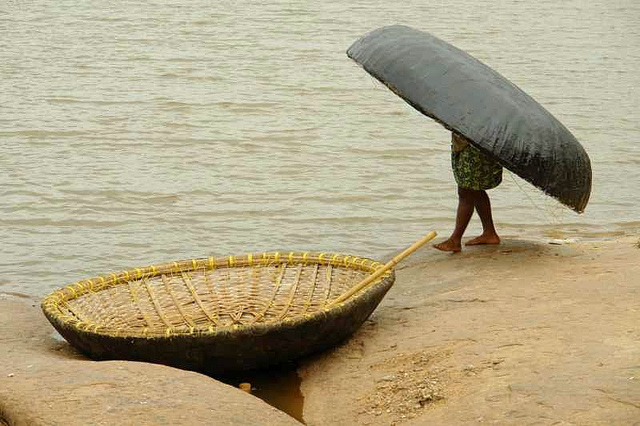 I call this photograph “A coracle takes a walk”. While one lies unused on the shore, the other is being carried by its owner, whose head is completely covered by it. This image is a result of Hellmuth’s advice to stop and notice the little things that would make an interesting shot, instead of clicking away in hundreds.

I found this tailor’s shop as I was walking in Hampi Bazaar. The clothes in the background were bright and cheerful, with the dull metal machine in the front of the shop. This is one of my early attempts at an abstract picture, trying to suggest a subject instead of fully displaying it. It was also an experiment with opening the aperture fully to get a shallow depth of field — with the foreground sharply in focus and the background a blur. 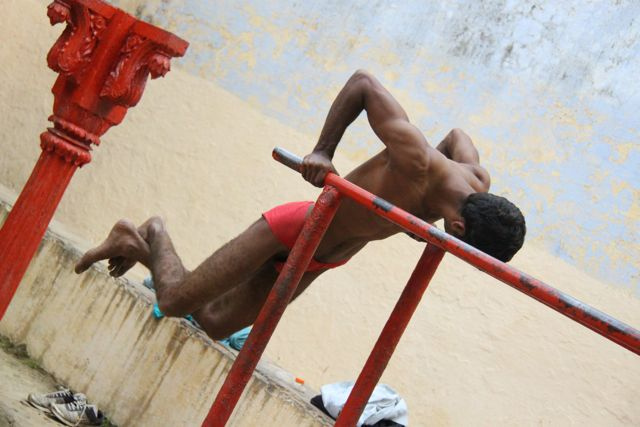 This is a scene from Tulsi akhada capturing a small part of a wrestler’s exercise regimen before he gets into the main wrestling arena. It is a quiet moment he has to himself while other students and the masters are busy either doing their own warm up or wrestling sessions. I shot with a forward tilt to make the frame more interesting and to emphasize the feeling of motion. And I also like that this kushtiwala is totally oblivious to the photographers swarming around him. 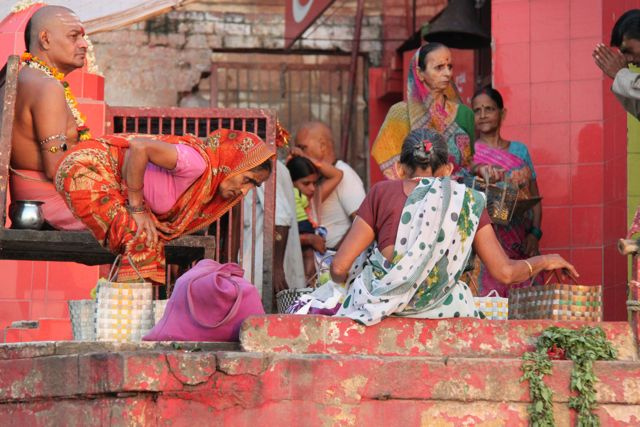 Here I have tried to capture the mood of a typical morning by the ghats in Varanasi. The steps are crowded with pilgrims, priests, and vendors of all things that people use in their search for salvation—from incense sticks to sandalwood. By keeping the frame tight, I portray how people are squeezed together, but also how there is space for everyone to do his or her own thing. 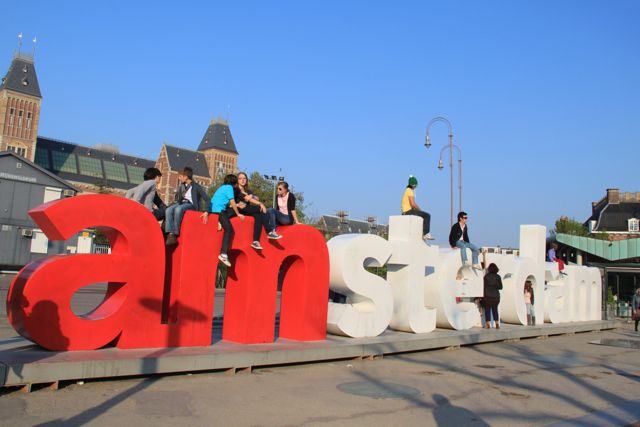 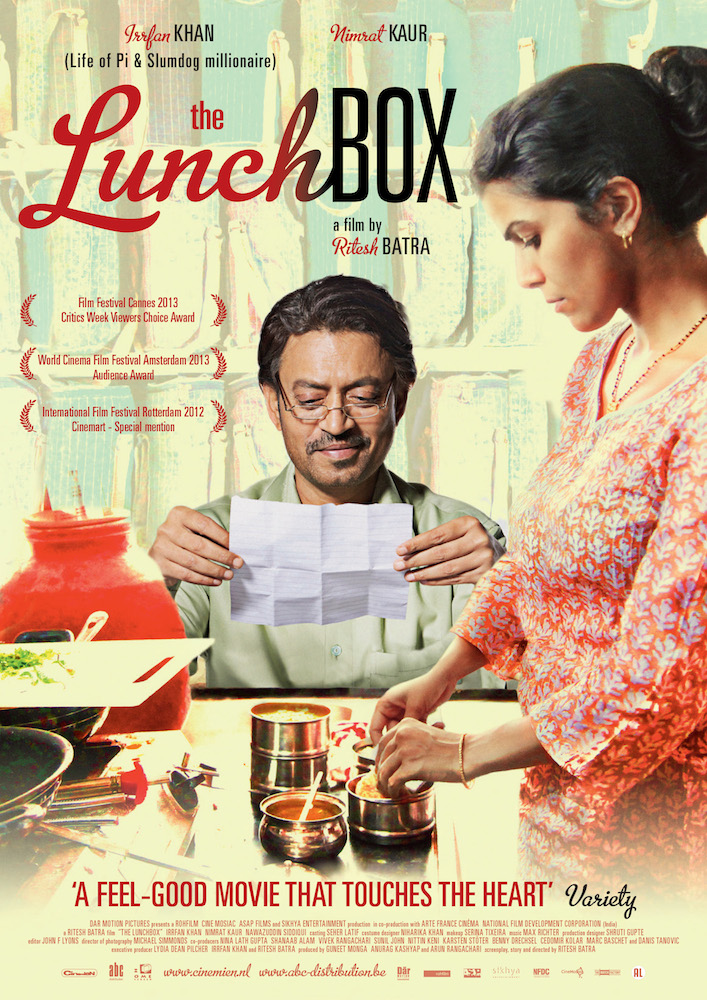 6 thoughts on “A picture perfect holiday”