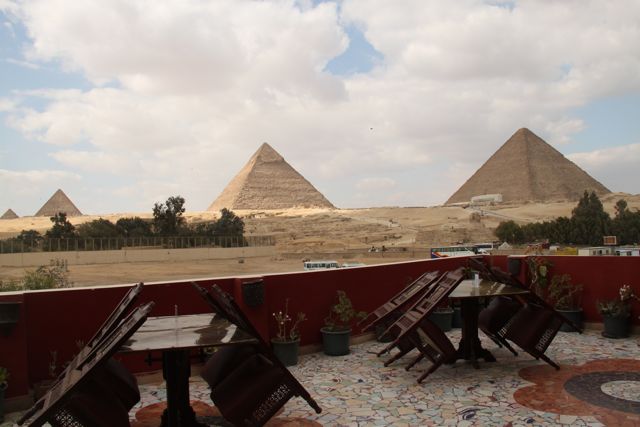 I am going to let you in on a secret in Cairo that has not yet been discovered by the hordes. Not yet. Though how long it will remain so is anyone’s guess.

With a magnificent view of the pyramids, Barry’s Oriental Restaurant is a gem. Quirky, colourful, friendly and serving good food – what more can you ask for?

Barry’s – owned by Abdel Bary, now Barry – is not easy to find and I suspect the owners have deliberately kept it so. Walk past the main entrance to the pyramids to the end of the road and Barry’s is on the building to your left. We went for an early lunch – noonish – since we had a flight back home later that day. And their main door was locked. We knocked and rang the bell and stood expectantly till a few locals decided to help us out by shouting out to the staff. Someone peeked down from the second floor and we were admitted inside, climbed up two fleets of stairs to the Barry’s terrace. All very hush hush.

The decor is flamboyant and over the top but not in a way that puts you off. Instead, it made me smile indulgently. Ornate chandeliers, leather sofas with menus pinned on to them, antique telephones and cheery signboards! What is not to like? 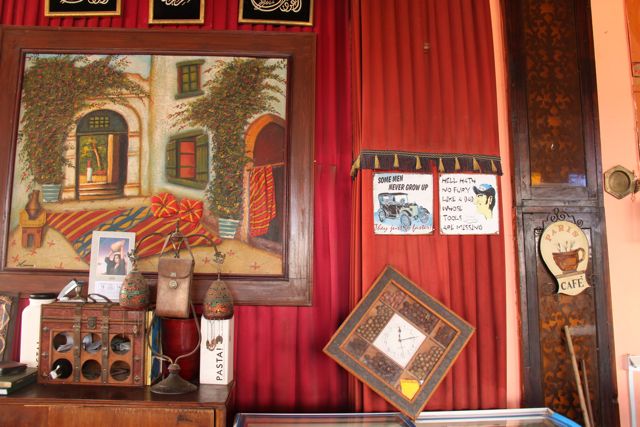 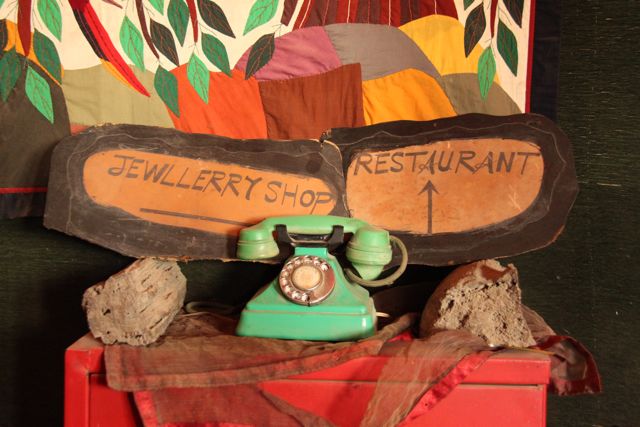 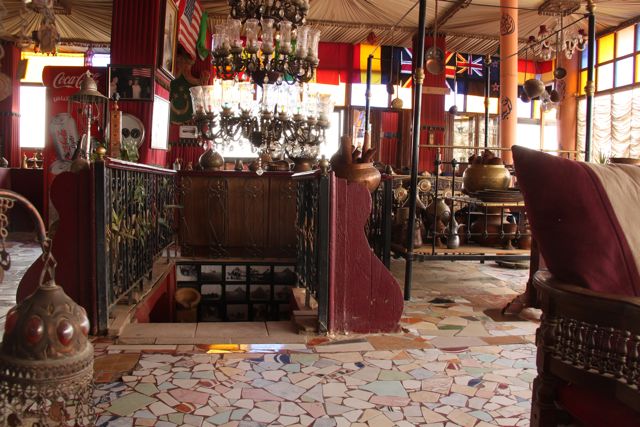 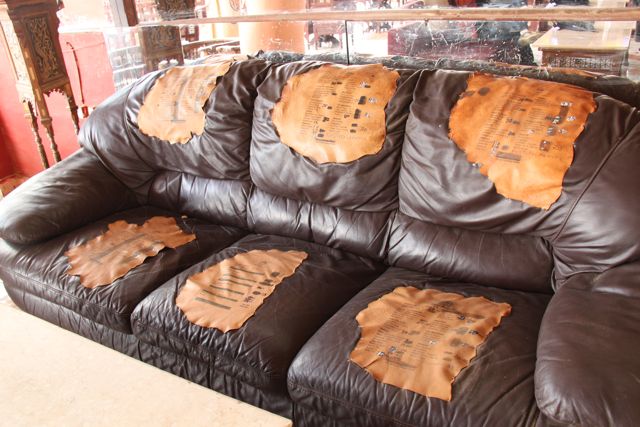 And all so worth it. Imagine having a dinner on that roof-top, with the pyramids all lit up and glorious as the backdrop. And I expect it will be all the more spectacular when the sound and light show is on at the pyramids.

Barry’s is expensive and they do charge something extra with your coffee or drink if you obviously seem to have landed there just for the view. But definitely go there for a meal. I only wish we had discovered it earlier, so we could have gone there for dinner instead of lunch. Oh, well. 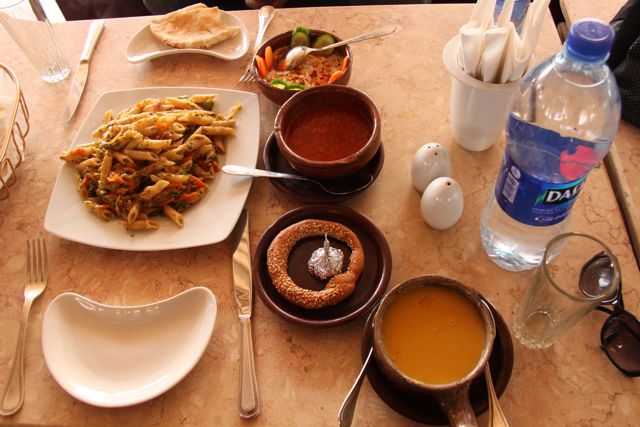 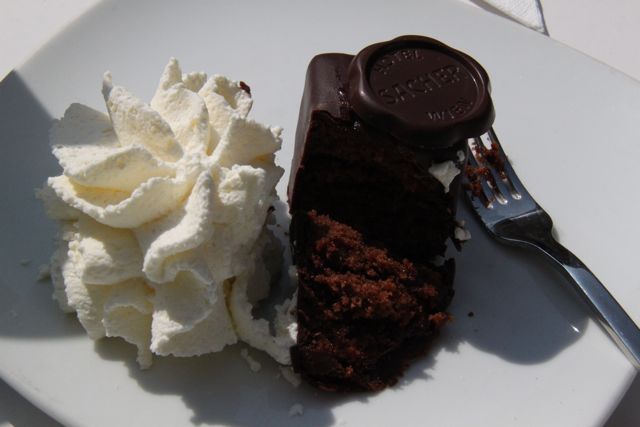 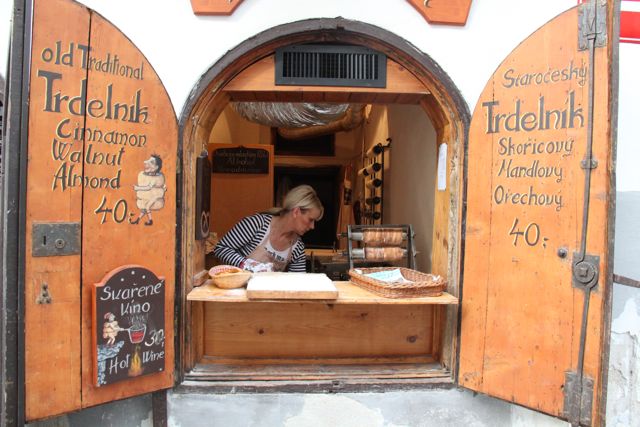 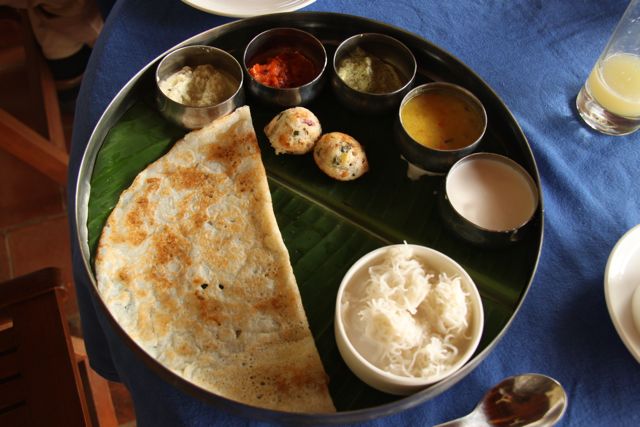 7 thoughts on “A cafe with a view”