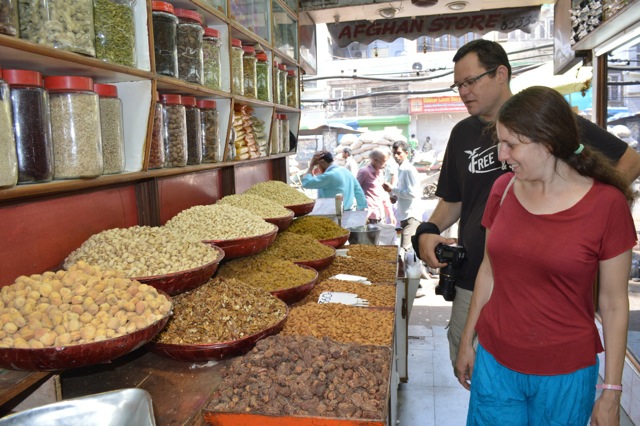 This winter, discover India on foot: lose yourself in its narrow lanes, bargain at local markets, drink chai at street stalls and talk to locals.

Customised walking tours are now a major attraction in many big cities such as Mumbai, Delhi, Chennai, Varanasi and Bengaluru. And, these are no random strolls around the old town but are carefully planned around specific themes, ranging from jewellery to history to street food. Here are some of our top picks:

1. Geology tour
What: Rock Walks
Who: Society to Save Rocks

The Deccan Plateau consists of spectacular grey granite rocks, which geologists believe go back 2,500 million years, when Earth’s crust first solidified. Go on a rock walk to understand the stories and structures behind the formations that dot Hyderabad’s landscape. These take place on the third Sunday of every month. 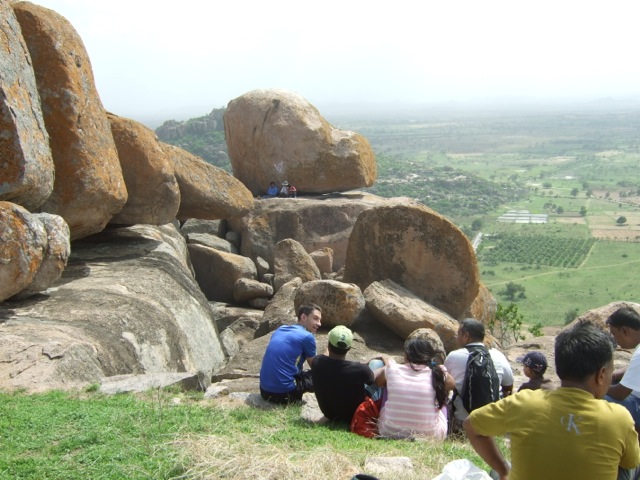 Once considered a dish only for the Nizams, the cornerstone of Hyderabadi cuisine has assimilated a variety of regional and foreign influences over time. On The Biryani Detour, explore the hidden hubs of this historic dish and find out what makes Hyderabadi biryani different from other versions. Make no plans for later, because you’ll be too full to do anything but nap.

Also consider: The Arts and Crafts Detour, which takes you into the sumptuous world of the Old City’s gold, pearls and diamonds.

Bengaluru is commonly known as the garden city of India, with parks such as Lalbagh and Cubbon Park contributing greatly to its green heritage. The Green Heritage Walk is a lovely Sunday morning stroll through Lalbagh Botanical Gardens with historian and naturalist Vijay Thiruvady. Lalbagh is home to ancient trees and over 50 species of migratory birds. The walk begins at 7.30am and ends with breakfast at MTR, another Bengaluru institution.

Bengaluru remains a small city at heart, made up of several cloistered neighbourhoods such as Malleswaram, Jayanagar, Basavangudi and Shivaji Nagar. Each of these used to be home to a specific regional or religious community, and still has a unique character. The Parichay walks by the Indian National Trust for Art and Cultural Heritage are a great way to get to know these areas and what makes them special. From flower markets to forts and palaces, temples to mosques and churches, they help you discover the city.

Gems and jewellery have always been close to Indian hearts, and Chennai is known for producing exquisite ornaments. The Jewellery Trail takes you through the lanes of Mylapore, one of Chennai’s oldest neighbourhoods, into the workshops where these beautiful pieces are handcrafted. Understand the history of gold and precious gemstones, listen to legends and myths about jewellery on this dazzling tour.

Also consider: Mystic Trail, which decodes the mysticism and superstition that are woven into the fabric of everyday Indian life. 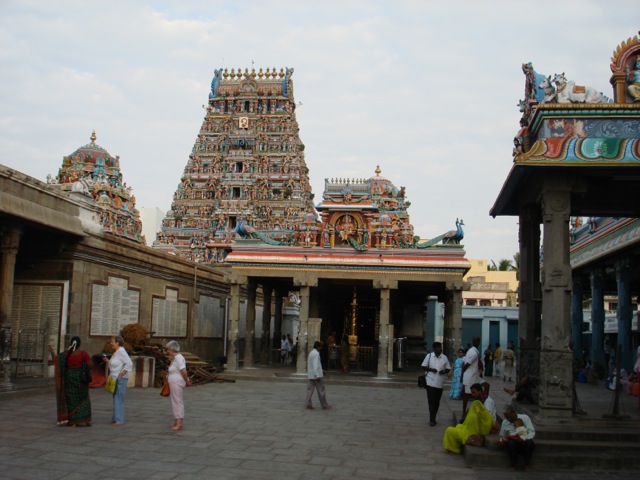 Stroll through the streets with likeminded photographers who exchange notes about their experience of the walk and the shooting process. The Sunday Photowalk happens twice every month on Sunday mornings and is conducted by a group leader. The route changes as per the theme, which could be anything: history, food, architecture, gardens and so on.

1. Culture trail
What: Confluence of Cultures
Who: Calcutta Walks

Kolkata is a city of many cultures, indelibly influenced by the various communities, including the Chinese, Parsis, Armenians, Anglo Indians and Marwaris, once calling it home. Peek into the lifestyles, art, architecture and cuisine of these communities with Confluence of Cultures, and learn what makes the city a real melting pot.

Also consider: Bringing the Goddess to Earth, a walk centred on Kolkata’s lifeline, the Hooghly River. See what life is like for those who depend on this river, from the fresh flower-sellers to the clay idol-makers of Kumartuli.

2. Ramble through the Raj
What: Dalhousie Square
Who: Let’s Meet Up Tours

With this Heritage Walk, you can follow in the footsteps of the British, starting from the ‘White Town’ developed by the East India Company. This walk combines an exploration of stately Raj-era buildings with a boat ride on the Hooghly.

The imposing monuments that tell a thousand stories, the rich aromas of sizzling jalebis and parathas—Old Delhi lends itself remarkably to detailed exploration. Do the Jama Masjid and the Lanes of Old Delhi: walk down the narrow lanes around the 17th-century mosque and climb up the towers for excellent views of the old city. Make sure you stop regularly for the deep-fried good stuff.

Also consider: Hauz Khas, a maze of gorgeous ruins that was once a reservoir for the royals. 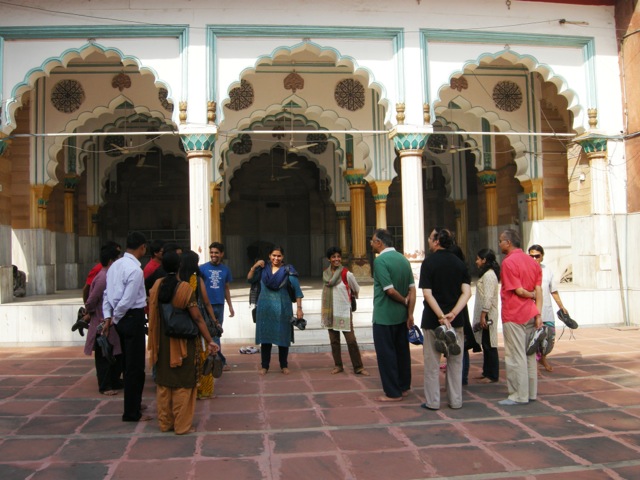 Created in the 17th century by Shah Jahan’s daughter Jahan Ara, Chandni Chowk is still the capital’s go-to shopping zone during wedding season, with everything you need available, from card-printing to jewellery to bridal lehengas. With the Wedding Market Tour, you can explore the bustling lanes of Kinari Bazaar and Dariba Kalan, and see what it takes to create that beautiful traditional wedding.

1. Book tour
What: Bookworming
Who: Beyond Bombay

Mumbai has been the backdrop for some of the greatest literature about India, and for good reason: the city is populated with some of the most colourful characters you can hope to meet. With Bookworming, explore the city as Maximum City writer Suketu Mehta did, by following in the footsteps of a character from the book, Babbanji Bihari, a Bihari immigrant who moves to Mumbai in search of a better life. Or you could do a Shantaram tour, based on Gregory David Roberts’s bestselling novel, which will take you through the hidden lanes of this charming, chaotic city.

Also consider: Thali Tripping, an eating tour that includes classic Irani cafés and hole-in-the-wall idli joints (Mumbai has them all!). And, if you have the stomach space, also take in legends such as Chetana and Golden Star serving Gujarati thalis, complete with aamras in season. 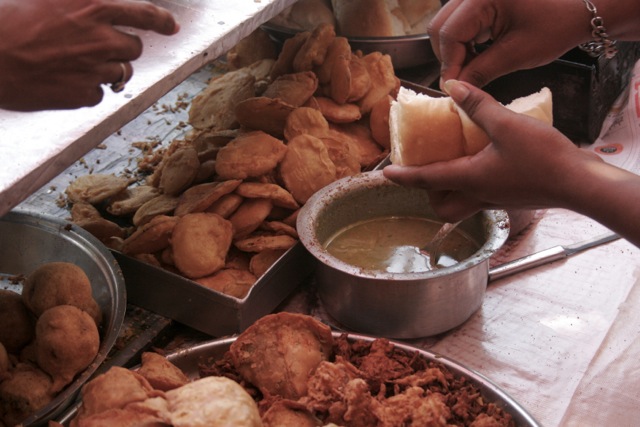 The stately buildings of South Mumbai are among the British Raj’s greatest legacies, and the area is littered with cultural hotspots and lovely art galleries and shops. Join the Art Walk at Kala Ghoda and enjoy a peaceful stroll through the art precinct of Kala Ghoda, named after the black horse of King Edward VII. This is a great introduction to Indian art, past and present.

1. By the Ganga
What: Varanasi Ganges Walk
Who: Vedic Walks

In Varanasi, there is no getting away from the Ganga; the river is at the centre of all aspects of life. With the Varanasi Ganges Walk, feel like a local as you chance upon hidden corners of the city. Tread through the bylanes and ghats, chat with local boatmen and watch the daily aarti on the banks of the river. And save time to buy some stunning Benarasi saris. 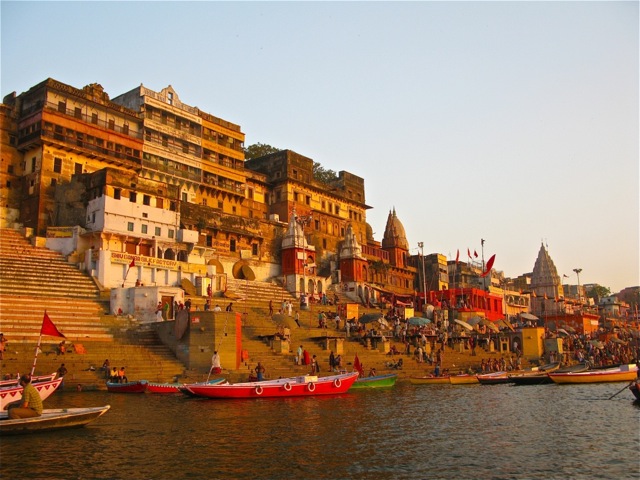 2. Walk through tradition
What: Northern bazaars and hidden alleys
Who: Varanasi Walks

You’ll feel like you’re walking into another time in this ancient, holy city that is still deeply rooted in its past. Escape the chaos of the central ghats with the Northern Bazaars and Hidden Alleys tour, and explore secret passageways to the city’s holiest and oldest sites.

Also consider: Walking the Bengali Tola, which takes you around the streets inhabited by the Bengali community and their cultural landmarks.

***
Published in Conde Nast Traveller on December 03, 2014 – read it online here… (all images attributed to the respective walk organiser) 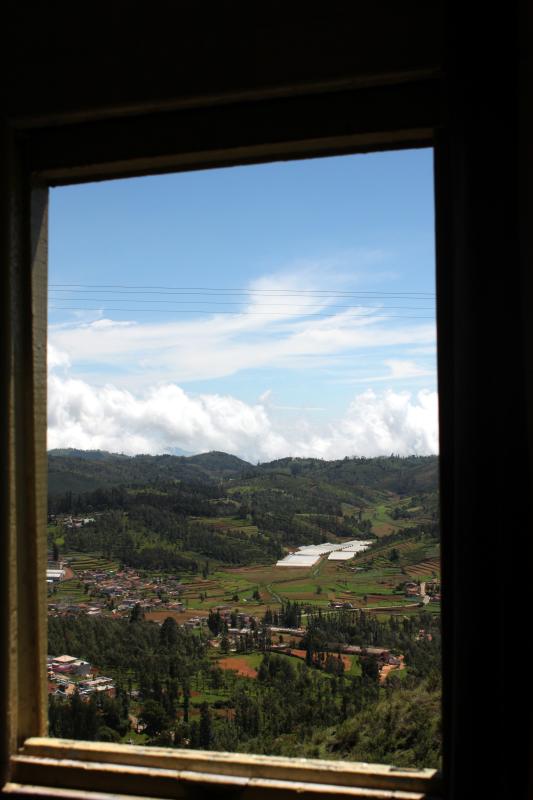 4 thoughts on “This winter, take a walk”