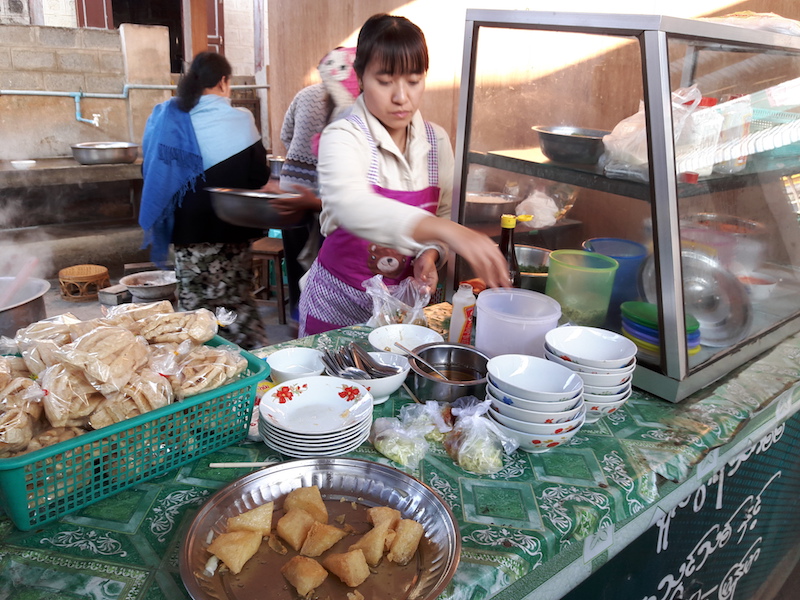 It was a pleasant winter morning in Nyaung Shwe, the small town in the Shan region in eastern Myanmar. Even at that early hour, there were people milling around on the narrow lanes. Many of them were travellers, on their way to Inle Lake, one of Myanmar’s most popular tourist destinations.

The others, locals all, were either sitting on wobbly plastic chairs clustered around plastic tables inside small shacks. Or they were walking purposefully towards one such shack.

These roadside cafés were not just makeshift breakfast joints but also served a serious purpose as social hubs for the local population. Here was where they caught up with news – either in the form of the printed word or in the form of gossip – over their morning soups. 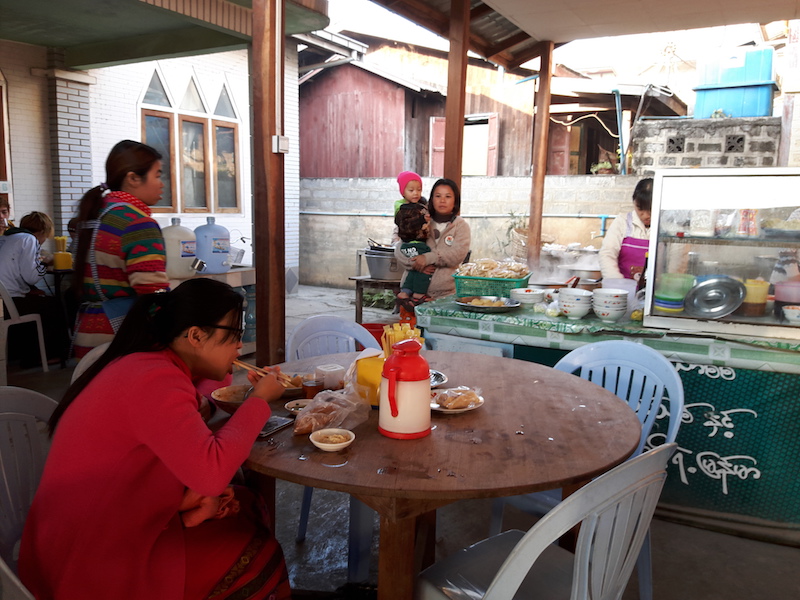 I was also headed to one of those, following my guide Aye, who assured me that it was the most popular. I had eschewed the usual bland fare served at my resort, for a local breakfast of the Tohu Nuway soup that was special to the Shan region.

When I had first read the description for Shan Tohu Nuway, it was not the most promising, I assure you. A soup with tofu? Blah, even if it is Burmese tofu. But these blogs from seasoned travellers had said it was a must have, and who was I to protest?

And then, it was also a vegetarian dish, a blessing I would usually grab with both hands and warm words of thanks. Myanmar, I discovered, has a wide repertoire of vegetarian dishes, perhaps because it is culturally closer to South Asia (think Nepalese lentil curries and Sri Lankan coconut gravies) than South East.

The main meals had been easy thus far, with Myanmar’s incredible range of salads, from the very quirky and tasty fermented tea leaf salad to the more sedate ones like those with green tomato or avocado. But I was a bit unsure about this breakfast soup.

In any case, the Tohu Nuway soup turned out to be absolutely delicious, the tofu here made of mashed chickpea and served as a warm gloop as a topping. The texture of this tofu was creamy and silky, very unlike the crumbly soy tofu that I tended to steer clear of.

My first spoonful was tentative, suspicious; but after that, it was all over in a quick and undignified flash of slurps. It was a sublime marriage of tastes and textures.

The tohu paste, I discovered, is kept warm, and poured on to a liquidy soup of flash-boiled noodles. It is then further topped with all manners of delicious and crunchy things, including roasted garlic, pounded peanuts, toasted sesame, cabbage and parsley. 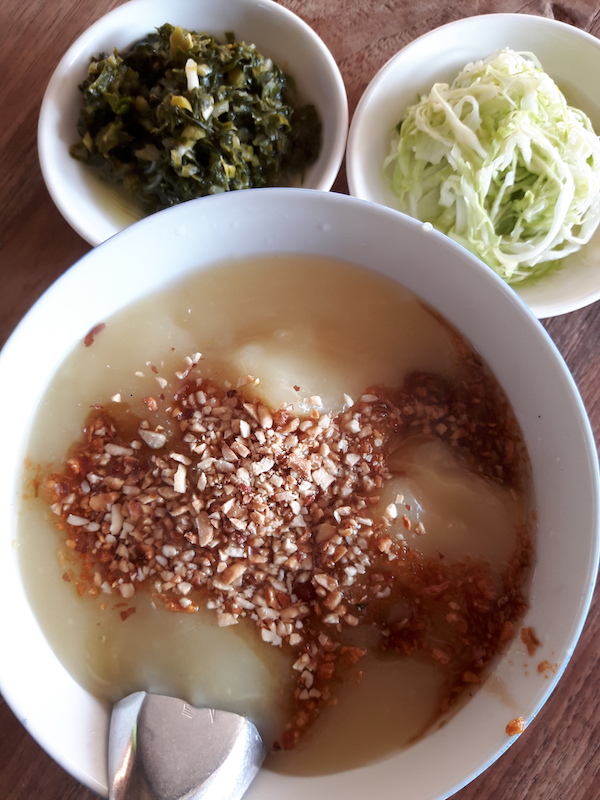 But it was that last addition, a crunchy chilli paste, that really made my blasé sub-continental palate sing. And go back for it the next morning. 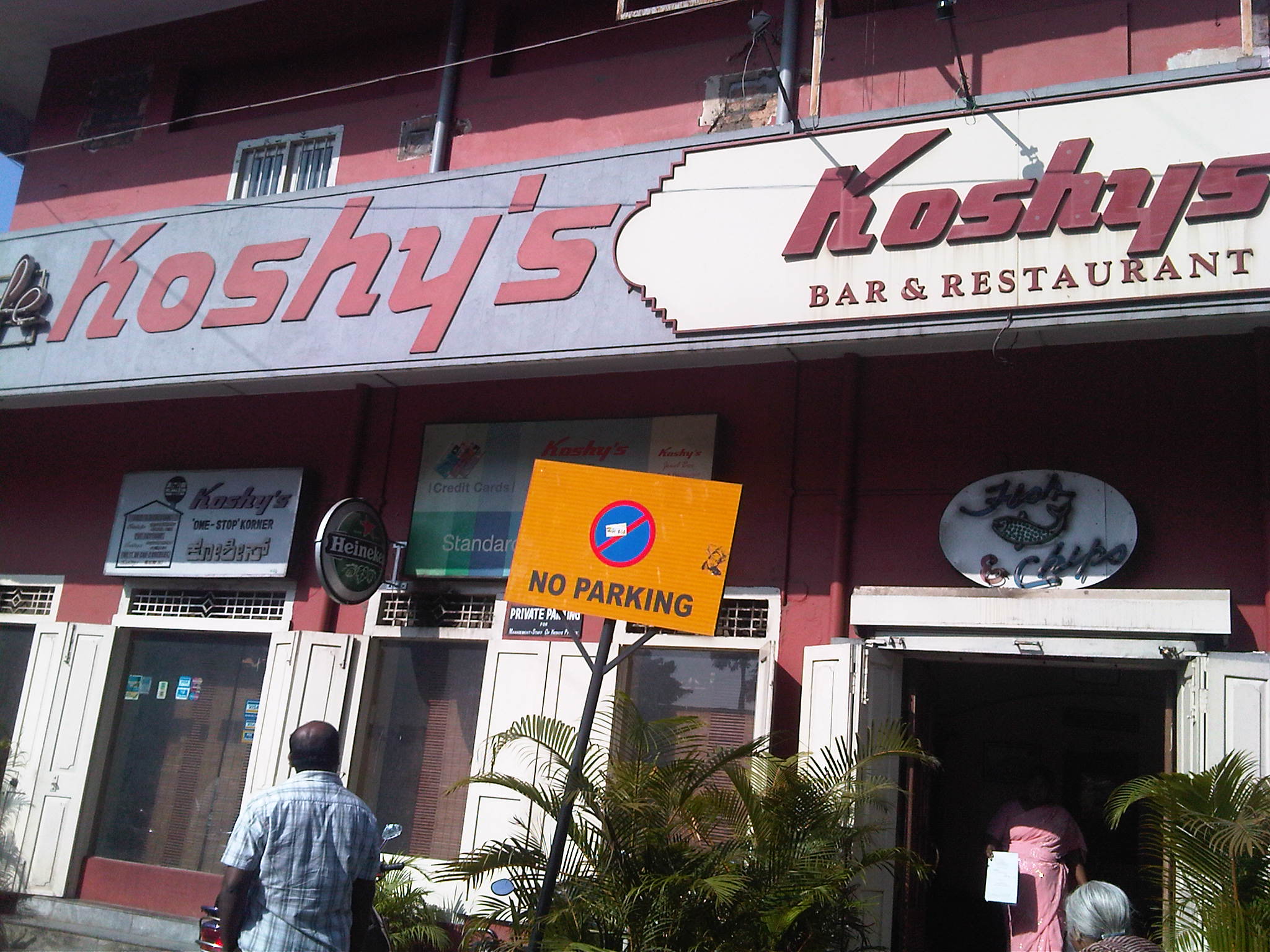 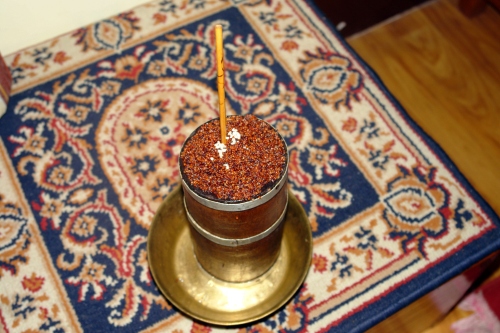 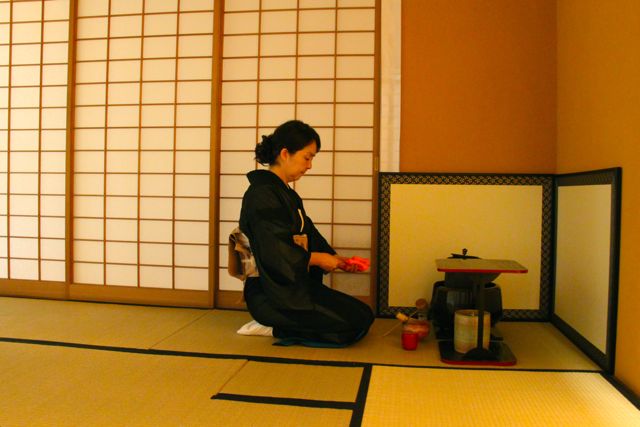 Not just a cup of tea