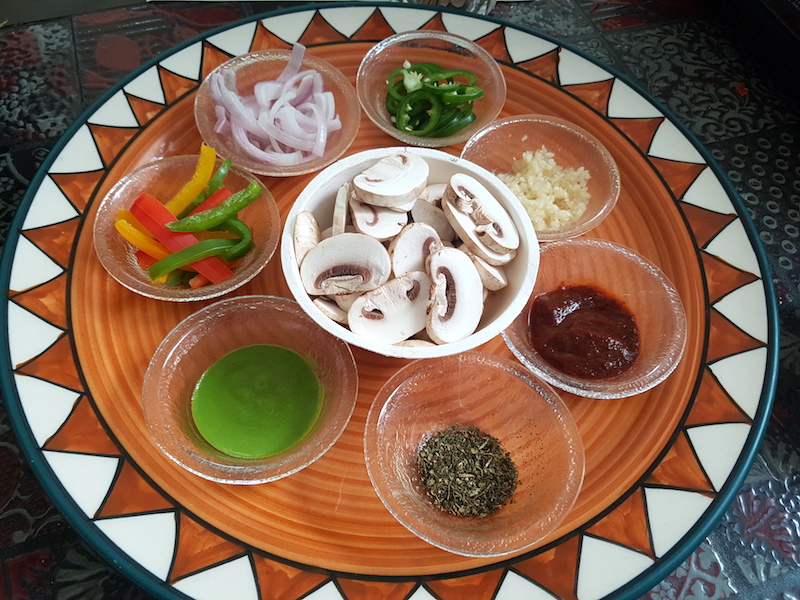 A couple of weeks ago, I attended a cooking lesson at Sanchez, the fun Mexican restaurant on the terrace of UB City. Mexican cuisine is one of my favourites – ok, Indianised Mexican food (since I believe there are not much vegetarian options in Mexico itself!) but there are not too many good Mexican restaurants in the city. Therefore, Sanchez has been a popular dinner place at our home, and of course, for occasional lunches with friends too, fuelled by nachos and Margaritas. 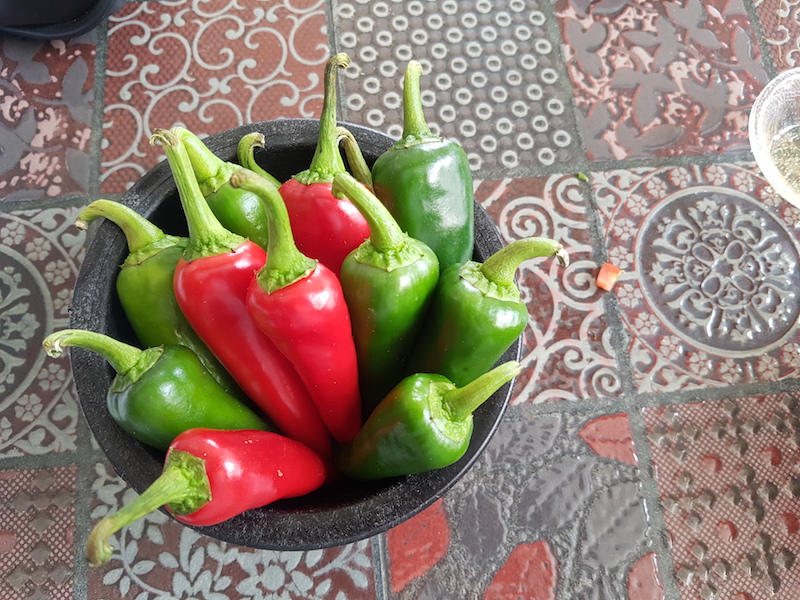 The event, with a cooking class by chef Vikas Seth, was curated by Ruth D’Souza Prabhu of Bangalore’s Restaurants. We were a mixed bunch of journalists, food bloggers, restauranters and people from the travel industry. The chef welcomed us warmly along with Ruth and gifted each of us with a copy of his glossy book of notes about the dishes at Sanchez and Sriracha (the pan-Asian eatery next door). 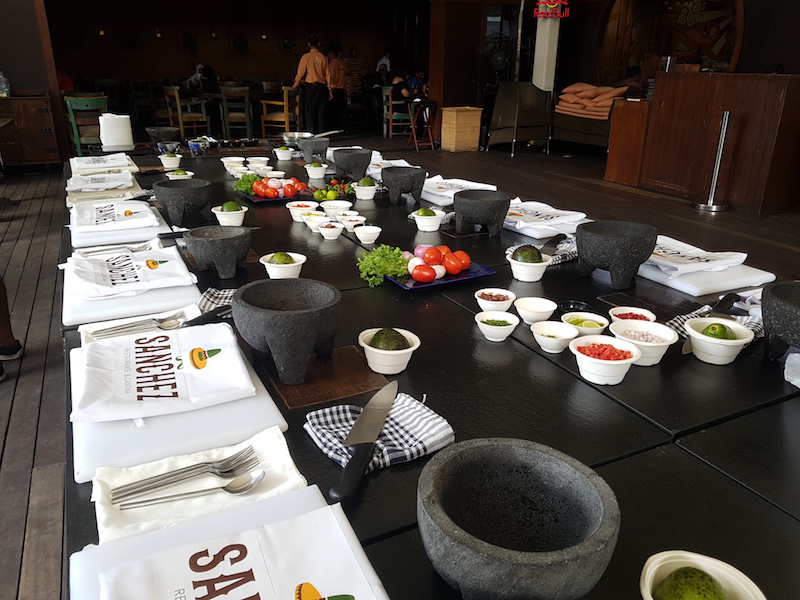 Chef Vikas Seth had recently spent some time travelling in Mexico and regaled us with stories from his travels (including an apocryphal one about the origin of the word Nachos) throughout the lesson. The plan for the evening was simple and delicious, starting with a chunky guacamole on a stone molcajete (traditional Mexican mortar and pestle), mild on spice but high on flavour. 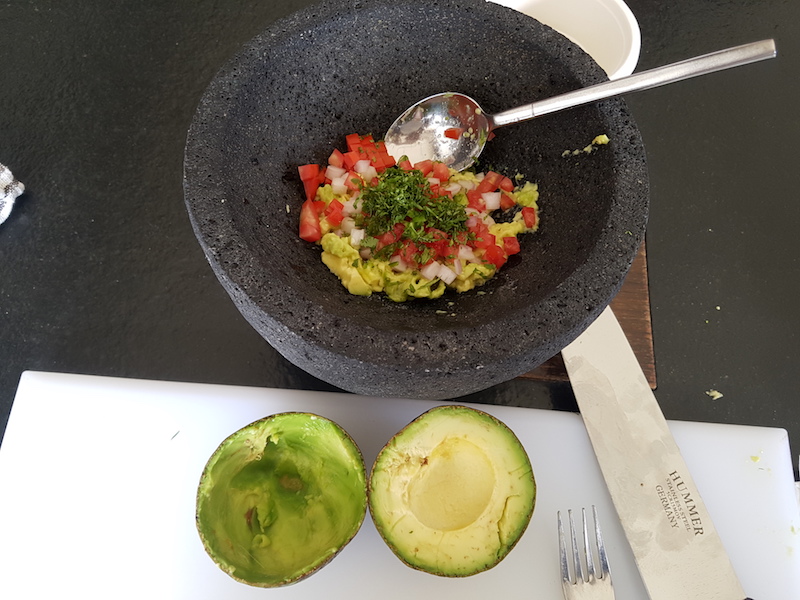 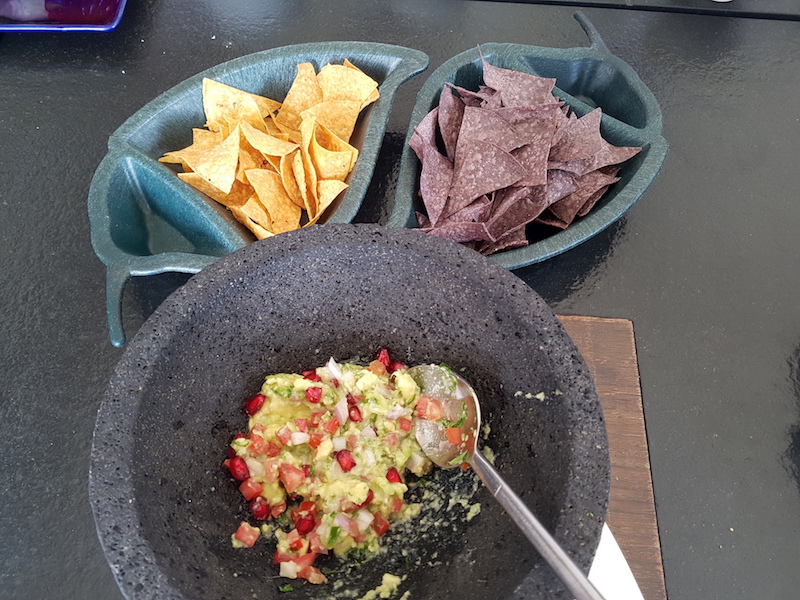 We were meant to eat the guacamole later with yellow and purple corn chips, but all the dishes rapidly became empty, as we kept digging into the dip with the crisp nachos.

Meanwhile, the grill had been set up to prepare for the salsa and the corn on the cob dishes to follow. And by the plump tomatoes and garlic pods, and shiny cobs of corn came out of the grill, we had kneaded the flour for the tacos by hand. 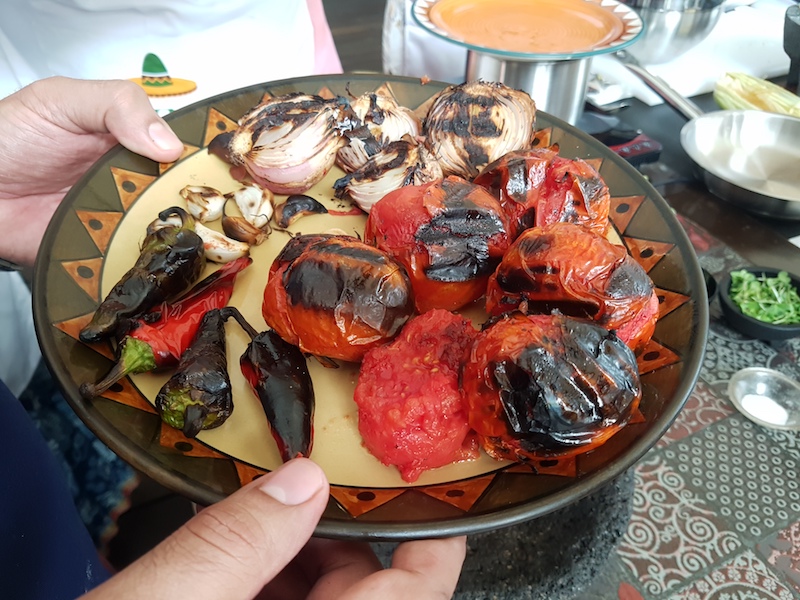 The chef then ground the spicy salsa by hand, the tomatoes getting crushed coarsely along with the onions, jalapeno peppers and garlic. 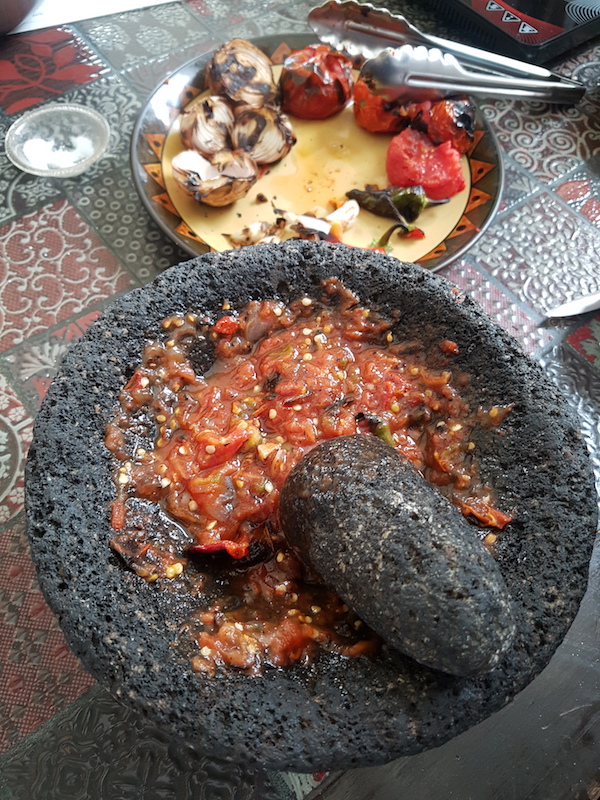 The corn also got a complete makeover in the form of a generous coating with mayonnaise and grated cheese. 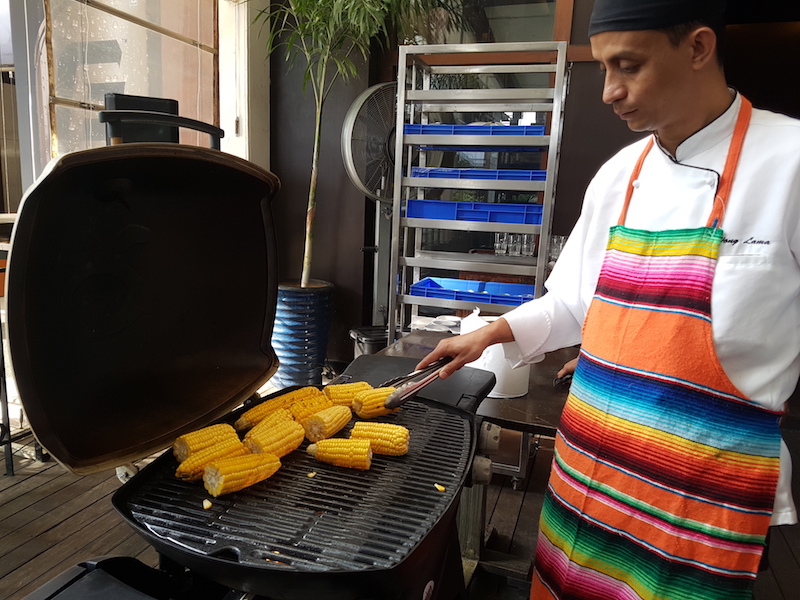 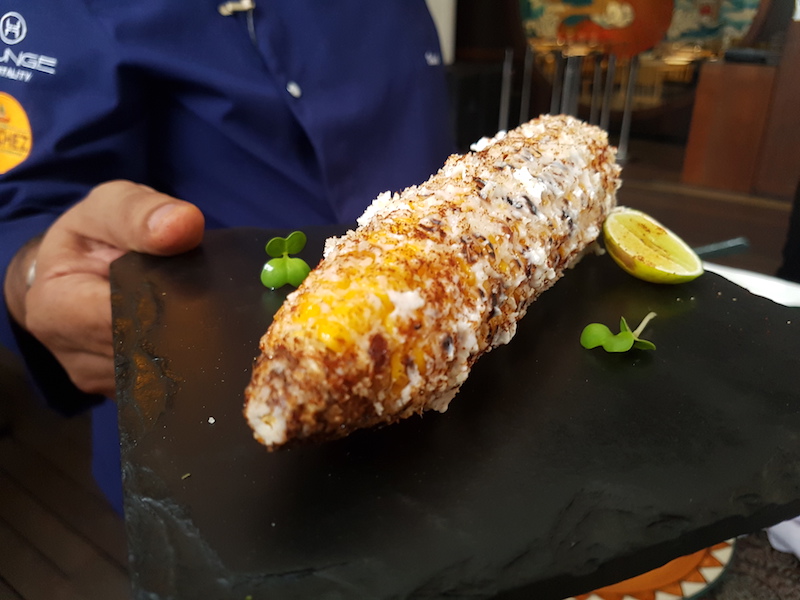 It was then time to prepare the final dish of the day, tacos filled with (in my case) a piquant epazote mushroom mix, with the tacos in three versions: plain cornflour, spinach and beetroot. 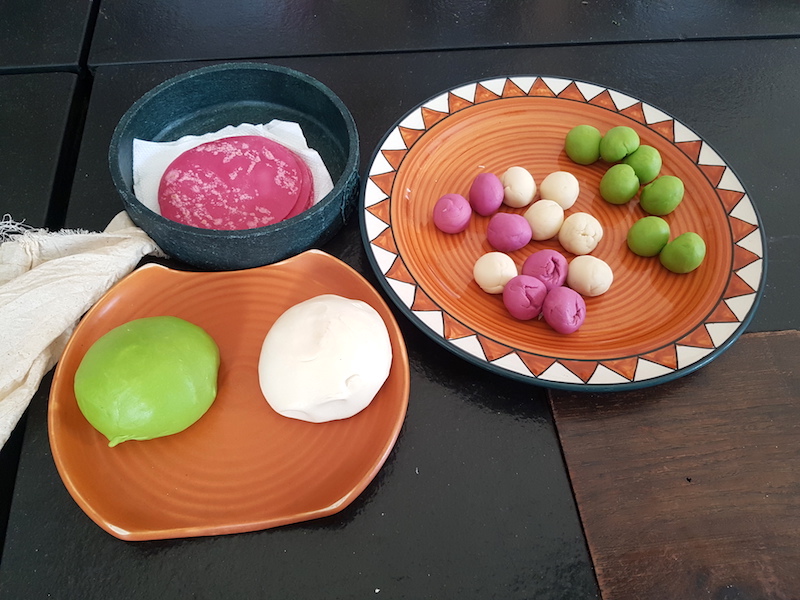 I created a quick stir-fry of the mushroom under the chef’s guidance and by that time, the prawn and chicken fillings had got ready. 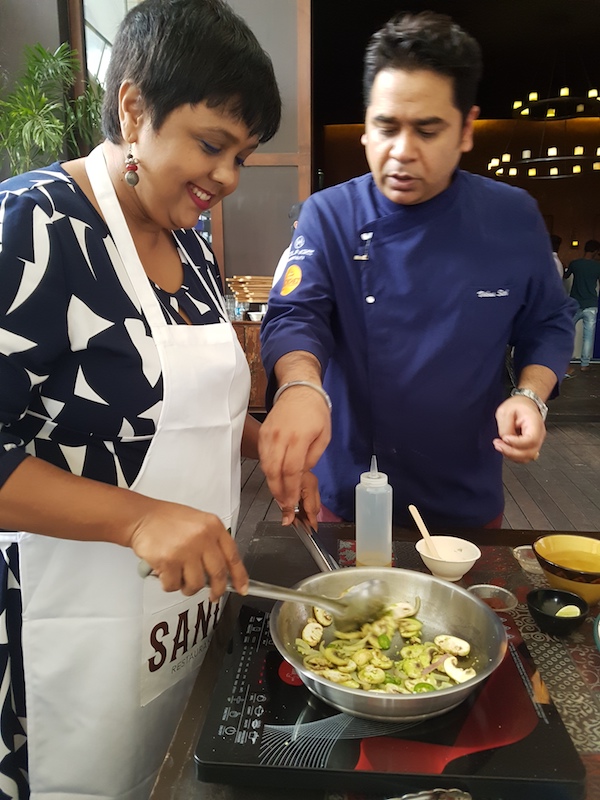 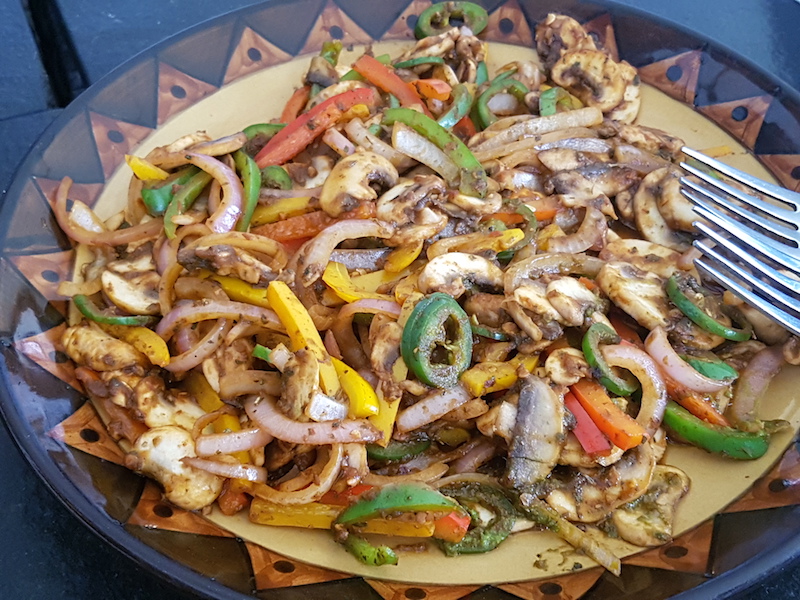 And then we set about assembling the tacos – with a first layer of soft beans, and then the filling, finally topped with sour cream. All of it rolled up and gobbled up immediately before we could finish saying ‘Viva Mexico!’ 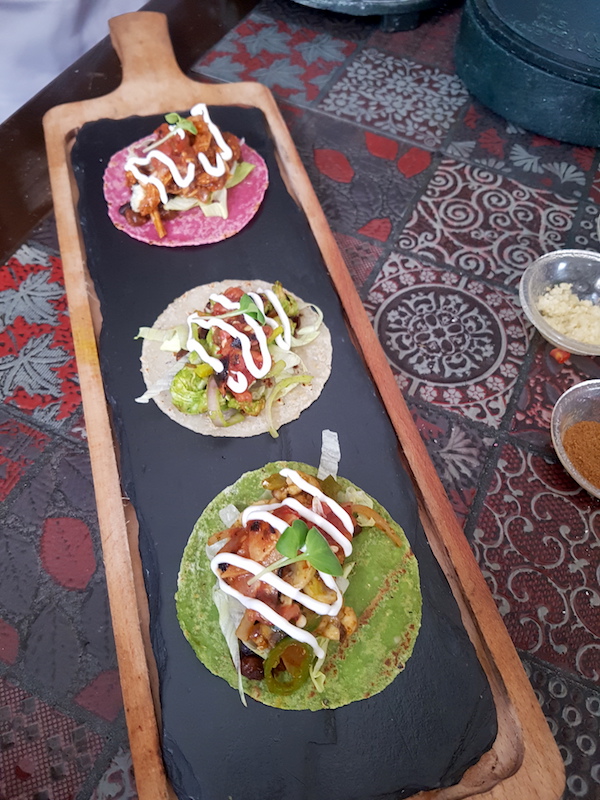 Much fun was had, much photos taken on phones and cameras, and much food was cooked and consumed over these two hours. The only thing missing was the flow of Margaritas to wash these Mexican dishes down.

I hope you are listening, Ruth!

– Cut avocado in half, remove seed and scoop out avocado from the peel. Put in a mixing bowl.
– Using a fork, mash the avocado but keep it chunky. Add the rest of the ingredients and mix.
– Cover with cling warp and refrigerate till time to serve. 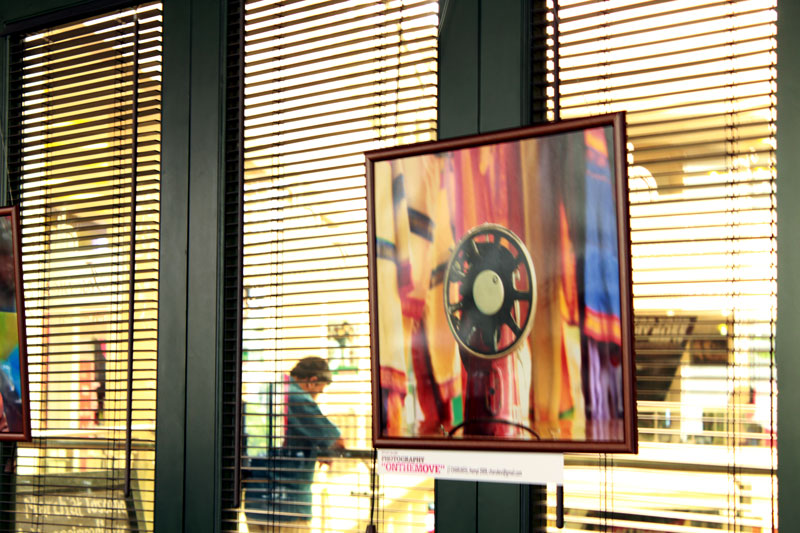 Food? Or art? Or religion?