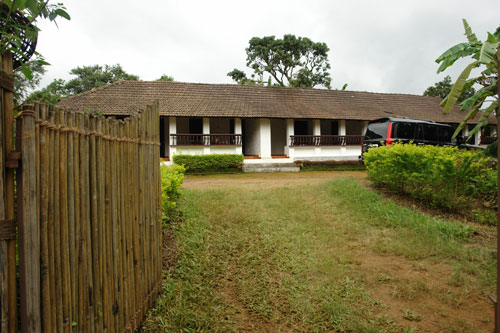 I had asked if it was a good idea to go to Kerala in the rains. Turns out it was. The three days we spent in Wayanad, the weather was perfect. Grey and cloudy, some would call it – I saw it as moody and romantic. And the last day, when we were getting ready to leave, the sun actually came out to say goodbye and come back. Oh, I will. 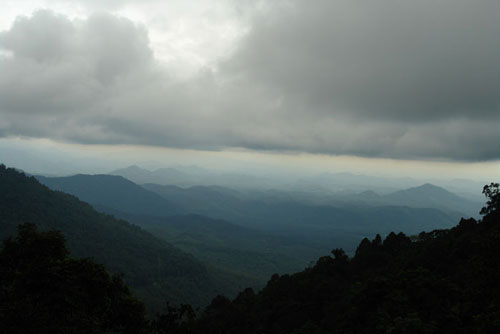 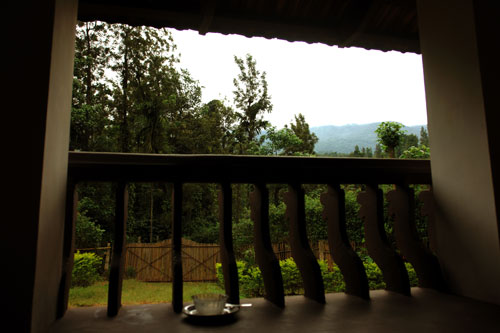 We stayed at the Annapara homestay – end of a mud road, only five rooms, no electricity, weak mobile signal, a fantastic cook. Bliss. And right in front of our room, the Chembra peak, covered in right mossy green. And a smaller peak right next to it, forever playing hide and seek with the mist and clouds – we did not get to see the actual peak in all the time we were there. Annapara, meaning the elephant rock, perhaps named after that very hill? We’ll never know. 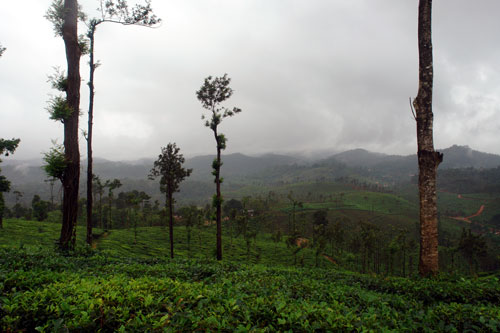 We were lucky enough to have the place entirely to ourselves on the first day, when the rest of the world was busy at work and dreaming of the long weekend to come. A long walk in the muddy narrow trails of the estate (spread over 400 acres) with Praveen, our guide from Annapara pointing out the trees and flowers and the occasional rare birds – and the tiny leeches all along the way.

Out of the gate and to the right, coffee and tea plantations. Some pepper and vanilla too. But it is the tea plantations that are most visually appealing; they sprawl over the hills in a thick green carpet, with thin silveroak trees scattered in between in an indifferent manner – and best of all the women at work in the plantations, carefully plucking the tea leaves, heads protected by plastic against any sudden downpours. Shy smiles directed at my camera and nervous looks directed at the supervisor, who finally thaws when I start chatting with him. 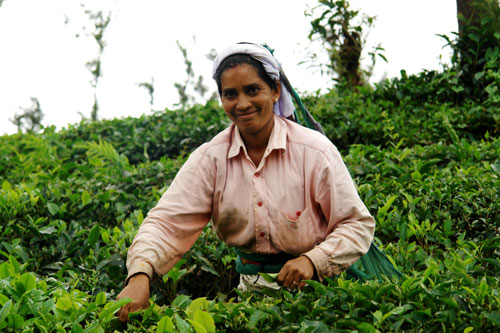 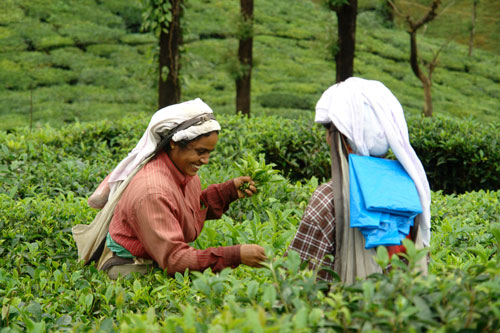 And the noises – crickets, cicadas and some extremely rude argumentative birds, right in front of my room. And the flowers, a riot of colors, each begging me to invest in that SLR and macro lens now.

And the mellow light of lanterns hung in the verandah late at night. 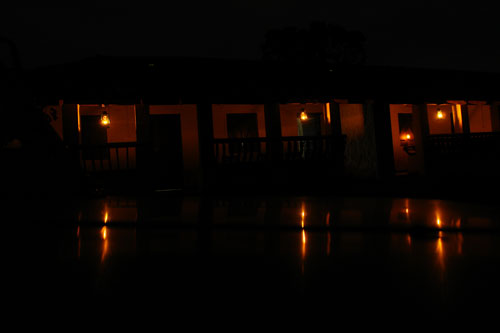 To leave all that and get back to the real world. Three days later, I am still fighting the withdrawal symptoms…

12 thoughts on “Long weekend in Wayanad”