My favourite spot inside the Meenakshi temple is not the long corridors where people sit for hours, staring at the lotus pond or the imposing towers. Nor under the stunning paintings of the god and goddess, a million stories including the divine wedding, on the walls of the corridors. 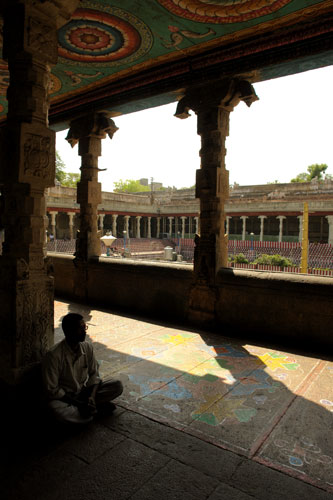 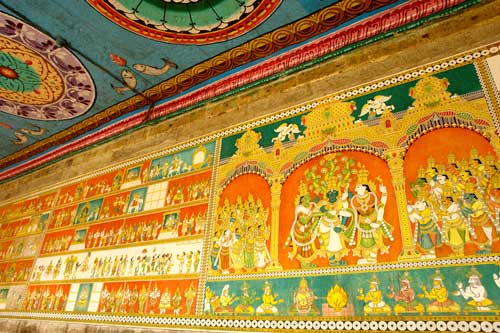 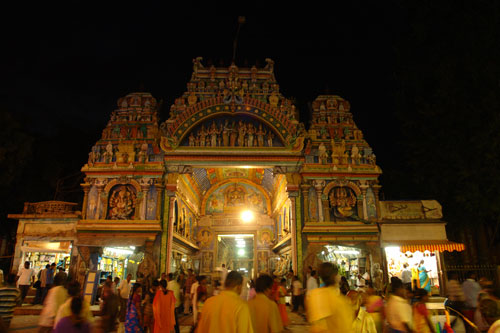 It is not in the narrow lanes leading out of the temple, tiny shops on either side selling authentic kunkumam and turmeric and photographs of the temple idols. It is not even near the altars of Sundareshwarar, or Meenakshi or further in, the garba griha. 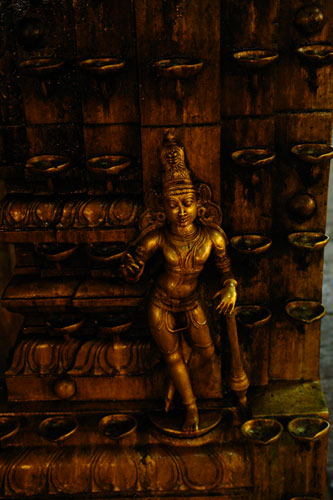 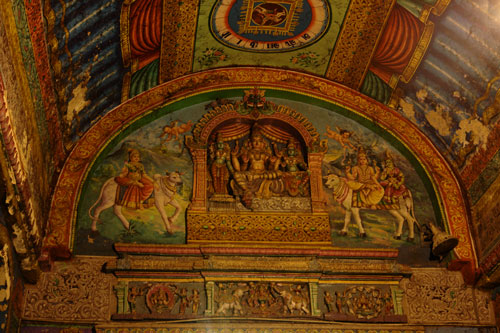 I love all of these, just as I love the temple itself for the teeming life in and around it at all times.

Each time I visit the temple, I pass through all these, and head to the Hanuman statue on the wall in one obscure corner of the temple. Like all South Indian temples, the Meenakshiamman koil sends you on sensory over-drive. And in this space, as sacred for many as the other main sanctum, it is smell that is the overwhelming sense. 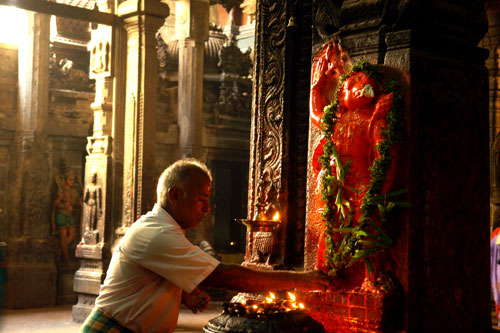 A devotee stands in front of the statue, eyes closed deep in prayer, as another shows a karpura arati – the smell of burning camphor, strong by itself, mingles with the other smells in the air. The immediate bouquet is of the camphor vermilion kunkum and the coats of fresh butter that worshipers have smeared on the statue. Between this, there is the whiff of jasmine, the malligaipoo that Madurai is famous for, hanging from the braided well-oiled hair of women as well as resting on the several puja plates being carried around. From the distance, the smell of a hundred lamps just about to go out wafts through; at the shrine of the navagraha, the nine planets, believers have lit tiny lamps, cotton wicks bathing in pungent sesame oil. 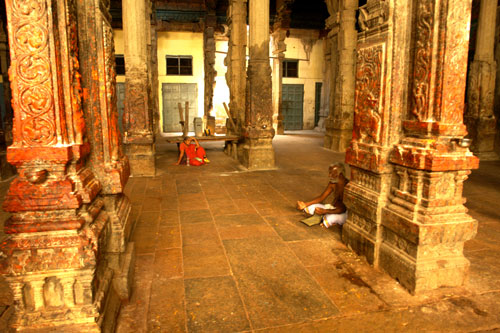 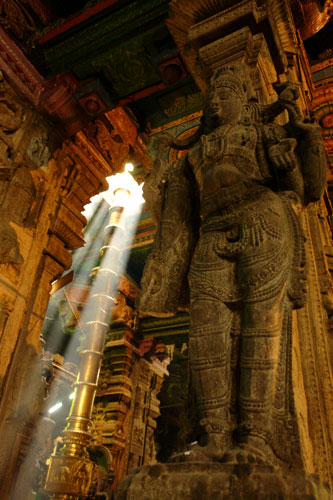 I sit there and take all this in. And the light from the skies flows in, washing over the entire scene and filling up the space; it finally settles on the faces of the people who have found their peace there… 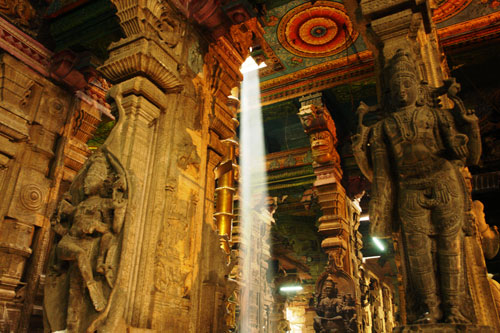 6 thoughts on “Memories of Meenakshi”