Himachal Pradesh / The hills are alive

The Tibetan community has been in Mcleodganj for close to five decades now, but the nostalgia for home and country is evident on the faces of Tibetans I see on the streets. Despite the trappings of modern life – cellphone, internet, fast food – that the community seems to have adopted, what stands out is the way they strive to preserve their traditional way of life. 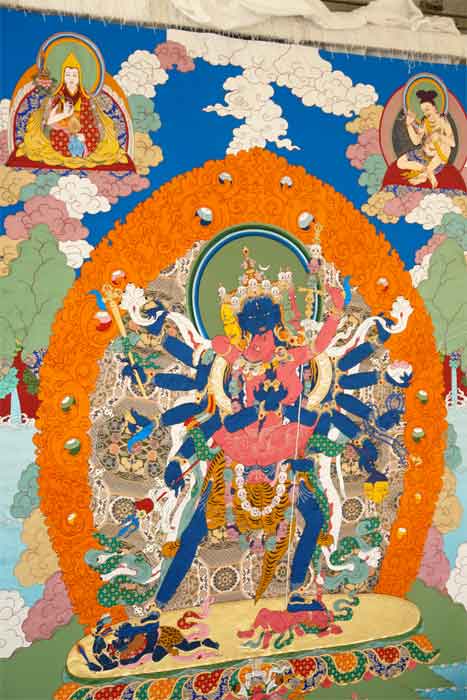 The most telling example of this is the Norbulingka Institute in the valley, set up and managed by the trust created by the Dalai Lama himself, a few kilometers from Dharamshala. Entering through the ornate gate from the dusty road off Dharamshala, I suddenly find myself in this sylvan campus, full of tiny bridges and cool streams and ornate arches. Norbulingka is the summer palace of the Dalai Lama back in Tibet; walking around the campus, I can sense the efforts of the Tibetan community to recreate that feel. 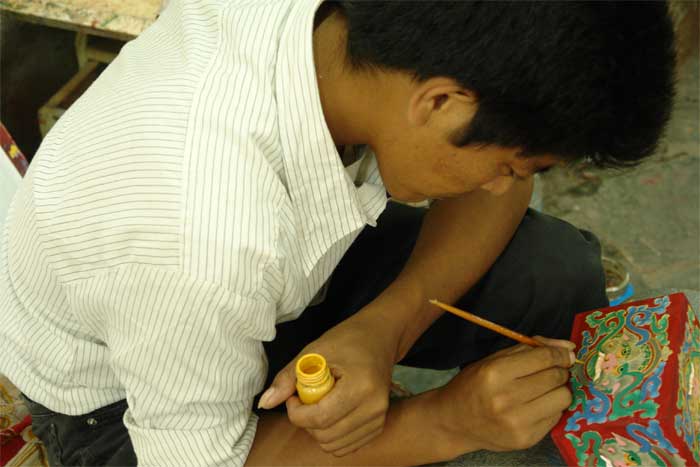 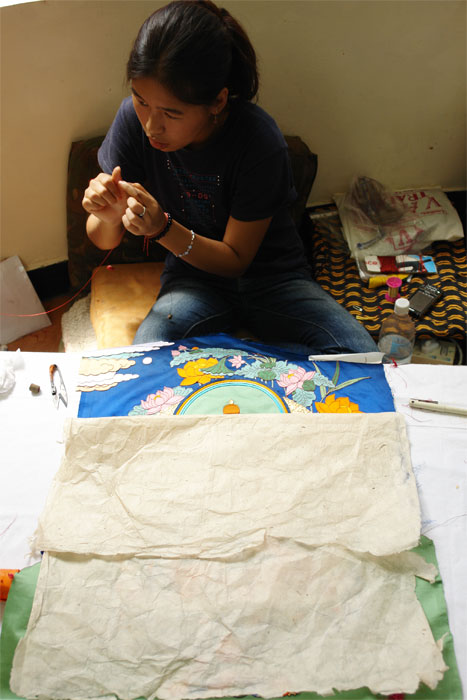 At the front office, a young novice monk offers to take us around; he has a script he has rehearsed well and the words flow off him easily. He is trying hard not to show his impatience as I stop at each workshop to admire the intricacy of skill involved; perhaps he needs to get back to the front gate where there are more visitors waiting for a guided tour, or perhaps he needs to join the group of young people working inside the rooms.

I am especially taken by the Thangka painting and applique work. A large piece of Thangka work can take up to six months to complete but then where is the hurry? Inside the large sunlit rooms, the apprentices are at work, most of them silent and focused, music plugged in to their ears to shut the noise of the outside world. Suddenly one of them behind me breaks into a loud ‘kaho na kaho’; Emraan Hashmi has a fan in the hills of Himachal. A couple of his friends look at him and then at me and grin before joining in the chorus. 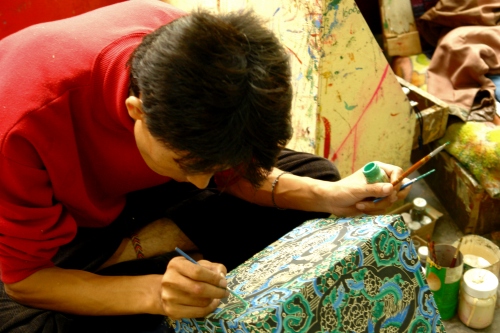 Guided tour over, the monk deposits us in front of the Losel dolls museum with strict instructions to visit the gift shop at the other end of the campus. By then I am glad he has left us; I am stopping not just to admire and photograph but also to read the descriptive cards under each of the exhibits. The museum has a large and fascinating collection of dolls depicting traditional Tibetan costumes and rituals over the centuries.

I leave the campus an hour later with a sense of a community trying hard to hang on to its roots, down in the valley, if not up in the mountains where a modern and non-Tibetan way of life is slowly eroding everything that is familiar to them.