It is still early evening when I head to the blue mosque, at the heart of the Sultanahmet area in Istanbul. Despite the quickly fading sunlight, Sultanahmet is bustling and crowded as always, with tourists and touts, crafty shop-owners and wary shoppers. I ignore all the calls and offers of the locals and join the other tourists ambling towards the gates of the mosque, stopping to take photographs ever so often. 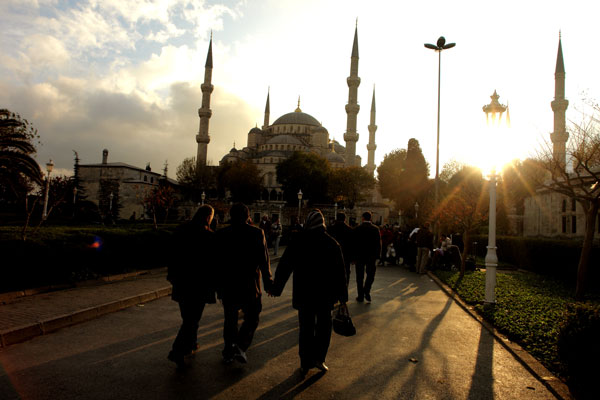 Called the Sultanahmet mosque after its patron, the mosque was completed in 1616 and features six towering minarets instead of the customary four (more history here). The mosque gets its more common name from the blue tiles adorning the walls, though from ground level, where I end up sitting, every inch of the walls and ceiling seems filled with a variety of brilliant colours and it is difficult to spot the blues. 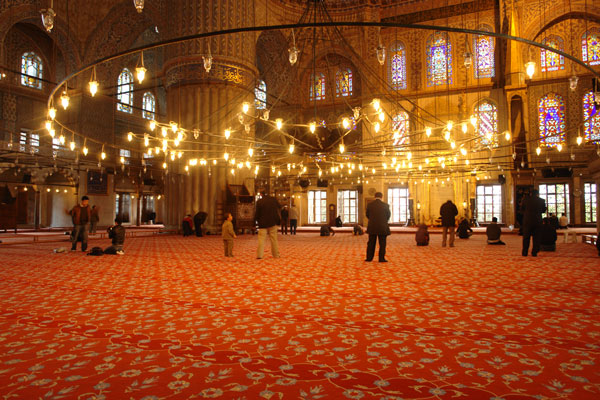 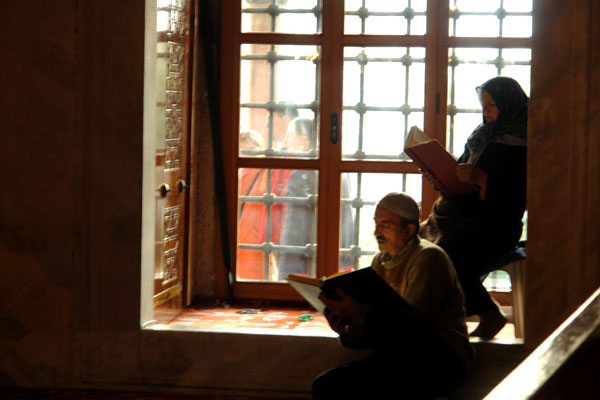 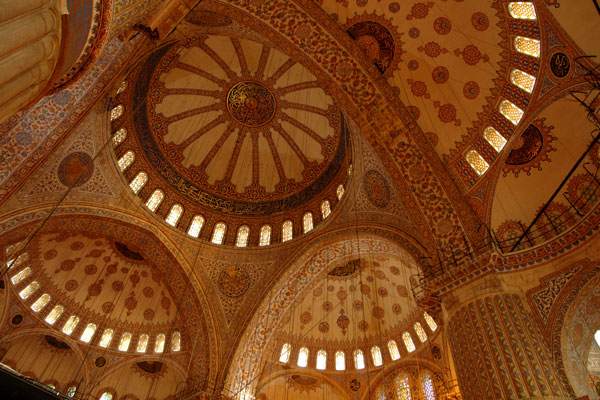 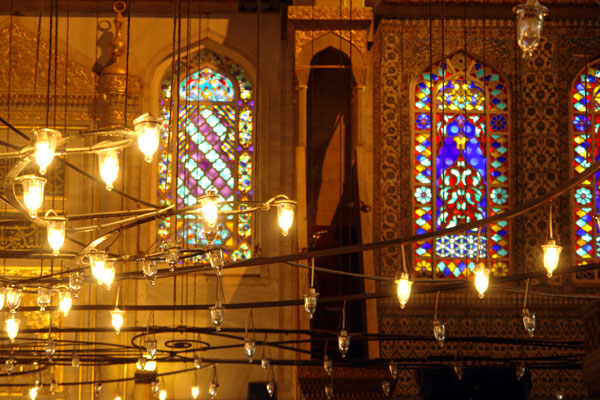 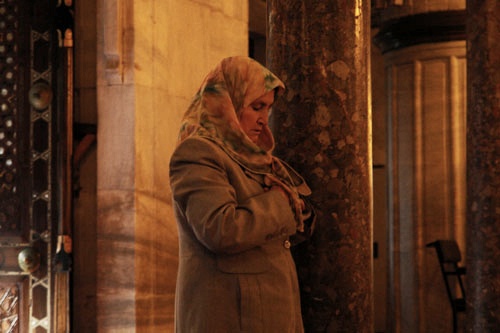 I remove my shoes near the entrance, though I am allowed to carry them inside the mosque in plastic covers. I am a little intimidated, both by its size and grandeur and by the fact that this is the first time I am stepping into a mosque and I do not know what to expect. However, I soon feel at ease. Despite its imposing appearance, the interiors of the blue mosque are warm and welcoming. I sit on the carpet in one corner and watch those who are in prayer and meditation.

Mild winter sunlight filters in through the high windows, reflecting the hues of the stained glass. The chandeliers hang low, emitting a mellow light that adds to the feeling of warmth and intimacy inside the closed space.

There is a sense of stillness and peace around the place; for a while, I keep my camera aside and just observe. Suddenly, I feel a tug at my sleeve and turn around startled. The little girl smiles at me brightly and tries to climb on to my lap. Her mother walks out of the women’s enclosure where she has been sitting in silent prayer to take the tot back with her.

And that is how I spot the enclosure. Groups of women are reading their prayers quietly, their children playing or sleeping on the low narrow window sills. One of a trio of older women beckons to me and points to my camera. Her friends are appalled and interested in turns; as I click, they dissolve into subdued laughter. It is getting dark outside – it is early winter – and I walk away, their farewell smiles following me all the way to the exit. 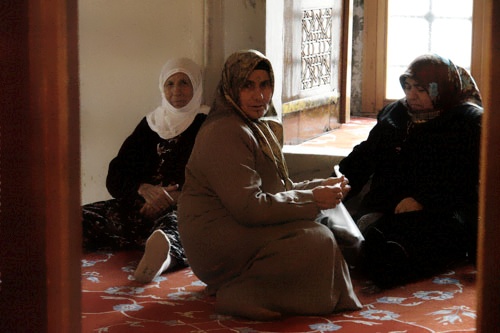 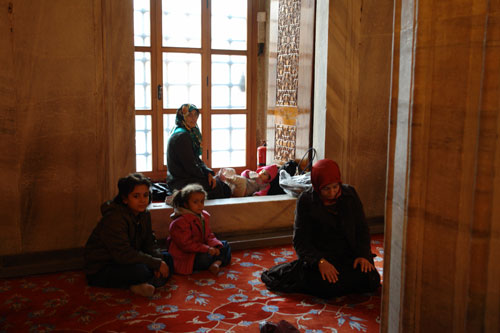 And half an hour later, I stand looking out of the window of the Aya Sofya just across the street – and the domes and minarets of the Blue Mosque peep out at me, the silhouetted exteriors as interesting and inviting as the people inside. 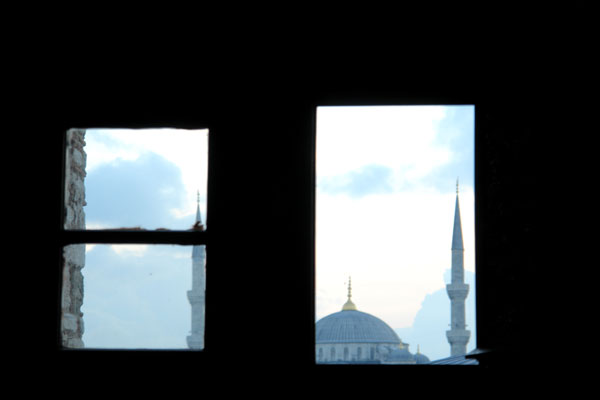 6 thoughts on “Inside the Blue Mosque”