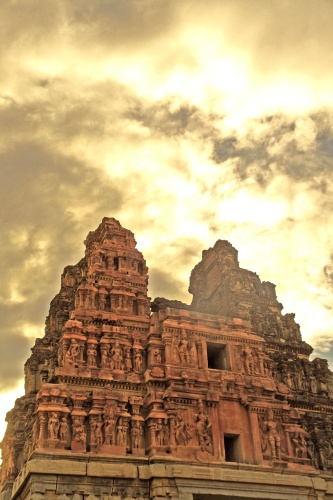 The story of Hampi is the story of stone. You disagree? You think it is sacrilege to reduce the heady might and valour of the Vijayanagara kings to the passivity of stone? Stone – inanimate, indifferent and cold?

No, it is true. In Hampi, the stones tell you more interesting stories than your guide ever can (and believe me, the guides have some juicy ones up their sleeve). All you need is a wee bit knowledge and oodles of imagination. And nowhere are the stories more absorbing than at the Vitthala temple, perhaps because the large open courtyard space inside the (broken) temple walls allow you space to exercise that imagination. 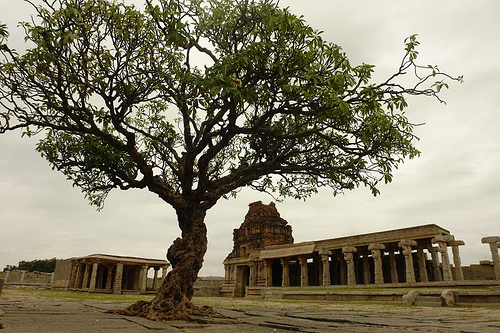 This 15th century temple has faced more than its share of destruction from invaders over the years, as is evident from the broken main gopura and several pillars inside the complex. Now a UNESCO world heritage site, this temple dedicated to Vishnu is being preserved with great care by the authorities. 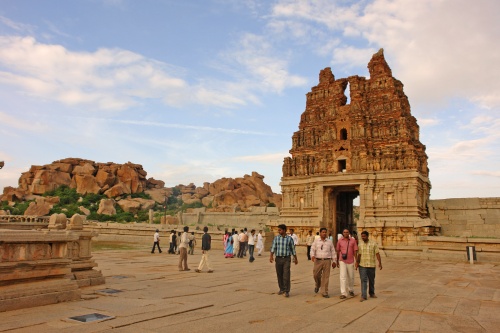 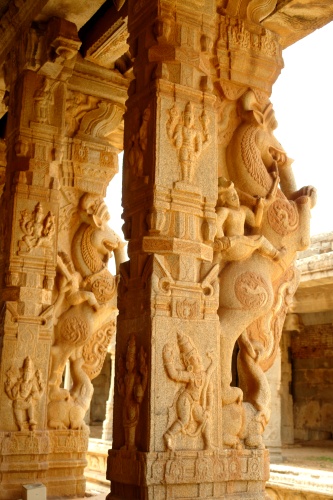 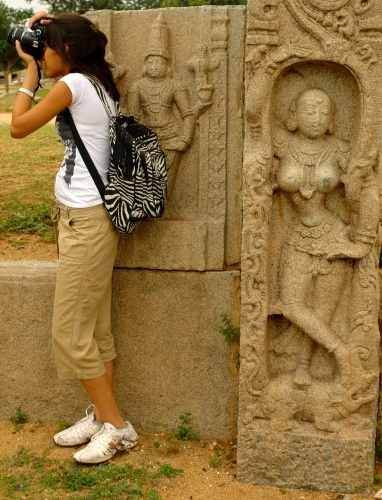 A pity, in some ways, since this means that the main mahamantapa has been cordoned off, and visitors are not allowed in. I was lucky the last time I visited Hampi when I could climb up the few steps and enter the mantapa. The outer walls and pillars are carved with intricate and never-ending patterns of dancing women and horses and elephants. However, the mantapa is a delight for more than just the lush carvings; it houses the musical pillars. Each of the 56 tall pillars that support the roof the mantapa emanates a musical note when tapped. Our guide arranges for one of the security guards to give our group a demo; sa re ga ma, guitar, jaltarang, he goes on. 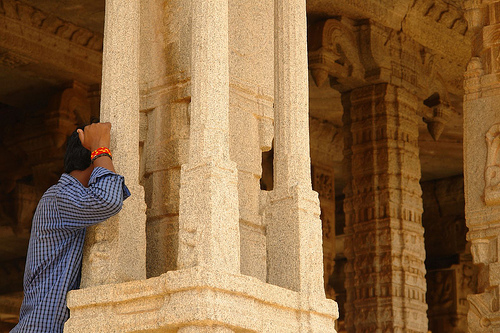 Perhaps the most recognizable element of the temple complex is the stone chariot in the main courtyard, with wheels that can revolve even today, it is said. The other unmissable structure is the king’s balance, the Tulabharam on the way leading to the Tungabhadra, standing over 15 feet tall. It is here that the kings used to be weighed against grain or fruit, and on special occasions gold and gems, which would then be distributed to the poor. 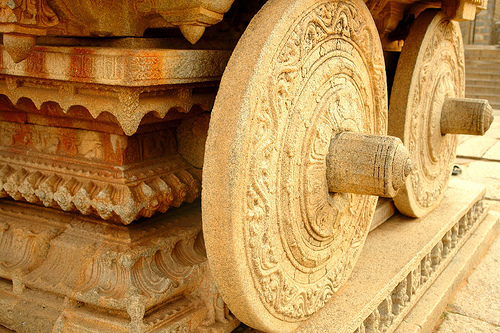 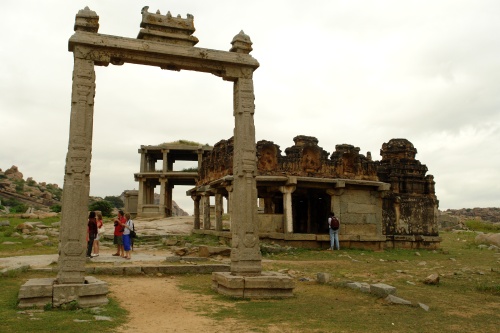 A tip: Vitthala temple is right by the river; the most enjoyable way to reach the temple is by a short coracle ride from the ghats near Matunga hill or a walk by the river. The journey by road, in contrast is long and winding, and not half as interesting.

3 thoughts on “Stories in stone”