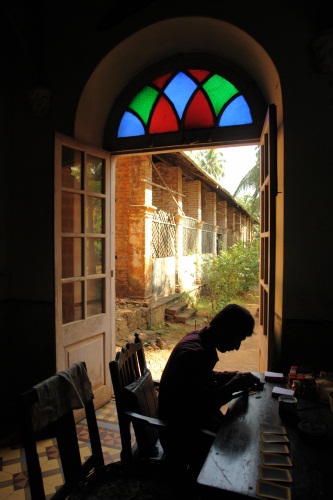 The Ganjifa playing cards tradition is believed to have entered India with the Mughals (Farsi ganj for treasure or ganjifeh for playing cards, according to different sources) via Bengal in the 16th century. It passed along the country, the motifs changing with each region. 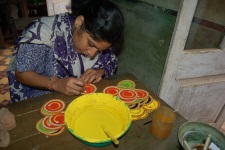 After it was adopted by the Hindus, the most popular icons were the Navagraha – nine planets – and the Dashavatar – ten incarnations of Vishnu.

The Sawantwadi version is a three player game with the Dashavatar set containing 120 cards. The rules of the game are available in a pamphlet inside the brightly painted box holding the cards. 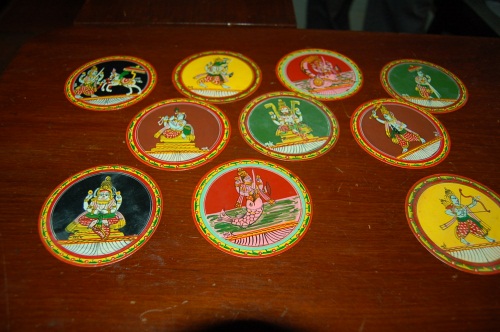 ***
This was a side-box in my piece on Sawantwadi – Calm on the coast – that appeared in the April issue of India Today Travel Plus.

Fort of the lion

Vengurla: footprints on the sand