We flew into Vienna from Bangalore and after spending three days there, hired a car to head to Salzburg. The idea was to keep the car for the next couple of days so we could drive around the Austrian countryside. Sadly (not so much, since it meant a smooth drive), the route from Vienna to Salzburg is on a concrete highway with not so much as a glimpse of green or any other colour but the dull grey of the road.

We decided to take a detour to Hallstatt and got off the main highway at some point. And then the drive started to get more interesting as we passed village after beautiful village, some of them part of Austria’s Lake District. The only snag was not being able to find any place to have lunch – which had to wait till we reached Hallstatt finally around 4 p.m. 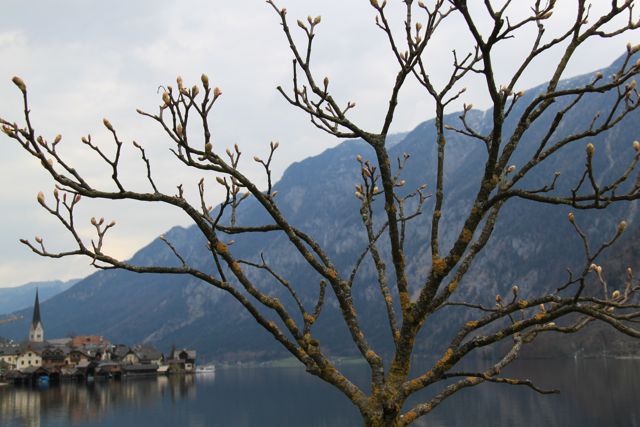 Hallstat is set in an extremely picturesque location just by a lake. People coming by train get off on the other side of the lake and take the boat across. We just drove straight into the village, after crossing several tunnels, and found parking in the village center. And the first thing we did was to head to one of the few open cafes for coffee and sandwiches. That done, we walked up and down the narrow main street, stopping by shop windows and in front of homes painted in cheerful tones with creepers growing in lovely patterns on their facade.

I walked into one of the shops to admire the colourful display of glass bottles containing salt from the region – and I walked out ten minutes later, dazed, clutching one of those in my hand. Somebody else must have bought it and thrust it into my hands. Nah, I am a big sucker for pretty and useless things – I have a talent for collecting them. Ask my husband – he looked equally dazed when he saw my purchase.

The tourist season had not begun yet and the village was pretty much empty but for a few Japanese tourists who got on to their bus just as we reached the lakeside. I hear that Hallstatt is run over by tourists in summer but just for that evening, it was like we had the village to ourselves. 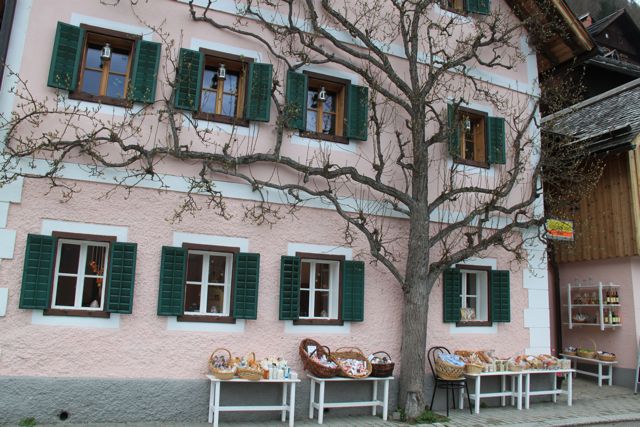 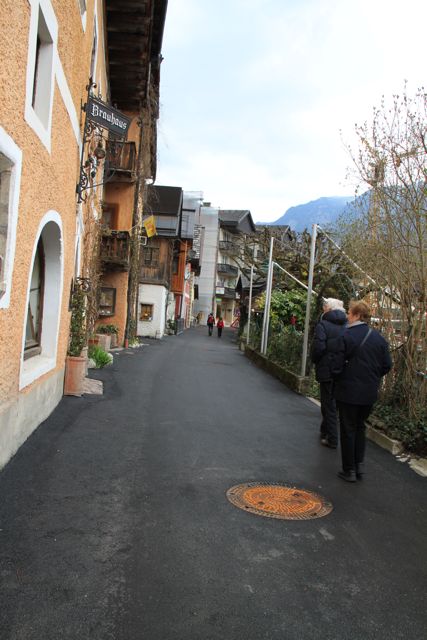 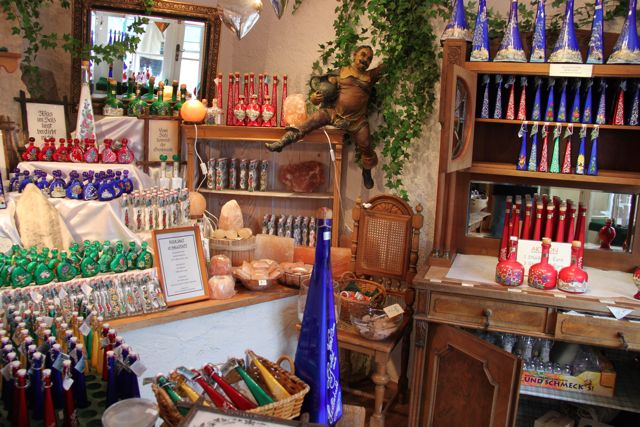 Hallstatt has been declared a UNESCO world heritage site since 1997 – the other sites in Austria being the imperial palace of Schonbrunn and the city of Salzburg. Hallstatt is the kind of place you need to visit in the middle of a long vacation, when you just need a day off from hectic vacationing to just chill and unwind. Yes, there are assorted hikes and visits to salt mines for those so inclined, but it is me we are talking about, remember? I got a chance to do nothing for a few hours and I did it with great aplomb.

We were keen on taking a boat ride to the other side and back just for the views but the train schedules did not work for us and we had to let go of that idea. I do wish we had got more time to spend in Hallstatt, an entire day, if not a night. 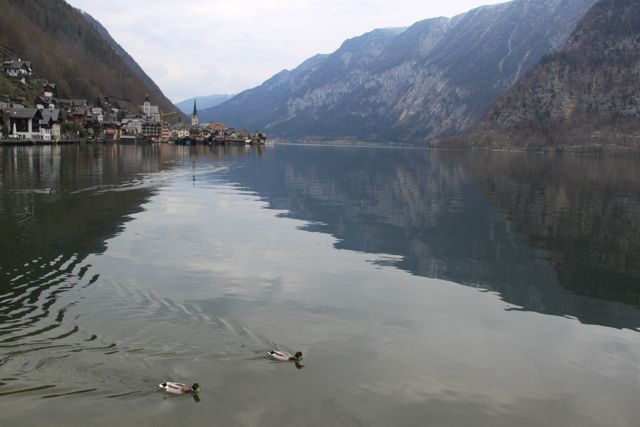 The non skiers go to a ski village

One thought on “Austria’s prettiest village”