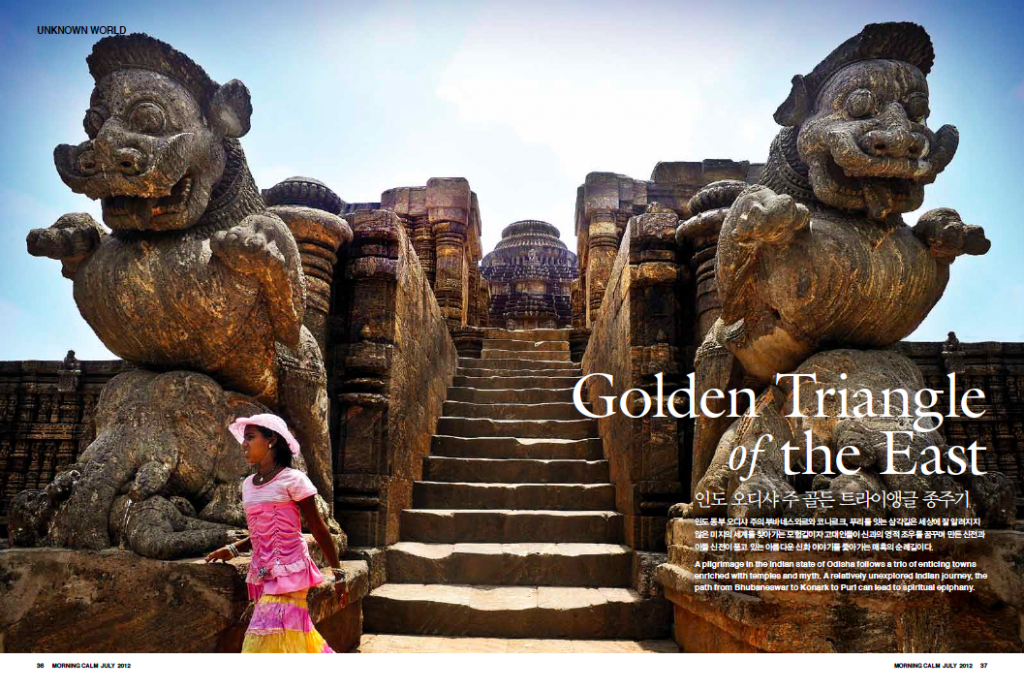 It is a dull gray morning when I step on the Chandrabhaga beach at Konark. The mild drizzle of early morning seems all set to turn into a downpour. Small groups of fishermen are sitting clustered around their boats, looking at the sea with worried eyes. The few families dipping their feet in the cold waters begin to make their way to the sun temple on the shore and I follow them.

The tourist guide I hire for the morning spins out the kind of stories usually associated with all Indian temples. Of this magnificent temple, he says, twelve hundred workmen toiled at it for twelve years, using up twelve year’s worth of state revenue. Today, despite parts of it being in ruins, the temple still evokes awe, with its lush carvings all around the walls – animals and birds, gods and humans, kings and commoners.

It is believed that the temple was originally constructed right on the shore where I stood earlier, till the sea receded a couple of kilometers sometime in the past. European sailors were said to use this “black pagoda” as a navigational point in the sea. This temple is dedicated to the sun god Surya who resides there (says my guide) with his two wives Chhaya and Sandhya. The scorching, all-powerful sun with his soft, gentle consorts – shade and evening. Heat and cool. Life and stupor. 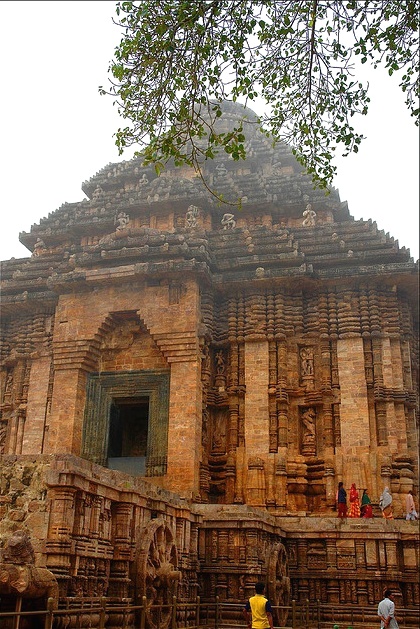 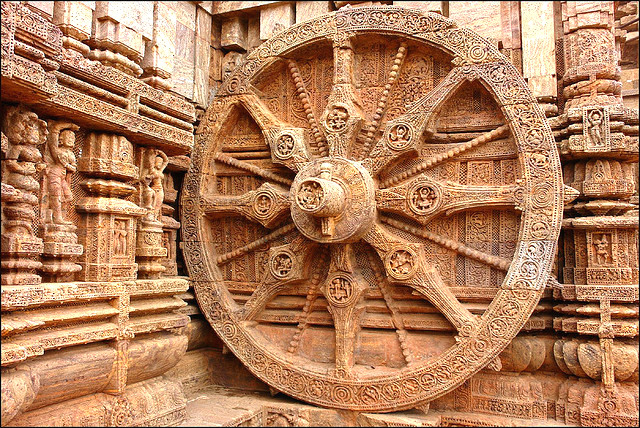 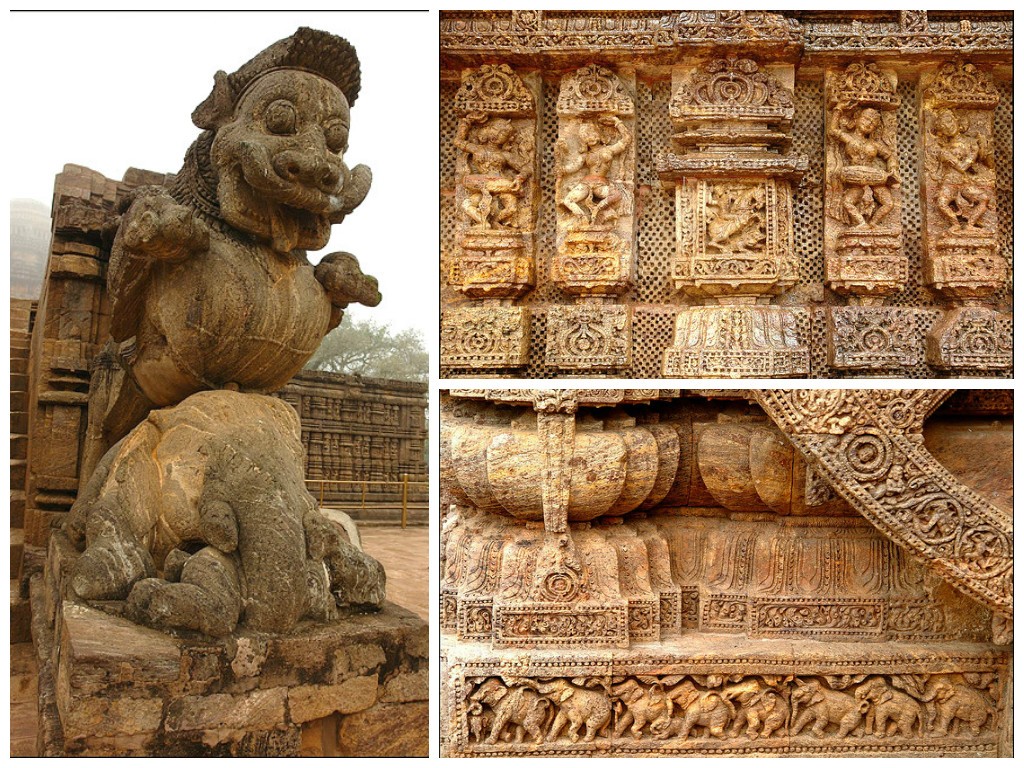 I had landed the day before at Bhubaneshwar’s small but well-maintained airport. This state capital has enough temples of its own to make it worth spending a few days here. Given that I am slightly wary at the thought of getting all templed-out and have a preference for quieter, non-living temples, I head to the Raja Rani mandir. Literally translated as the ‘king and queen temple’, this one is a beauty, the red-brown stone (called rajaraniya, after which the temple is named) smooth and shiny after the fresh showers of the morning.

The carvings on these walls are as intricate as those in Konark, except that there is no sexual imagery here. Instead, there are dancing nymphs with their slender waists and sensual poses from which the local classical dance form Odissi is supposed to have borrowed postures from. Also unlike Konark, this temple is empty but for a few loners sitting on the steps staring into space and couples who use its verdant lawns as a rendezvous point. In fact, the city itself seems uncrowded and unhurried, for me a wonderful change from the bustle of the big city. 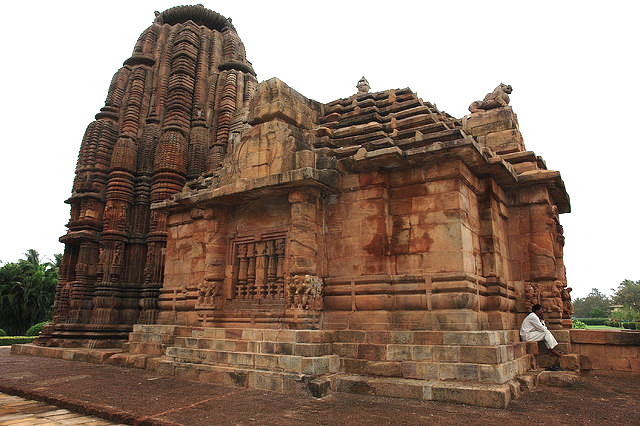 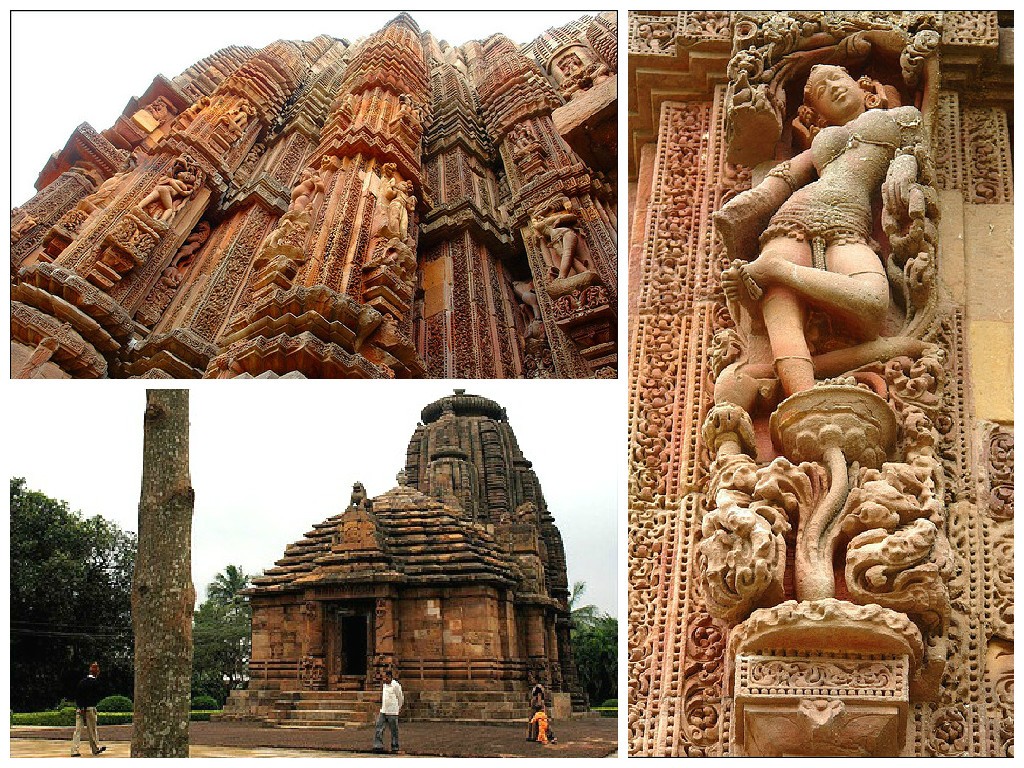 The next day, I leave early for Konark and from there, drive to Puri, most famous for its temple dedicated to Lord Jagannath. I am not there during its famous annual chariot festival but I still find the crowds difficult to handle and so head for the Raghunandan library right opposite. A few rupees change hands and soon, from the upper floor window, a much quieter and peaceful location, I get a good view of the temple.

The beach at Puri is a world away from the piety of the temple, full of families frolicking in the waves and tucking into the tongue tickling fast food bought fresh from vendors. It is also filled with Israeli and German tourists who camp here for weeks and sometimes, months, determined to find the spiritual epiphany they came to India for. 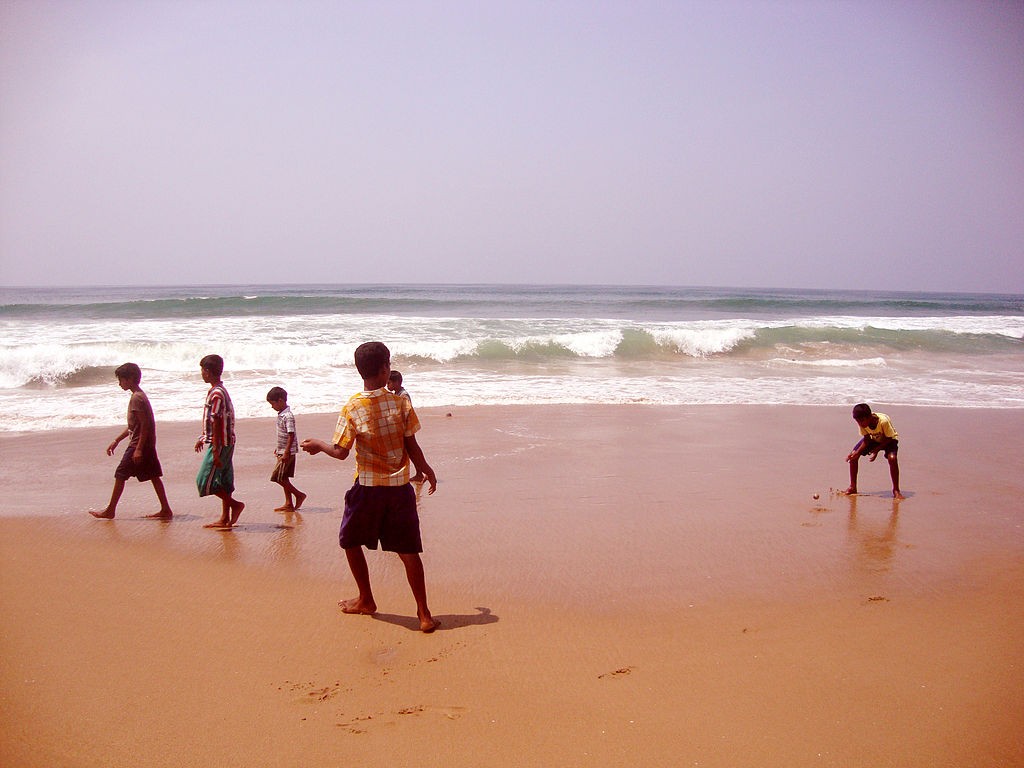 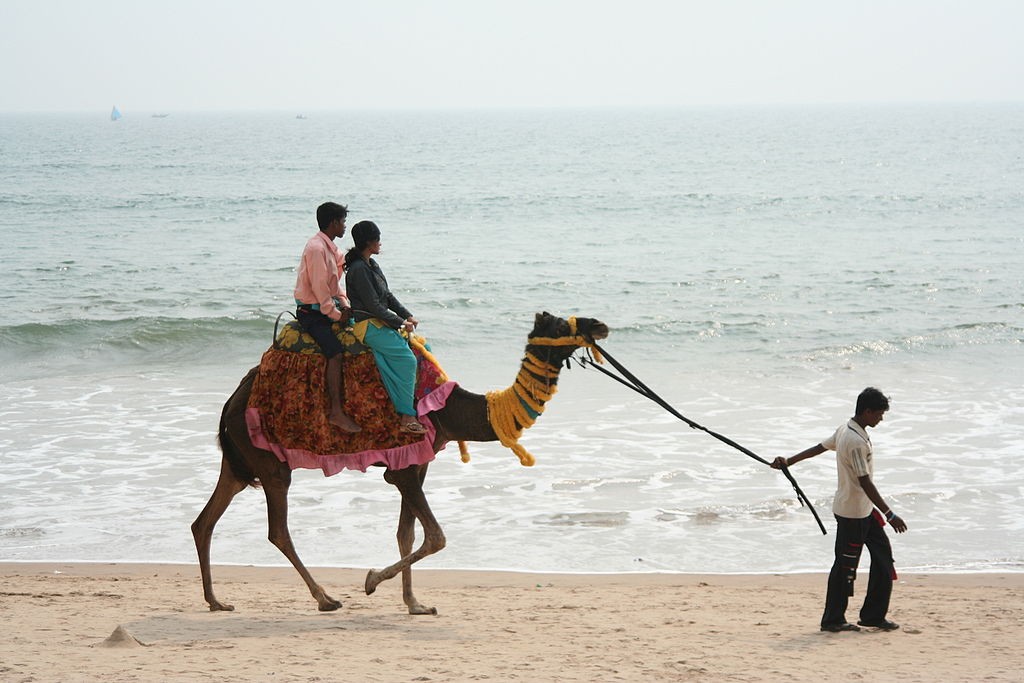 When people talk about the golden triangle in India, they usually mean the New Delhi – Agra – Jaipur circuit in the North. Instead, go East to experience this golden triangle of Bhubaneshwar – Konark – Puri. This one is less explored, much less crowded and equally enticing.

Konark is just over 60 km, an hour and half away from Bhubaneshwar, the nearest airport and large railway station. Puri with its beautiful beach and the Jagannath temple is just 35 km, an hour’s drive from Konark along the coast. It is best to hire a car from Bhubaneshwar for the entire trip till you get back to Bhubaneshwar as bus service is irregular.

A much cheaper way to travel is to take the package tour offered by OTDC (Odisha Tourism Development Corporation). These tour buses start from the government owned guesthouse and OTDC office Panthnivas (at Bhubaneshwar) or can be booked over the phone (0674-2431515). It is a day tour costing Rs. 300 (6 USD) and covers all main areas of tourist interest.

On the way from Konark to Puri, you can stop at your own private beach. The Ramchandi temple, only 8 km from Konark, is a popular picnic spot. Konark also hosts a classical dance festival every winter against the backdrop of the sun temple (dates vary and can be checked online). 20 km from Bhubaneshwar is Pipili, famous for its cloth patchwork umbrellas and bags in bright colours.

The government-run Panthnivas is of decent quality, even though the exteriors do not inspire much confidence and is present in all three towns. It is best to base yourself in Bhubaneshwar or Puri where all facilities are better for visitors.

***
Published in Morning Calm, the inflight magazine of Korean Air. Only text by me in the original published story.

A space to call their own