Eat it. Breathe it. Or snort it. Visit a museum that is a paean to the pleasures of chocolate – the Choco Story in Bruges. For, if there is one thing you cannot escape in Belgium, it is chocolate. Belgians discovered chocolate in the 17th century when cocoa was first shipped from South America by their Spanish masters. Two centuries later, when they colonised Congo themselves, their access to cocoa was unlimited, and there began a great story.

Today, some of the world’s most loved chocolate brands come from Belgium – Godiva, Neuhaus, Côte d’Or, Leonidas, Guylian – and have outlets in all major towns. At Antwerp, step into the Tintin memorabilia shop right opposite the Cathedral of Our Lady for some Cachet chocolates with unique flavor combinations like Lemon and Pepper, Blackberry and Ginger, Orange and Almonds. Now, what do they say about sugar and spice and all things nice? 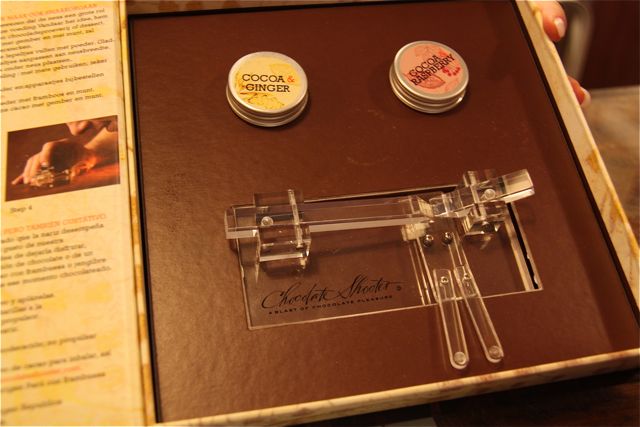 Among the other shops to definitely visit is The Chocolate Line, present in Bruges and Antwerp. Apart from a range of chocolates with interesting flavours like Cola, chilli, mint, olives, bacon and cannabis (acquired tastes, you will agree), chocolatier (or shock-a-latier, as he likes to call himself) Dominique Persoone is famous for inventing the ‘chocolate shooter.’ Enjoy the not unpleasant sensation of cocoa powder with raspberry or the stronger ginger flavour going straight up through your nose straight to your brain. Persoone is said to have created this specially for The Rolling Stones during their visit to Brussels a few years ago. 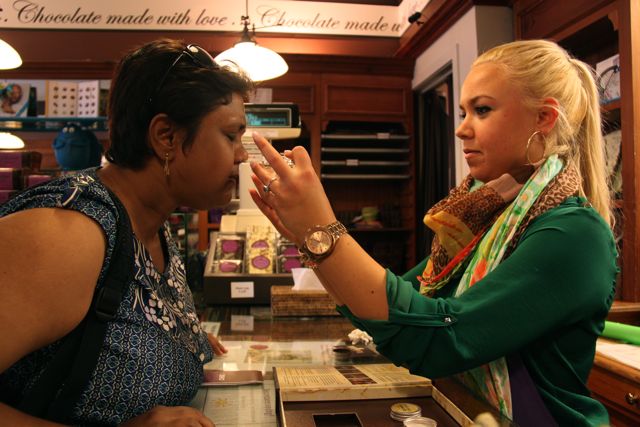 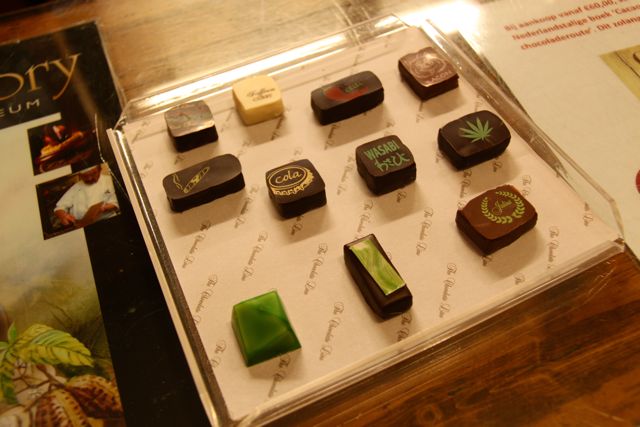 And if you are an incurable chocoholic, then buy some to apply on your lips and body. The Chocolate Line also sells cosmetic chocolate products including an edible chocolate massage cream and lipstick – no fear of lead here, only all the wholesome flavonoids.

Noses and hands to chomp on

The neuzen are small, conical (at a stretch, nose-shaped) soft sweets with a fruit jelly core and are the pride of Ghent. Pick them up from street carts whose friendly vendors will offer you a taste if you ask nicely. Or buy them at Temmerman’s candy shop (Kraanlei 79) where they are known by their official name, cuberdons.

The legend behind the handjes has to do with an evil giant who was vanquished by a local hero and had his hand chopped off and thrown into the river Scheldt. Don’t let this gory story deter you from trying these delightful hand-shaped chocolates and thin almond cookies. Some stretch the legend further to say that the name Antwerp (locally Antwerpen) comes from “hand-werpen” or hand-throwing.

A way with Waffles 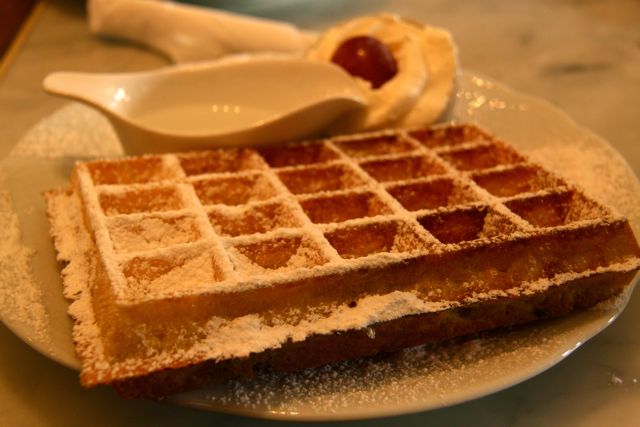 Other than chocolate, the aroma of fresh waffles is in the air in Flanders. There are two main types – the Brussels version, the standard everywhere in the world for Belgian waffles, and the lesser known Liège version. The former is served with a variety of toppings, from dusted sugar to whipped cream to chocolate syrup and rum. Try one – or three – at the Max at Ghent; they call themselves the inventors of the Belgian waffle. Liège waffles are comparatively denser, sweeter and chewier, with a caramelised crust and without toppings. And the best are to be found at Belgaufra at several locations in Brussels, Antwerp and Liège or Vitalgaufre at 23-29 rue Neuve in Brussels. 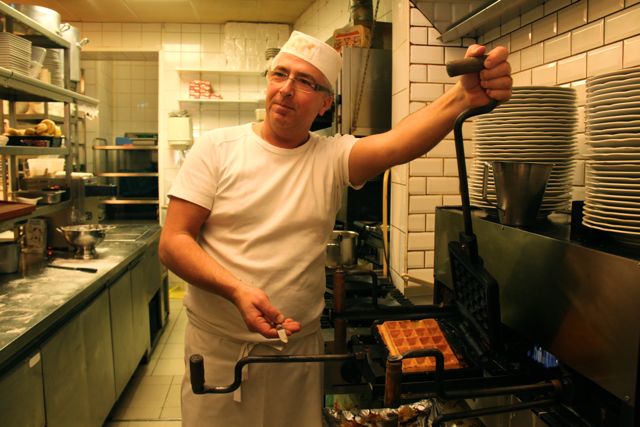 Different from all other cookies you have known, specculaas (also known as specculoos) are spicy, with subtle flavours of cloves, cinnamon, nutmeg, cardamom, ginger and brown sugar. It is so popular in Belgium that it is now available as a spread (Nutella, be gone!) and in ice-creams. La Maison Dandoy at the Grand Place in Brussels has the freshest specculaas, in various shapes and forms.

Then, there are the thin and crunchy Florentines, said to originate from Florence. The Belgian version comes coated with nuts and chocolate (no surprise there) and just melt in the mouth. Be sure to pick up a box of Jules Destrooper Florentines on your way out at the airport duty-free shop. The brand is also known for their other thin cookies, including almond, apple and chocolate flavours.

So, while in Belgium, push away all thoughts of a healthy diet and give in to temptation. And anyway, who says chocolate is not healthy?

4 thoughts on “Death by dessert”