Forget central heating and layered clothing. The Bhutanese eat their body warmers. Chillis. No meal is complete without ema datshi, the world-famous-in-Bhutan dish of chilli with cheese. And it is exactly that – chopped green chillis mixed with cheese. No bells, no whistles. Just lots of antacids. 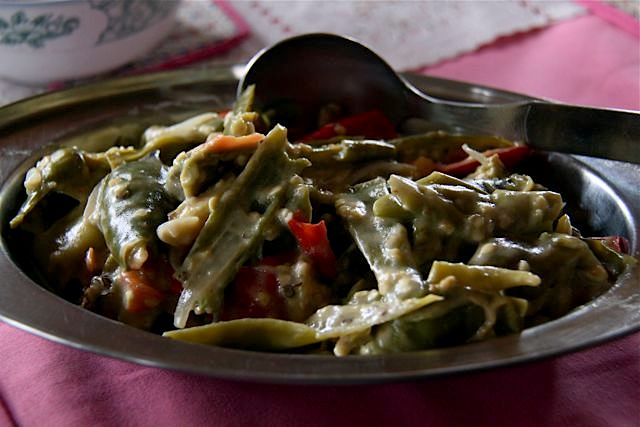 To be fair, they also cook other things with cheese, particularly the soul-soothing kewa datshi (potato and cheese) and the I-can-take-it-or-leave-it shamu datshi (mushroom and cheese). 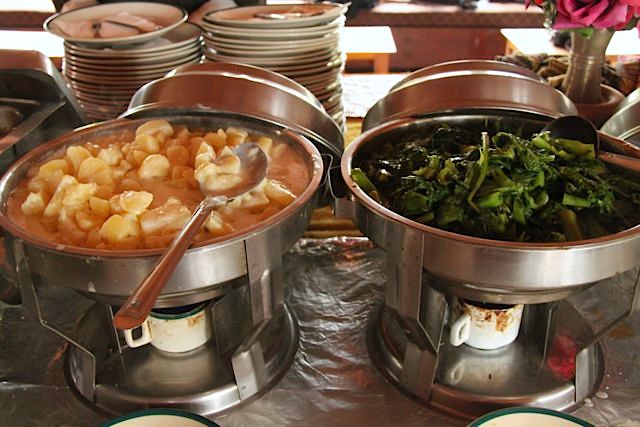 A Bhutanese meal is typically red rice eaten with dal (watery, going by what I got wherever I ate), boiled vegetables and greens (really, they could put the British to shame), occasionally some meat and ema datshi. When this gets too boring, the usual suspects like momos, thukpa and chowmein are also available in most places. 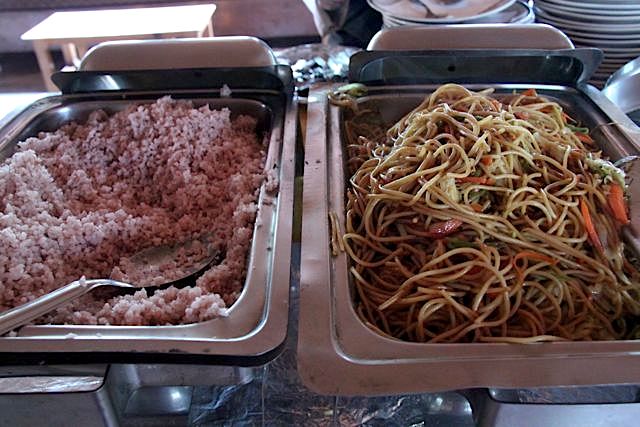 To wash it all down, Bhutan has a great choice of beers – the Red Panda and Druk come particularly recommended. Don’t be surprised if local beers come in Kingfisher bottles – apparently, the bottles are recycled by beer companies in Bhutan. Don’t look, just drink. For the truly adventurous, there is Courier whiskey. I have personally imbibed better paint thinner but there is no accounting for tastes. 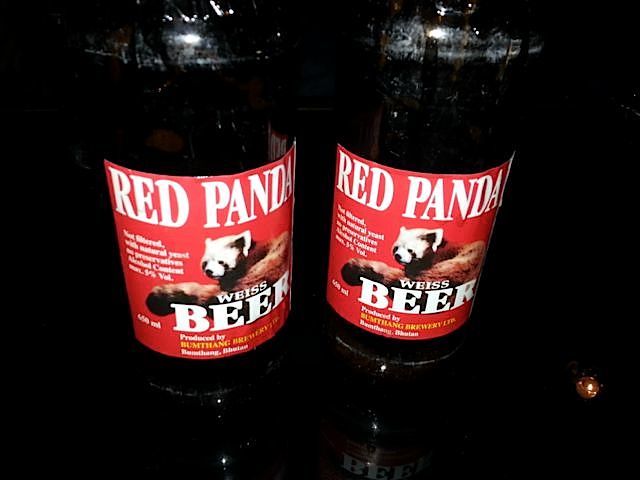 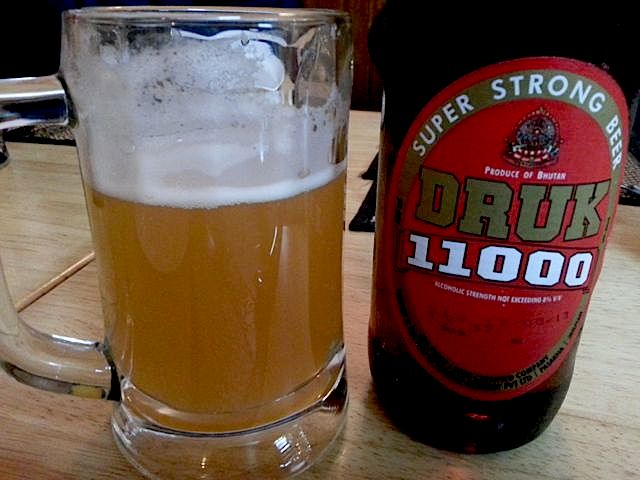 The other Bhutanese must-drink is Suja, or butter tea. The taste is described variously as strange, buttery, like Horlicks and so on… Go on, give it a try. 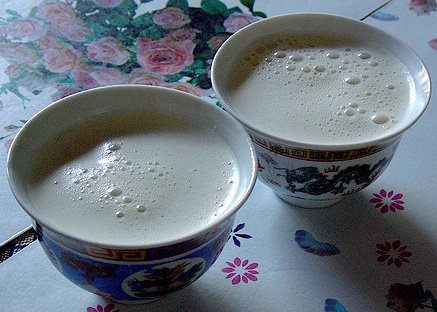 I was suffering from the mother of all migraines in Bhutan, so I politely passed up the local maize and rice liquor arra when it went around the table.

A word about chillis: they are everywhere in Bhutan. And I mean everywhere. Chillis are not treated as spice or seasoning in the country but as vegetables. Little children tuck into them with insouciance, even as Western palates (and let’s admit it, even many Indian ones) find that the first bite bring tears to the eyes. You know that one about how vishkanyas were given low doses of poison from a very young age to make them immune to any poison over time? Yes, same technique – children are given chillis as part of their food from a very young age. Bring on the ema datshi!

October was chilli drying season and roof-tops across park, Thimphu and Punakha were carpeted in red. Balconies were festooned with chilli garlands peeping out from between drying clothes. And markets were ablaze with a variety of greens and reds. 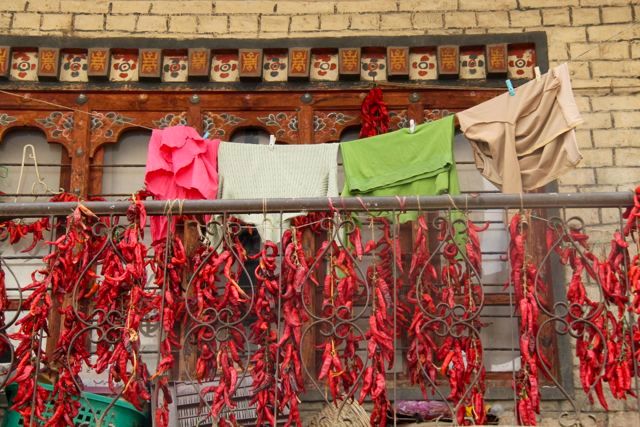 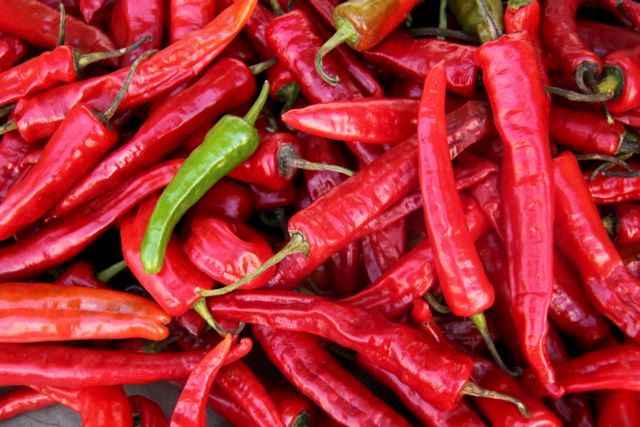 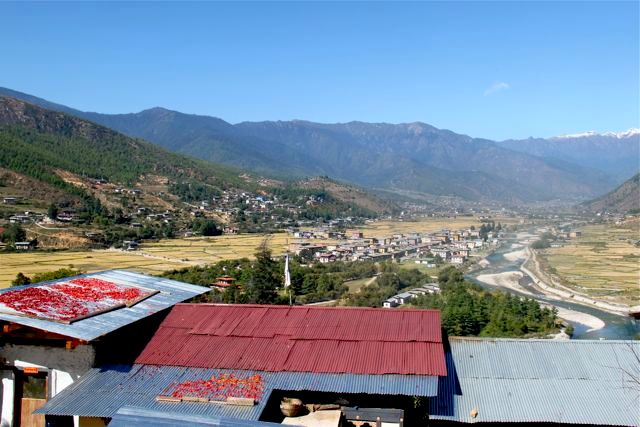 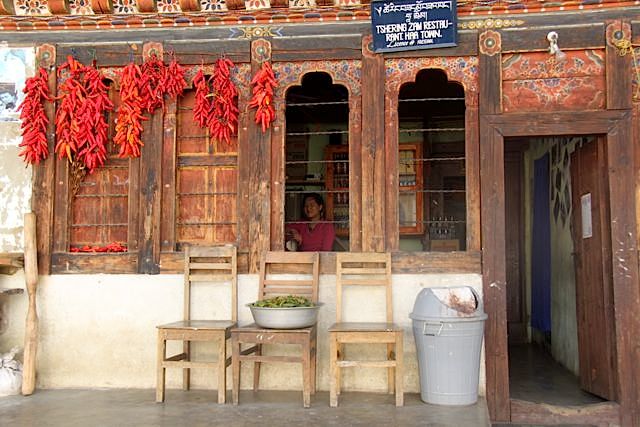 Here is an interesting read on Bhutan’s love affair with the fiery chilli: Bhutan’s tears of joy over chillies

The world through its burgers

One thought on “Ema Datshi and Red Panda: eating and drinking in Bhutan”


The heat and dust of the forest floor – is there a

Roadblocks be like this too in the #forest #Tadoba

Even if you are the king of the jungle, take time