This is the story of a hot air balloon ride I took in Drakensberg in South Africa, told in pictures. It was this whirlwind trip, where we had driven up from Durban the earlier day. I had completed the Canopy Tour (more on this coming up soon), much to my own amazement – and secret pride – and my nerves were shot to pieces. We were staying at the gorgeous Drakensberg Sun Resort but didn’t get to spend any time walking around the resort or sitting by the lake with a glass of wine. Back from the zip lining adventure, I could barely keep my eyes open – though I had a really disturbed sleep that night, where I kept dreaming off falling off cliffs.

The next morning, we were up and early. By early, I mean that we left the resort by 5.30 am to get to the hot air ballooning location in time for our ride. When we got there, everything in front was a thick, soupy fog. It was early winter in South Africa and in hot air ballooning, there is little control over anything (as I found out several times during my ride later). 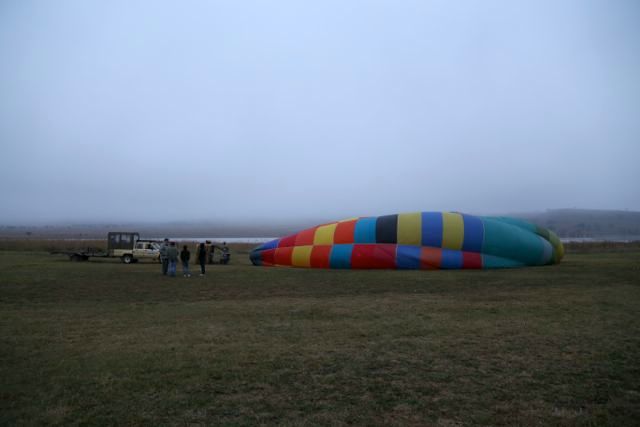 So we spent a couple of hours drinking lukewarm coffee and stomping our feet against the cold, waiting for the mist to clear and the sun to come out. At the first signs of a hesitant sun, the team swung into action and soon, the first group went up for a 45 minute ride.

What I was saying earlier about having little control over anything – the pilot Davie had to coast with the wind and land in the middle of a corn field. Getting to the balloon through the thick, tall corn stalks was a mini adventure in itself. 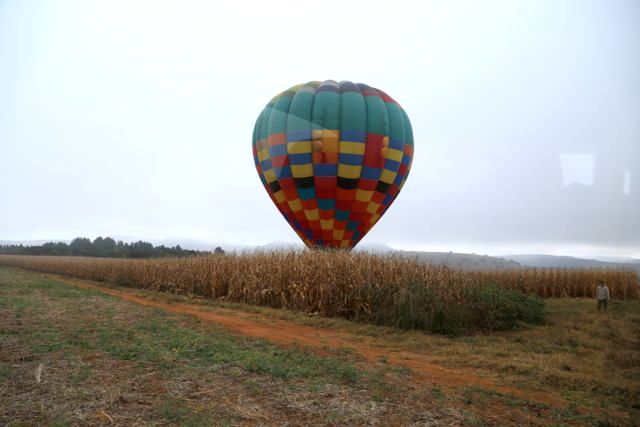 The flight was brilliant: deep blue sky, with the sun out in full force. No trace of the morning’s mist or cold remained as we went up. We were surrounded by the Drakensberg mountains on all sides, with fluffy blankets of clouds below us. I loved the way the shadow of the balloon stayed with us throughout – according to Davie, “angels flying with us.” 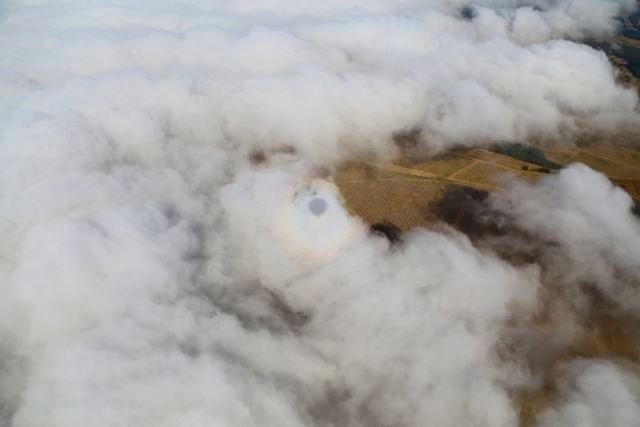 And our landing, much nicer in the middle of an open field (although we did get perilously close to more corn stalks), celebrated with a glass of champagne. 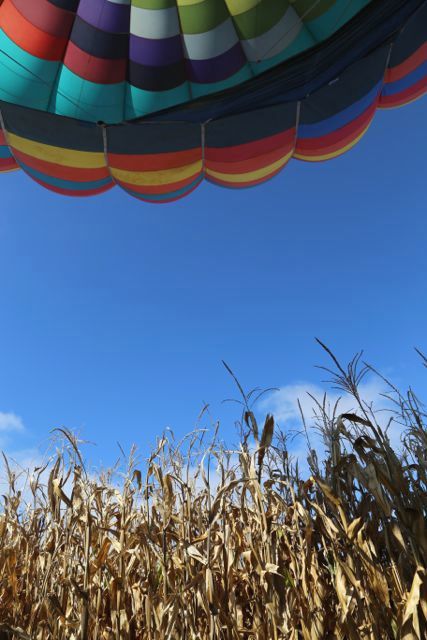 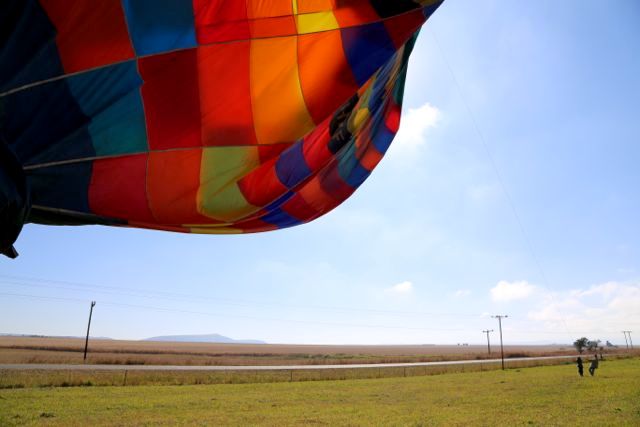 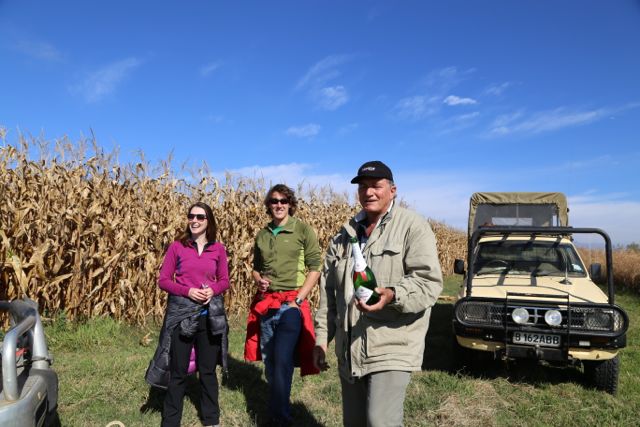 To do it: Take a 45 minute ride with Drakensberg Ballooning.

A bite of bunny chow