I have never taken any interest in birds, thinking of it as too much effort for too little reward (yeah go ahead, sue me). The first time I started to notice them was during the trip to Corbett this January, when I stayed with the enthusiastic naturalist Imran Khan at his home The Ranger’s Lodge. Imran accompanied us on every safari and pointed out every single animal and bird – and Corbett was so rich in birdlife that I was hooked.

A few weeks later, the husband and I headed to Bharatpur – also known as Keoladeo Ghana bird sanctuary – towards the end of winter. It was also the end of the migratory birds season, but there was enough and more activity on that front to keep us happy, especially since it was our first time at a birder’s paradise.

We were staying at The Birder’s Inn and the minute we stepped out, we were approached by a cyclerickshaw-wala. Although there were a dozen waiting outside the hotel, it was his turn and there was no pushing and shoving. At Bharatpur, only the very serious birders hire guides; for the rest, the rickshaw-walas double up as guides, since they have been going into the forest for decades.

Some of the more adventurous – and fit (read foreigners) – travellers do the rounds on cycles, which in a way allows them the flexibility to go into the smaller mud tracks and marshy lanes. 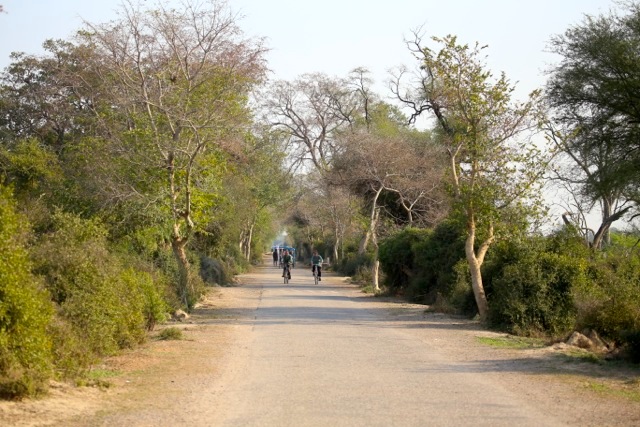 As we entered the sanctuary, the sun was just coming up and we were all excited by our first sight of peacocks silhouetted against the golden light of dawn. 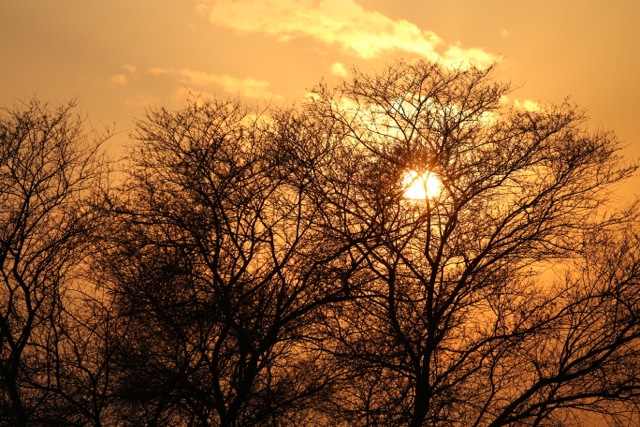 That is when I realised how addictive birding can be – we ended up spending the entire day at the sanctuary, just to zip in and out of Birder’s Inn for lunch.

These are a few images from my first proper outing as a birder, accompanied by a gruff, but informative rickshaw-guide. Feast your eyes on this rose-ringed parakeet couple, a largish spotted owlet (I think), green bee-eaters (in the process of eating bees), plump magpie robin, that gorgeous purple sunbird and a magnificent flying peacock. 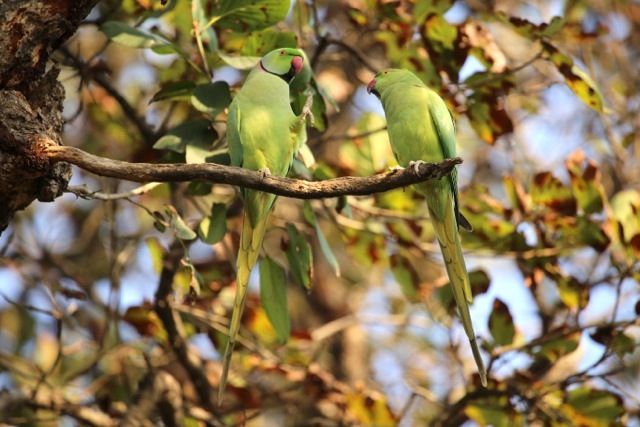 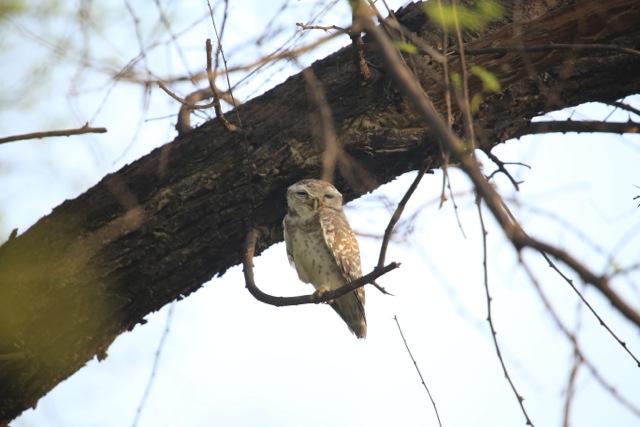 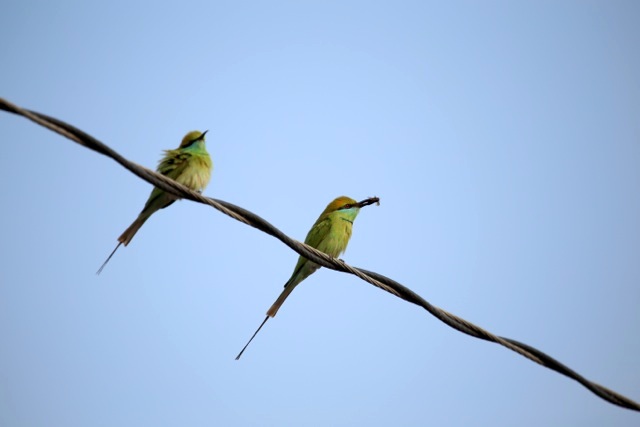 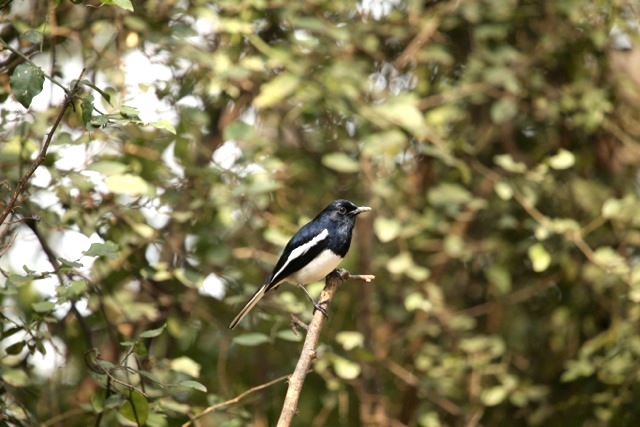 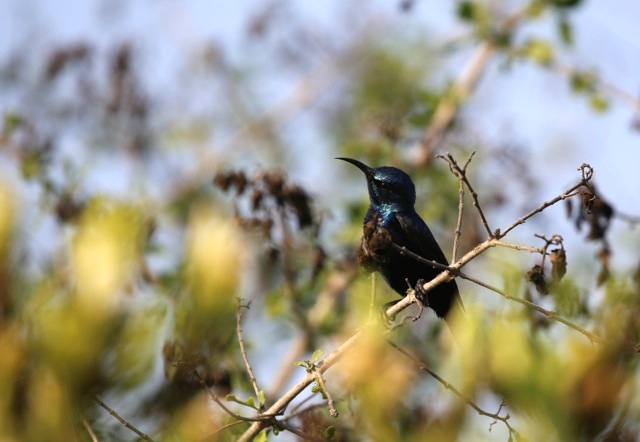 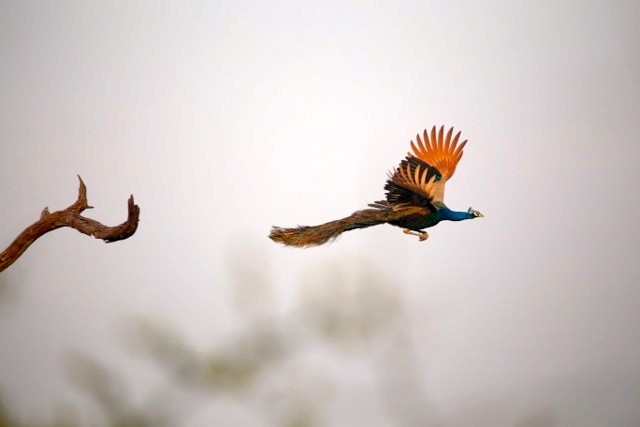 And now, an image I am particularly proud of – the flameback woodpecker. I caught this beautiful bird from a great distance, and at a second’s notice before it flew away. 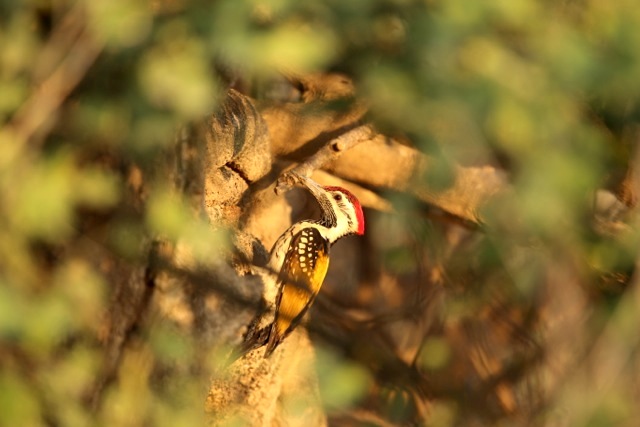 The stars were the winter birds – and there were dozens and dozens of them – painted storks, ibis, ruddy shelducks, snakebirds, northern shovelers and many more. One of the highlights was this pair of saras cranes – the world’s tallest flying birds – flapping its wings and performing an elegant dance of sorts for a long time. 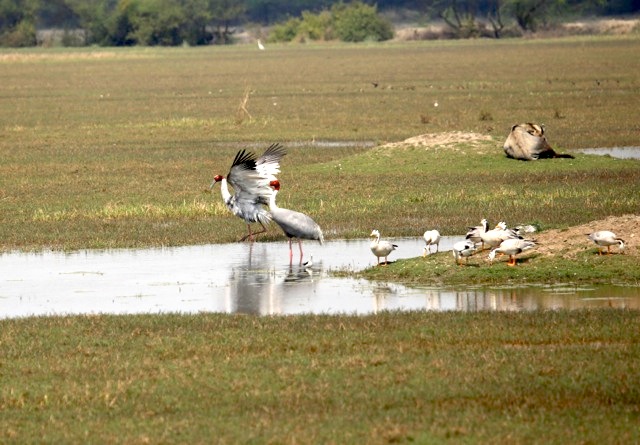 Now that I have got a small taste of the birding life, I hope for more of it soon…

12 thoughts on “One winter weekend in Bharatpur”