It’s a balmy evening in Christchurch and I am dancing on the street to a Spice Girls song.

On a free walking tour of Christchurch, our guide Michael Borren has led us to an open square with what looks like a painted washing machine in the middle. He plugs his phone in to it, inserts $2 into a slot and voila! The washing machine is now a mean jukebox. That is how I end up channeling my inner Mithun Chakraborty and boogying under the disco lights strung up overhead. And it’s not only us who have danced to its tunes; in 2012, when on the Royal Jubilee tour of the Commonwealth, Prince Charles and Duchess Camilla boogeyed to it too.

Meet the Dance-o-mat, one of Christchurch’s unique delights. Designed by an urban regeneration group called The Gap Filler, it is meant to be response to the lack of lively public spaces post the earthquake in 2011 that left Christchurch devastated. Quirky, sure, but the city seems to understand that when you gotta dance, you gotta dance. 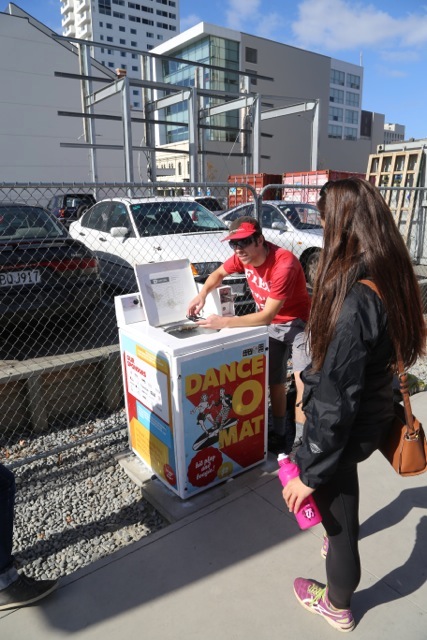 The earthquake– measuring 6.3 on the scale – struck the South Island’s largest city in February 2011. Four years later, remains of the destruction are visible everywhere. Our taxi driver takes over an hour to cover a distance of five kilometres, stumped by construction materials and bulldozers on every road. Almost all my interactions with locals are punctuated with references to those terrible days when hundreds lost their lives, homes and possessions.

Yet, as I wander around the city, I also find distinct signs of revival and even optimism. I am delighted to discover cheerful wall art everywhere, even dilapidated buildings sporting abstract images amidst the dust and debris. According to Michael, this is a recent phenomenon, another endeavour to boost public morale. 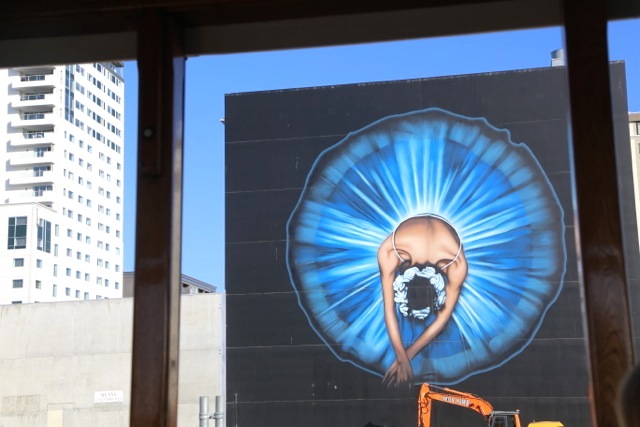 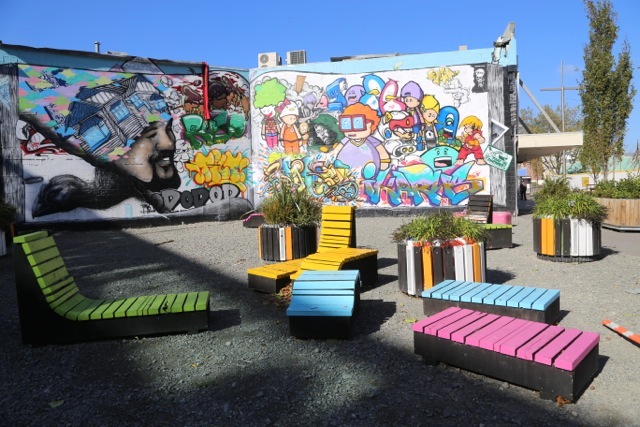 At lunch, we head to one of the most innovative projects to use such containers, the Re:Start mall, a cluster of boutiques, gift shops and eateries selling kiwi and international stuff. The mall is packed with locals and tourists basking under the warm autumn sun at the alfresco cafés and food stalls. Re:Start is a place we keep going back to, not to shop or eat, but to just enjoy the vibe. 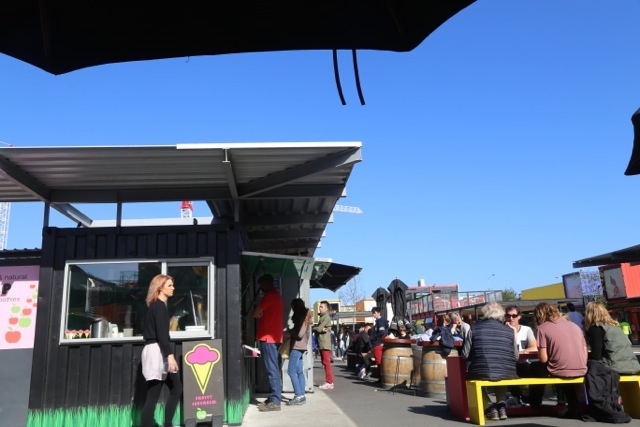 My favourite initiative though, is the cardboard cathedral, known locally as the transitional cathedral. This marvellous structure sprung up in place of the damaged 19th century Christchurch cathedral. The architect Shigeru Ban came with considerable experience in reviving broken structures and constructing new ones in disaster zones. He used his preferred material, strong cardboard tubes, tried and tested earlier in Japan and Haiti, in this building.

The people have embraced this church – also using it as a space for community events – and see it as a symbol of moving on.

That afternoon, we take a lazy stroll in Hagley Park, where the trees are a blaze of yellow and orange. This verdant urban space, spread over 400 acres, seems untouched by the chaos on the streets. The only noises are the occasional birdsong and muted whispers of walkers. 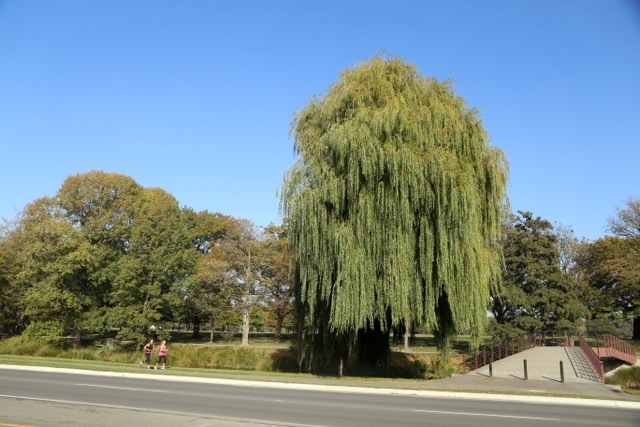 And later in the evening, we make our way to the Isaac Theatre Royal to catch a local Kiwi production of The Phantom of the Opera (excellent, by the way). Waiting in the foyer before the show, I eavesdrop on several conversations that centre on the recent restoration and reopening of this iconic theatre. By then, I know that this is common discourse among Christchurchers: what is the latest to come (back) to life?

The fact that Christchurch was listed by Lonely Planet among the top ten cities to visit in 2013 – just two years after the earthquake – is a testament to the way the city has risen from the rubble and carried on.

Amidst all this, Christchurch has not forgotten its dead. A street installation of 185 white chairs, empty and evocative, stands in memory of the lives lost. As we stand at the site – which includes wheelchairs and baby chairs – it is impossible not to be moved. 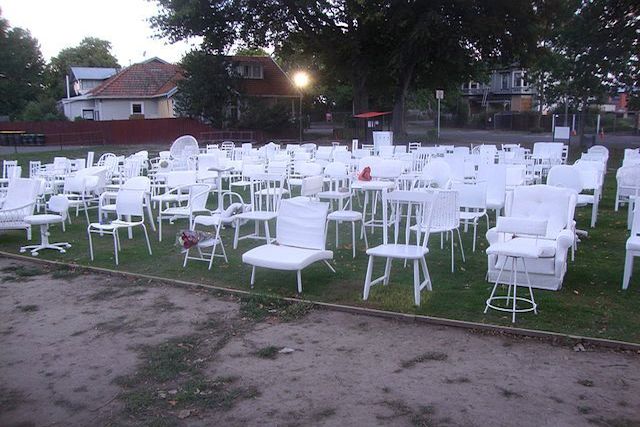 And it is impossible not to love a city so rooted to its past, while marching ahead resolutely.

***
A slightly different version of this was published in Mint Lounge on July 25, 2015

4 thoughts on “Christchurch: back on its feet and dancing”