I had written about one of the world’s most popular storytellers, Hans Christian Andersen, his life in Copenhagen and works for the Economic Times Sunday Magazine recently: Once upon a time in Copenhagen. He was a fascinating character, his life full of contradictions,and above all, he was a man after my own heart – see this line from his autobiography: “To roam the roads of lands remote, to travel is to live.” 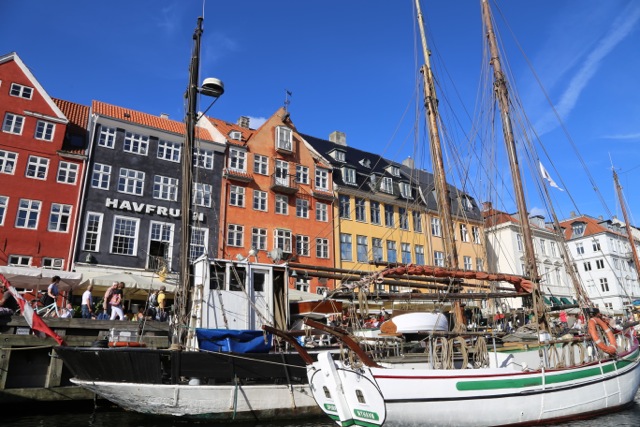 A walk tracing the life and times of Hans Christian Andersen in Copenhagen is fascinating for many reasons. Among them is the fact that many places still look the way they did over 150 years ago, when the writer of some of the world’s most loved fairy tales, lived there.

We meet for the walk one pleasant summer afternoon in front of the town hall – to be precise, in front of the statue of Hans Christian Andersen right by its side. I can barely see the statue, which is photographed endlessly by the hordes of Chinese tourists, who cannot seem to get enough of it. After all, Andersen is one of Denmark’s most famous sons, and Copenhagen’s key attractions even today.

One of the first stops on the walk is a glimpse of the guesthouse – our guide claims that the space was then so crowded that people were forced to sleep standing up – where Andersen spent his first few nights in the city. The most interesting halt on this walk is in front of a tiny window at the basement of the courthouse, once housing the town prison. Andersen was perhaps inspired to write one of his rare happy stories ‘The Tinderbox,’ by the idea of a prisoner gazing out of that window on to a free world.

Born in Odense in Denmark in 1805, Andersen made his way to Copenhagen seeking a better life when he was 14, armed with just 12 kroner and big dreams. His ambition was to shine in the performing arts: the theatre, the ballet or the opera. He trained his eyes on the Royal Danish Theatre, trying his hand at many things, including singing and dancing. With his squeaky voice and gangly looks, he was rather unsuccessful in all his attempts.

Following those youthful pursuits, he became a fairy tale writer purely by chance. It was only in 1835 – a full 16 years after he arrived in Copenhagen – that he published his first collection of fairy tales, which was received warmly. Over the course of his life, he wrote a total of 168 fairy tales, including The Little Mermaid, The Ugly Duckling, The Emperor’s New Clothes and The Princess and The Pea.

Over the walk, we learn that Andersen was a man of great contradictions. He was a bit of a grouch, not always getting along with people; yet he constantly managed to find benevolent patrons for his work. He was known to be stingy and cheap but was always clad in elegant and expensive clothes. And most significantly, this teller of tales for children never married and himself had no children. 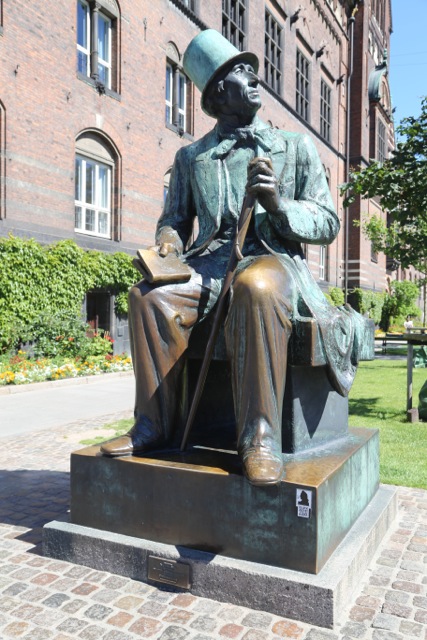 Perhaps due to the mild underlining of sorrow in his personal life, his fairy tales were never really the cheerful sort, unlike those of the Brothers Grimm from the neighbouring country of Germany, who contrary to their name, wrote the “happily ever after” kind of stories. Whether his stories – with their tinge of dark humour and irony – can be called fairy tales or not, they stay relevant even today, and have been translated into over 150 languages.

The city is littered with monuments to Andersen’s work. For instance, one his most popular tales ‘The Little Mermaid’ is commemorated in Copenhagen in the form of a statue at the city harbour. Much like the Mannekin Pis in Brussels, this small, unassuming statue – blink and you miss it – is much adored and much photographed by visitors. The Little Mermaid who sits sad, despondent, just like the mermaid from the story, was a gift to the city from brewer Carl Jacobsen, and created by sculptor Edvard Eriksen in 1913. Legend has it that Jacobsen was enchanted by a ballet on the mermaid, performed at the Royal Danish Theatre, and wanted to immortalise the character. 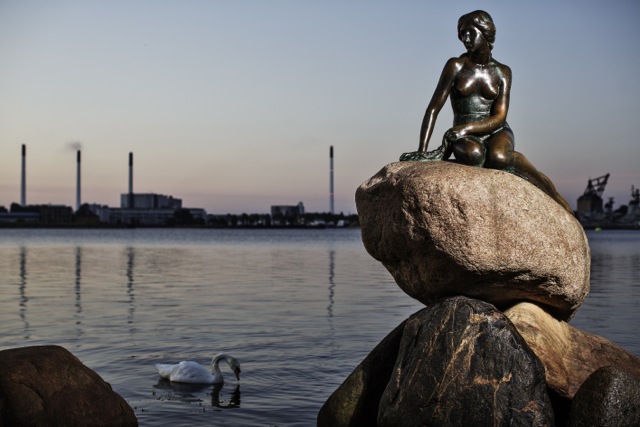 Another of Andersen’s haunts that we visit later is the bustling Nyhavn area by the canal, lined with hotels and restaurants with colourful facades. During his time, these buildings were all houses and he lived for over 20 years in this area, moving from one to the other. Today, along with my Andersen pilgrimage, I find it a great place for an evening of beer swigging and people watching.

It is believed that Andersen was shaped by his keen observations of everyday life in Copenhagen and his extensive travels within Europe. Indeed, his passion for travel shines through, in these lines in his autobiography: “To roam the roads of lands remote, to travel is to live.”

Fittingly, my day ends with a spin through his world, with a joy ride called the Flying Trunk at Tivoli Gardens, one of the world’s first entertainment parks. The seven-minute jaunt recreates some of his well-known stories, making me aware that his stories are still capable of delighting not just children, but also adults.

2 thoughts on “Once upon a time in Copenhagen”