I’ve just got back from a spectacular week of travel in Myanmar, my first time in that country, although I have been dreaming about it for years now. Myanmar is still untouched as far as tourist hordes go and there is a lot of uncertainty, misinformation about travel to that country. I found my own experience smooth and hassle-free throughout and here are my first impressions about the country: 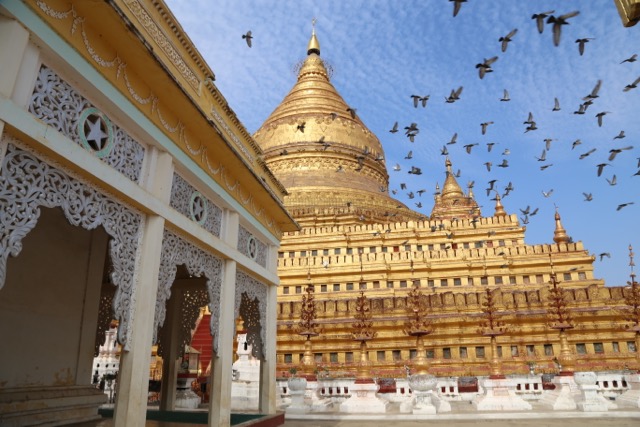 1. Myanmar is by and large a peaceful country, and there is no cause for worry for travellers, although the military is still officially in power. That is set to change soon, with Aung San Suu Kyi’s party forming government in April. There is a sense of optimism everywhere, and people seem hopeful of better things for their country.

2. The big package tour groups and backpacking hordes have not made Myanmar a stop in their travel itineraries yet, but that is only a matter of time. Go now, when the country is still fairly untouristy and innocent (and that also means no touts and beggars) – these days will not last long. I went there in the peak tourist season of January but was not overwhelmed by crowds anywhere, including the big tourist sites (compared to say, an Angkor Wat). 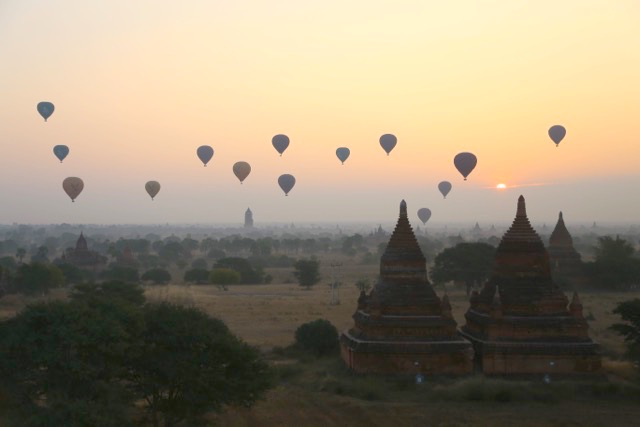 3. One of the best things about Myanmar is its friendly people – they are a shy lot and prefer to keep to themselves but the minute you greet the them with Minaglaba!, they break into a broad and welcoming smile.

4. English is still not spoken everywhere freely but you should be able to get by in major tourist areas and in restaurants / hotels without a problem.

5. One of the first things that struck me in Yangon was how orderly the traffic was – absolutely no honking, no lane cutting, no rash driving – very unusual for a south Asian country! It is not so in other places, but by and large, there are no traffic pile ups or unruliness.

6. The best way to get around the country is by domestic flights – expensive but the quickest option. Roads connecting towns are not in the best condition and most trips take between 8-10 hours. Railways are equally slow, in some cases, even slower than buses. And there is no concept of self drive cars and in places like Bagan, you cannot even hire a motorbike (only ebikes are allowed).

7. Almost everyone wears the traditional sarong longyi (pronounced lonji) – the longyis for men are drab and devoid of any character while the women wear theirs like wraparound skirts, with pretty, matching blouses. Teenagers, especially boys, are slowly discovering jeans and coloured hair but in general, the attire is longyi with thanakha paste applied on the face to keep the skin cool and tan-free. 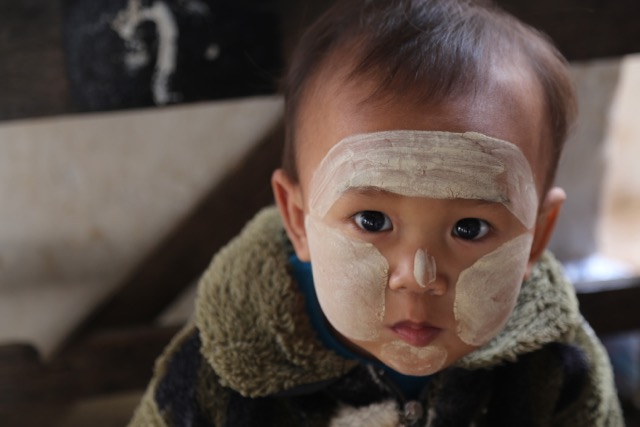 8. Although we were warned that there were no ATMs in the country, we found them almost everywhere, especially in crowded tourist spots and inside premium hotels and shopping malls (it is another matter altogether that many of these ATMs were out of order but we always managed to find another nearby). Credit cards and debit cards are still not widely accepted except in some luxury hotels, so it is best to carry cash, either in kyat (pronounced chaat) or in crisp, new US dollars (soiled, folded, torn notes are rejected straightaway).

9. We had anticipated difficulty in finding vegetarian food in Myanmar but to our utter surprise and delight, there were a variety of options (more on this in a detailed post soon). From soups to salads and noodles and fried rice, we ate to our heart’s fill at each meal.

10. The idea way to travel around a country is obviously to take it slow and linger where you like, but in practical terms, that is possible only for a lucky few. Myanmar has several significant sites but the unmissable ones are Inle Lake, Bagan and Mandalay – budget to spend atleast two days in each place and you can make yourself a decent itinerary in 7-8 days.

14 thoughts on “First impressions of Myanmar”