Some people have called it a ‘heart attack in a glass’. They are terribly unkind. I prefer to think of it as ‘heaven in a glass’. How else would you describe a concoction that has almond resin, Sarsaparilla syrup, cold milk, sugar, finely chopped dried fruit and nuts, and all of this topped with a generous scoop of ice cream.

One summer morning in the temple town of Madurai in the south Indian state of Tamil Nadu, I headed out with a friend. The plan was to have a street-side breakfast of idli (steamed rice and lentil cakes), accompanied by a piquant chutney of coconut and chilli. And chase it down with jigarthanda. After all, I couldn’t really visit Madurai and not have this “heart cooler” (literal meaning of jigarthanda). Nobody can. 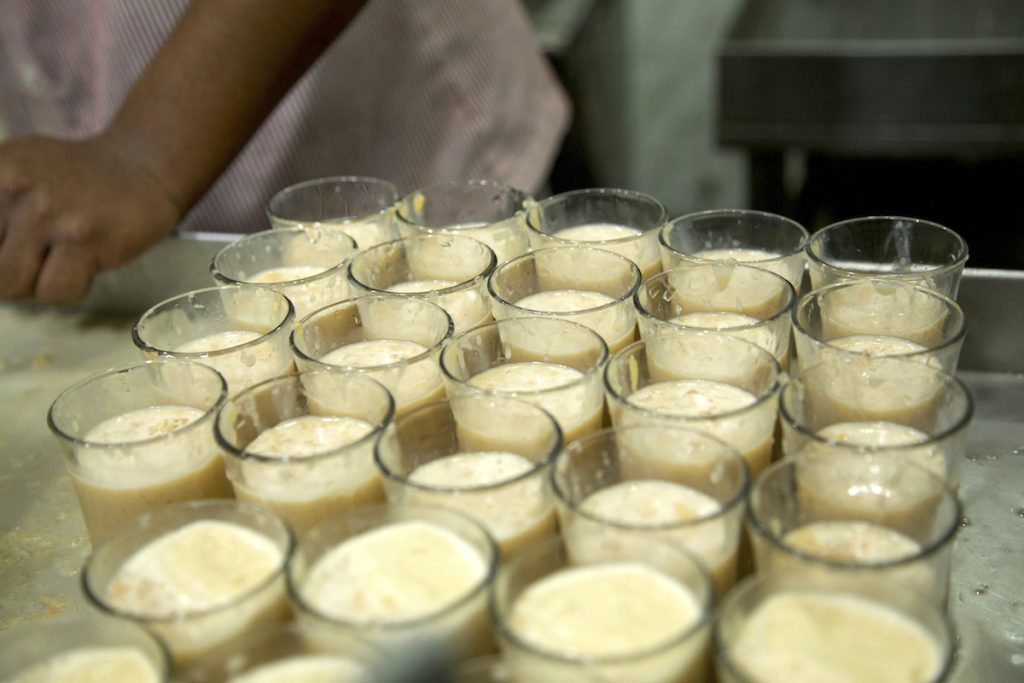 While jigarthanda is today considered a local Madurai beverage, it has an interesting history. Thanks to its name, a combination of two Hindi words (the language of state is Tamil and not Hindi), it is believed to have been brought into India by the Mughal rulers several centuries ago, and slowly made its way down to Madurai.

In this swelteringly hot city, it is so strongly associated with cooling properties that it has come to be known as jil jil jigarthanda in the more popular outlets (jil being a local corruption of the word chill).

While jigarthanda is popular in these parts, it is relatively more under the radar than its famous north Indian cousin, falooda (which food historians claim started life at Mughal emperor Jehangir’s court).

My plate of idlis was delightful, fittingly known to be as soft as Madurai’s famous jasmine (flowers). And then the jigarthanda, the man behind the counter filling up glasses with practised ease. Somewhere between vanilla and light chocolatey in colour, thick and inviting, the jigarthanda beckoned to me. 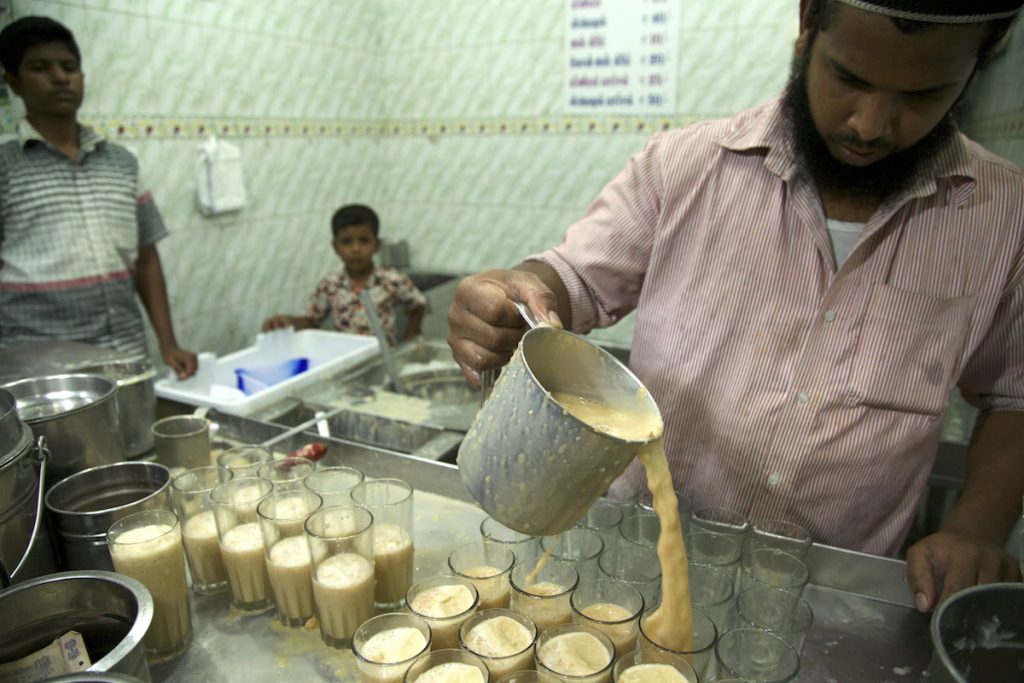 I took a tentative sip. And my world immediately turned into a happier place.

In other words, this was an explosion of tastes and textures – the sweetness of the syrup and ice cream, the crunchiness of the nuts and the chewiness of the jelly-like almond resin. My friend and I drank this in almost one gulp. Then we looked at each other. Another one?

By the time I gestured to the shop assistant, he had already prepared two more glasses for us. A second round seemed to be par for the course at the shop. This time, I sipped slowly, savouring the flavours, and feeling much like a kid in a candy shop. I knew I was going to have to skip lunch that day, but who was complaining? 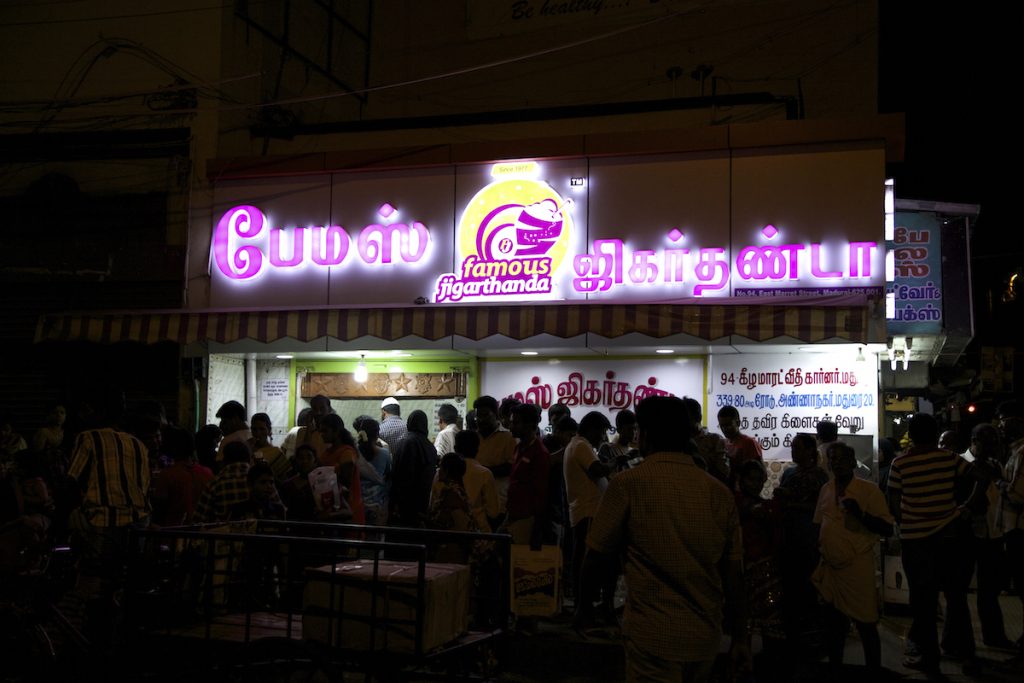 Tip: although several places in Madurai claim to have the best jigarthanda, foodies know that Famous Jigarthanda is the real McCoy.

Sin and the city: in parathewaligali