In this small city by the bay in the west coast of the USA, many believe that dreams come to life. And that has certainly been true of entrepreneurial dreams, beginning from the mid 19th century, when gold hunters from all over the country came here lured by the city’s special sparkle. 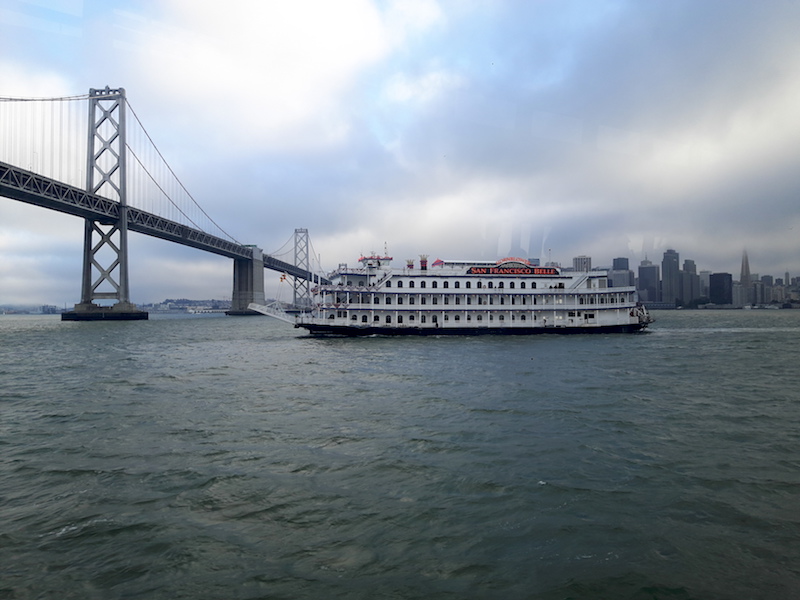 Almost 150 years after the excitement of the Gold Rush abated, San Francisco retains that stardust quality, providing a haven to hopefuls with quirky start-up ideas. No surprise then that the very air here seems to carry a whiff of optimism and dynamism.

Long before the city came within the fold of the United States of America in 1846, the region was owned by the Spanish and then the Mexicans. As a result, San Francisco is today the proverbial melting pot of cultures, with dozens of ethnic communities calling it home. Within the larger cosmopolitan weave, specific localities serve as hubs to specific ethnic communities, like Chinatown for the Chinese, North Beach for the Italians, and Mission for the Latinos. 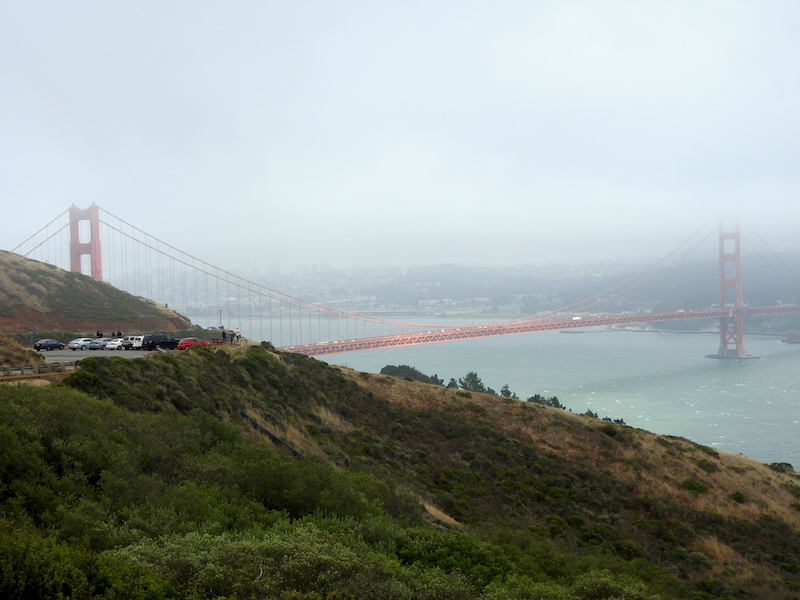 As a result, San Francisco is undoubtedly one of the most interesting cities in the USA, and it is also one of the most pedestrian-friendly. And although you could explore its lanes and hills for weeks on end and still not know it fully, here is a quick guide to help a first-time visitor get the best out of the Golden City through its most interesting neighbourhoods.

Located at the intersection of the Haight and Ashbury streets, this district of San Francisco was the epicentre of the Flower Power movement that bloomed in the late 1960s and 1970s. Traces of that Summer of Love (1967) still linger on these roads, where the hippies once congregated to talk dreamily about an ideal world. 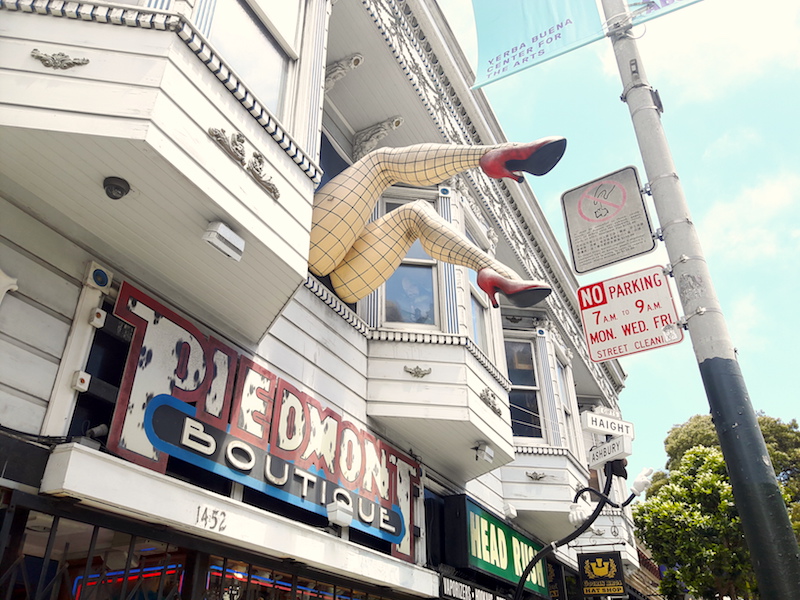 Today, these streets are lined with vintage clothing shops, chic boutiques, vegan cafés and organic food stores, and music stores like Amoeba that stock an astonishing collection of CDs, vinyl records and audio cassettes. Although hippies no longer roam Haight and Ashbury, this neighbourhood still carries the open vibe from several decades ago that welcomes all communities.

Don’t miss: The Painted Ladies, Victorian rowhouses at Hayes and Steiner Streets, built between 1850 to 1915 and painted in multiple colours to enhance their already flamboyant architectural details. 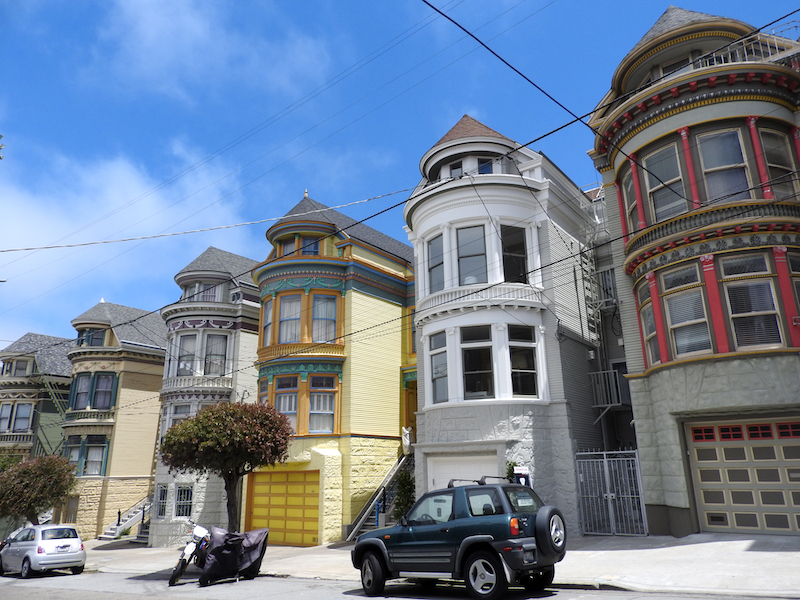 If there is one neighbourhood in San Francisco that belongs as much to the locals as to the tourists, then it is Chinatown. The best bit about the warren of lanes that make up this old area is that it is possible – indeed necessary – to explore them without a definite plan, discovering new things as you amble along. Chinatown wears a different character at different times of the day, so go prepared to be surprised at each visit. 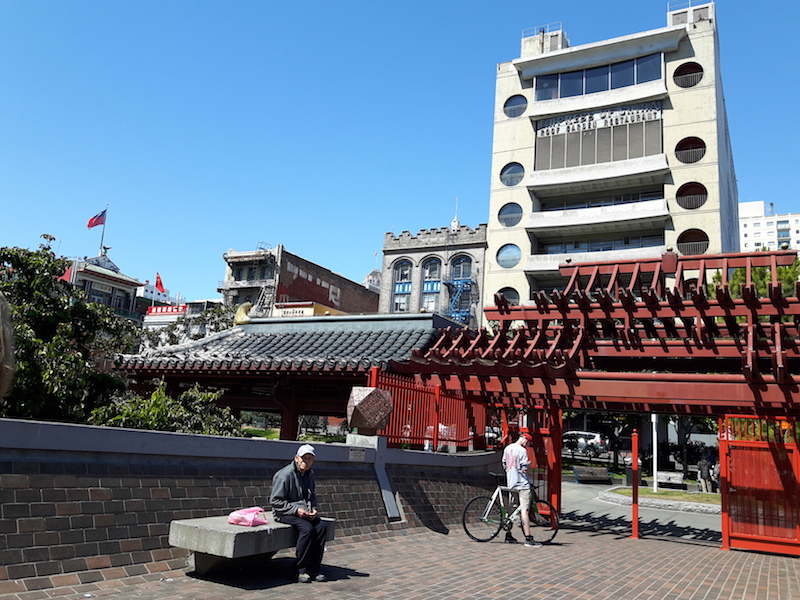 Entering through the grandly decorated Dragon’s Gate feels like stepping into another world, one where the exotic east has made its way into the farthest corner of the western world. From the Golden Gate Fortune Cookie Factory to the elaborate temples on Waverly Place, this one has something for everyone. 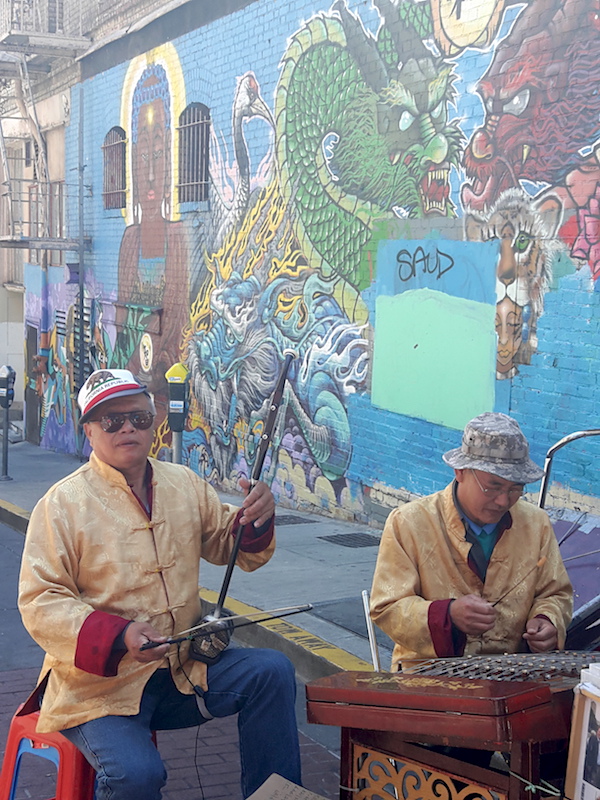 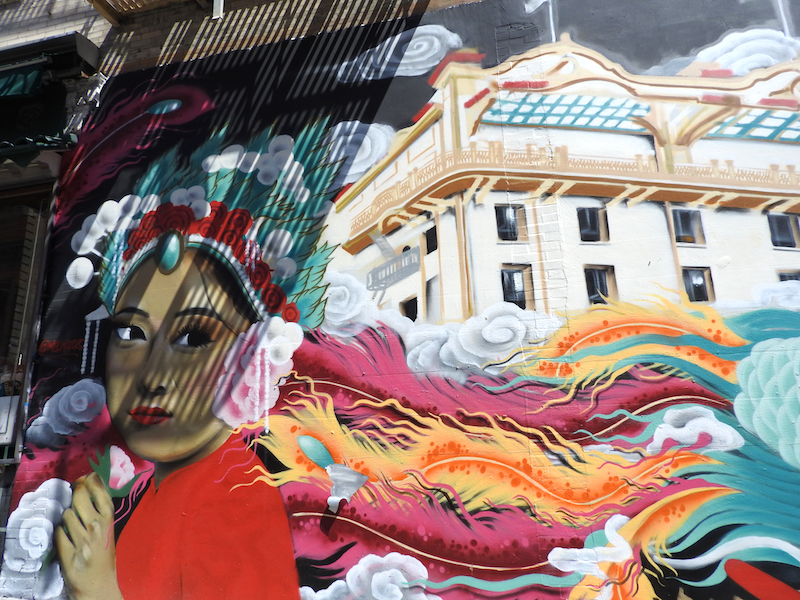 Don’t miss: A 90-minute guided walking tour with Free Tours by Foot, that lets you in on the fascinating history and secrets of this area.

This area is SF’s Little Italy, home to a significant Italian (American) population, and therefore, delicious Italian food. This is where San Francisco’s throbbing nightlife scene originated, and it still remains one of the most of the liveliest neighbourhoods to catch up over a drink in the early evening, or late in the night. 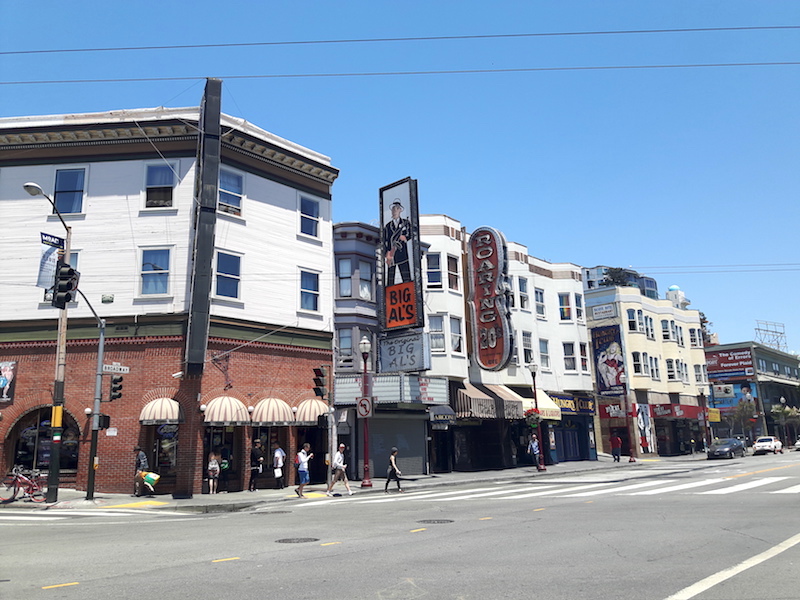 For your own bit of urban oasis, just pick up a pistachio gelato at one of the numerous family-run gelatarie dotting the streets and make your way to the leafy expanse of Washington Square Park. Or peep into the North Beach Museum, tucked away on the second floor of the Eureka Bank building, to learn about the history of this community.

Don’t miss: The City Lights Booksellers & Publishers, founded in 1953, is one of the original landmarks of this area, with a remarkable collection of books. 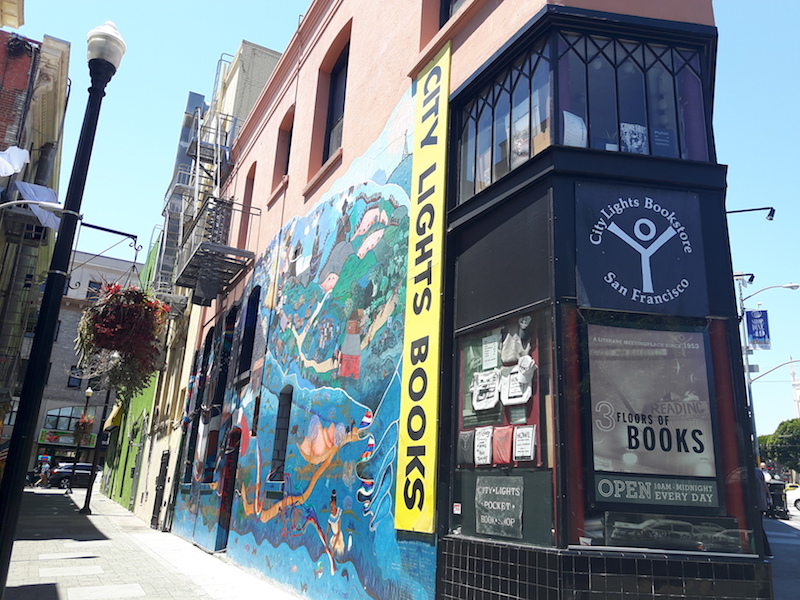 Nearly every single visitor to San Francisco heads to Fisherman’s Wharf, with its tacky novelty museums and souvenir shops, making it the most popular tourist attraction, even ahead of the Golden Gate Bridge. It is really impossible not to be charmed by the constant buzz around this waterfront area, most of it centred around the touristy Pier 39. After all, 12 million annual visitors can’t be wrong. 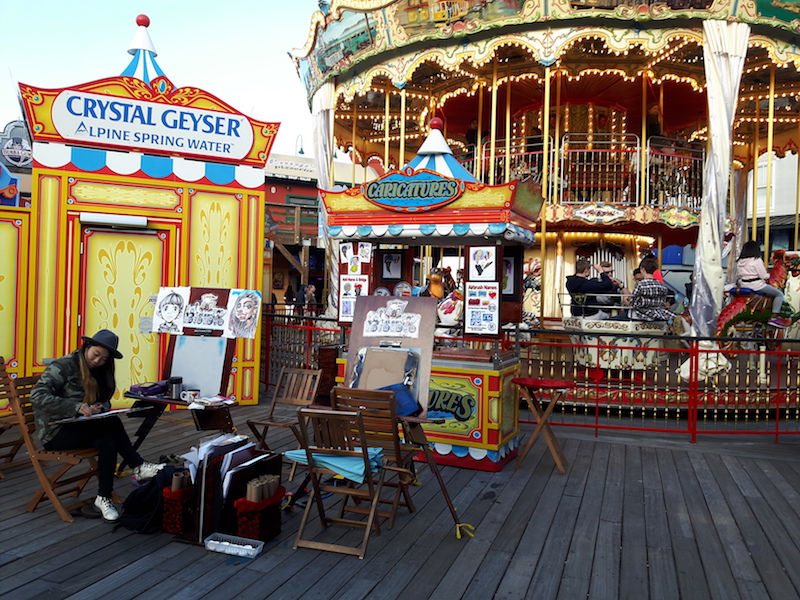 This is also among the best places in San Francisco for kids, with attractions like the Sea Lion Centre, the Aquarium of the Bay and the Madame Tussauds Wax Museum. Grab a soup in a traditional sourdough bread from Boudin Bakery or sit down for a fresh seafood meal at one of the specialty restaurants on Pier 39. 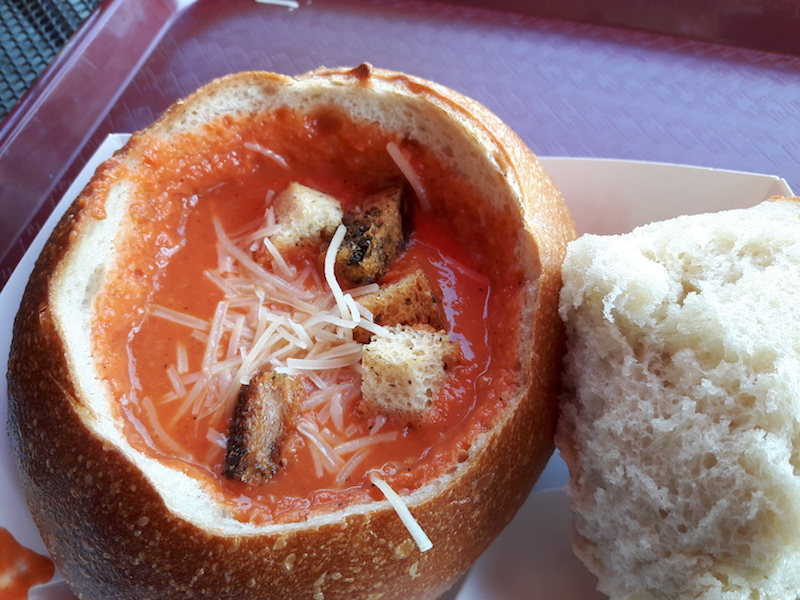 Don’t miss: A cruise to Alcatraz Island that served as the infamous prison for characters like Al Capone; of the 14 inmates who ever tried to escape, none were successful.

It is said that when the going gets tough, the tough get going – to Union Square, primarily to shop. This part of San Francisco, close to the commercial heart of the city, calls out to everyone with its open-air plaza and vibrant arts scene. From swanky designer labels to sprawling department stores like Macy’s, this is also the ultimate shopaholic’s heaven.

With its rich history, Union Square still plays host to many public events, including the city’s annual Christmas tree. Even those not inclined to spend money on retail therapy will have enough fun window-shopping and gawking at the beautiful art galleries. 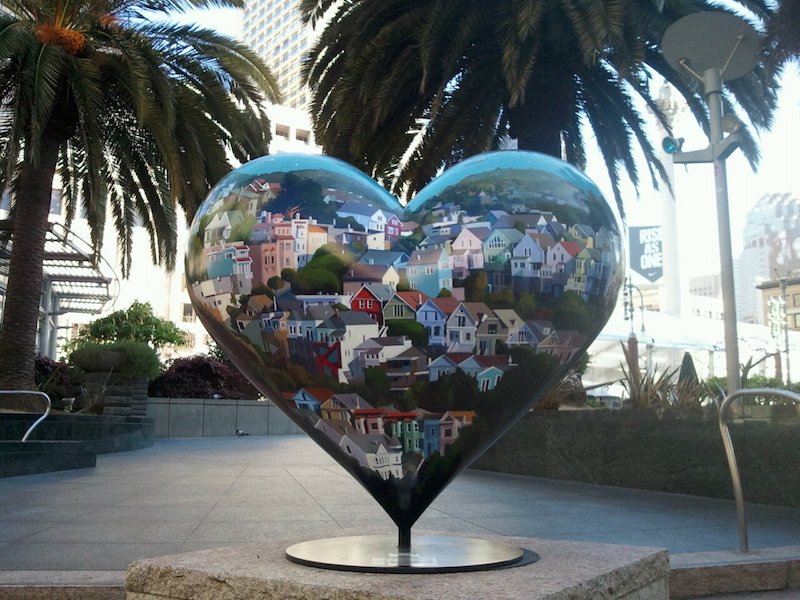 Don’t miss: ‘The Hearts in San Francisco’ art installations, started in 2004 by the San Francisco General Hospital Foundation, with the idea of fundraising. Like Tony Bennett song this project was inspired by, you too are sure to leave your heart behind in San Francisco.

***
(Published in the July issue of Jet Wings magazine)