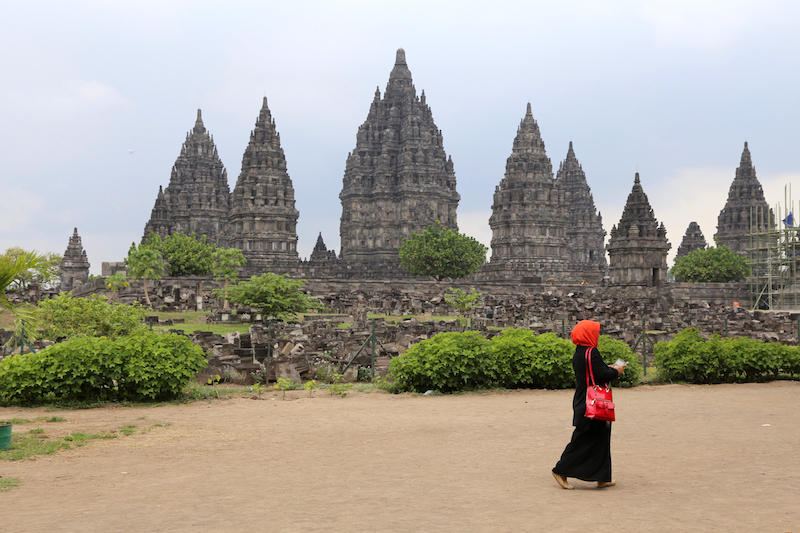 Continued from my evening experience of watching the Ramayana in Indonesia

This was, in fact, my second trip to the Prambanan temple complex in the day. I had paid a visit as a typical tourist earlier in the morning, to take in the magnificent Hindu temples dedicated to the trinity of Brahma, Vishnu and Shiva (to whom the largest temple here is dedicated). 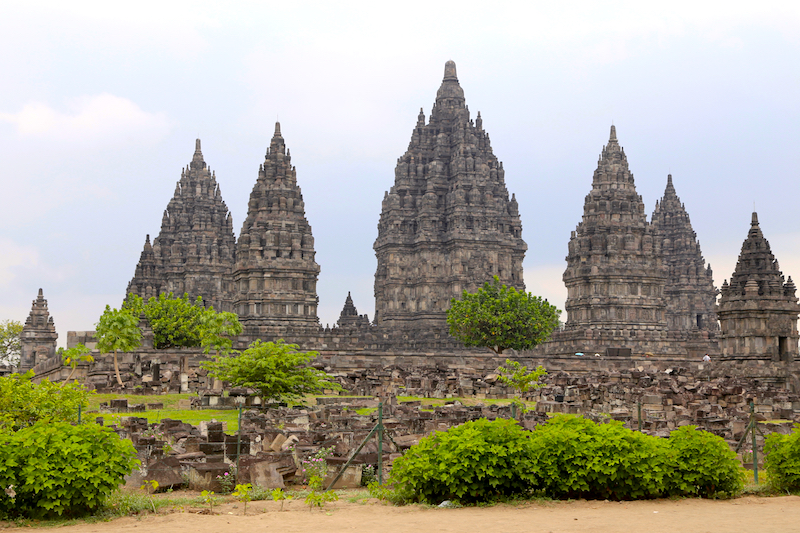 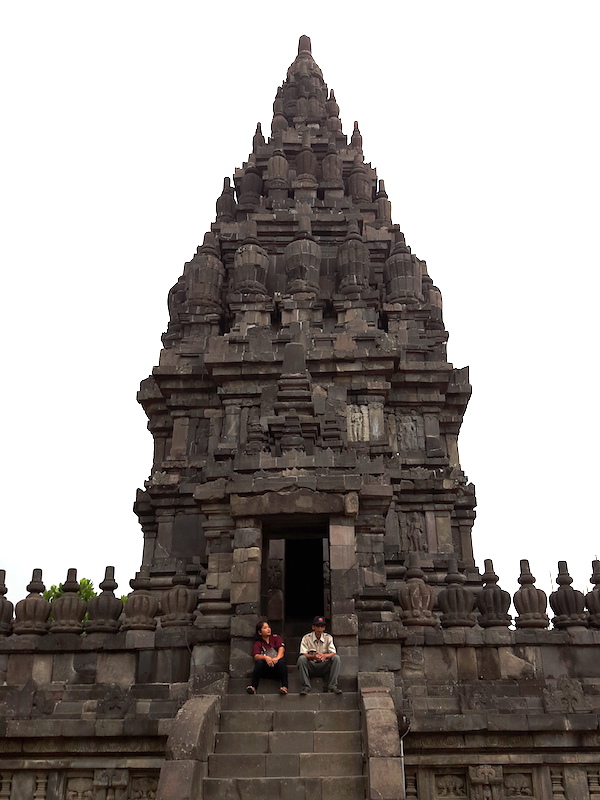 The sky was grey and menacing when I stepped into the complex, with the rain thundering down within minutes and adding a touch of drama to this fascinating, open space.

All the temples in this complex were built between the 9th and 10th centuries, when this Java region of Indonesia saw the intermingling of Hindu and Buddhist cultures. 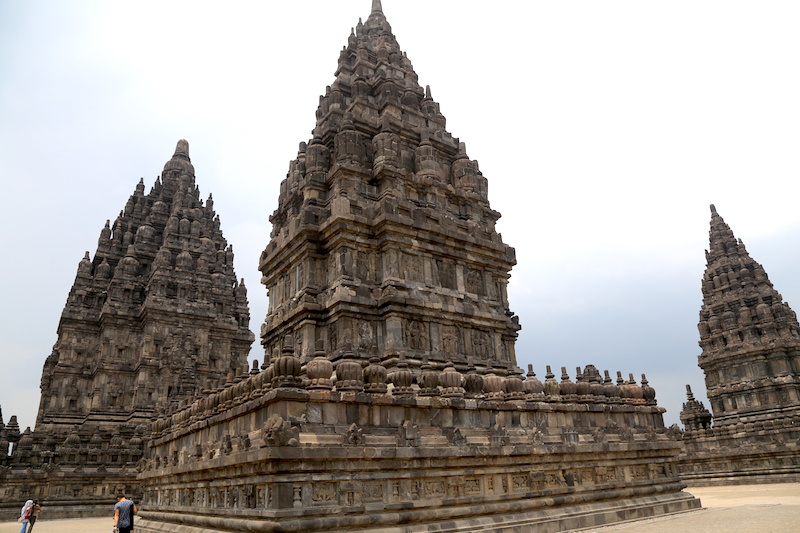 Being at Prambanan was a bit like standing inside a forest of temples, the tall spires reaching towards the skies. There are over 200 monuments inside this complex, but only some of them survive intact today, most destroyed by earthquakes over the centuries. 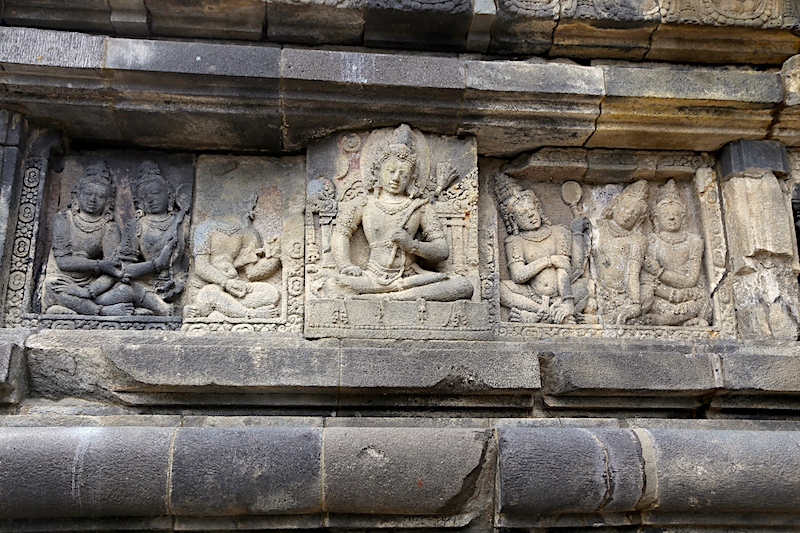 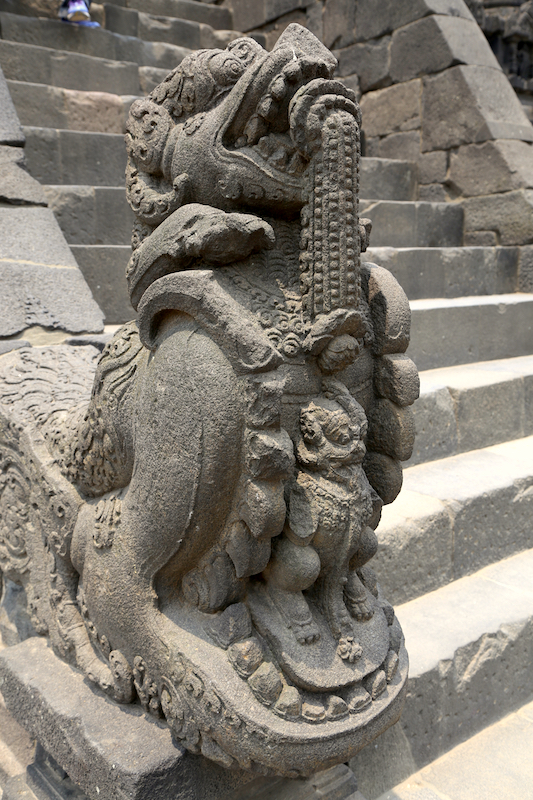 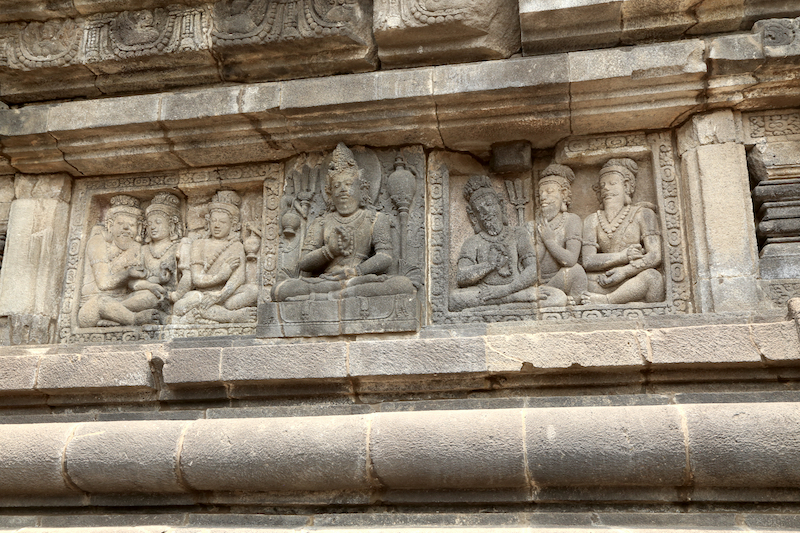 At closer glance, every temple took on a character of its own, each with its unique and profuse carvings on the walls and pillars, particularly the bas-relief of Ramayana in the central ones. I even spotted a classic Ganesha statue inside one of the shrines, practically undamaged and shining in the dim light that managed to stream in through cracks in the roof. 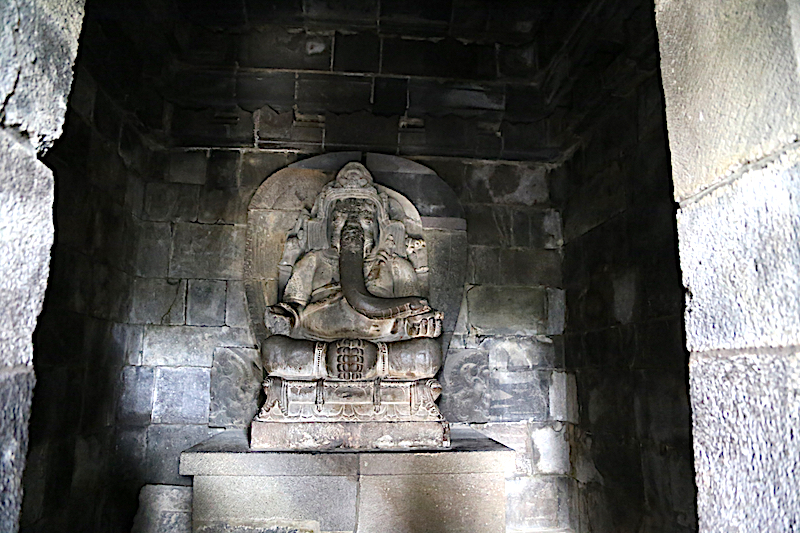 Not surprisingly, the Prambanan temples were inscribed in the UNESCO world heritage list a few decades ago. Along with the world’s largest Buddhist temple at Borobudur, the Hindu temples of Prambanan stand as a solid testament to this country’s respect for its chequered past and the tolerance for its multicultural present under the rule of the present Sultan. Surely, there is a lesson for the entire world there in this small, bustling town of Indonesia.

2 thoughts on “A forest of temples at Prambanan”