So you have risen at the crack of dawn and made your sleepy way across the empty streets of Agra to see the Taj Mahal at sunrise. You have followed in the glamorous footsteps of international celebrities, from Leonardo DiCaprio to Oprah Winfrey, for that iconic snapshot on the stone bench facing the edifice. And you have held your breath as the savvy tourist guide prattled on about the romantic legends behind this 17th century ode to love from Mughal emperor Shah Jahan to his dead wife Mumtaz Mahal. 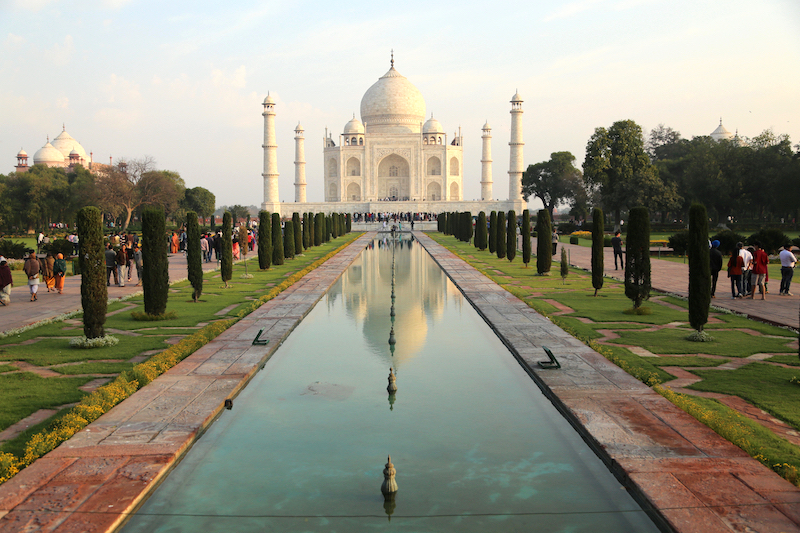 Here is the thing. While it is the siren song of the Taj Mahal that lures over seven million visitors to Agra every year, most of them fall for the laidback charm of this dusty, crowded city in the heart of India. For a complete visit to Agra beyond the standard Taj tour, take your pick from a wealth of Mughal-era monuments, exploratory food walks, thrilling cycle-rickshaw rides in the old city and then some.

Taj at sunset, and by moonlight

While in Agra, it is impossible to ignore its superstar, described by Rudyard Kipling as “the embodiment of all things pure.” But to enjoy the Taj without the shoving crowds in search of the perfect selfie, head to Mehtab Bagh across the river an hour before sunset. This garden complex predating Taj Mahal by over hundred years is the perfect spot for a panoramic view of the marble monument, with the thin sliver of the drying Yamuna River in front. 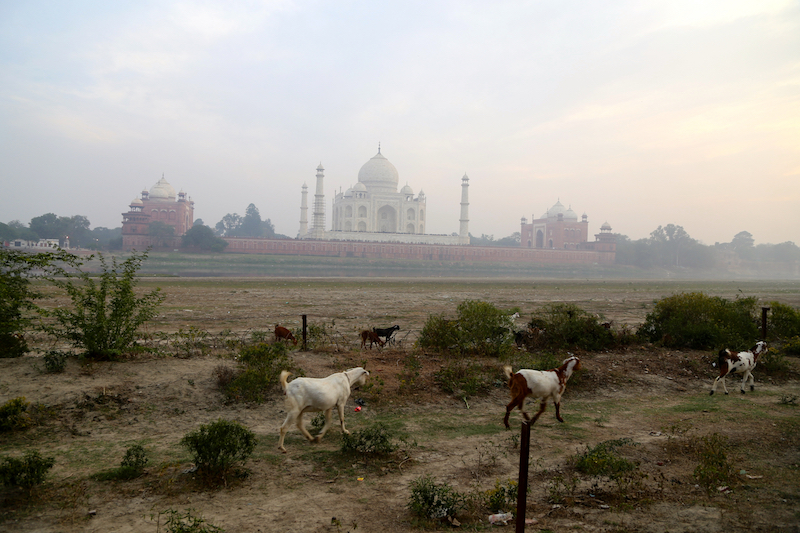 And for an even more stunning experience, pencil in a night view with a small group of 50 visitors, between 2030 and 0030 hours of the Taj, available only on five days of the month around the time of the full moon. Tickets are limited and in great demand, so make sure to book well in advance through a local travel agent or the official website.

From the Taj, make your way to Baby Taj, the Itimad Ud Daula tomb built a few years earlier in honour of Mumtaz Mahal’s grandfather Mizra Ghiyas Beg. The first Mughal monument to be built entirely from marble, the highlight here is the delicate jali (marble lattice) work on the windows. 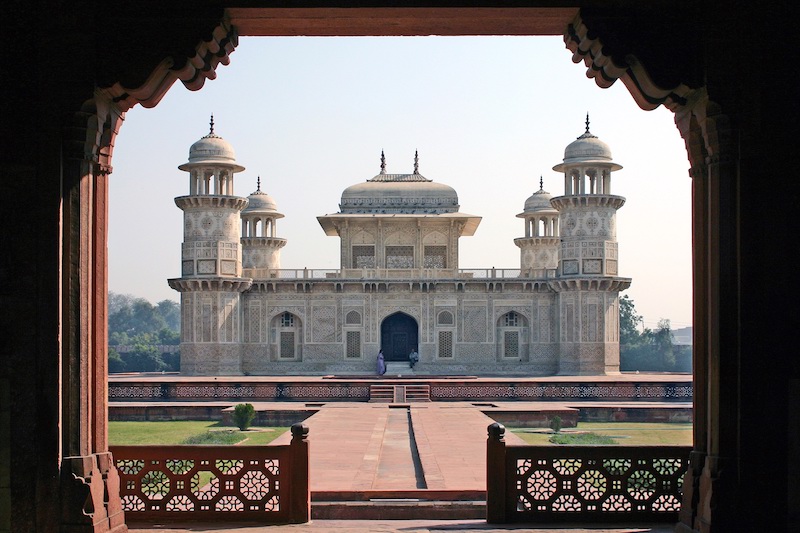 If the Taj Mahal is the undisputed crown jewel, the Agra Fort is not far behind in terms of scale, grandeur or beauty. Built as a military fort by Emperor Akbar in 1565, it was repurposed into a palace by his grandson Shah Jahan, who spent his last years there as a political prisoner of his own son Aurangazeb who usurped the throne, gazing across the Yamuna at his creation.

Lanes and markets of old Agra

Like any small town in India, the core of old Agra is a warren of lanes, each with a thriving local market. From exquisite zardosi embroidery at Kinari Bazaar and inexpensive leather goods at Sadar Bazaar, to the heady aroma of spices at the Rawatpara Spice Market and the captivating bustle of a wholesale vegetable market at Sabji Mandi, there is something for every kind of shopper in Agra.

To delve deeper into the truly multicultural history of this city, go on a walking or tuk-tuk tour with resident experts Padhaaro. It is the best way to learn the history behind the unknown but fascinating non-Islamic and colonial landmarks, including the 16th century Akbar’s Church and the nearly 500-year-old the Roman Catholic Cemetery dotted with miniature Taj Mahal lookalikes and filled with whispers of prosperous lives from long ago. 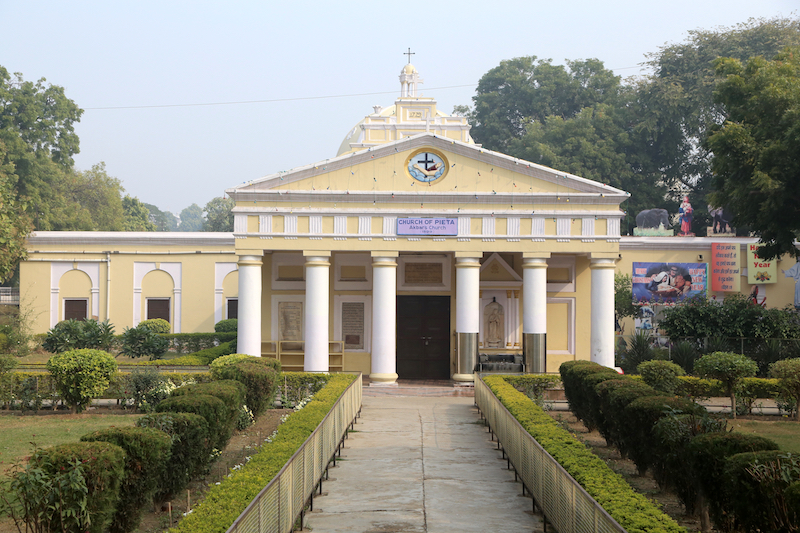 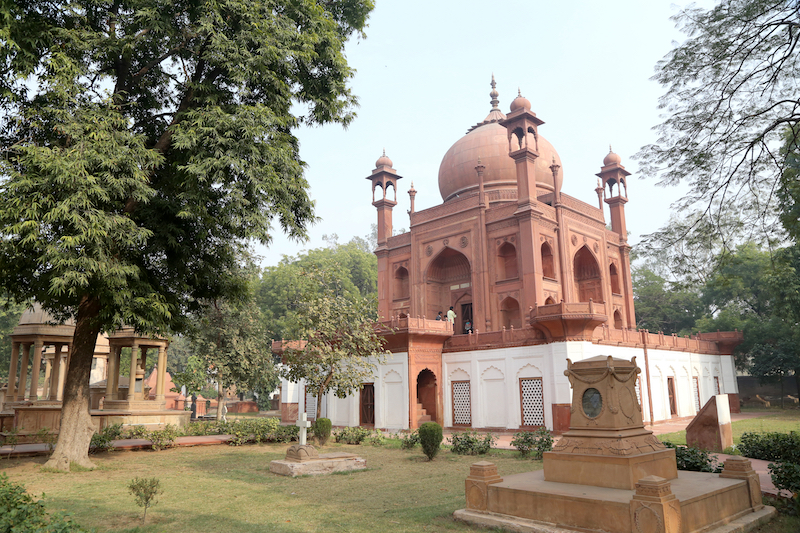 After a busy day of sightseeing, find food nirvana at the chaat gali (literally snack street) of Sadar Bazaar market. With landmark chaat shops like Shri Agrawal Chat House and Agra Chat Bhandar, this neighbourhood is a delight for the tastebuds; try the sinful kachori or samosa (fried snacks with spicy lentil or potato filling) and the fluffy besan ka chhila (crepes made of chickpea flour). Finally wash the spice down with generous helpings of Agra’s famous petha, a gooey sweet made of pumpkin, at the Panchhi Petha shop. 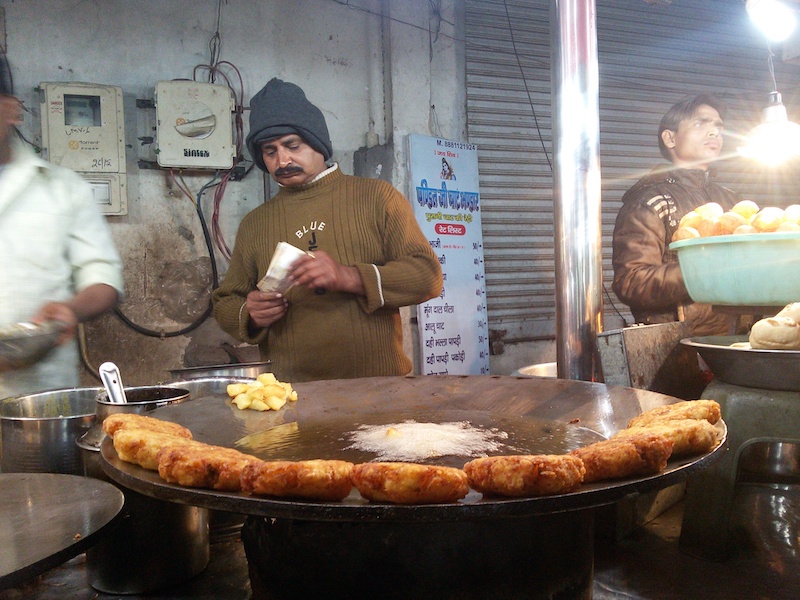 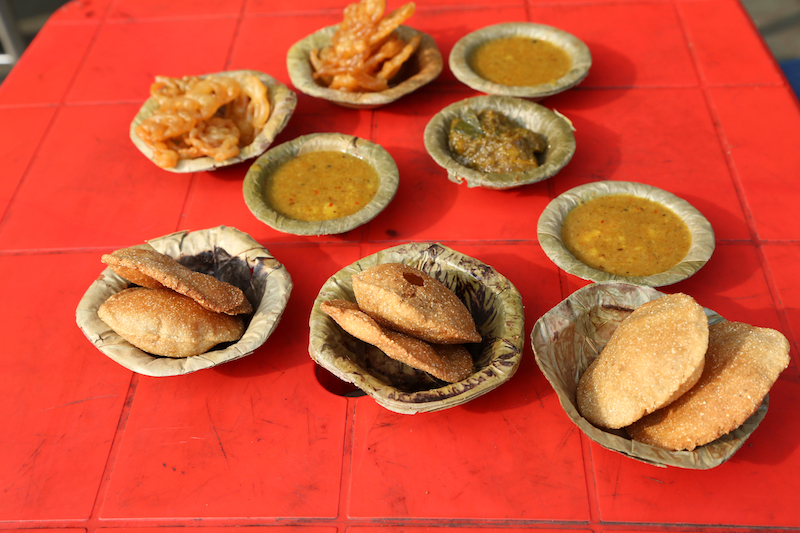 If street food does not sound appealing, then there is an option to enjoy authentic regional cuisine with a Traveling Spoon host. Or sign up for a cooking class with Agra Magic that includes a visit to a local home and lunch.

When the crowds and chaos of the town get too much to handle, head out to Fatehpur Sikri, the third UNESCO listed monument in this area. Still considered the highlight of Indo-Islamic architecture, this well-preserved city served as the capital of Emperor Akbar’s kingdom for a few short years from 1571 to 1585 , before acute water shortage forced his descendants to move to Agra just 40 kilometres away.

Or find solace in the sounds of birdsong at the Keoladeo Ghana National Park, also just over an hour’s drive away. Known popularly by its local name Bharatpur Bird Sanctuary, this forest is home to more than 230 species of birds, and comes alive especially in the winter months with dozens of migratory species visiting from as far away as Australia and Siberia. 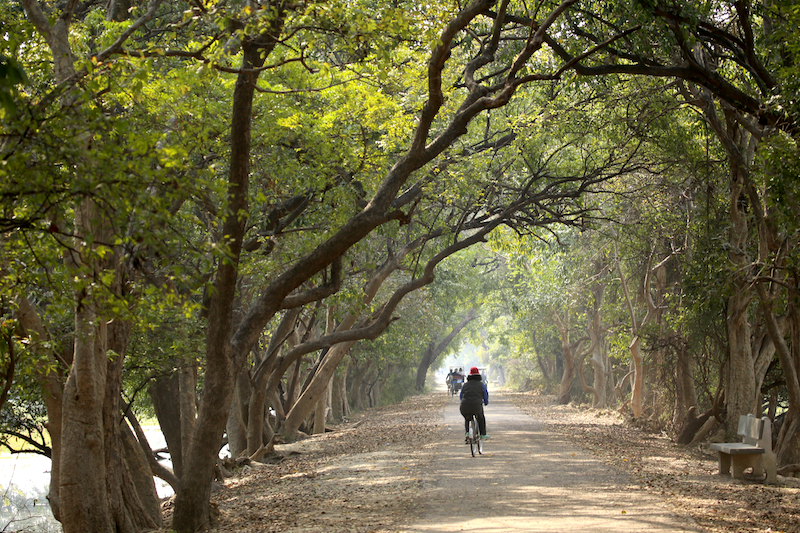 2 thoughts on “Agra beyond the classic Taj tour”