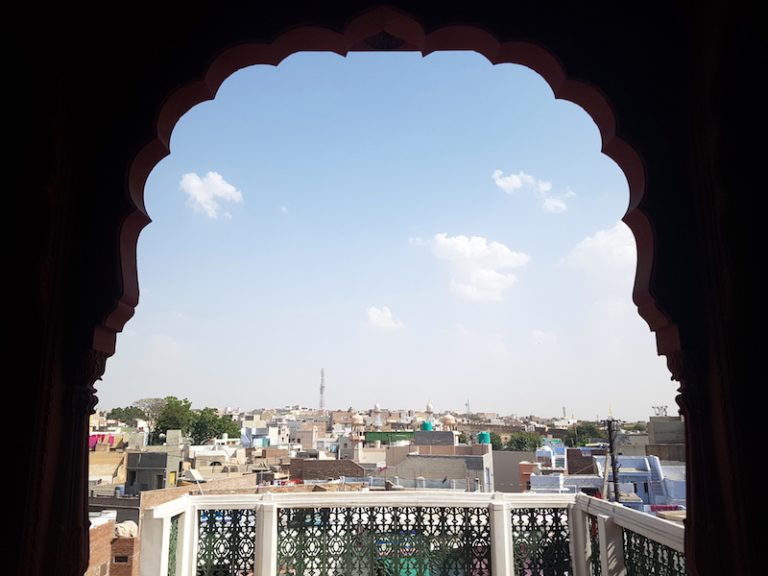 Not many people know this, but Bikaner’s story began with a runaway prince. Rao Bika, the eldest son of Maharaja Rao Jodha from the neighbouring kingdom of Jodhpur left his father—and crown—in a huff in the late 15th century to seek his own fortunes and set up a kingdom with his own name. What he found was the arid wilderness of the region then known as Jangladesh, from which he created the prosperous kingdom of Bikaner.

In that stunning metamorphosis, the rulers were helped by the fact that the town fell smack in the flourishing Silk Route between ancient China and Mediterranean Europe. And more than the kings, it was the astute merchants of Bikaner who really built up its prominence as a trading town. Today, the only relics of that age are the havelis of the merchants, which lie forgotten, dilapidated, in the narrow lanes of the old city. 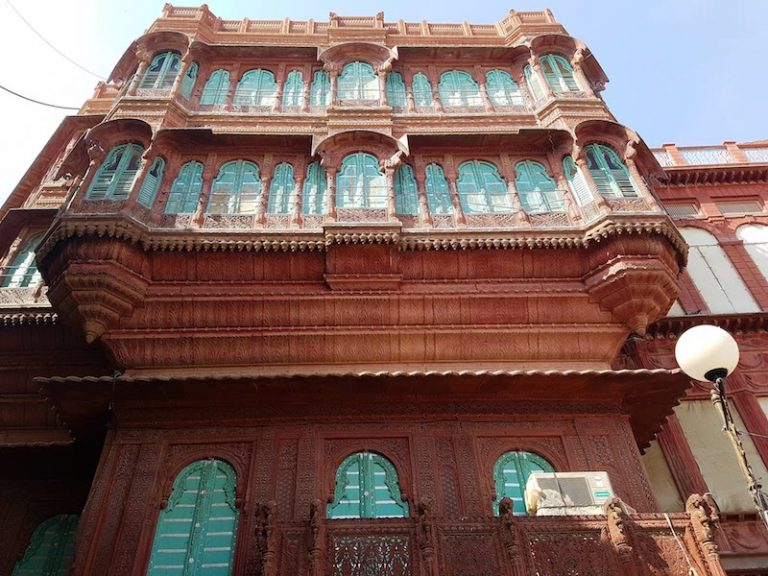 I was staying at Narendra Bhawan, the residence of the last king of Bikaner, an erstwhile palace repurposed into a plush heritage hotel. Narendra Bhawan itself was a glorious peek into the life of the late king Shri Narendra Singhji—from a fiery red grand piano in the lobby, to vintage editions of Playboy magazine in the den, and rare china and crystal collections on display in various nooks and corners. 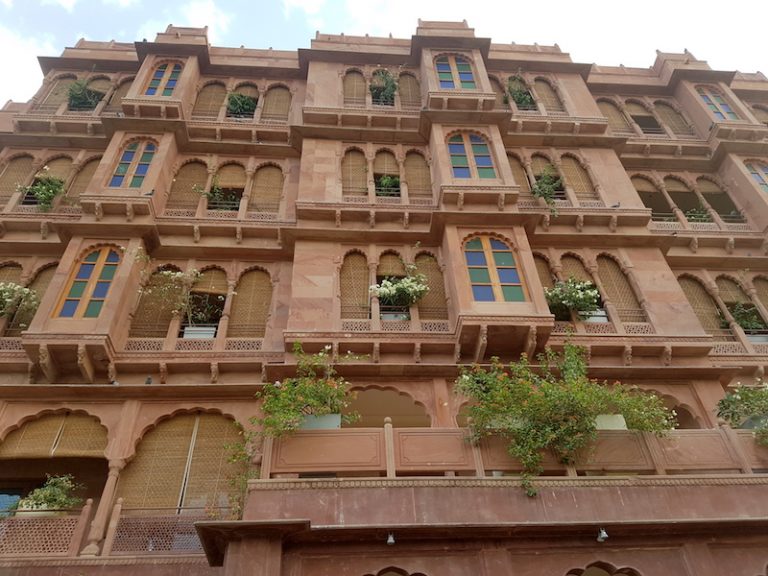 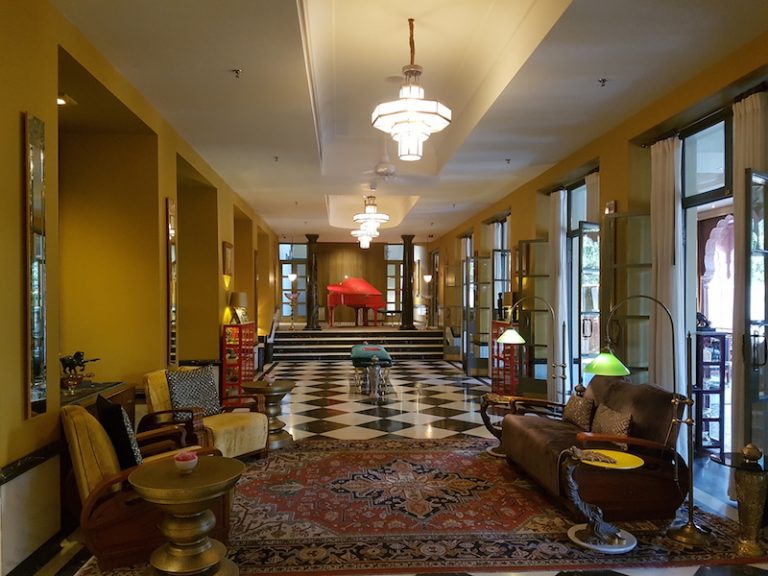 But my interest was more in discovering the havelis, and so after breakfast one morning, we set off on the Merchant Trail curated by the hotel. Built between the 17th and early 20th centuries, these red sandstone havelis in the heart of Bikaner were a symbol of status and affluence.

At the peak of Bikaner’s glory, it is believed that there were over a 1000 such havelis, although only a few dozen now survive, mostly in a state of ruin, especially inside. They were abandoned when their owners migrated to large cities like Kolkata and Mumbai for better prospects in the mid 20th century.

Our destination for the morning was the Rampuria havelis, a collection of mansions that once belonged to one of the most influential families in town. Walking into the tiny lane, I was sceptical about what was to come—but not for long—as I emerged right in front of a magnificent haveli. And then on, as we zigzagged through the warren of lanes, it only got more wondrous and incongruous, the streets seeming to have no connection to the mansions they hid (in plain sight).

Most of the Bikaneri havelis display a range of architectural influences, from Rajput to Mughal, with the odd Victorian flourish thrown in: think intricate carving on stone jaalis (lattice) and projecting jharonka and chhajja (balconies and overhangs). Occasionally, from one of these latticed windows, cheeky little children waved out to us and posed cheerfully for photographs, completely oblivious of the history that surrounded them on all sides. 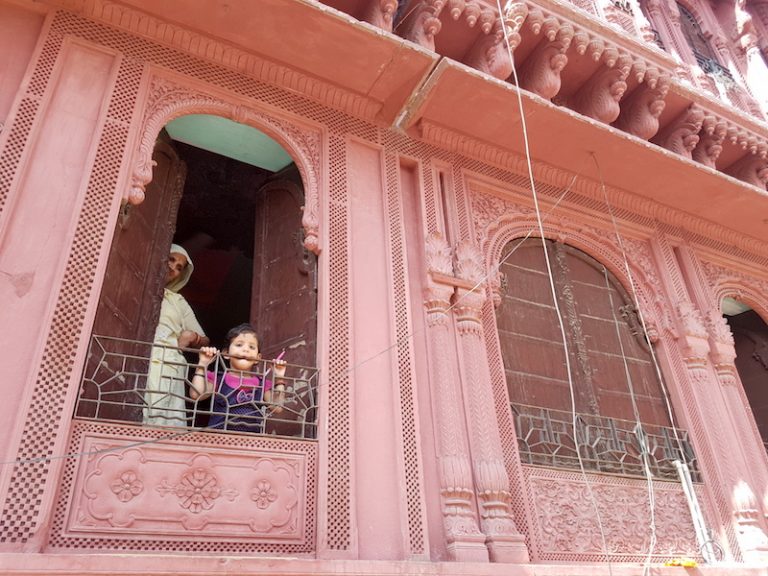 I followed this up with a visit to the Bhanda Shaha (also known locally as the Bhandasar) temple. And I was so glad I did, for this 15th century temple built by a Jain merchant had some of the most stunning wall and ceiling murals I had seen, even in neighbouring Shekhawati. 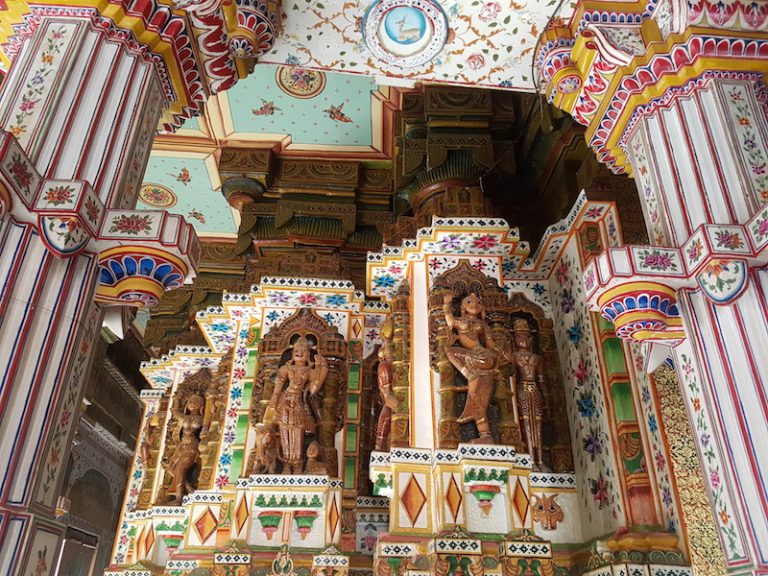 Later in the evening, we took a leisurely stroll through the crowded markets around the Kote Gate area, where locals congregated for their daily dose of gossip along with chai and kachori. Shops selling heady Marwari spices sat cheek by jowl with others peddling colourful leheriya saris and ghagras, each crowded with groups of women bargaining for the best deals.

On my first trip to this sleepy, forgotten town, I realised that like most places in the Indian desert, Bikaner’s primary colour palette was sepia. But over that weekend, I was fortunate enough to see the multiple splashes of reds, greens and yellows also peeking through. 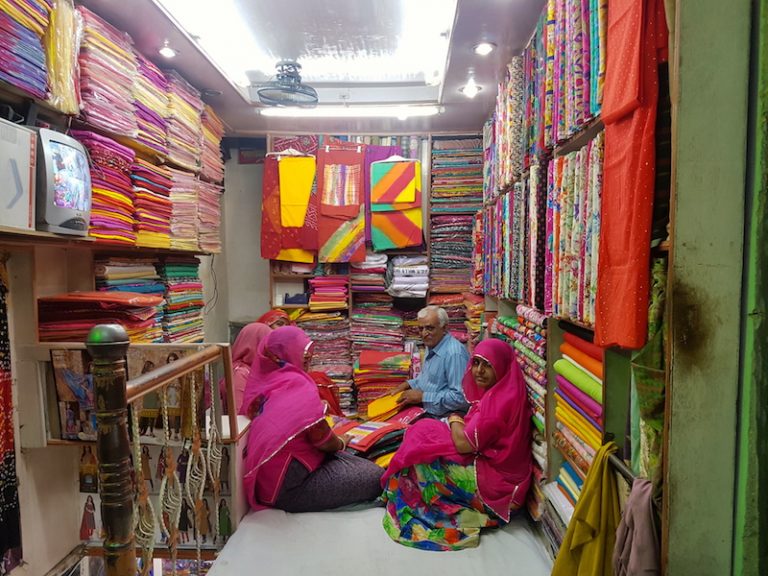 ***
First published a few weeks ago in Mint – also read my – quick guide to Bikaner in The National.

A moment of deep meditative silence during the twi

They say these are musical pillars, but how can I

Perhaps my most favourite frame from #Hampi, where

Drama in the skies at #Hampi #ruins #architecture

#Hampi is one of my all time favourite destination

Is this what they mean by picture perfect? #Venice