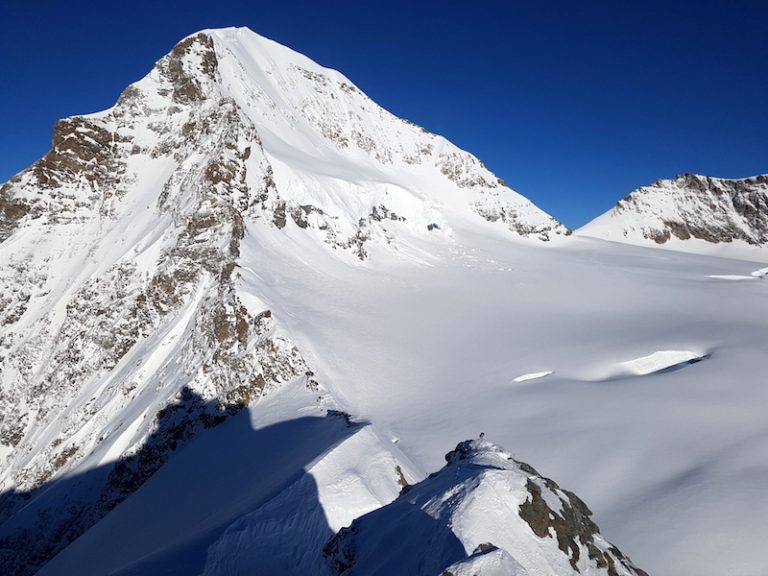 My visit coincides with Charlie Chaplin’s 40th death anniversary (that falls on Christmas day), and to mark the occasion, Chaplin’s World, along with Jungfrau Railways had commissioned British sculptor John Doubleday to create an ice sculpture of Chaplin. This was to be inaugurated on top of Jungfrau mountain, and so from the museum at Vevey, I head to the hills.

My base for Jungfrau is Interlaken, the pretty Swiss town made famous in a thousand Bollywood films by the redoubtable Yash Chopra – and yes, they even have a statue of the director in a park. From my window at the Victoria Jungfrau Grand Hotel and Spa in Interlaken, Jungfrau and the neighbouring peaks of Eiger and Mönch wink alluringly at me, as the sun sets in the distance. 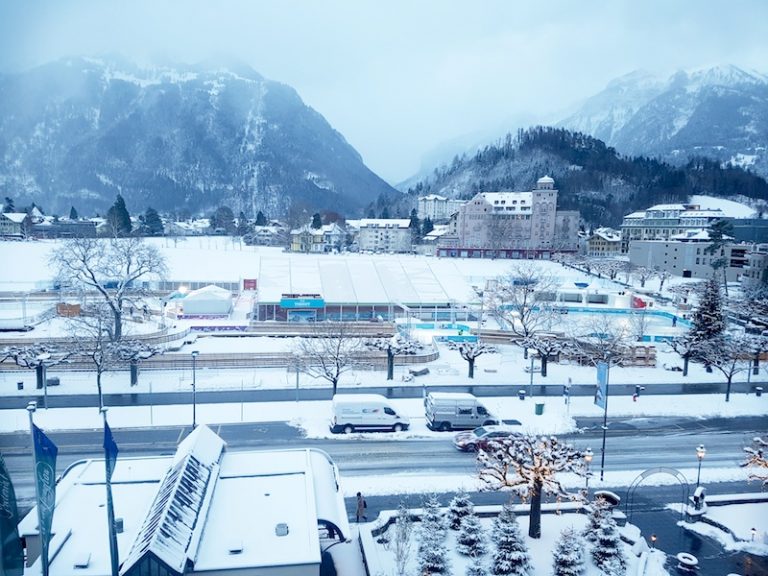 The next morning, Interlaken is covered in a blanket of fresh snow as we leave for Jungfrau, changing three trains in less than two hours. Winter and snow have come early to Switzerland this season, and any minor splashes of green we see on our first stretch to Grindelwald soon disappear, as we climb up steadily and steeply on to Kleine Scheidegg, making our way towards Jungfraujoch, popularly known as the Top of Europe. This train route cuts right through the heart of the Eiger, an engineering marvel constructed over a century ago. 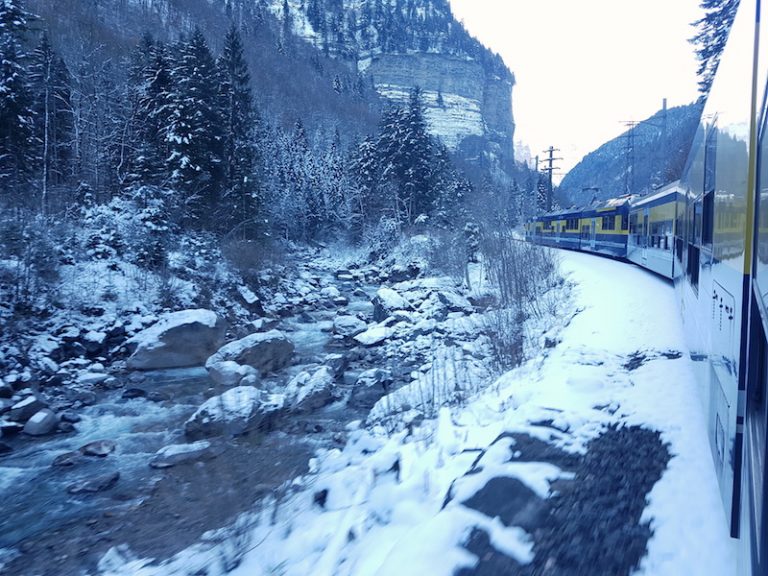 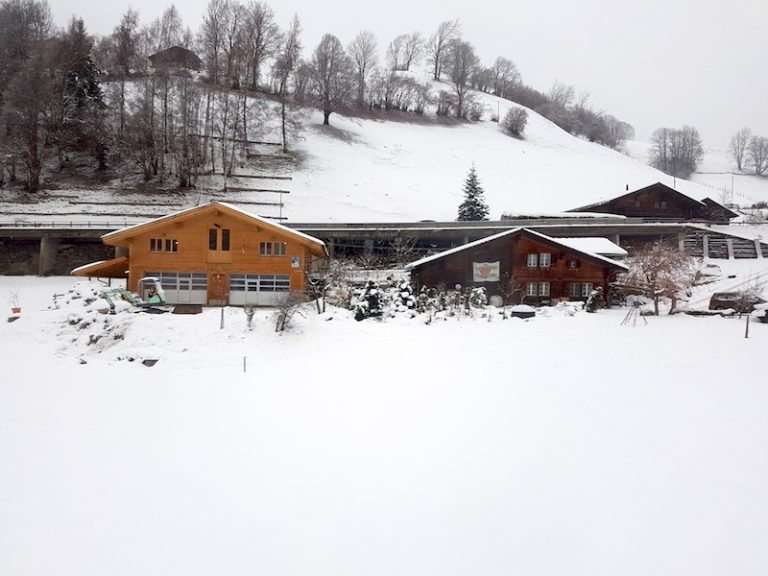 Most of the way, all I can see around me is a thick cover of white, tiny wooden homes peeping up occasionally, wisps of smoke trailing out of thin chimneys. The usual soundtrack of Switzerland, the clinking of cowbells, is understandably absent in this weather. As we go higher, a few skiers begin to appear in the distance, clomping their way up or whizzing down through the snow. A couple of startled chamois deer make a rare appearance right by the tracks before bolting into the nothingness.

We soon arrive at Jungfrau, at an altitude of 11,332 feet and a temperature of minus 12 degrees. Mercifully, the sun is shining gloriously, and even out in the open on the area known as the Plateau, it is possible for me to feel my fingers, and even when I expose them to the elements for several minutes on end in an attempt to take the perfect selfie.

The sharp sun through the snow leaves me sweating and shivering by turns, depending on where I stand, and I am thankful for the sunscreen and the sunglasses, as well the several layers of thermal wear I have going on underneath the jacket. I wait for the novelty of gazing at snowclad peaks to wear off but that does not quite happen; every corner I turn seems stunning, and has me gasping for breath all over again, and not just because of the altitude. On one side, the Aletsch Glacier winds seductively, only a tiny bit of its 22 kilometres visible from here. 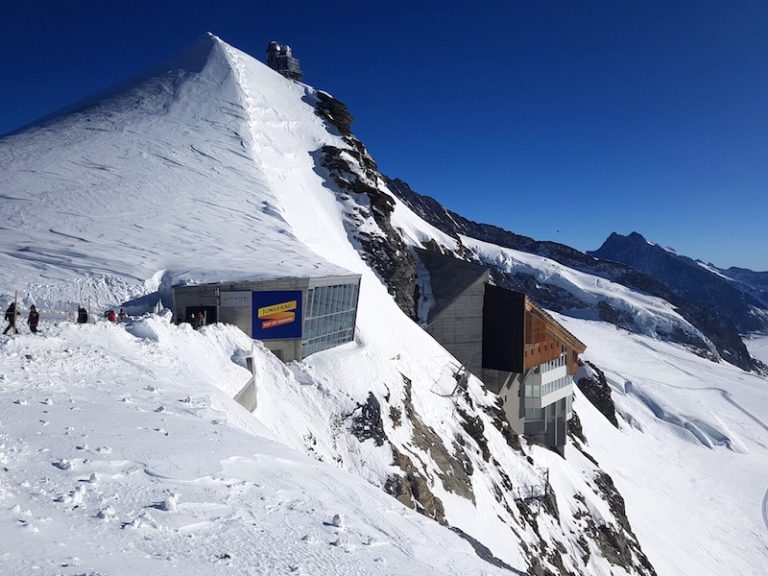 The real action, though, is inside at the Ice Palace, tunnels and hallways made entirely of glassy ice where niches containing sculptures of birds and animals are on display through the year. I try not to slip on the smooth surface, as I head to the area where Doubleday awaits along with the people from the Chaplin Museum and the Jungfrau Railways for the formal inauguration of the statue.

The ice sculpture depicts Chaplin in perhaps his most famous role, the lovable Tramp, along with the Kid. Doubleday, who usually works with bronze, shivers as he poses for photographs, and says in jest, “never again ice” as he recalls the eight months he spent chiselling this work of art. “I think of this (figure) as the quintessential Chaplin, somewhat lonely and fragile, but also full of the fighting spirit,” he says when I catch him for a quick chat. 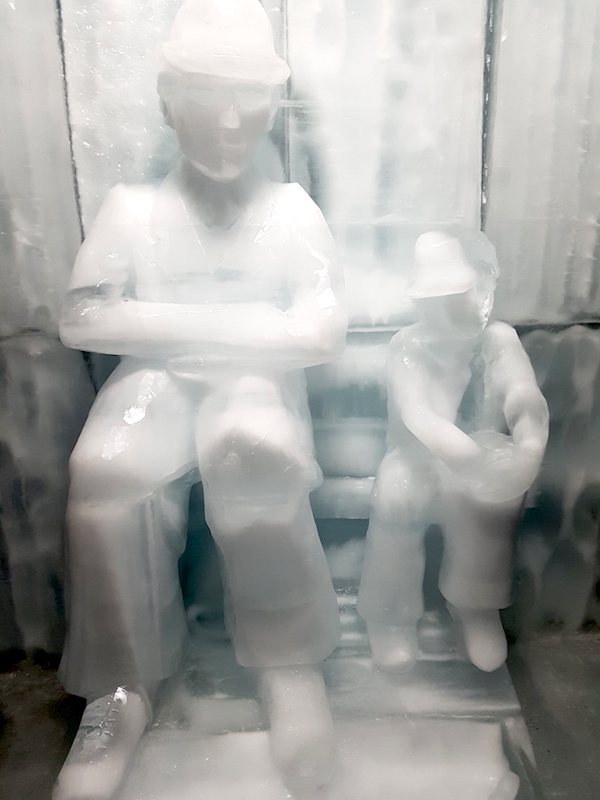 On the train journey back down to Interlaken, I wonder why Charlie Chaplin remains so popular and relevant even today, ages after the vestiges of black and white cinema have vanished. Perhaps the clue lies in that very speech that riled the American authorities. Sample this line: “Let us fight to free the world – to do away with national barriers – to do away with greed, with hate and intolerance”.