It was during a long weekend in August that my husband and I decided to head out from our home in Delhi in search of the forbidden fruit. The Eden we had in mind was Thanedar in the hills of Himachal Pradesh. We set off well before dawn, driving on the smooth highway to Chandigarh and then through Kasauli, Solan, Shimla, Kufri and Narkanda, all places we had only vaguely heard of so far.

It was late evening by the time we pulled up at the Banjara Orchard Retreat in Thanedar, our home for the next three days. But the minute we spotted the heavily laden apple trees lining the lanes of this village, we found our weariness forgotten. 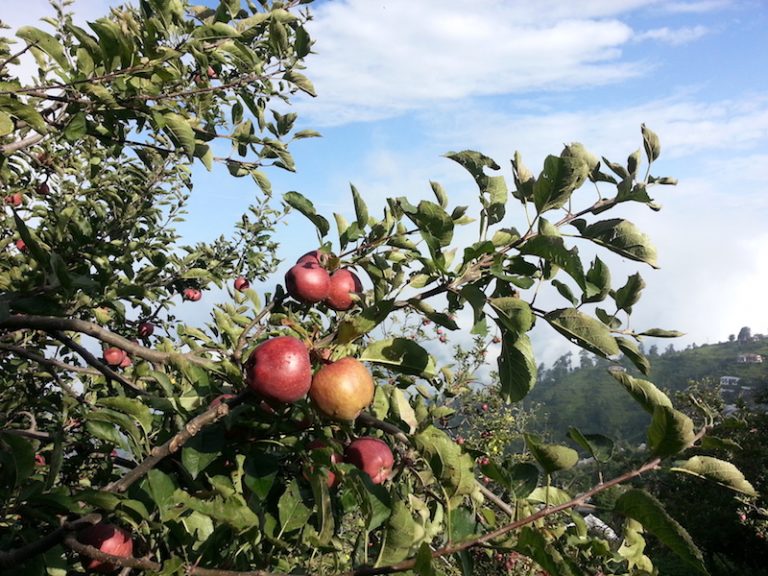 We woke up early the next morning to magnificent views of the distant Dhauladar mountains covered in a soft blue haze. Over chai and breakfast, we watched the mist clear, and the outlines of lush deodar trees take shape on the horizon. More importantly, we began to see the dozens of apple orchards blanketing the hills.

We then set off on an exploratory hike, the weather just perfect for hours of aimless walking. There were apples of varying colours (from rich reds to pale greens) and sizes (from bite-sized babies to monsters) hanging from trees all along the way. The Thanedar market was just coming to life, shops lifting their shutters and stalls opening up their wares. Everyone in town seemed to be involved in the apple business in some manner, locals cheerfully inviting us to pluck fruit from the trees pretty much wherever we felt like. 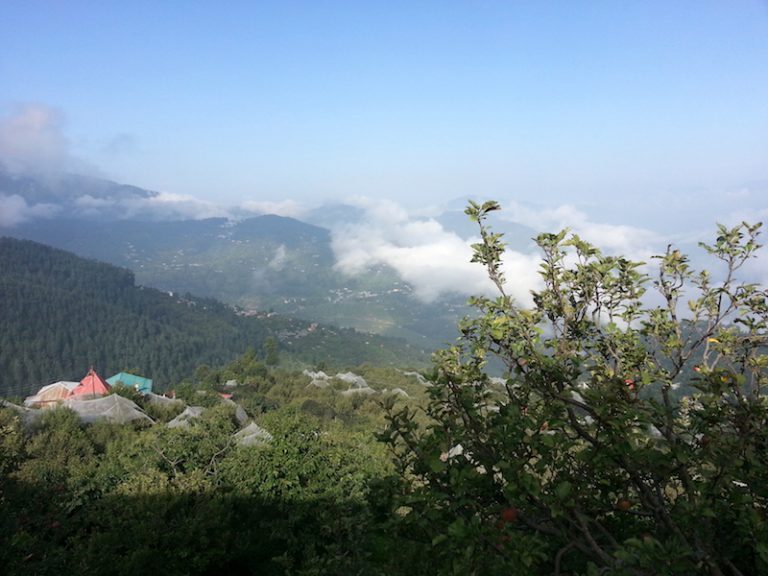 Someone suggested a visit to the neighbouring village of Kotgarh – an easy walk of half an hour, he said – and off we went. We crossed more apple trees, some lonesome, some part of thick orchards. After numerous rest stops and photo breaks, we finally arrived at Kotgarh just when the small St Mary’s Church was ready to close for the morning.

Seeing the two of us hesitate, the pastor opened the door to invite us in for a quick look at this church built in 1872. Despite its diminutive size, or perhaps because of it, St Mary’s church was a delightful space, with stained glass windows throwing in muted sunlight right into its core. 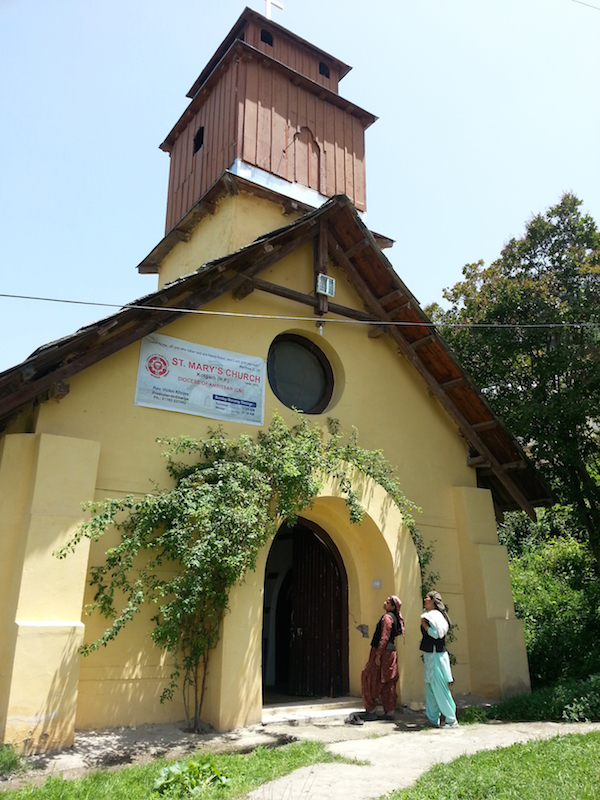 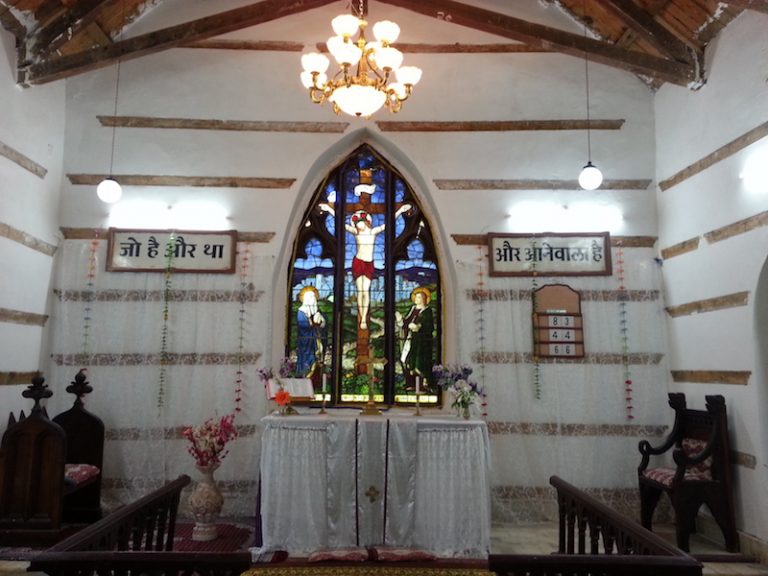 My interest in Kotgarh lay mainly in the fact that it was home to Samuel Evans Stokes, the American missionary responsible for turning this region into the country’s apple hub. Stokes made his way to India in 1904 on a spiritual path, but soon joined the freedom movement, converted to Hinduism and married a local girl, firmly cementing his ties with the community.

And although apples were being desultorily farmed in the area for a few decades, he introduced the Golden Delicious variety from back home in the States, charting a new future for apple cultivation. Since Stokes’ home and orchards in Kotgarh are not open to visitors now, we headed back to Thanedar, ravenous and weary.

The next day, we gained deeper insights into apple farming and harvesting right at the Banjara Orchard Retreat. Evening melted into night over a bonfire filled with stories of mountains, missionaries and McIntosh apples. As I drifted to sleep that night, I imagined the lingering fragrance of apple blossom wafting across my room. 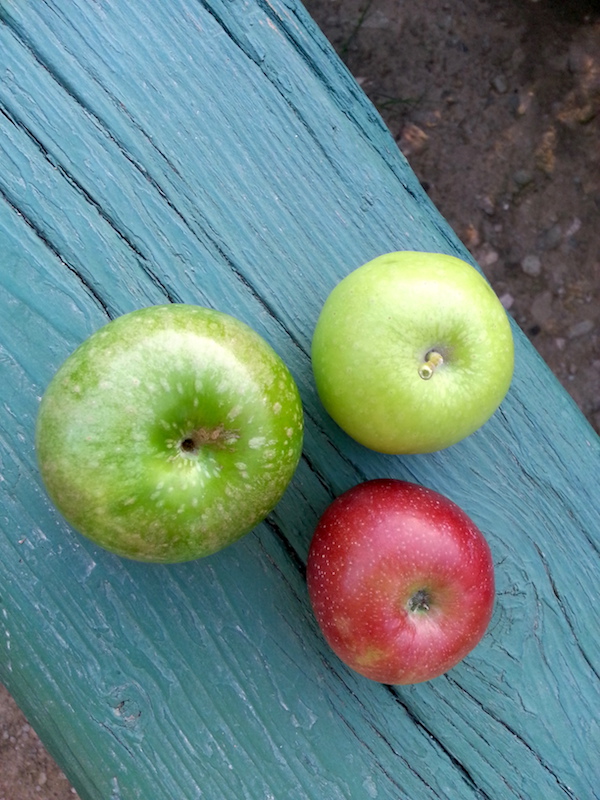