We huffed and puffed our way up to the fabulous Swayambhunath temple in Kathmandu – reaching the top to see those watchful eyes look benevolently over the city.

And on our way down, we took a shorter and easier route and discovered this swimming pool for monkeys. A group of them swinging from trees, somersaulting into the green water and in general, behaving like monkeys. 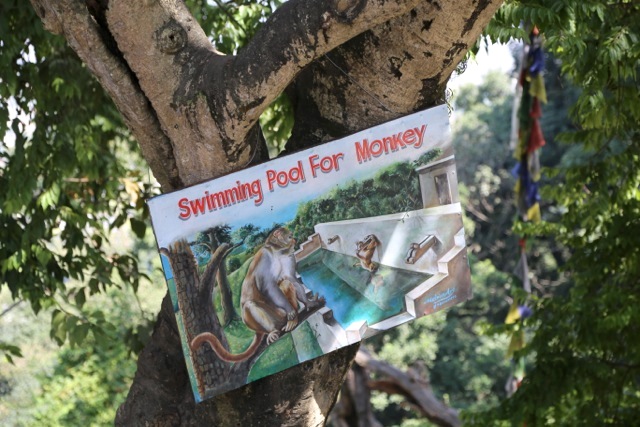 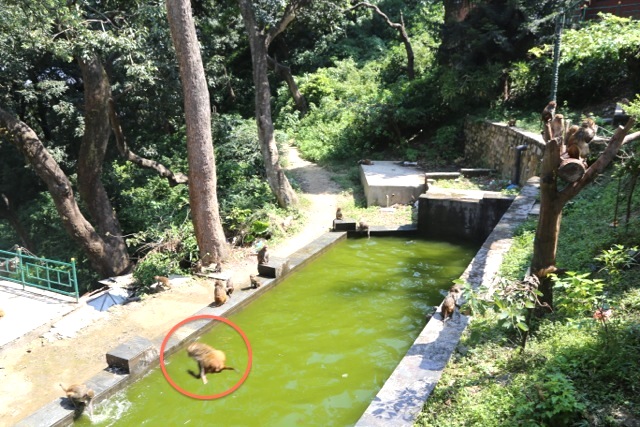 The really fascinating sight was that of monkeys sitting by the water an splashing it vigorously to and fro and on each other. Introspective monkeys, playful monkeys, scardey-cat monkeys – we found them all in the course of the few minutes we spent there (I had to, of course, drag my husband away) 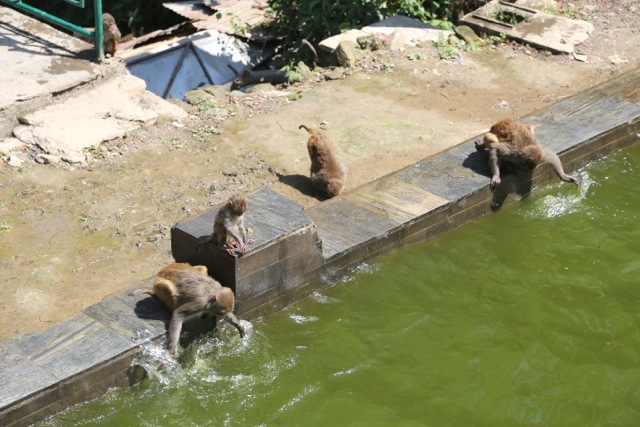 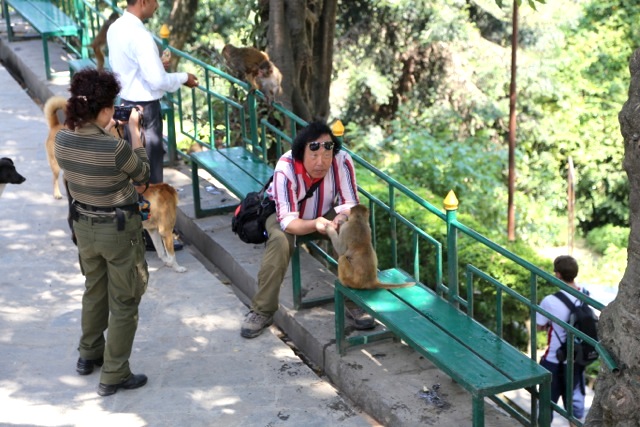 Swayambhunath has large groups of monkeys and is known to some (read, Westerners) as the monkey temple. They truly reign over the place – see this one munching on a bar of Snickers. Totally accustomed to human company, these monkeys were indifferent to fascinated passersby who stopped to play (what a bad idea) and photograph (a few monkeys posed obligingly). 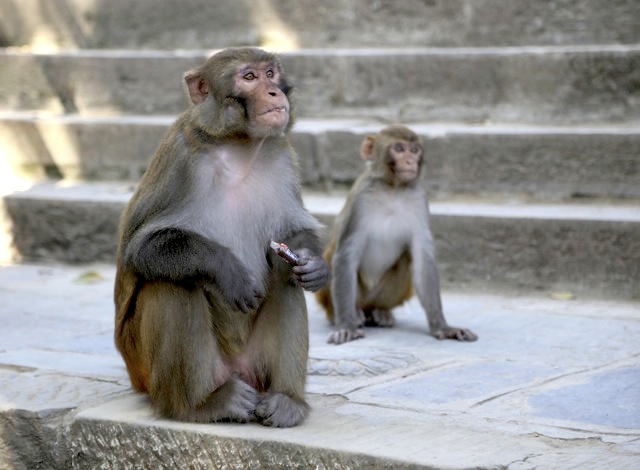 So, have you found a swimming pool for any animal anywhere?

Do Re Mi at Antwerp Station

Officer, this elephant is aroused…

6 thoughts on “The monkeys swim here!”