“Food is music to the body; music is food to the heart,” Gregory David Roberts wrote in Shantaram, his 2003 novel commended by many for its vivid portrayal of life in Mumbai, where the Australian former heroin addict and bank robber lived for 10 years as a fugitive.

But while Bollywood has long included music in its film equation, it has only discovered food in a big way in recent years. Some wonderful food-themed films have left audiences licking their fingers. The most popular is The Lunchbox (2013), which opens in Hong Kong cinemas on Thursday.

Largely set in Mumbai, the film is filled with enticing shots of food that the lovely Ila (Nimrat Kaur) prepares for her indifferent husband each morning, believing the way to his heart is through his stomach. So she kneads the dough, grates the cottage cheese and sprinkles the spices with a dash of hope.

The cinematic repast also resonates with its depiction of how people reach for food when they are lonely. 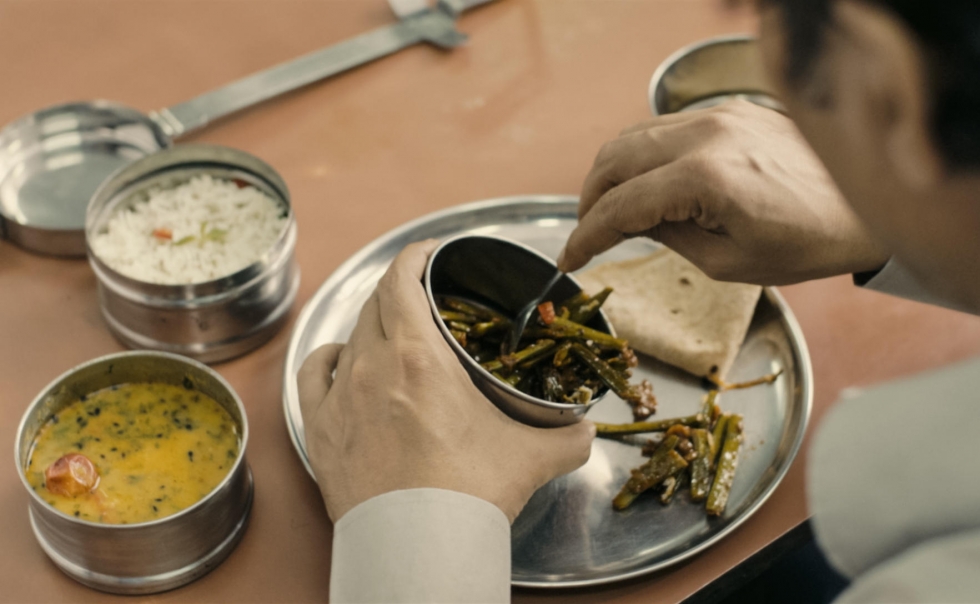 Ritesh Batra’s romantic drama is one of those rare films that wears its art-house cinema label lightly, while charming mainstream audiences. The Lunchbox won some international awards, including for best screenplay, best actor (for Irrfan Khan) and best supporting actor (Nawazuddin Siddiqui) at the Asia-Pacific Film Festival; it also got a special mention at the Reykjavik International Film Festival.

It’s considered a commercial hit in India, where it grossed more than 70 million rupees (HK$376,500) in its first weekend – a respectable sum, given its low production budget.

The lack – rather than the preparation – of a lunchbox is highlighted in one of the best Hindi films of 2011, Stanley Ka Dabba. A small gem of a movie centring on a boy who is bullied at school for not having a dabba (lunchbox), its offbeat theme is best summed up in the peppy number ‘Ae dabba Ae dabba’ that functions as an ode to the joys of simple Indian home cooking – rice, lentils and vegetables, and the occasional sinful but delightful fried snack.

Then there’s the quirkily named Luv Shuv Tey Chicken Khurana, a 2012 Bollywood movie redolent with the flavours of rural Punjab and the eponymous “chicken khurana” dish. As film writer Jai Arjun Singh notes, “The film uses the plot device of an old, lost family recipe to comment on such things as love, togetherness and sense of community.”

Food plays an important role in Indian culture: it is sustenance, comfort, indulgence and medicine all at the same time. Parents show their love for their children by pampering them with treats, festivals involve the cooking of traditional dishes as a primary ritual, and guests at a wedding are meant to take home memories of not just the ceremonies but the lavishness of the table.

So it can seem surprising that Indian cinema has not always been so effusive in expressing the culture’s love for food – unlike, say, Chinese cinema with its tasty classics such as Ang Lee’s Eat Drink Man Woman (1994) or Lee Lik-chi and Stephen Chow Sing-chi’s The God of Cookery (1996). Or Hollywood that routinely pays homage to the gods of food with movies such as Like Water For Chocolate (1992), Ratatouille (2007) and most recently, Julie and Julia (2009). 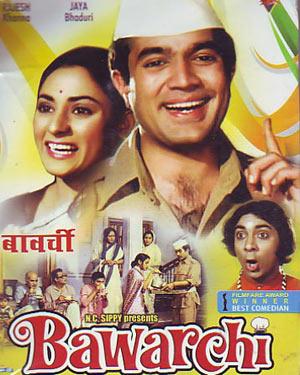 Still, in 1972 there was the beloved Bawarchi, starring Rajesh Khanna as a charlatan cook who dispenses generous amounts of advice along with his garam masala to bring together a bickering family. According to Jai Arjun Singh, “While food doesn’t play a very specific part in the film, there is the motif of the person who prepares food for the entire family also being in the best position to observe them, note their individual traits and weaknesses.”

Bollywood films also include some stock scenes involving food. For instance, the hero and heroine enjoying pani puri (spicy street food) by the beach is a standard shot to show the carefree soul of Mumbai. 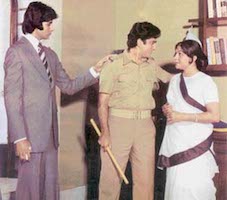 And, of course, there’s the archetypal Indian mother who, in movie after movie, seems to cook but never eats, in a bid to keep her son tied to her apron strings. A special weapon in her arsenal is her son’s favourite dessert, gajar ka halwa (carrot pudding), a dish now associated with being a mama’s boy.

Food has also been used by immigrant filmmakers with ancestral ties to the subcontinent for portraying nostalgia and kinship, as in Gurinder Chadha’s Bend It Like Beckham (2002). The British drama’s young protagonist may dream of becoming a professional soccer player, but her mother prefers that she learns how to make a perfectly round roti and lip-smacking aloo gobi (potato and cauliflower curry). 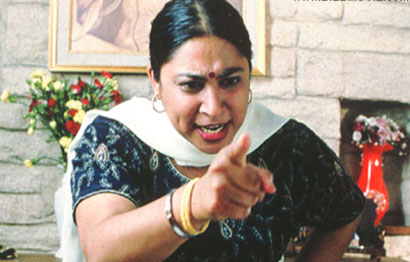 ***
A slightly different version of this piece appeared in South China Morning Post on March 02, 2014 (without most of these pithy images, of course)

Memories of an Agashiye meal

3 thoughts on “Food for thought”