It’s wonderfully cool in Bangalore right now, what with a steady breeze and intermittent rains. But much of the country still has an extended summer going on – I know, because this time last year, I was living in Gurgaon and wilting under the harsh sun.

If we in India have a love-hate (mostly hate) relationship with the sun, Europe longs for it and welcomes it with open arms. When I was in Copenhagen early this month, it was their first day of summer, and everybody, just everybody, was out on the roads soaking in the sunshine. I even met a couple of colleagues of my contact from the tourism board who had decided to have a meeting walking on the cobblestone roads, because “with weather like this, who wants to sit inside?”

And pretty much all of Copenhagen turns into a swimming pool – this scene, then, from a quiet corner on the canal, kids cooling off, with the mother watching, probably about to dive in herself. 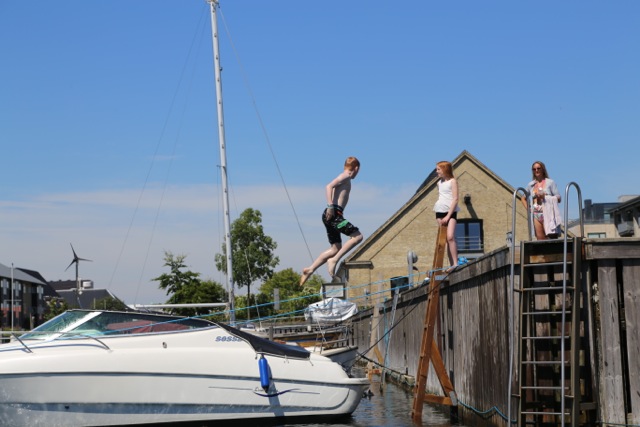