Unlike many other Indian cities where breakfast is a grab and run affair, Bangalore has made it an art form. Meet up with friends, sit down together, order a crisp dosa and begin the important business of discussing the world. Wash it all down with piping hot filter kapi. That is what Bangalore breakfast is al about.

And here are my suggestions on the best places in Bangalore to do this: 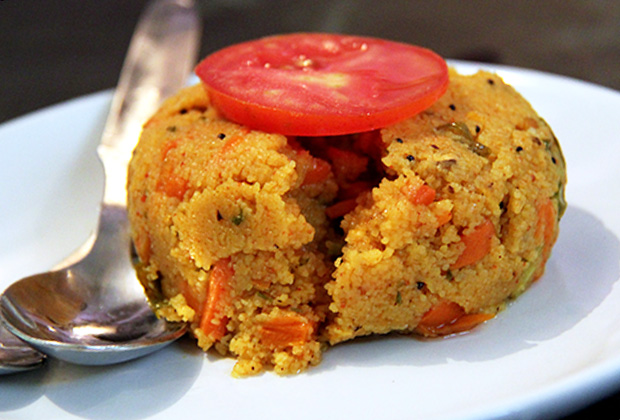 This is most definitely the first among equals in Bangalore, more an institution than a restaurant, in business since 1924. There is a whisper in the air that most people go for a morning walk in Lalbagh gardens purely for the pleasure of being able to have breakfast later at the MTR opposite its main gates. MTR (Mavalli Tiffin Rooms) is also credited with inventing the now famous rava idli during wartime, when rice was a scarce commodity. When in Bangalore, make it a point to visit the original or one of its many branches scattered across the city.

Must have: khara bhath, a unique Bangalore twist to the upma and masala dosa, crisp, soaked in ghee and folded into a neat triangle. 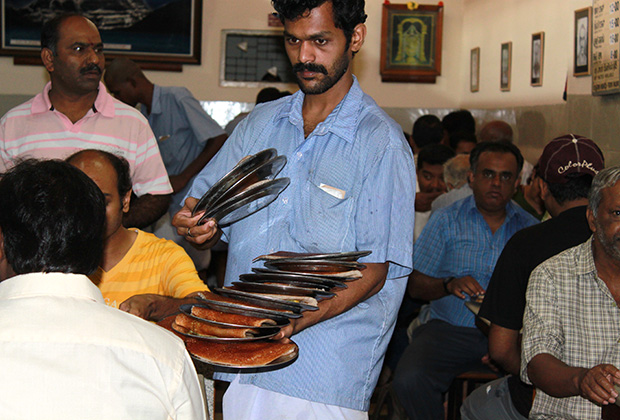 Another old Bangalore favourite, Vidyarthi Bhavan is the king of masala dosa since 1943. Go there on a Saturday morning after an exploration of Gandhi Bazaar (where it is located), for slice of local life in Bangalore. It was initially meant as a mess for students and bachelors living in that old part of Bangalore, and even now radiates that laidback vibe. Waiters whizz around with plates of masala dosa (it is assumed this is what you are ordering, although other options like upma and idli are available) stacked up on their hand, like so many flying saucers. Dip into the coconut chutney (no sambhar here please) and tuck into this brown goodness. There are those who will argue that the masala dosa at CTR (Central Tiffin Room) in Malleswaram is better. And this battle is one that will never end in Bangalore.

Must have: Definitely the masala dosa 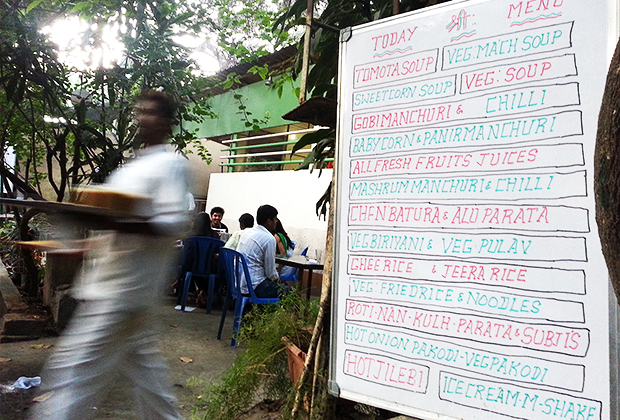 Bangalore’s version of the adda, Airlines is a small open-air restaurant (for want of a better word) just off Lavelle Road, in the heart of town. And what other city is better suited for al fresco dining in India anyway? This place is busy at any time of the day, and especially so on weekends and weekday evenings. There is a ‘No Smoking’ notice hidden away in one corner, but locals insouciantly puff on its face. Like many Bangalore institutions, getting the attention of waiters here too is an art form. But, again like the others, who goes there only to eat?

Must have: upma (the original white rava upma, unlike the more famous tangy khara bhath)

NKB, as it is known, is tucked away in a quiet street near Mantri Mall and is where the uncles of Malleswaram meet every morning for an unhurried gossip session. In existence since 1954, NKB is famous for its “Unusuals” listed on the blackboard daily, like the green masala idlis; ignore the startling green colour and tuck into these mildly spiced capsicum masala mini idlis. NKB also serves delectable Karnataka specials like neer dosa and ragi dosa – and it is one of the few Bangalore places that has got its sambhar right.

Everyone in Bangalore has been to Koshy’s at least once, various assorted websites call it the ‘pride of Bangalore’, youtube videos sing its praises and Wikipedia claims that dignitaries like Prime Minister Jawaharlal Nehru, Nikita Khrushchev and Queen Elizabeth II have dined there. Koshy’s is a popular restaurant and hangout on St Mark’s Road, Bangalore, which has long been a meeting point for journalists, artists, theatre persons, students and foreigners. Founded in 1940, it retains an old-world charm with huge pillars and large fans. Koshy’s is where first time visitors are taken when they want to be shown the real Bangalore, it is also where locals head when they want to catch up over a cuppa and appams with stew on a Sunday morning.

Must have: bacon / mutton omelette, various types of toast