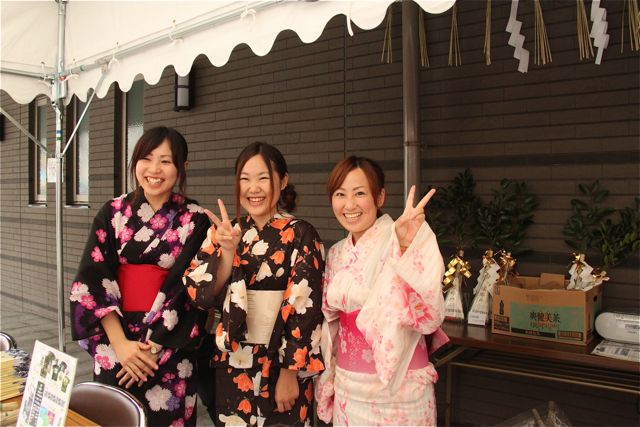 On the quiet streets of Tokyo one morning, I see a parade of penguins with a quick and purposeful gait. I am to see the penguins in other places at other times of the day too — at supermarkets at lunchtime buying boxes of sushi, at Pachinko gaming parlours late afternoon and in the evening again on the roads. They are the famed salarymen of Japan, in their black suits and crisp white shirts, working loyally and tirelessly for giant companies all their lives.

Everywhere I turn in this city, there is a visible dichotomy between the old and new. I get off the Metro and walk through a shopping area inside the station, larger than many malls in India. And at a short distance from the exit, I enter a Japanese home to witness a traditional tea ceremony. It is a different world here. The lady of the house is in her kimono and the students, here to (re)learn their traditions, are men in business suits. 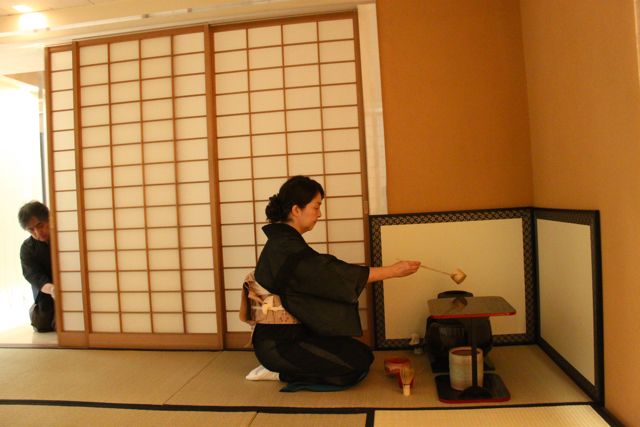 On my first day in Tokyo, I mostly walk around the city, heading first to the Asakusa Kannon temple. There are dozens of locals tying wish cards and lighting incense sticks to appease their gods, even as tourists gawk at them. 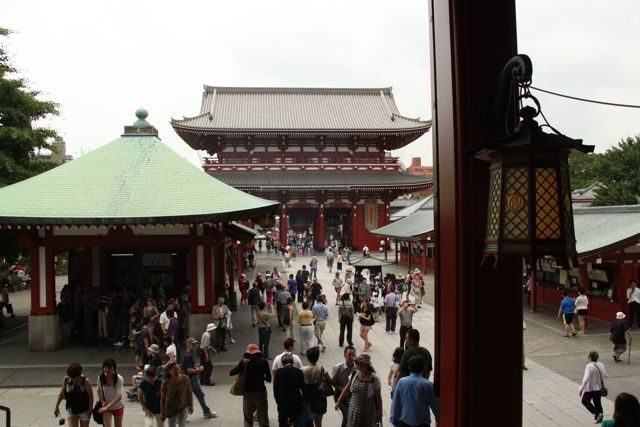 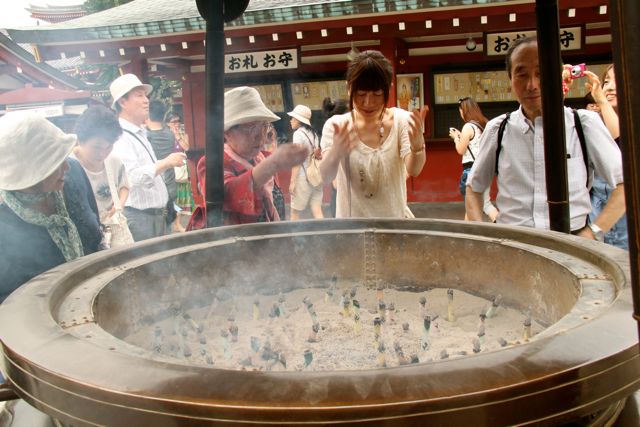 My next destination is the famous Akihabara district with its dazzling displays of the latest and the best electronic items. Shops here have a bewildering array of gizmos and I find myself unable to make a decision on an iPod I had planned to buy. But more importantly, it is all business — nothing ritualistic or traditional about this area. And in the evening, I head to the Roppongi Hills Mori tower to see night slowly descend upon the city. The elevator takes me up 52 floors with a whoosh, before I can say skyscraper. Such varied experiences on the same day — it should have given me a hint of the shape of things to come. 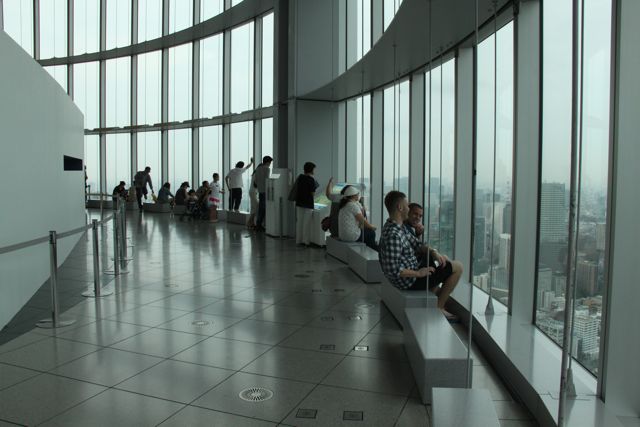 In Tokyo, everything is organised: from entertainment — cat cafés (Hello Kitty hangover?) where people unable to manage a pet at home can, for a largish sum of money, play with their favourite cat — to excretion, in the form of temperature-controlled intelligent toilets (and oh, they are addictive).

There is a lot of talk about Japan’s, in particular Tokyo’s, global identity and modern ways but to my uninformed eyes, they seem as conformist as ever. While the style on the street is definitely avant-garde (think of Tokyo as an Asian Milan), people with tattoos are viewed with suspicion. Even tattooed teenagers trying out their newfound coolness are not allowed in several places including city buses and trains.

And they take their rules very seriously. My guide almost weeps in embarrassment when her cellphone suddenly rings in the middle of a Metro ride. There is no written law; it is just impolite and therefore not acceptable to disturb other passengers. That kind of discipline is ingrained and imparts them with a great dignity, even while noisily slurping noodles from a bowl.

I have read a lot about the Japanese love for all things aesthetic and sensual. Their preference seems to be for straight lines rather than curves, perhaps an extension of their need for tidiness. On my way into the city from the airport, I see building after building, a Legoland of little square boxes balanced delicately on top of each other. Even their kimonos, graceful as they are, fall straight and feel somewhat restrictive compared to the sari, which is all about enhancing the curve.

The Japanese sometimes come across as gruff but I find that it is mostly due to their inhibitions about language. And they try hard: they gesticulate, smile, point and somehow manage to help when needed. In my case, the girl leaves her shop unattended to walk me to the exit (I manage to get lost inside a train station — don’t ask). And the minute I point my camera at someone, they stop what they are doing and pose for me with that quintessential V sign. Even little children.

I am fine with the fact that many Japanese cannot speak English. The only time I have a ‘lost in translation’ experience is when, after a long day of sightseeing, I flop on my hotel bed and switch on the TV. All the programmes on all the channels, some twenty of them, are in Japanese. You would think the BBC or CNN or anything to do with the outside world would creep in. No. Even the Telebrands shopping channels are in Japanese. I cannot complain, because I watch in fascination, trying to imagine what the voiceover is saying. And anyway, how different can advertising for tummy fat reduction miracles be in another language?

This is the most fascinating culture I have seen, even if for a short time and from a distance. Japan is a country torn between the allure of a shiny modern persona and the strength of its strong traditional heritage. And nowhere is this struggle more evident than in Tokyo.

This was originally published in The Hindu Sunday Magazine, January 06, 2013. 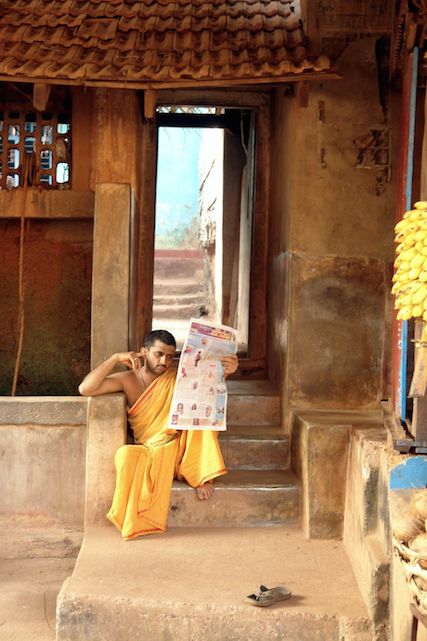 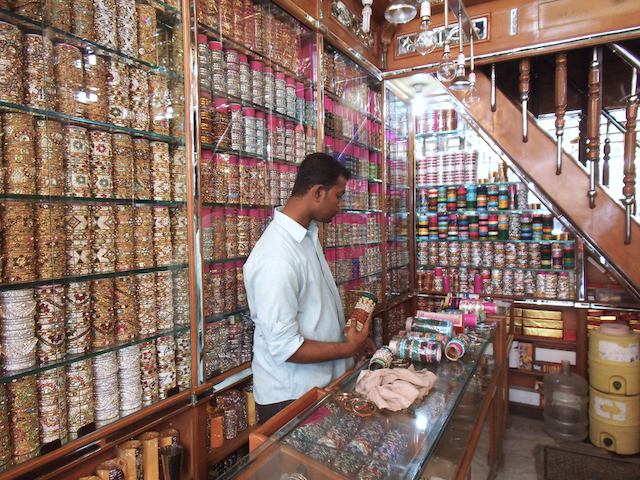 4 thoughts on “The two faces of Tokyo”