Madhya Pradesh has a respectable number of tigers and an equally impressive number of National Parks, including the very popular Bandhavgarh and the Jungle Book country Pench. So what makes Panna special?

Here are my reasons:

But wait. That’s not the end of the story. If recent reports – and my own experience – are anything to go by, it’s now a new beginning. A few months after Panna was officially declared devoid of tigers, the Park authorities brought in three (two female and one male) from the other MP National Parks. And in four short years, the tiger population is back at a very healthy 22.

In my morning safari into the park I spotted a tigress just as she was disappearing into the tall, brown grass. And in the evening, a leopard.

When we are failing our tigers everywhere else – and admittedly, Panna was one of our biggest failures just four years ago – it can’t get any better than this.

And just for this conservation effort alone, I would rank Panna as one of my favourites in India. 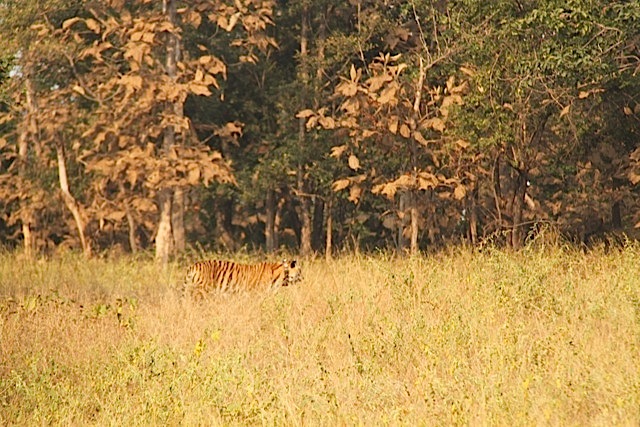 Of course, most people go to a tiger reserve expecting to see tigers. But apart from the wildlife, there is an abundance of fauna inside Panna. All the usual suspects like the sambar, chital, nilgai, langur, wild boar are found in plenty across the park, and each of them is a photographer’s delight. 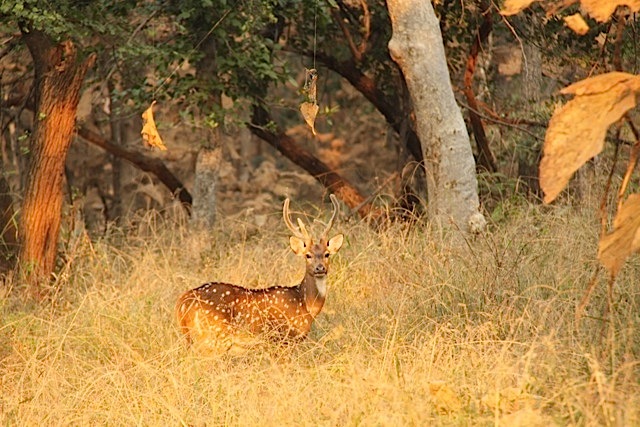 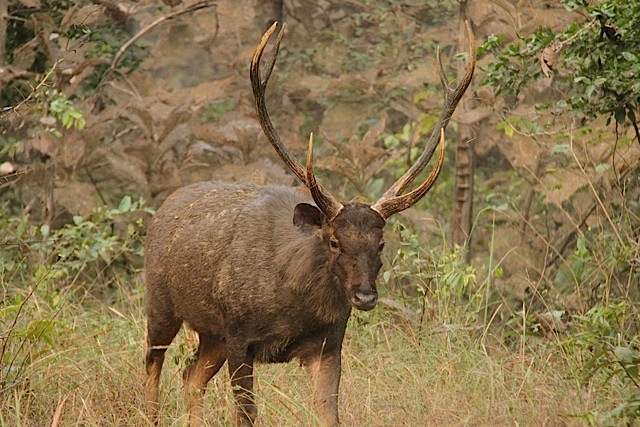 The Panna National Park is spread over 543 square kilometres, most of it flat that makes it ideal to spot animal movement. There are two gates: Madla, which is one the main road is more popular and Hinauta, which is way off the main road and therefore less used. The latter is also more spectacular in terms of landscape, with its undulating terrain, sharp ups and downs, numerous streams and lush greenery.

The ideal drive is to get in through one gate and come out through the other, covering a large stretch of the reserve and taking in a variety of landscapes along the way. 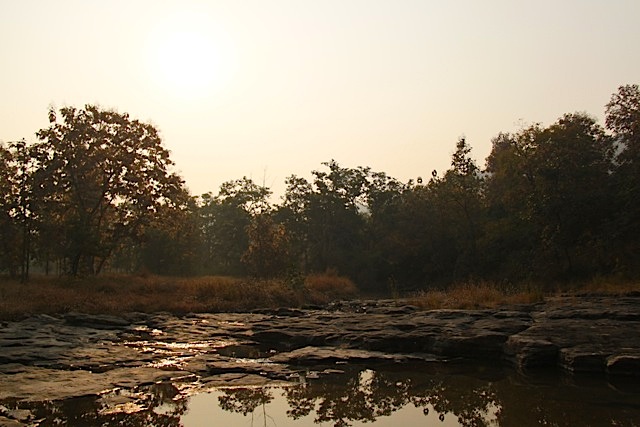 One of my cherished memories is of spotting this deer crossing the track through the early morning mist, as I sat shivering (not to mention the teeth chattering) in the open jeep. 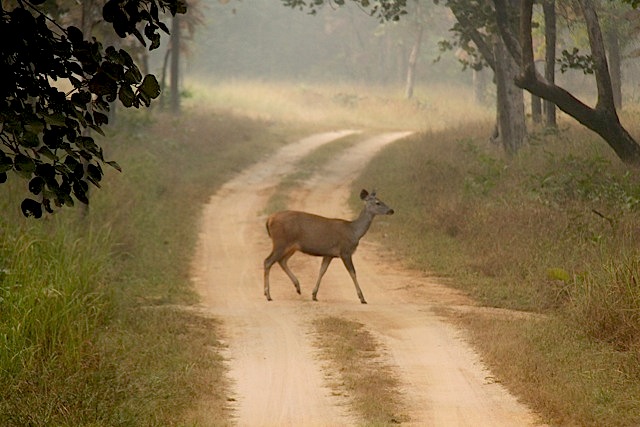 One of the biggest surprises inside Panna was Dhundwa Seha, the stunning 200 metre gorge I came across during the drive through the Hinauta gate. My naturalist had said earlier, “Nobody uses this gate and we often have this route to ourselves.” This turned out to be true. And I had Dhundwa Seha too all to myself.

From the board near Dhundwa Seha – The nalas or the small rivers originating from the plateau generally make falls locally called “Seha” and thereafter valley are formed. When the water falls from a height the gorge gives a misty look thus the name Dhundwa or misty. 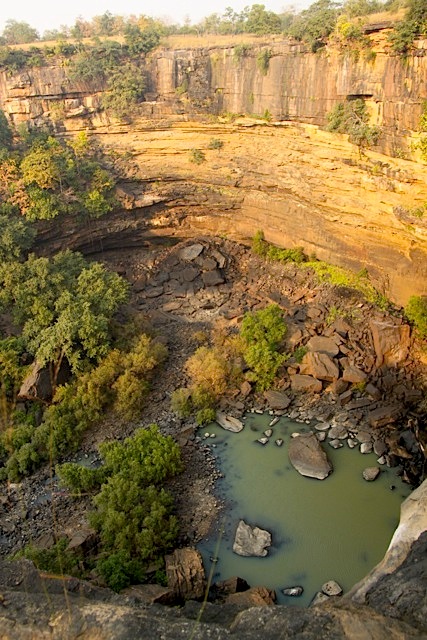 5. The richness of birdlife

What can I say? I am not a birder but by the end of two drives, even I ended up managing to spot and identify common birds in the park. Maybe there is hope after all. 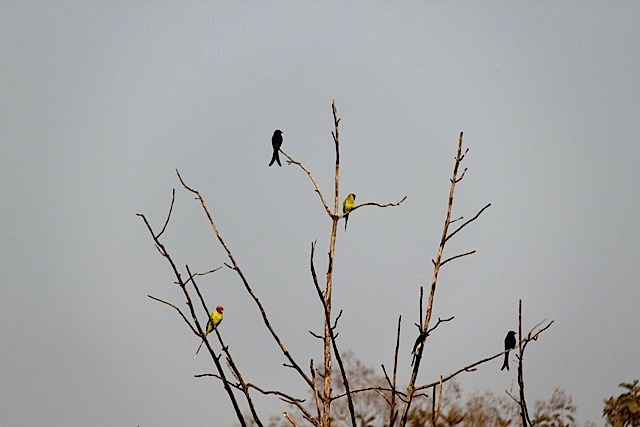 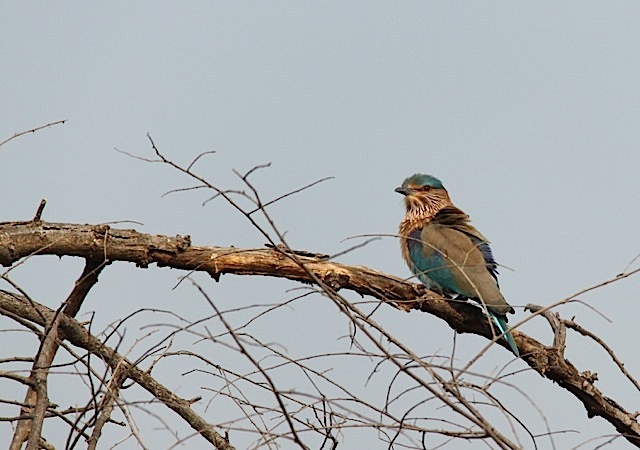 6. Breakfast in the wild

Ah, now for one of the truly unique experiences. Panna is one of the few National Parks with designated areas where visitors can get off and stretch their legs. The wonderful team at Pashangarh had put together a scrumptious picnic breakfast – really early in the morning – which I had at this picturesque spot overlooking the Ken river in the distance. And what a breakfast it was! Fresh muffins, muesli and cookies. Veggie sandwiches. Fruit and coffee. And, the killer deal, warm parathas with two types of achar. Go beat that! 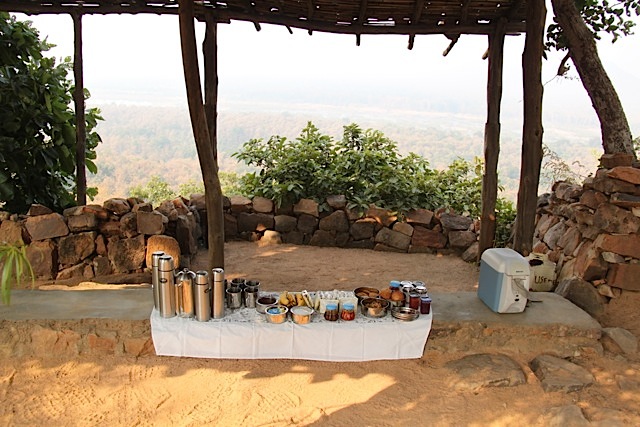 7. Sunset over the Ken river

The Ken river flows through Panna National Park almost continuously, and boating is allowed at certain spots. During my evening drive, I was witness to this beautiful sunset over the river. 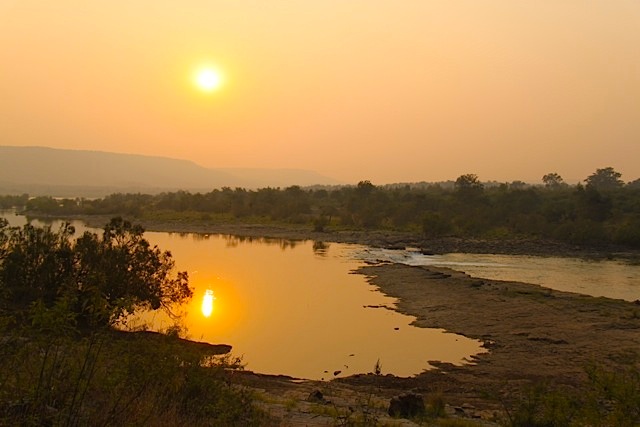 If the tiger population has increased magically from 0 to 22 in four years, it is not just the officials who are responsible but also local guides and naturalists from the various safari lodges. A committed and passionate bunch of people; my respect. 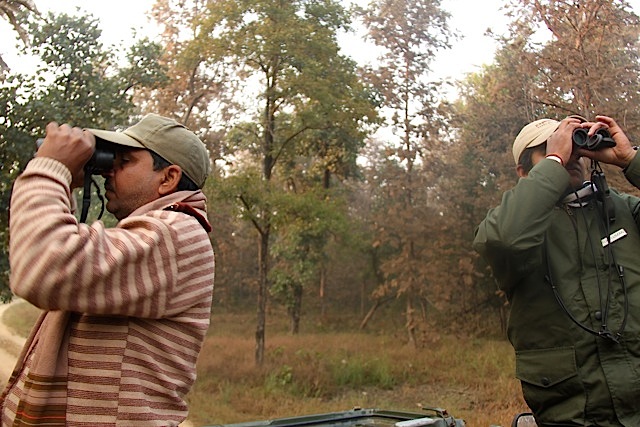 9. The beauty of teak trees and ghost trees

You read that right. Ghost trees. Also known as Indian ghost gum tree, named for the white bark, which my guide said glowed in the dark. While I didn’t quite see it glow, I have to admit it is a stunner even during the day.

And the region is full of teak trees, all of them under the protection of by the government. The leaves of teak trees are interesting, and in this season, most of them have turned white and have been eaten through by caterpillars. 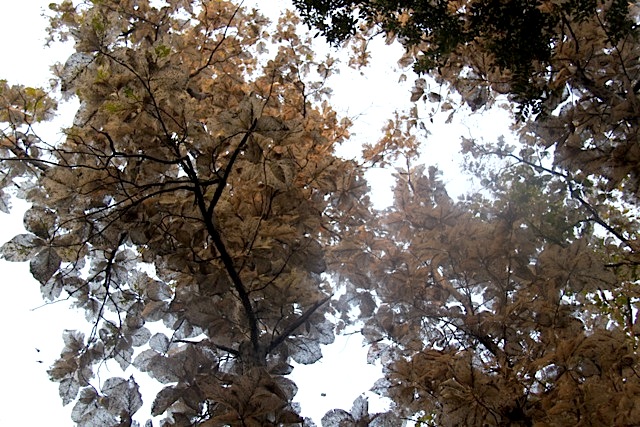 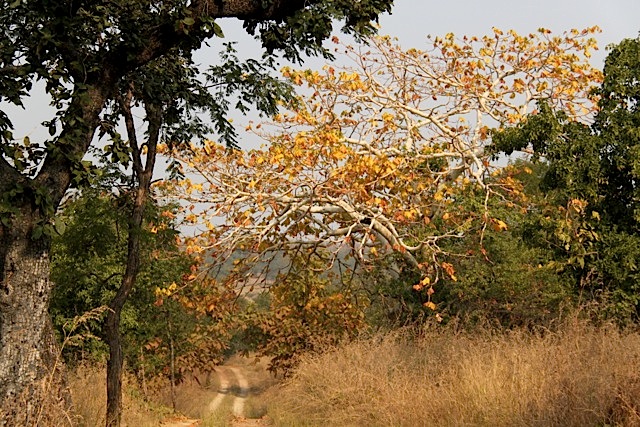 10. All that’s around the Reserve

Once you come out, head to Pandav Falls nearby to see where the five brothers spent their year incognito. 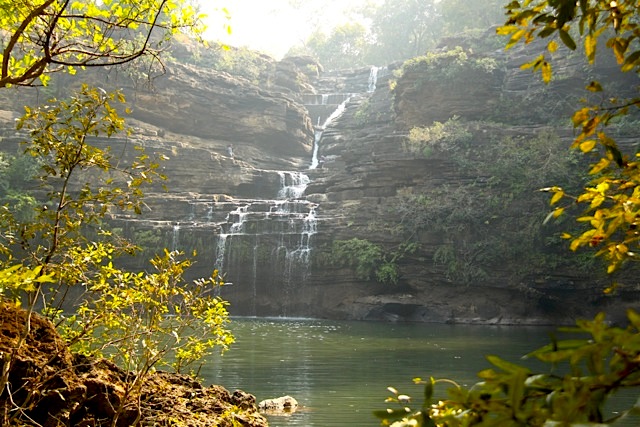 Or head to the original Sex and the City town of Khajuraho, which attracts all kinds of visitors, from the wide-eyed foreigner with a high-tech camera, to the been-there-done-there local like this one… 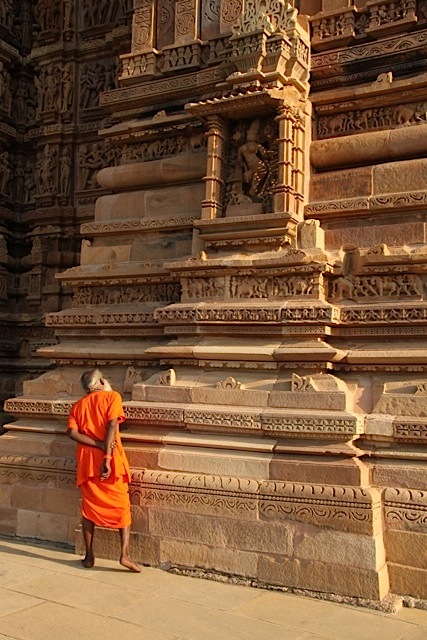 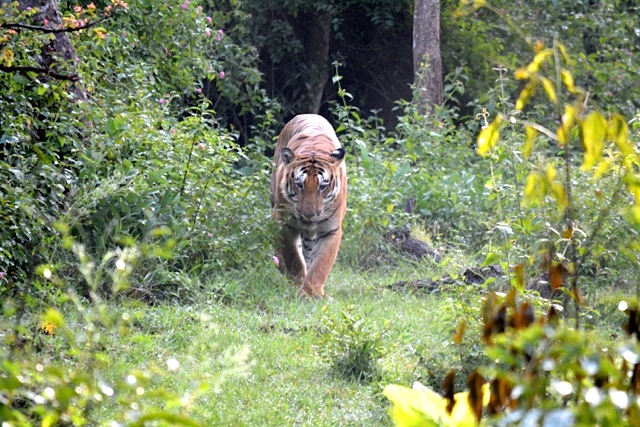 A fascinating catwalk in Bandipur 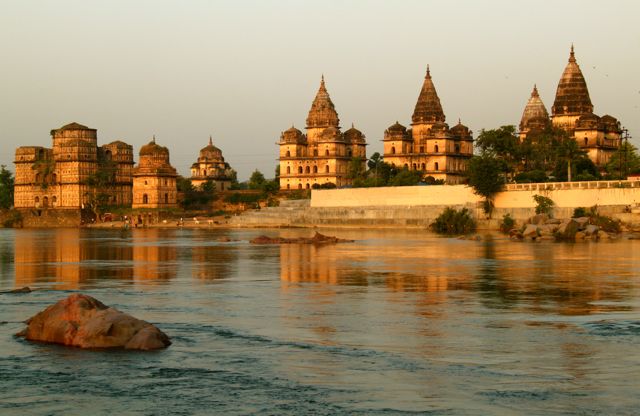 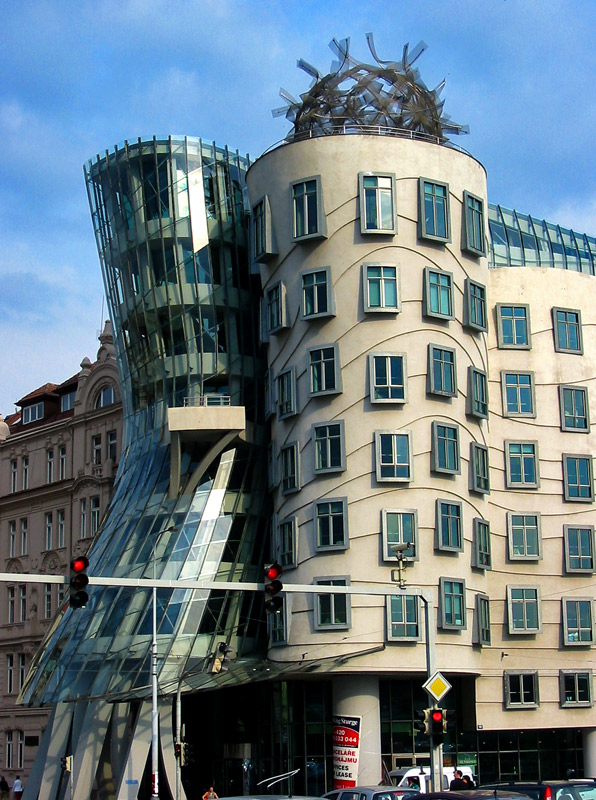