I ought to actually say ‘bridge’ and not ‘bridges’ since I visited only one of them. But hey, these are one of the most famous attractions of Meghalaya, so let’s not split hairs. On my recent visit to Assam and Meghalaya with my husband, we stayed over at Shillong for a couple of days and then headed towards Cherrapunjee.

The plan was to see the crystal clear Umngot River at Dawki village on the Bangladesh border, then visit Mawlynnong, which has the distinction of being Asia’a cleanest village and the hike the short distance to the living root bridge close to the village. After all of which, we would head on to Cherrapunjee for the night.

However, by the time we had reached Mawlynnong, we had decided to stay on there and skip Cherrapunjee altogether, heading to the root bridge on our way out the next morning. Which turned out to be a great idea.

This one at Rewai village is a single level bridge, unlike the more famous double decker one ]near Cherrapunjee. That however, involved a tough 3-4 hour trek, and given that I was still limping from a recent foot fracture, was completely out of the question.

The Rewai bridge was an easier hike than I expected, a few dozen stone steps and then uneven ground. On our way down, we came across a local from Mawlynnong who helpfully pointed out that there was an even shorter route that led straight to the car park. Tucking that piece of info away safely, we headed towards the bridge. 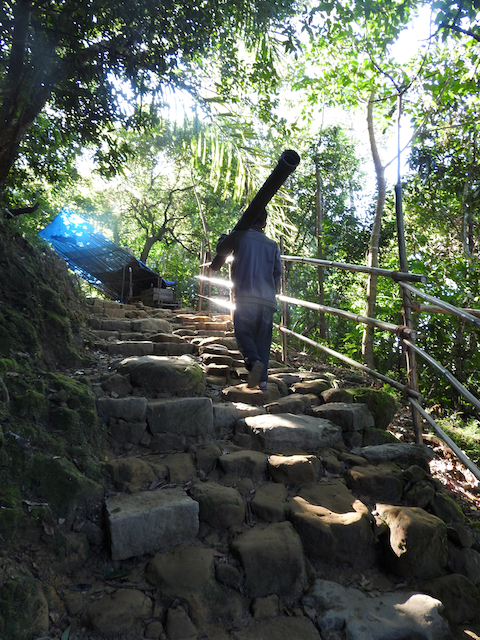 We reached the Rewai bridge by 8 am, when there was absolutely nobody around; no locals, no tourists. Visitors usually go there after lunch at Mawlynnong, which meant that afternoons and evenings were a chaotic, noisy time. But in he morning, we had to wait for ten minutes before the first locals came into sight; a couple of women out for their morning wash at the river flowing under the bridge. 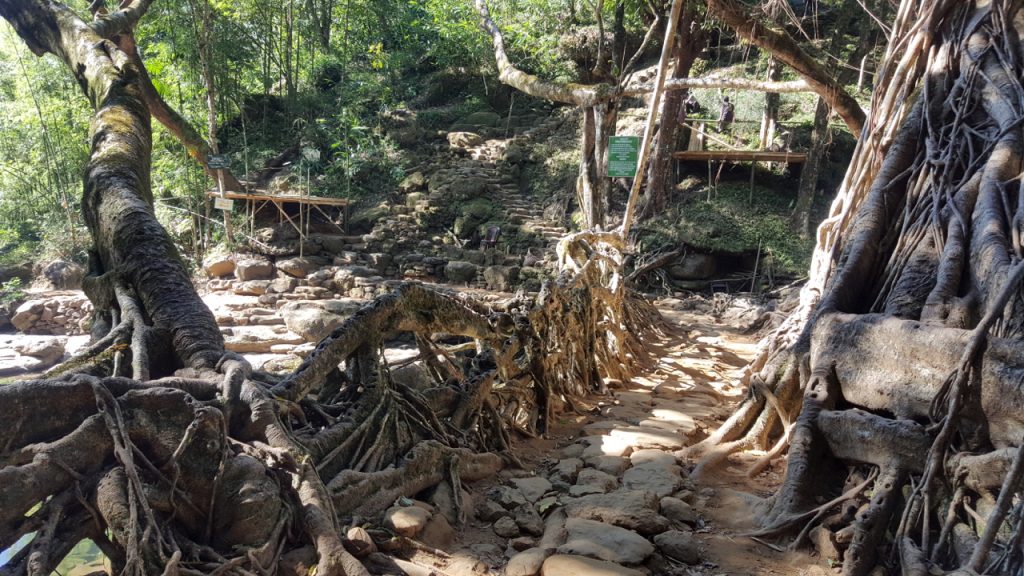 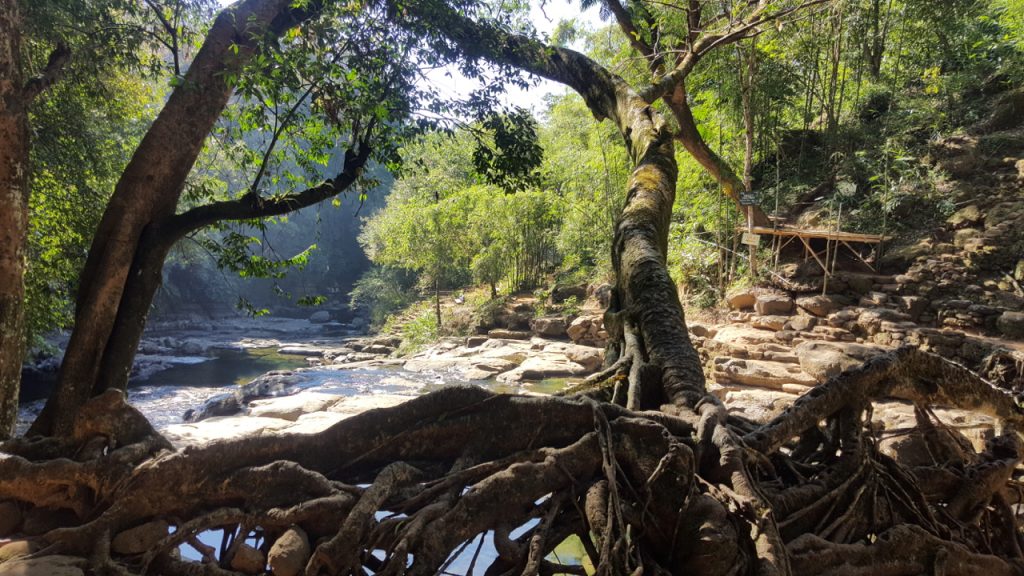 Walking across the bridge, we crossed the cluster of bamboo trees and headed towards a spot down below from where we could get a full view of the bridge, as well the activity near the water. But for a small tea shop with a young girl minding it, there was nobody else there. After asking for chai and Maggi (the perfect mountains combination), we perched on one of the big boulders near the stream, dipping our feet into the cold water. 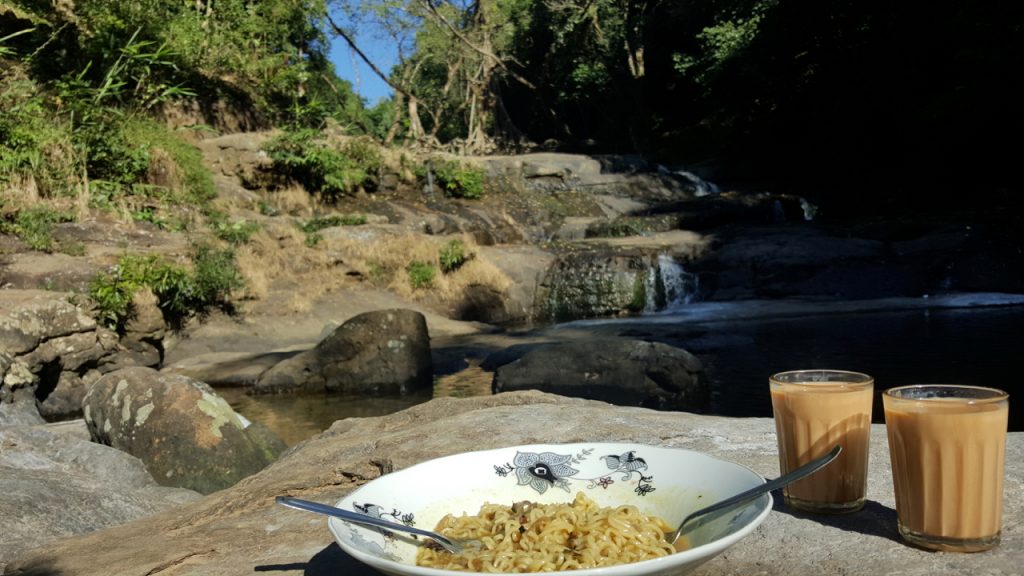 It was perfect silence down there, and we sat there quiet and content, sunning ourselves in the mellow morning heat. Soon, a few locals including children on their way to school appeared, a vendor set up a table with a few biscuit and chips packets and bottled water near the entry to the bridge. The peace was still not shattered; it was not like tourists cawing away without any consideration to the space, it was everyone doing their own thing. 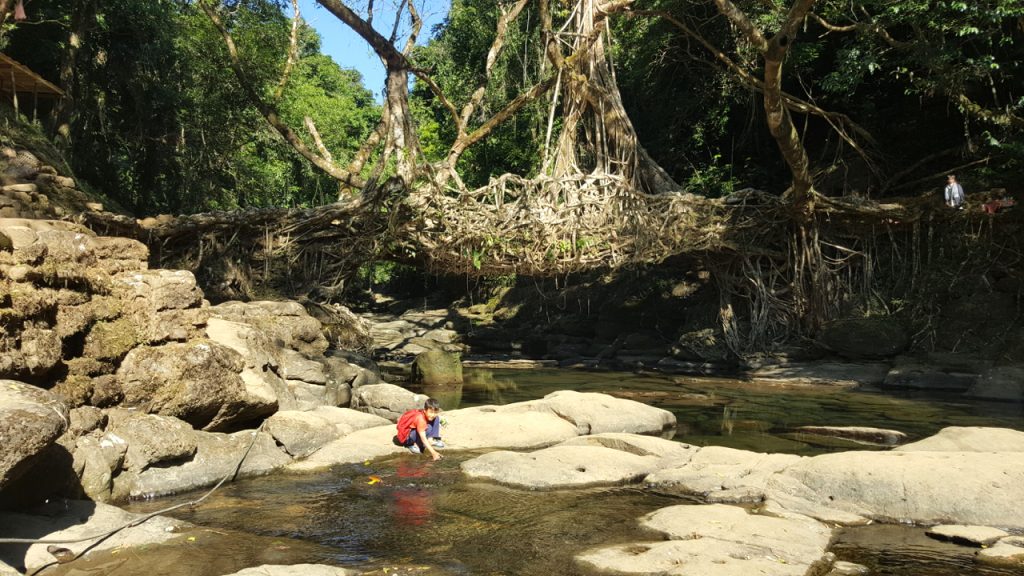 What a perfect morning it was! 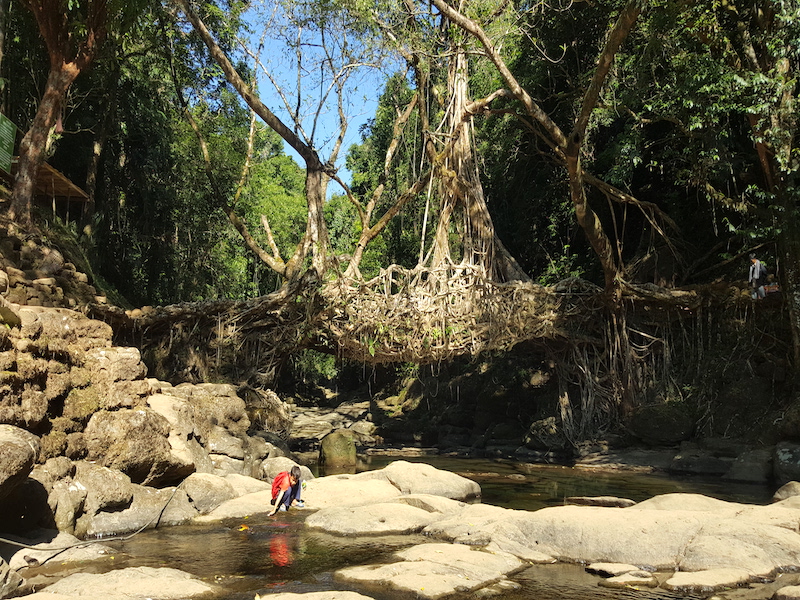 A handy guide to Meghalaya 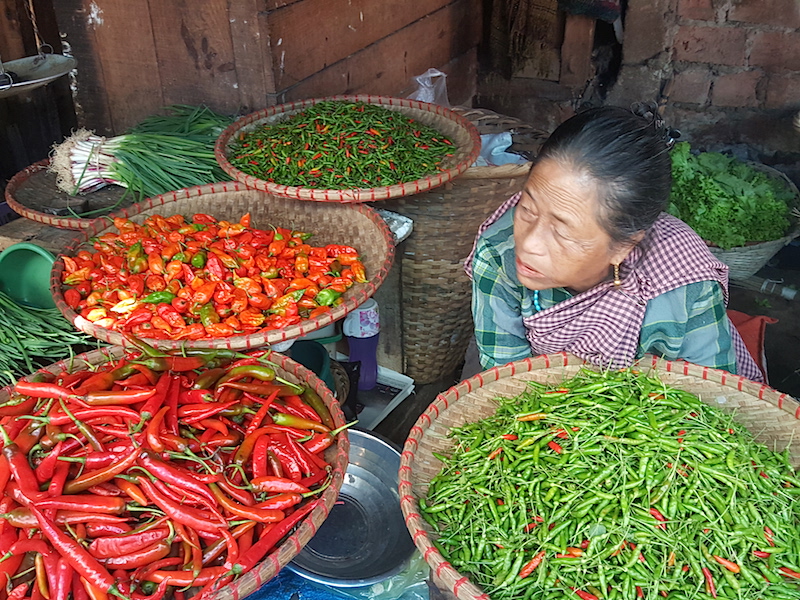