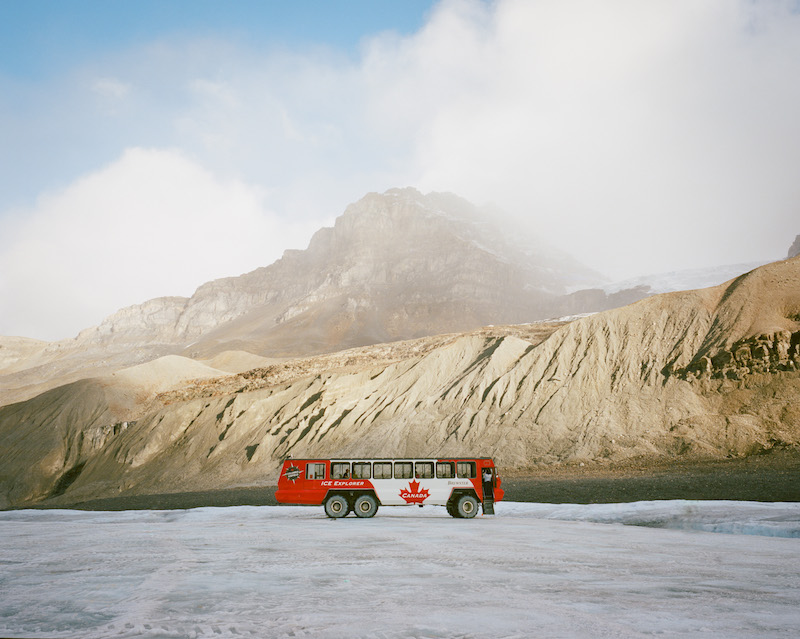 In a year filled with once-in-a-lifetime kind of travel moments (Machu Picchu and Niagara Falls, to name just two) one of my most memorable experiences was walking on the Athabasca Glacier in Canada. I had written about it for DNA newspaper then – and here it is, if you ever decide to head to Canada.

***
My only previous experience with a glacier was a distant sighting of Fox and Franz Josef in the south island of New Zealand; I remember craning my neck and zooming my camera lens to its fullest, only to feel utterly exhilarated and vaguely dissatisfied at the same time.

This time around though, the experience was totally different.

To begin with, I was standing right on top of the glacier, walking on it and even miming crazy dance poses for keepsake photographs. This was what I had been looking forward to all morning, throughout the stunning drive between Banff and Jasper National Parks.

This route, the Icefields Parkway in the state of Alberta in western Canada, was through glacier territory, and widely hailed as one of the most scenic drives in the world. It did live up to that promise: smooth grey tarmac lined with snowcapped mountains, and glaciers glinting in the mellow morning sunlight on their imposing slopes. 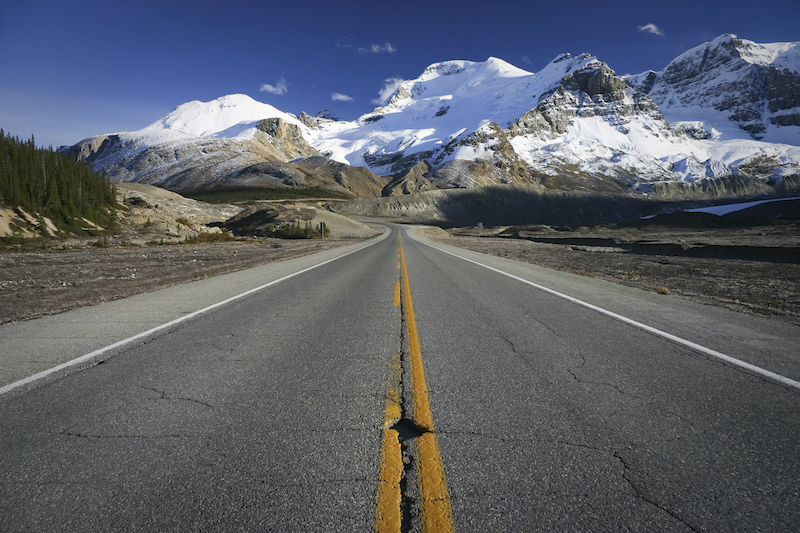 Yet, all I could think about was the highlight of this 230 km road journey, the Athabasca Glacier, waiting for us somewhere in the middle.

Less than three hours after leaving Banff, our small group pulled up at the Columbia Icefield Discovery Centre for tickets and a quick lunch. Fortifying ourselves with a couple of more layers of sweaters and socks, we then trudged up towards what I can only describe as a red mechanical monster. It was an all-terrain bus (called ‘Ice Explorer’) with wheels that came up to my shoulders, a trusty old thing that carried us through the steep ups and downs of the slippery ice, to that safe spot on the glacier where we could actually get off and walk.

The first thing I did upon getting off was to remove my gloves for a quick dip of my hands into the thin ribbon of glacial spring. As I poured the cold water from my cupped (not to mention frozen) palms into my mouth, I got a sense of what the expression “pure as the driven snow” actually meant. 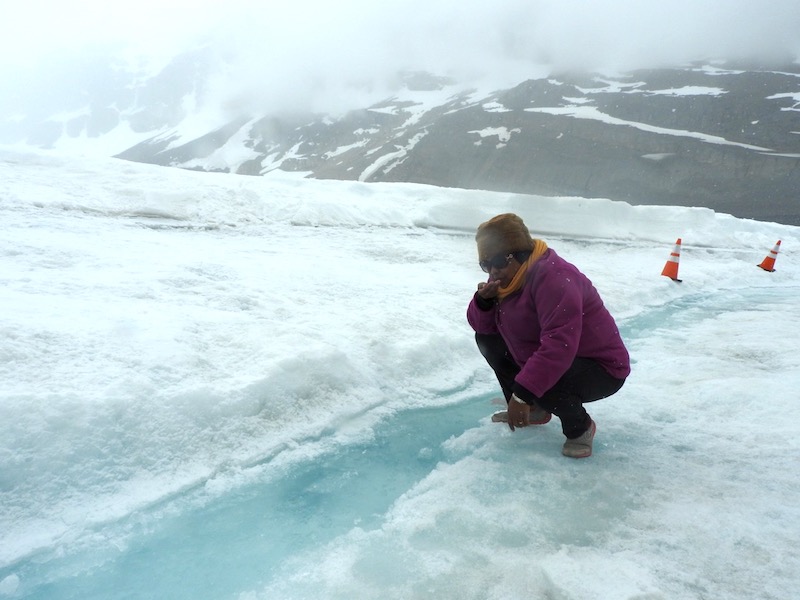 Even on that sunny day, there was a chill in the air, not easily defeated by all my thermal wear. That was, however, no deterrent, as I began to explore the area, stepping gingerly on the ice that seemed solid but was unexpectedly slippery in places.

Despite that, little children were running around with gay abandon, and adults were lying on the snow, fluttering their hands and legs in an attempt to create snow angels. It was just that kind of place, where adults could easily find themselves regressing into childhood.

The Athabasca Glacier was formed thousands of years ago, when most of this region was under ice. It is part of the massive Columbia Icefield, itself believed to be a remnant from the last Ice Age on earth. And if that is not impressive enough, the glacier is now flanked by 11 of the Canadian Rockies’ 22 highest peaks. 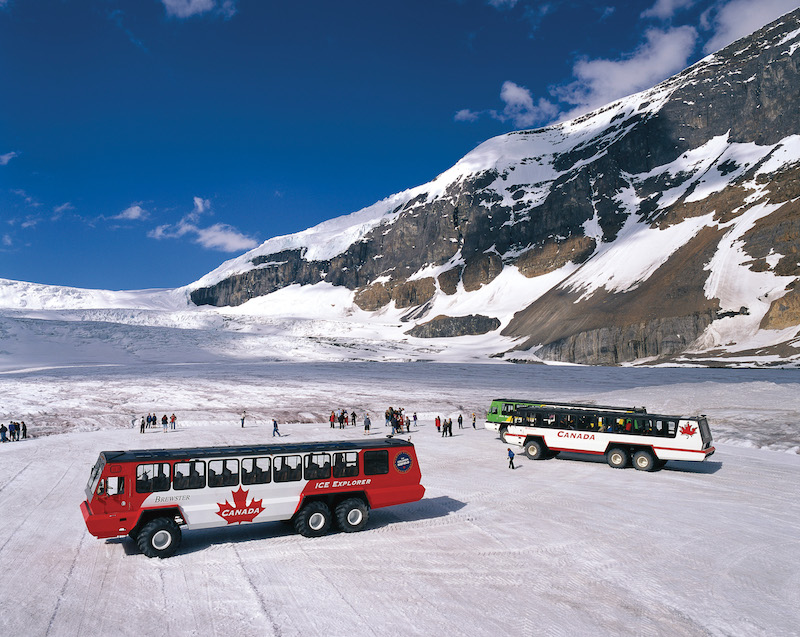 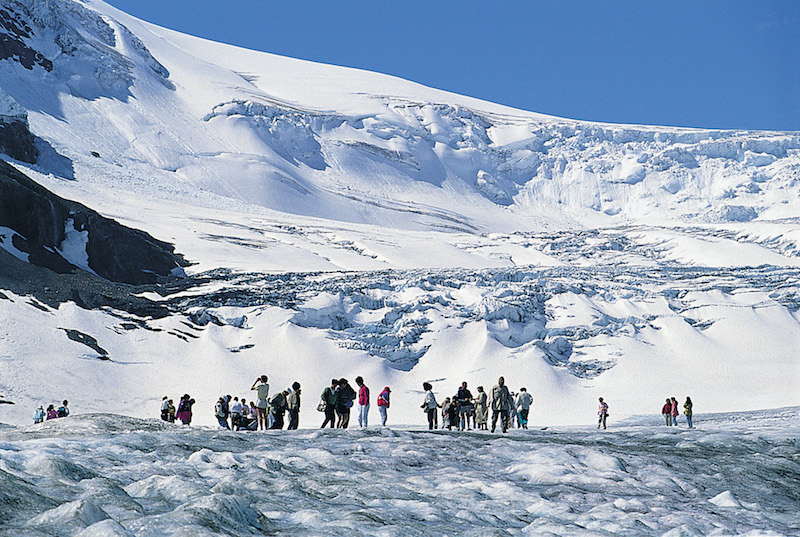 Standing on the glacier that sprawls over six square kilometres, I was reminded once again of my miniscule, insignificant place in the universe. Despite the crowds surrounding me, I had a sense of being alone, on the surface of something primeval and powerful.

The ice, unlike what I expected to be unblemished white, was a sparkling blue in places; perhaps a play of sunlight, or perhaps a hint of the water that flows underneath. I only had time for a brief exploratory walk before it was time to get back on the bus, all too soon.

Back home in the Indian summer, I found my mind drawn frequently and irresistibly, to that day in the Rockies, when I made snowballs on that venerable marvel of nature. And given that the glacier has receded almost 2 km in the last 100 years and continues to disappear at an alarming rate, I was grateful for that up close and personal encounter with it.

The Athabasca Glacier is located inside the Jasper National Park, 104 km from the town of Jasper in Alberta. The nearest major airport is Calgary (320 km), 3½ hours away by road.

The Columbia Icefields Adventure is open only from May 1 to October 15, and the best time to visit is between June and September, when the weather is temperate.

~ Begin the glacier adventure with a stop at the Columbia Icefield Discovery Centre, which also houses a café, museum and souvenir store.

~ Carry extra layers of warm clothing as the weather is unpredictable and can turn bitterly cold any moment.

Visit the website of Jasper National Park for more information on this experience. 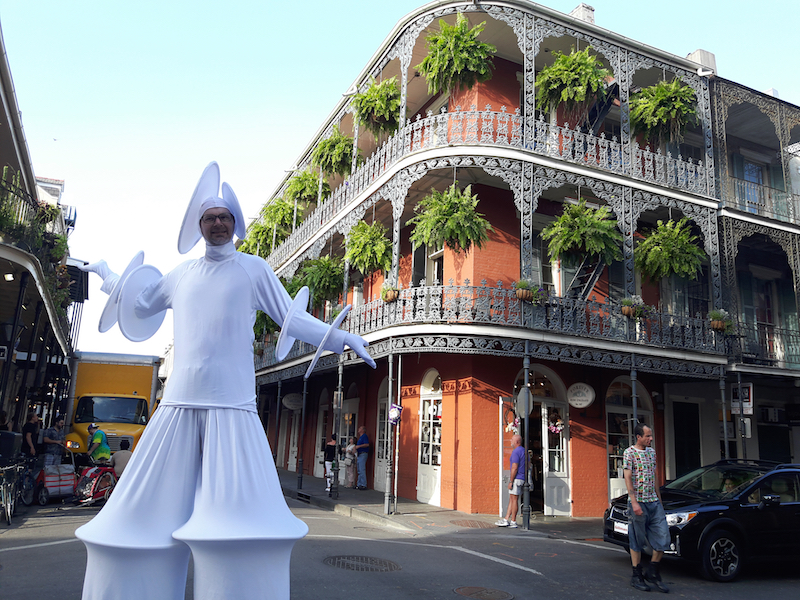