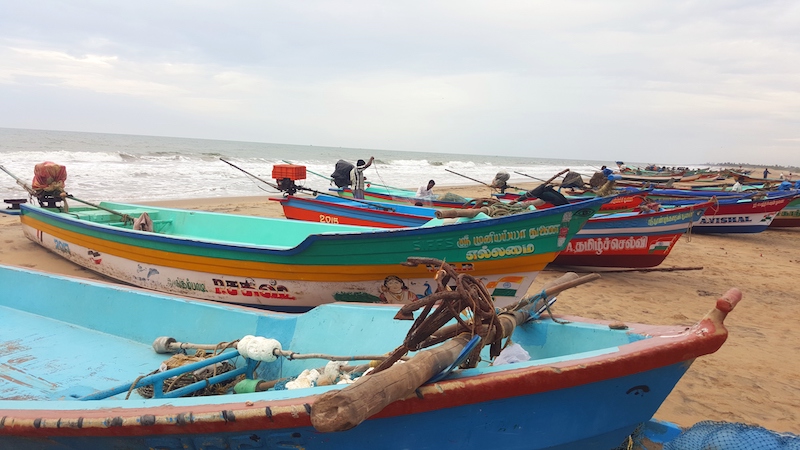 There are many ways to enjoy the monsoon season. My favourite is to sit on an armchair on an open verandah with a cup of masala chai, listening to the pitter patter of raindrops falling on the roof. And if you add to it the music of giant sea waves crashing against rocks on the shore, then I consider that experience unmatched.

That perfectly describes my weekend not long ago in Tranquebar, on the southern Coromandel coast of India. I was staying in a spacious room on the upper level of The Bungalow on the Beach, a boutique heritage property managed by Neemrana Hotels. 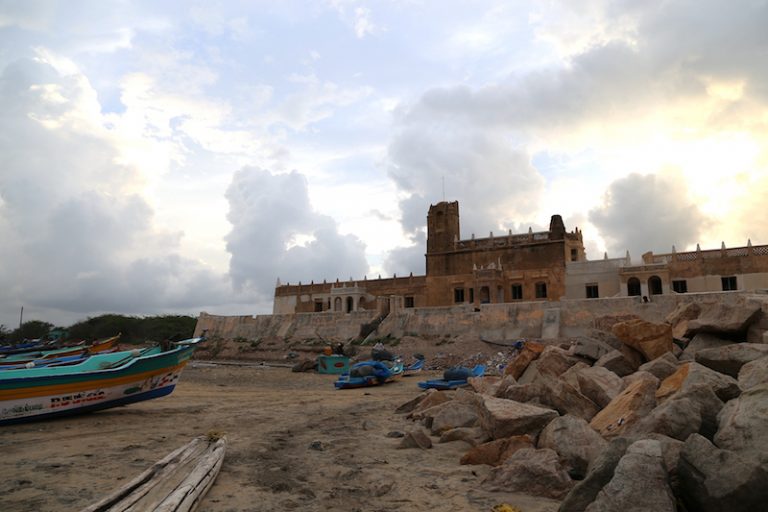 The original Tamil name of this coastal village is Tharangambadi, meaning ‘the land of singing waves.’ And particularly during the rainy months, this phrase takes on special meaning here. Most visitors to this part of India ignore Tranquebar for the more obvious charms of neighbouring Indo-French town of Pondicherry, just a three-hour drive away.

Tranquebar is one of the rare European settlements in India that does not owe its existence to the British or the Portuguese. It was established by Danish explorers in the early 17th century as a trading port after a treaty with local ruler Raghunatha Nayak. The Danes traded and ruled from here till 1845, when the British took charge. 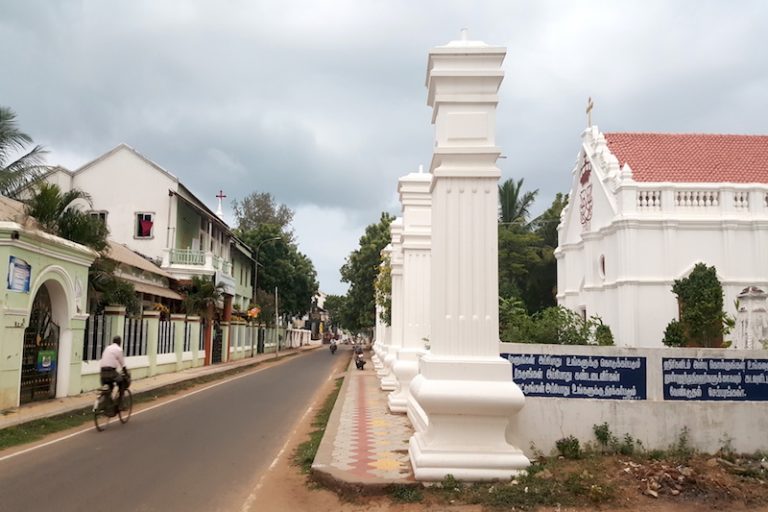 Today, it is a quiet and charming village, with only a few local attractions to recommend it – perfect for those who seek a break from the stress of everyday life and work. The highlight here is the sprawling Dansborg Fort right on the shore, which used to be the hub of all commercial and administrative activity under the Danes. This fort was one of the first things built by the European traders when they found their way to Tranquebar.

Although a part of it lies in ruins, there is serious restoration work being overseen by the state government inside the premises. The first floor boasts a small museum with a fascinating collection of documents, maps, photographs and artefacts from the glorious days of Danish rule in this region. 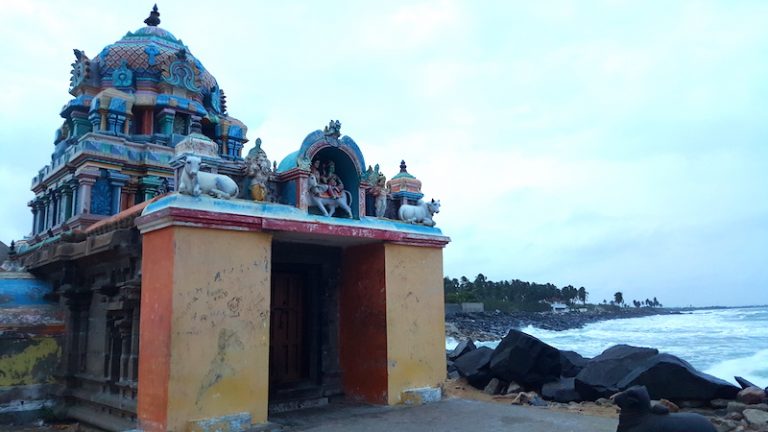 The Dansborg fort was visible from my cozy perch on the hotel verandah, as was the colourful Masilamani Nathar temple on the other side. This Shiva temple, believed to have been built in 1306 by Kulasekara Pandiyan, predates almost every building in town. After it was damaged in the tsunami of 2004, the façade of this temple (originally built in classic Tamil architecture style), was painted in bright colours, as part of the repair process.

The 2004 tsunami that ravaged this town, claiming the lives of over 800 residents, is still fresh in the minds of its people. On Queen’s Street in the heart of town, there is even a museum dedicated to the tsunami, displaying images and videos of its aftermath. As I walked around the tiny rooms, taking in the terrible scenes, I could only marvel at how the town has bounced back in just over a decade. 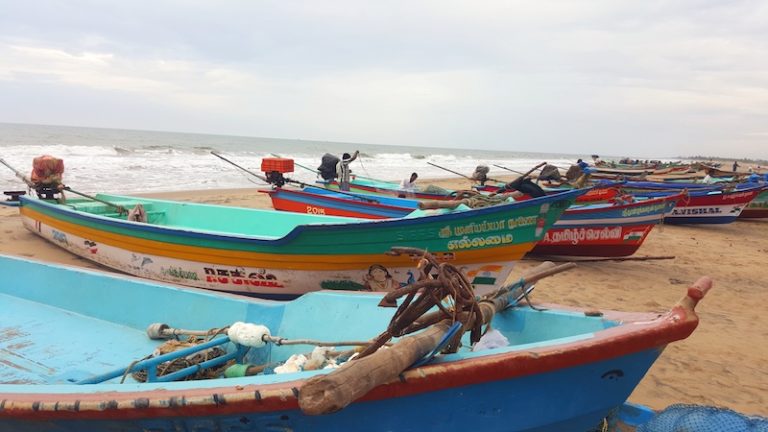 The only sign that the locals now fear the sea is visible on the boats lined up on the beach. Large images of benevolent gods who will protect fishermen from the wrath of nature are painted on both sides of these boats. Other than that, everyone was warm and welcoming, the beach filled with families, young couples and frolicking children in the evenings.

When the rain let up, I headed out with my husband for an exploratory walk of Tranquebar, starting at the very entrance to the town. This is marked by the imposing Landporten (town gate) arch that greets visitors to this town, and has an etching of the royal Danish insignia on top. On the narrow lanes of the town, with grand names like King’s Street and Goldsmith Street, there are also several colonial era churches, schools and even a building that housed India’s first printing press. 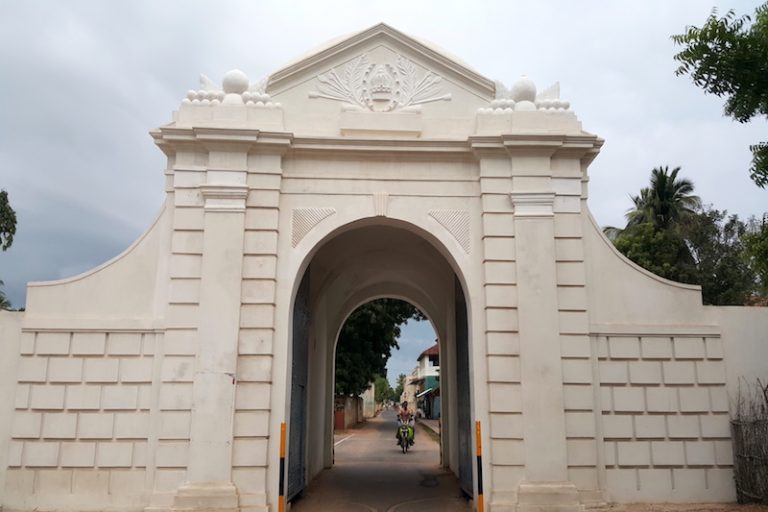 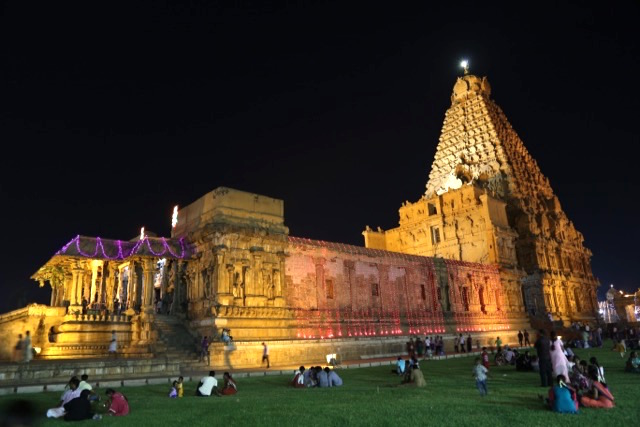 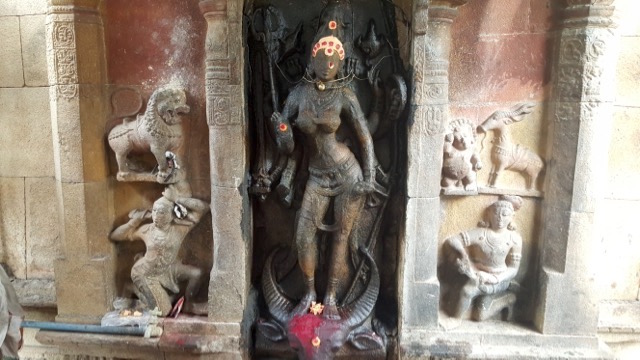 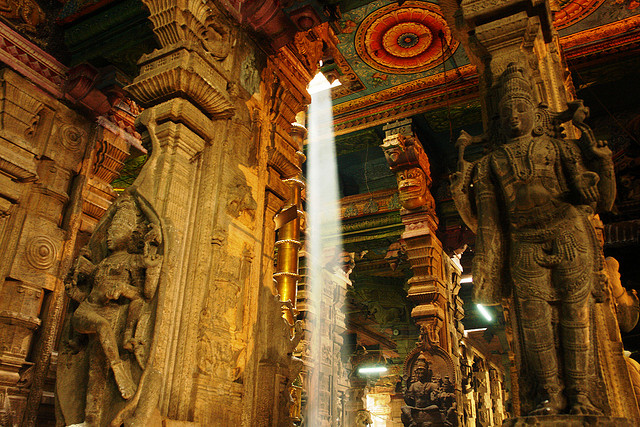