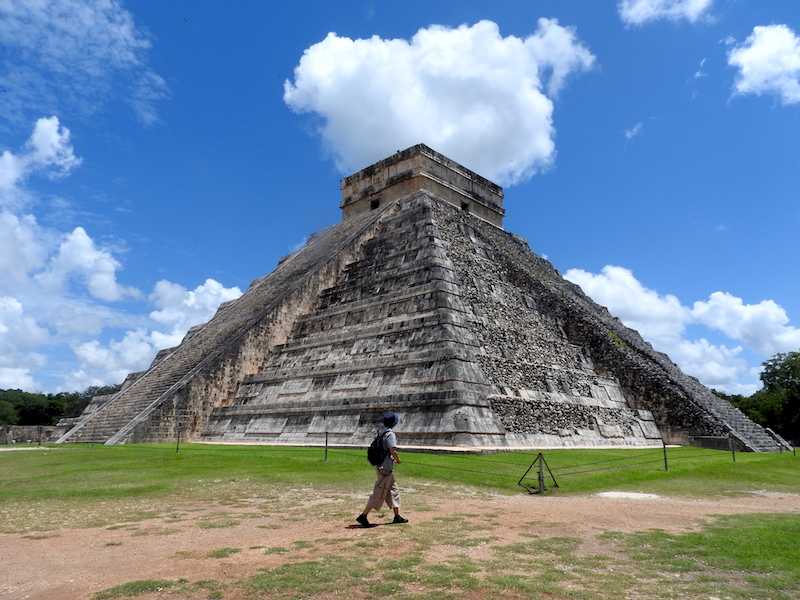 Just over ten years ago, Mexico found itself in the global tourism spotlight when one of its most famous sites, the Chichen Itza was included in a list of the seven wonders of the modern world. The list, compiled through an online poll by the Swiss ‘New Seven Wonders Foundation’ had other illustrious worthies stretching over four continents, from the Great Wall of China to Machu Picchu, via the Colosseum. Not surprisingly, Mexico Tourism caught on to this as the ultimate marketing tool, and till date, ‘seven wonders’ remains the most compelling catch phrase for Chichen Itza.

To visit Chichen Itza, I signed up for a day trip from the pretty colonial town of Merida, where I had based myself for my Yucatan exploration.An hour later, my tour guide Alejandro escorted our small group into the ancient world heritage site, keeping up a steady stream of stories about this city’s glorious history, throwing in legends about human sacrifices to sustain interest levels. The entire path along the monuments was lined by vendors selling all manner of souvenirs, from colourful handwoven carpets to plasticky fridge magnets.

In its original form, Chichen Itza was founded sometime around the 6th century by the Maya people, who built this walled city to represent their vision of the universe. The Toltecs followed around the 10th century, extending the city with more structures in the central area. Chichen is believed to have flourished as not just a religious site but also as a prosperous urban centre for trade till 1200 CE, before it was abandoned by inhabitants, and almost disappeared by the time the Spanish conquerors arrived on the scene in the 16th century. Today, it sprawls over 6.5km, a long and tiring walk on a Mexican summer day, although we were going to cover only a tiny part of it.

Even in its abandoned state, some of the most significant buildings such as the Temple of the Jaguars and the Ball Court still stand in remarkable shape. The layout of this city, with the temples and pyramids located in neat clusters, is a testament to the design and architecture skills of the builders.

As we walked through the smaller temples and ruins, I was barely able to keep my attention focused on Alejandro’s tales or the lush carvings of Maya gods, mythical animals and birds, human figures singing and dancing all over these monuments. When would we get to the great pyramid?

The magnificent Pyramid of Kukulkan, a sight familiar from picture postcards and guidebooks, towers over every other structure in this city, at over 75 feet. Also known as El Castillo (the castle), this structure alone epitomises the sophisticated knowledge of theMayas in astronomy and science.

With 91 stone steps on each of the four sides and the top (making it 365 steps in all, to mark the calendar year) crowned by a craving of Quetzalcoatl, the revered feathered serpent deity, the pyramid or temple was an accurate and handy guide to understanding time and space in those times. One of the most fascinating aspects of the Kukulkan pyramid becomes visible during the fortnight of the spring and autumn equinoxes, when the shadow falling on the sides creates the illusion of a serpent slithering down the stone steps.

Our guide took up his gory tale of human sacrifice at the Ball Court, a site for prayer rituals, also a ground where the precursor to the modern sport of football – a more bloodthirsty version – was played. Players of this Mesoamerican game had to manoeuvre and get the ball through a high hoop using only their hips. The winner was often offered – in fact, offered himself – as sacrifice to the gods, since the heavenly beings propitiated by the Mayas deserved nothing but the very best. “It’s a good thing Cristiano Ronaldo did not play in those times,” said Alejandro with a straight face as we tried to grasp this bit of trivia.

Since it was a sunny day, with enough humidity to make the tourist hordes wilt and melt into one large exhausted mass, everyone seemed to be looking for excuses to stop and rest their weary feet and wipe their sweaty faces. And the acoustics of the Kukulkan pyramid and the Ball Court provided just the right respite: one clap at the base of the pyramid produced an echo resembling the crisp chirp of the sacred quetzal bird, while the ball court threw back nine echoes for every one clap.

With three hours of walking behind us, I walked away from the noisy groups of visitors standing around these sites, clapping incessantly. I liked to think they were applauding the Mayas and the Toltecs. 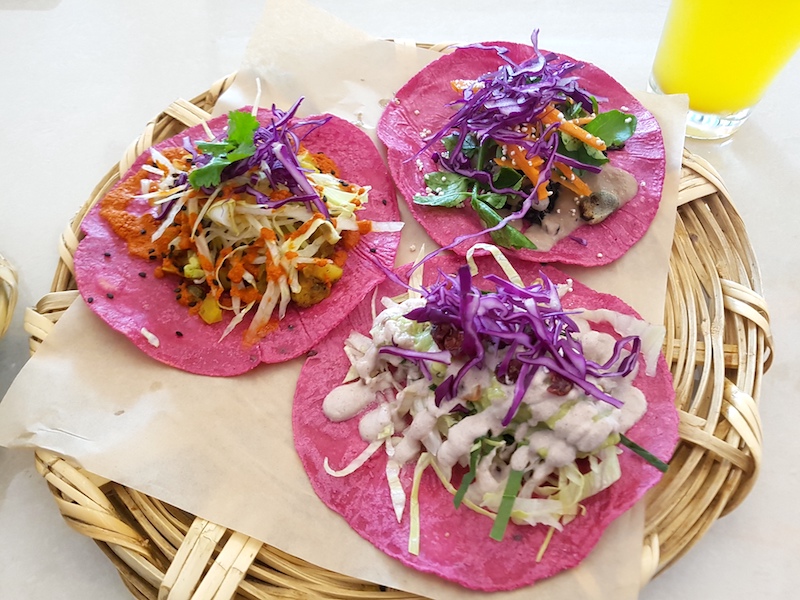