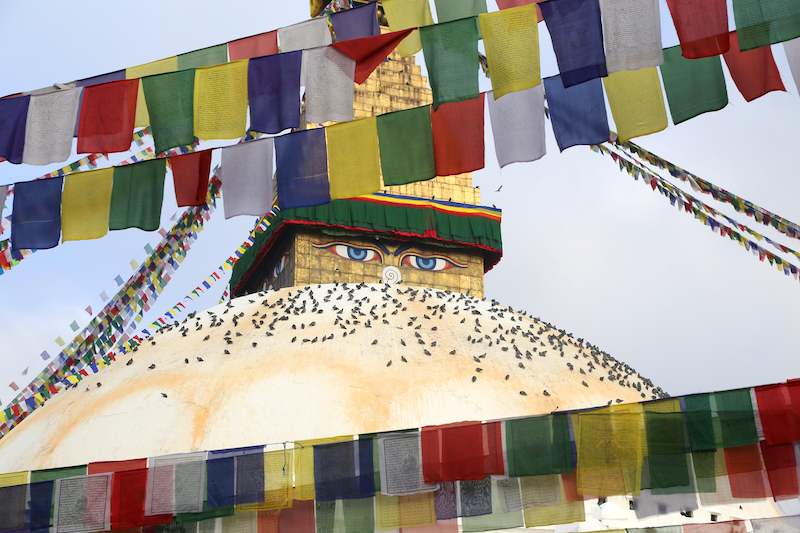 Boudhanath is a beehive of activity when I walk in through the gates early in the morning. It is too early for me. But Boudha, as it is known locally, has been awake for a while.

Monks in maroon robes and yellow shawls are circumambulating the stupas, spinning the prayer wheels or prayer beads in their hands in a gentle rhythm. Their mantras are murmured in low voices and blend into the louder sounds of the primeval Buddhist mantra Om Mani Padme Hum emanating from hidden speakers.

Despite the hundreds of people already praying, working, or just visiting, it is a silent tableau out there, but for the occasional whoosh of dozens of pigeons taking to the air in a frenzy. At a teashop where I sit to rest my feet, a couple of young monks are feeding a stray dog, as it jumps and yelps playfully. A few older Buddhist men are squatting on the ground, weaving an intricate pattern using coloured chalk powder, perhaps recreating an earthy version of the mandala.

The Boudha complex is a self-contained universe of its own, with temples and teashops, souvenir stalls and study centres lining the square around the central stupa. This massive stupa – Asia’s largest – was originally built in 600 CE before it was destroyed and rebuilt sometime after the 14th century.

But to me, Boudha seems eternal, the painted eyes of the Buddha following everyone on the grounds with equal compassion. 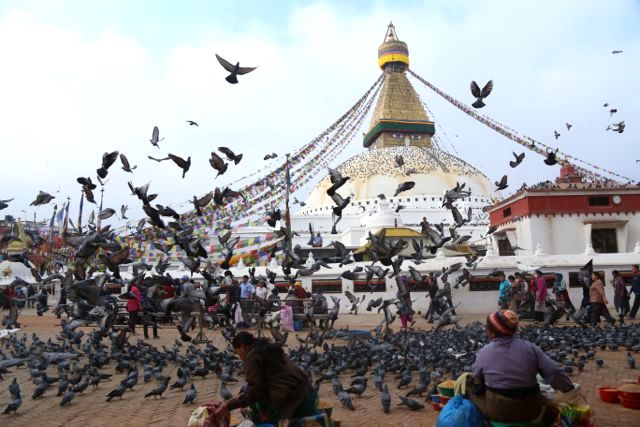