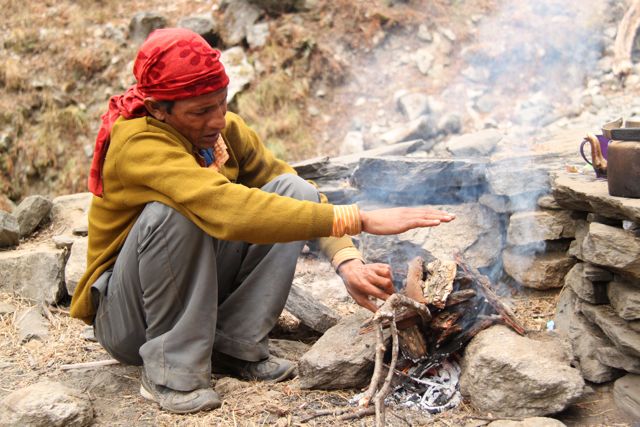 That’s me, folks. Intrepid I was, because I had no idea what I was letting myself in for. A gentle trek, he said, the guy organizing the trek. For beginners, he assured us. A mere walk. And so on. You get the drift. 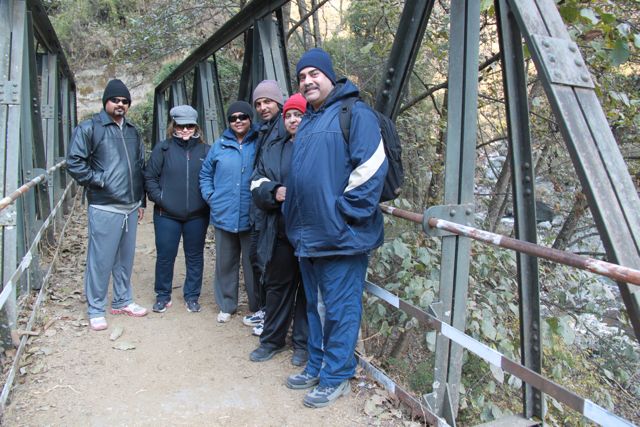 Ten minutes into the trek and I could not hear anything, even my own thoughts: my heart was pounding so loud in my ears. As I stopped yet again to catch my breath that promised to desert me at any time, I asked my husband, “tell me again, why do people do this for pleasure?” I then asked our guide who was patiently bringing up the rear, “Vasuji, will I ever get used to this or will it be this tough till the end?” Vasuji, many things but not the best diplomat said, “how can I say? It is all up to how you manage it.” Very reassuring, not. 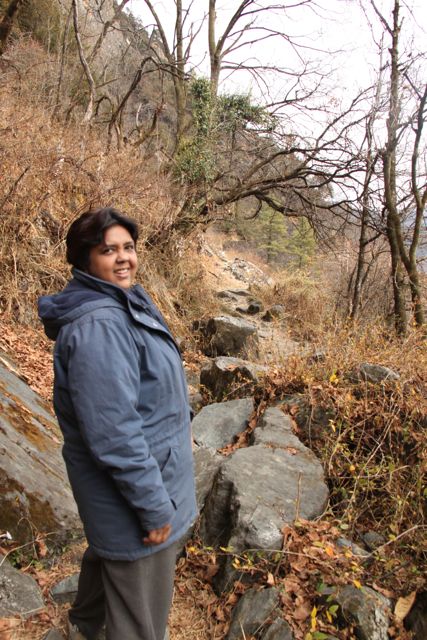 We were staying in a homestay in Dehradun (Shri Krishna Guesthouse run by the lovely Renee and Jayant – but more on that later) – we had barely survived the gruelling (read head spinning, stomach churning) six hour drive up to Uttarkashi and had lunch there before we drove further ahead to Kalyani. Also known as Sangamchatti, this was the beginning point for our hike to Dodital, and further on to Darba, weather permitting. 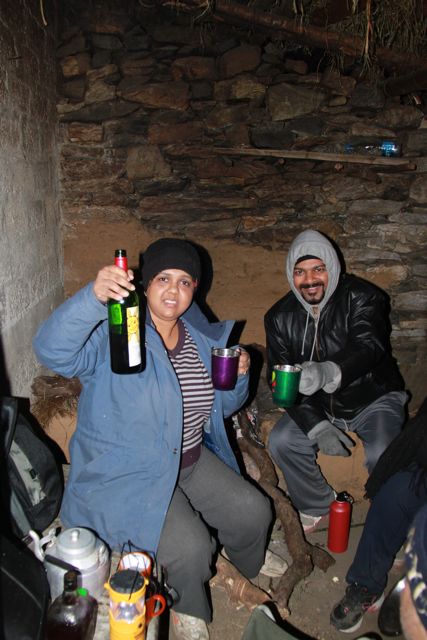 As a friend said later, “in the first half hour of the trek, I had questioned every single decision of my life, and not just the one to come on this trek!” Vamsi and I huffed and puffed our way up, step after weary step – we were six of us in all, plus a couple of guides, porters and cooks each. Of the six trekkers, V and I were right in the middle, neither superfast like the “competitive” ones racing ahead nor the friends trudging along even slower than us. Renee at the guesthouse had given sound advice – just focus on putting one step in front of another. True, if I looked any further ahead, things just seemed insurmountable. By the time we finished less than half the trek, I was telling Vamsi that I wanted to go back down the next day. “I just cannot carry on!”

Luckily, we persevered. The first day was bad, given that we had driven for a long time and started the trek after 3 p.m. – all of us trek novices. It got dark soon enough and we were then walking on these narrow mountain trails using just torchlights and a foolish hope that the end was in sight. By the time we reached Bebra, our first camp site, it was completely dark and our friends who had reached ahead of us were sitting around a tiny bonfire (this was what helped us survive through the five days, even in minus temperatures!) Hot soup and popcorn soon materialized and the tiredness of the day was forgotten as we tucked into dinner dinner immediately after that. Bed time was early: and that means 9 p.m – at the camp site, there was no electricity, nothing to do in fact but stare at the brilliant sky above. And then the struggle of getting into a sleeping bag and getting used to the feel of the hard earth under the back: at that point, every thing seemed an adventure. 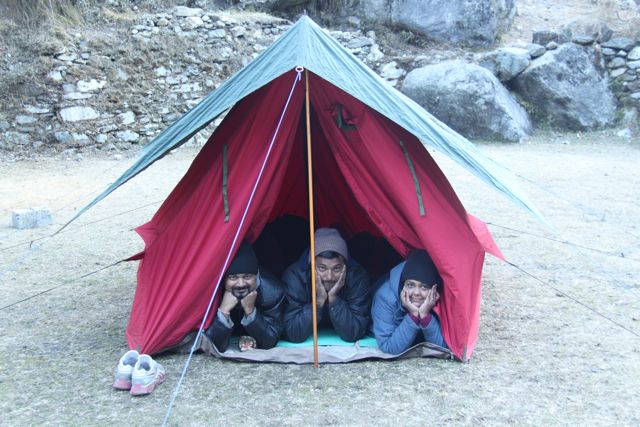 Bebra is at a very pretty spot, just by a gurgling stream, surrounded by mountains but we were too busy with other things to notice. The second day was better in terms of the trek itself and we were able to manage it, if not easily, then certainly with less difficulty than the earlier day. Sure, the steady incline was a challenge; muscles that we did not existed cried out in protest. We stopped for a quick chai made by one of the guides near a small stream called Kacheru and then made our way to the next camp site at Manjhi. The original plan was to head on all the way to Dodital (14 km from Bebra) but seeing our state the earlier day, our guide had decided to halt at Manjhi just 9 km away. 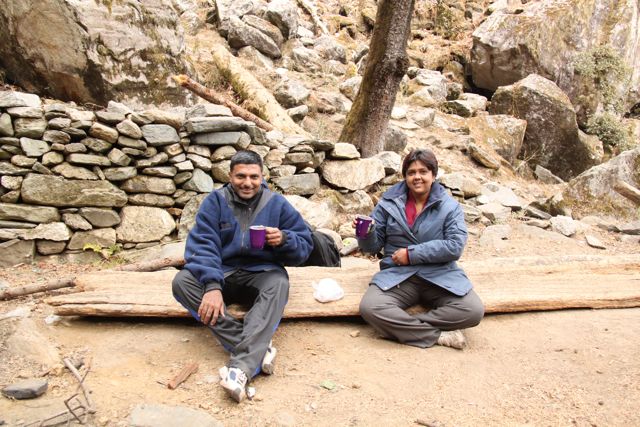 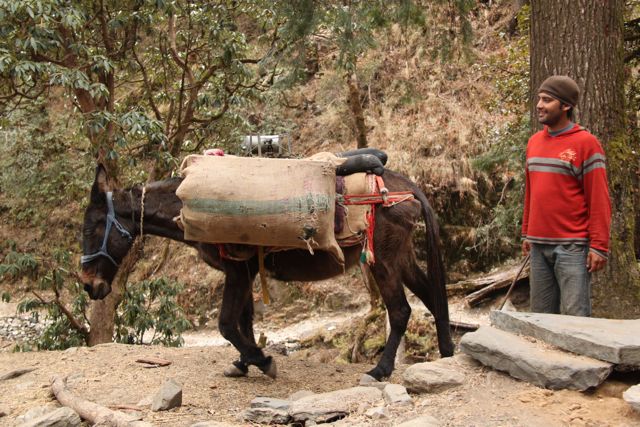 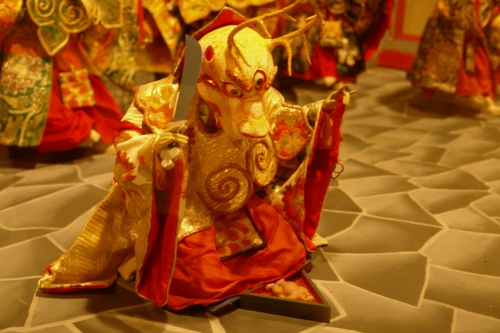 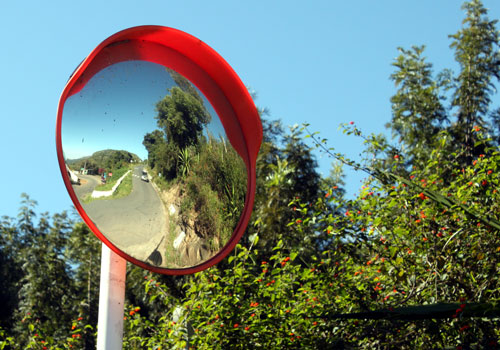 2 thoughts on “Adventures of an intrepid trekker 1”