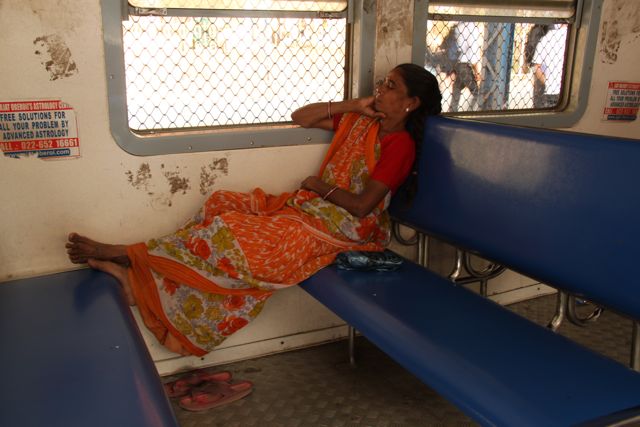 My ode to Mumbai was published in the April issue of Silverkris, the inflight magazine of Singapore Airlines – read it online here (all the fabulous photographs in the article are by Poras Chaudhary). Or read it right here on this blog (all photographs mine)…
***
As soon as I moved into my new home in a Mumbai suburb a decade ago, the doorbell started ringing. Neighbourhood vendors came in a steady stream offering to home-deliver anything and everything I might ever require, from newspapers to freshly baked bread and medicine. In Mumbai, the most populous city in India and the capital of the state of Maharashtra, it seems like they know what you need before you do.

Even now, as I walk in the city I call home, I am grateful to be on the receiving end of its gracious hospitality.

The finest example of such delightful customer service is in sight as soon as you step out of the grand and imposing Chhatrapati Shivaji Terminus, which is better known as CST. It is from this UNESCO-listed heritage building that most long distance and local trains – the latter, known also as locals, ply routes within Mumbai – start and culminate.

Travelling on the crowded locals, with its own code of conduct, is an art form in itself and not for the faint-hearted. But for the thousands who make their long journeys from one end of this city to the other every day, it is just a part of life.

I stand at Aram Milk Bar (126 Dr D N Road, Tel: 91 22 2207 3947) opposite CST, munching on a vada pav – a potato patty stuffed in a bun, spiced with red chutney made of chilli and garlic – that can give any hamburger a run for its money. From here, I can see the dabbawallas on the road – over 4,000 of them in Mumbai – calmly going about their business. The dabbawallas collect lunch boxes from homes in the morning and deliver them to the correct recipients at offices throughout the city, day after day. Using their own code to mark the boxes, they have been doing this accurately – to the impressive Six Sigma-certified rate of only one error for every six million deliveries – for over a century now. Britain’s Prince Charles, when he visited Mumbai in 2003, met these dabbawallas and was impressed enough to send some of them an invitation to his wedding to Camilla Parker Bowles two years later. 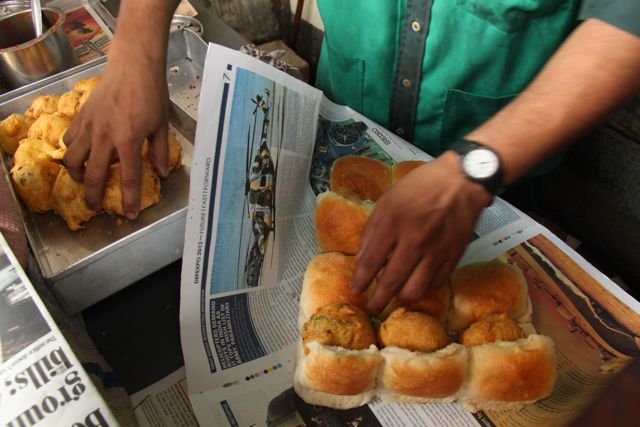 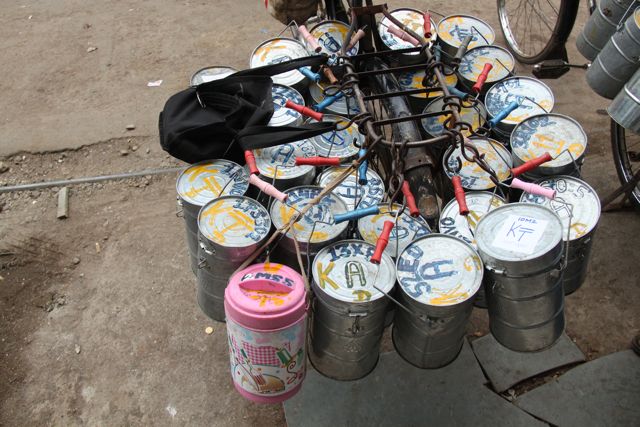 Later, I walk down to Marine Drive, passing roads lined with vendors selling everything from fake electronic items to fine clothing. This long stretch of beach bustles at all times of the day (and night too) with walkers, joggers, strolling lovers and families out for a breath of fresh air. I have a quick meal – try the smoked bell pepper risotto or the roast lamb – at Pizza by the Bay. This is followed by some delicious butter apple tea, made with tea liquor, apple juice, dollops of butter and a hint of lemon, at The Tea Centre (78 Veer Nariman Road, Tel: 91 22 2281 9142) in the Resham Bhavan building just down the road that leads to Churchgate train station.

For those who find walking and jogging – one of the most popular activities along Marine Drive – too tiring, Mumbai has an interesting alternative: laughter yoga. A form of yoga conceptualised in the mid-1990s by an Indian doctor, it involves hearty laughing along with deep breathing techniques – all meant to promote wellness and reduce stress. Some mornings, I head down the road, along the curve known as the Queen’s Necklace, towards Malabar Hills where Mumbai’s rich and famous live. A laughter club is usually in progress – there are over 70 in Mumbai alone – at the Hanging Gardens. Over 50 men and women of all ages can be seen laughing aloud to the instructions of a leader, forgetting their worries as they laugh and stretch.

Or you could spend a relaxing morning at Shivaji Park, the large open ground in the central suburb of Dadar. Shivaji Park has seen it all through the 20th century – it was the venue for rallies during the independence movement, and also provided space for some of India’s cricketing legends to emerge. 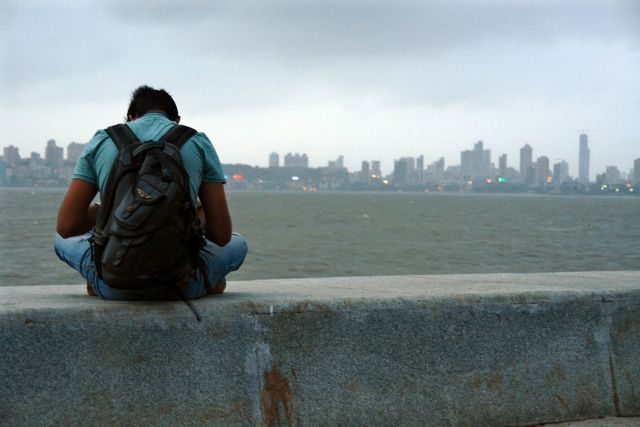 A Peep Into the Past

South Mumbai holds many secrets for those interested in the rich heritage of the city; I begin with Crawford Market, located north of the CST. Built in 1869 and named after Arthur Crawford, the first municipal commissioner of Mumbai, today’s market attracts both casual visitors and shoppers who throng the various shops selling a variety of goods. If you are looking for an old film poster or an antique gramophone, then head to Chor Bazaar (Thieves Market), near Mohammad Ali Road. 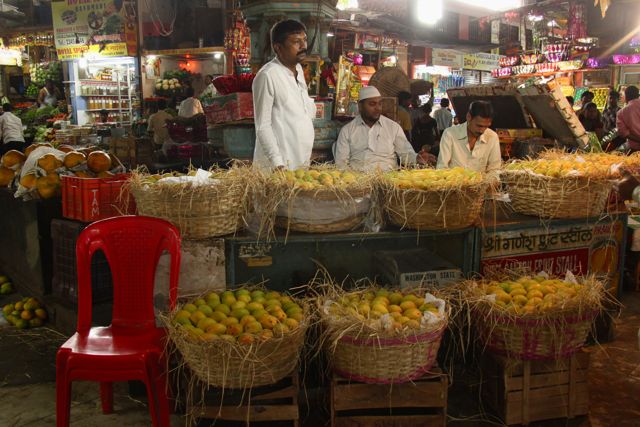 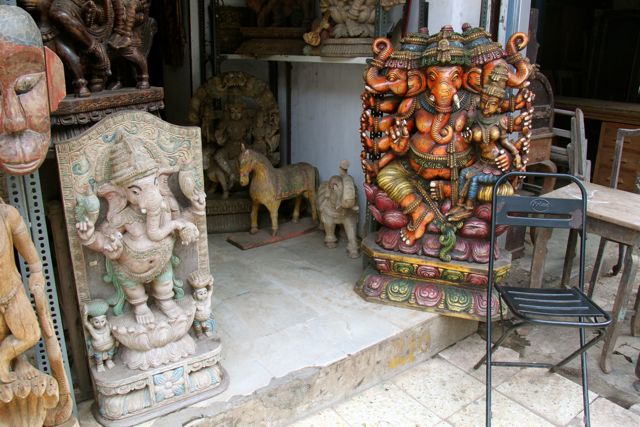 Mani Bhavan Gandhi Sangrahalaya is another space in Mumbai that helps define the city’s past. It is the house where renowned peace advocate Mahatma Gandhi stayed between 1917 and 1934 whenever he visited the city. It is now a museum, and also has a photo gallery and a library.

Just a stone’s throw from the Sewri train station stands the dilapidated remains of Sewri Fort, built by the British in the 17th century. The area sees an influx of visitors for a few months between December and March each year when the flamingos come visiting – and the mudflats turn into a carpet of pink. Go flamingo-watching with the Bombay Natural History Society (BNHS) to get the most out of this experience.

Making my way northwards, I stop at Dhobi Ghat, the vast open air laundry where groups of men are at work washing clothes from hotels, hospitals and homes across the city. The area is known as Mahalaxmi, so named after the goddess of wealth and purity, Mahalakshmi, who resides in a temple close by. It is believed that Mahalakshmi smiles over the city, ensuring that nobody who comes here goes hungry. 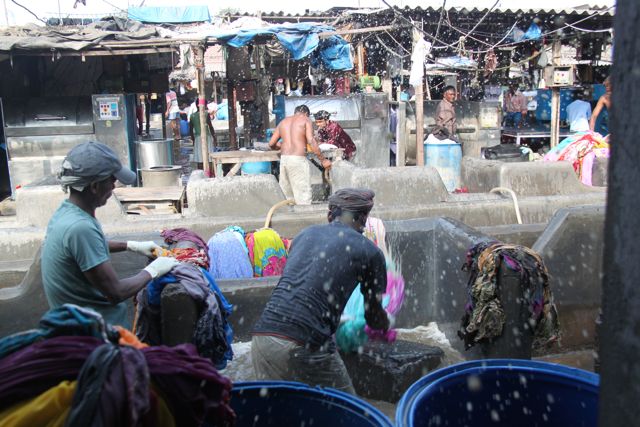 Well, whether or not you’re a believer, I’m quite certain the gods of wealth reside in High Street Phoenix shopping mall in the area. This sprawling complex houses top end brands and designer labels as well as London’s popular Comedy Store, which has excellent entertainment and quick eats. If you would rather linger over a meal, then Veda (Tel: 91 22 4332 6666), which serves authentic Indian and Moghul cuisine, is your best bet. Try its crispy okra and signature rich buttery Daal Veda (black lentil stew).

If designer labels are not your thing, then head to Linking Road in Bandra for some of the best street shopping in the country. While there, polish your bargaining skills and pick up some of the most fashionable clothes, bags and shoes at great prices. The other place in Mumbai to pick up handbags and purses at cheap rates is Dharavi, an area made famous by the movie Slumdog Millionaire. It is a little known fact that Dharavi has a large and thriving leather industry, though I would advise that you take a local with you when you go there, to help you bargain and negotiate the narrow lanes.

Eat, drink and be merry

You cannot leave Mumbai without having a Gujarati thali (platter) – try the one at the famous Golden Star restaurant near Charni Road train station. The Gujaratis are one of the largest communities in Mumbai and their food is a delightful combination of various flavours. Popular dishes include dhokla (a spongy cake made of gram flour and spices) and kadhi (a thin soup). When in season, aamras or fresh mango pulp is served as an accompaniment, making meal-time an absolute treat.

For the young and restless, Mumbai is India’s original pub city, so say local partygoers – although Bangalore, in south India, vies hard for that position. Spend an evening crawling through the best of them, from the quirkily named Malt & Pepper (16 Marzban Road, Tel: 91 22 2203 7357) near Sterling Cinema to Firangi Paani, an English-style pub. If you want views with your booze, then head to Dome, located on the rooftop of InterContinental hotel at 135 Marine Drive or Aer lounge at the Four Seasons Hotel in Worli, whose rooftop location on the 34th floor offers stunning views of the city that refuses to sleep.

So, when in Mumbai, don’t sweat the small stuff – just embrace them and you’ll be in for a delightfully good time. 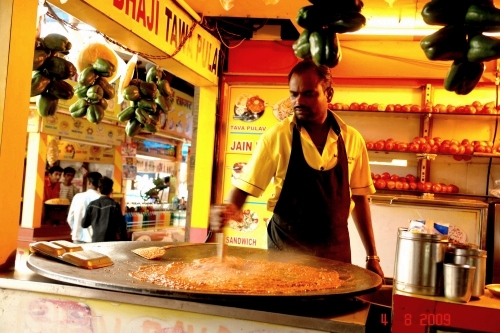 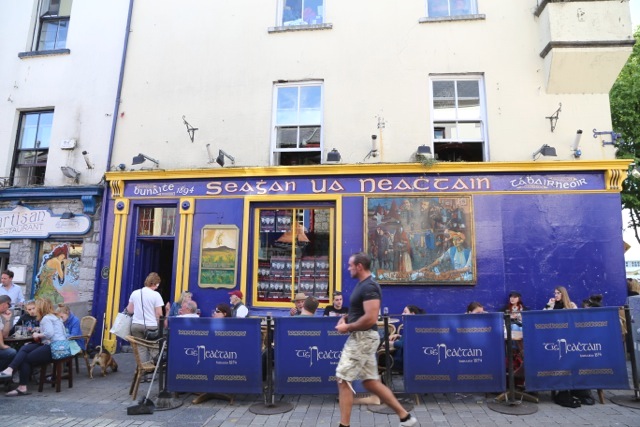 2 thoughts on “City of small things”