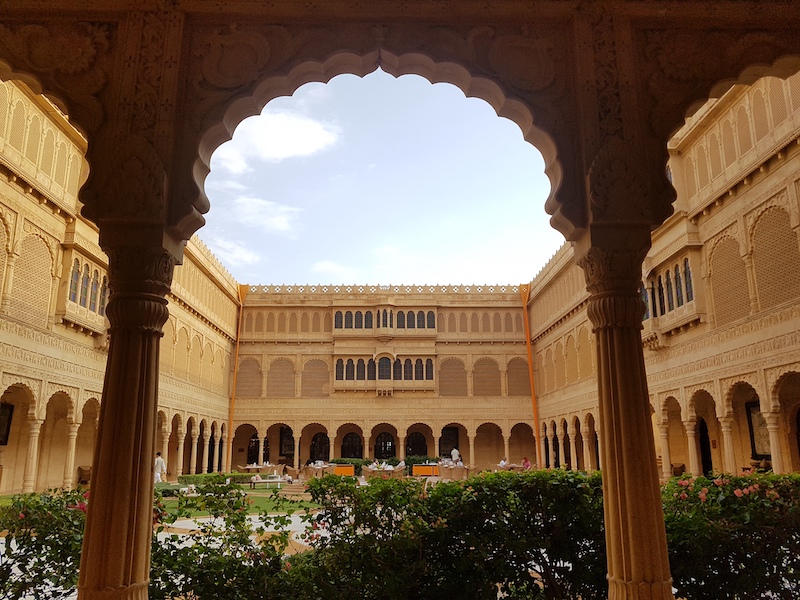 My Suryagarh experience began right from the moment I stepped out of the small airport at Jaisalmer. Our chauffeurs welcomed us with refreshing cold towels, water bottles, and delicious small bites of namkeen – just the perfect way to end a long flight from Bangalore, via Jaipur. Having stayed at the opulent Narendra Bhawan, their sister property and having heard so much about it over the last few years (I always somehow ended up missing the chance to visit earlier), my expectations were high.

After a short drive through the town, when we entered the empty stretch of road leading to the desert, we were escorted by the hotel jeep flying the white and orange flag of Suryagarh, and upon entering the property gates, a further pilot of two armed guards on camels, also bearing the flag. The thumping beats of nagada drums, a shower of rose petals and a musical welcome by a group of Manganiyar performers completed the welcome.

Suryagarh – meaning the fort of the sun – rises up like a golden mirage from the dusty plains of this desert city, a bit like the fortress itself that brings international acclaim to Jaisalmer. Local yellow stone has been used in the construction to blend tastefully into the environment. Did I say tasteful? Yes, for that is the single word I kept repeating to myself as I discovered the myriad layers of art and architecture, hospitality, food and drinks at this magnificent fort-palace.

Even though Suryagarh has come up only in the last ten years, all the classic architectural touches of palaces from this region flourish – carved jharokas, open courtyards, celebration gardens and even a small stepwell. And the sunlight pouring in through the coloured glass windows in the narrow corridors leading up to guestrooms was just magical. As far as I was concerned, there was a photograph (or three) in every corner, every step.

I stayed in a luxury suite on the second floor – a small sitting area leading into a spacious sleeping space and then the bathroom with its own changing room. One of my favourite things about the décor at Suryagarh is how every element was carefully chosen to be a part of and represent the larger context, in this case, Jaisalmer and the desert. So, the rough textures and bright colours of the furnishings inside the room. And the cheerful yellow blooms of marigolds and pink bougainvillea in the common areas – no English roses or delicate orchids for this earthy heaven of luxury.

The food at Suryagarh deserves a separate blogpost in itself – and wait for it! But to briefly describe the other experiences, the Rait Spa was obviously one of the winners. The name itself is an ode to the sand (and dust) of the region, with the signature treatments also designed to use natural elements such as salt, sand and spices. I chose the Sand ritual (obviously), that uses heated bundles (potli) of sand following a mild scrub. Oh, the sheer bliss!

After that massage, I could barely move – just wanting to curl up into a deep sleep on my warm bed – but the Manganiyars called with more music and dance. And thus, I spent my evening lying under the desert stars on a charpoy in one of the open courtyards, listening to the resonant and melodious voices of the men rising up high into the night sky.

When art is irrelevant 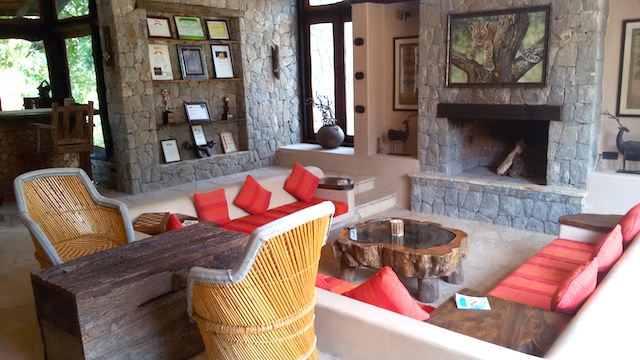 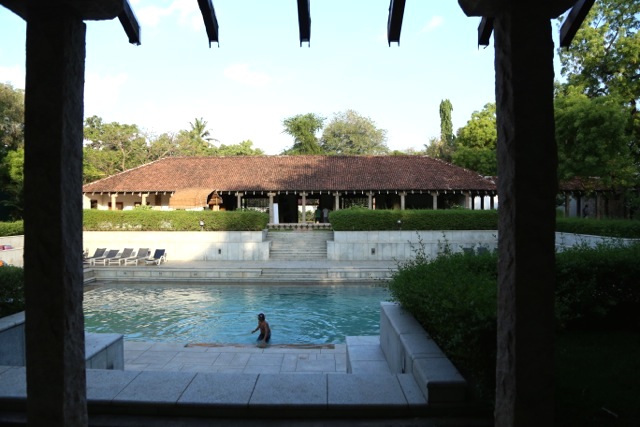 5 thoughts on “The golden glow of Suryagarh, Jaisalmer”