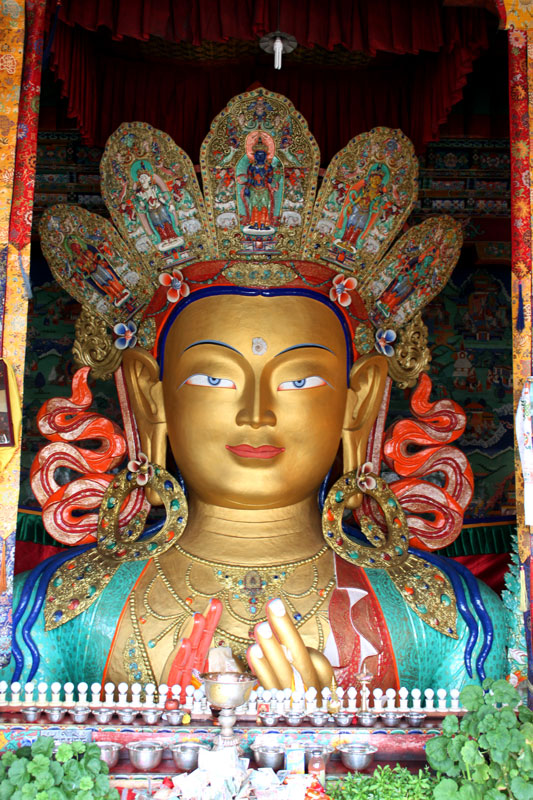 It was bitterly cold the first few days I was in Ladakh, rare for May and with unseasonal spells of rain for company. The high mountain passes remained resolutely closed and there were stories filtering down of people stuck up there for days on end, thanks to the heavy snowfall. And so we stayed well out of that path and kept to the monastery trail; after all, Ladakh is known to have the highest concentration of Buddhist monasteries (gompas) outside Tibet. And after a while, the head began to buzz, the eyes assumed a glazed look and all monasteries started to feel similar.

To keep this fatigue away (for each monastery did have something unique and delightful to offer), I devised this small game for myself. If I had to choose a monastery to live in, which would I pick? A purely hypothetical question, since the sight of the monks holding their thin robes closer against the unrelenting cold winds made me shiver even harder. 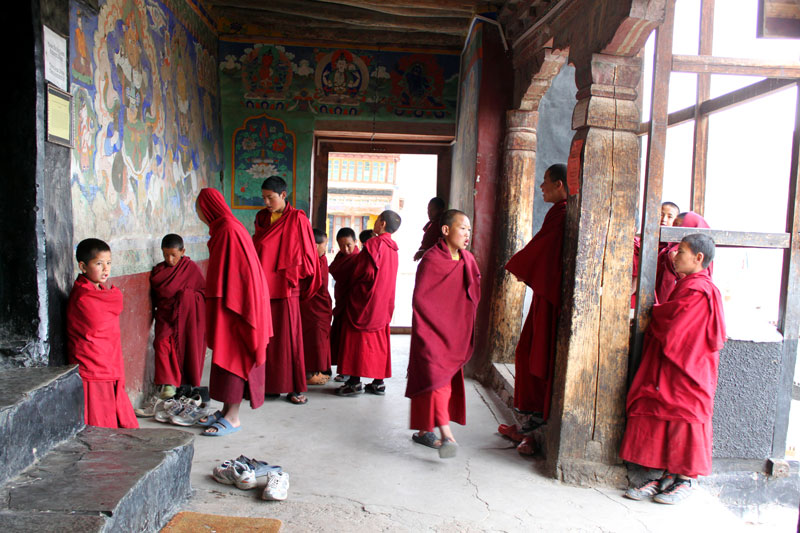 Yet, it was fun. Will it be my personal favourite Thiksey, cascading down the hillside like a waterfall in hard stone? Or Hemis, that large and venerable one, with its beautiful museum with the cold floors and friendly watchman? Lamayuru perhaps, sitting unruffled amidst breath-taking scenery referred to by guidebooks as moonscape? Why not Alchi then, set in the Indus valley and home to stunning frescos a thousand years old? Or even the unlikely contender Basgo, craggy and desolate and picturesque despite its state of ruin?

Ladakh which follows the Tibetan Mahayana school of Buddhism is considered by many as the last stronghold of Himalayan Buddhsim. Ladakhis consider the Dalai Lama their supreme spiritual leader and the Gelugkpa (those who wear the traditional ‘Yellow Hat’ during ceremonies) sect that he is part of is dominant along with the Drukpa (Red Hat) sect. 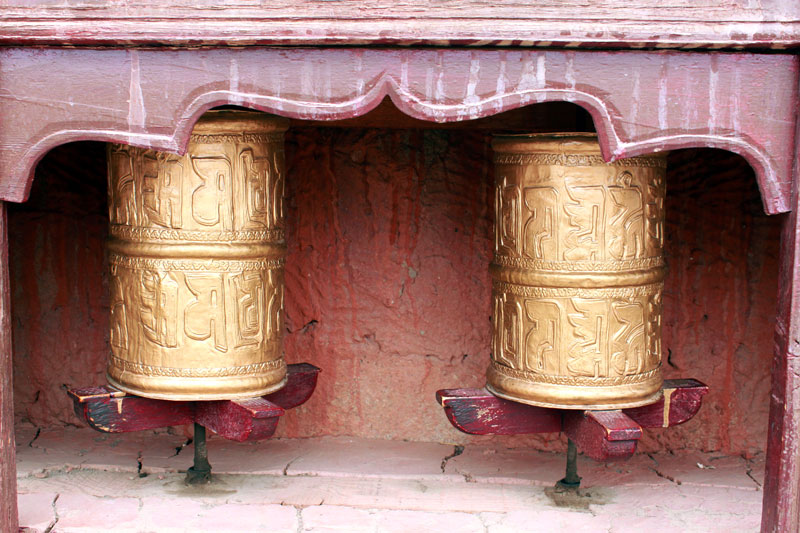 Spiritual life in Ladakh revolves around the monasteries which, apart from being places of worship and meditation (for both practicing monks and outsiders), are also places for religious instruction. They were used in earlier times by travelers as guesthouses although now only the serious spiritual seekers attempt to stay in monasteries. Most gompas are majestically perched on the top of hills or on steep cliff-sides making it difficult to access them; it was a way of protecting them from invaders. Although it is now possible to drive up a large part of the way at most gompas, reaching the primary shrines still requires significant physical effort. 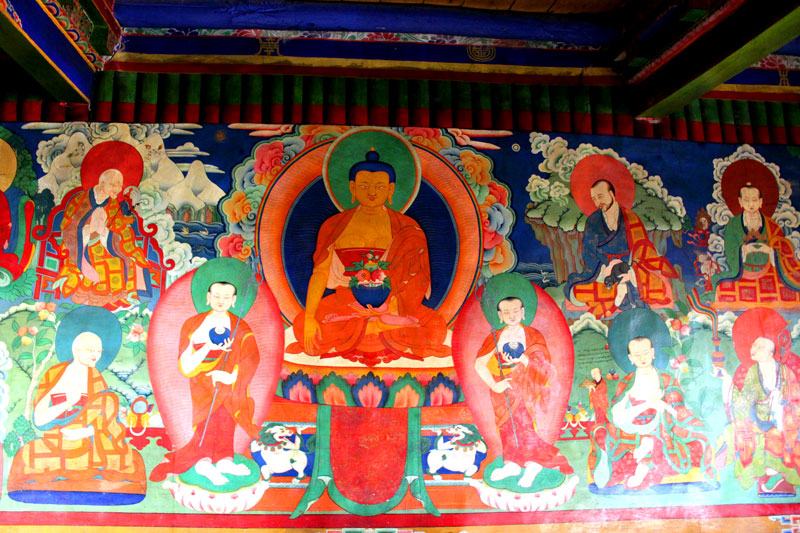 The inner walls of gompas are usually seen covered with beautiful murals and paintings depicting the Buddha, Bodhisattvas (incarnations and manifestations of the Buddha) and other elements from Buddhist iconography. Some of them also are home to ancient scroll paintings in silk called thangka, which are typical of the Tibetan school. At every gompa, we encountered helpful monks willing to open locked doors to show us around; some were shy, some cheerful but all friendly. At the guesthouse in Likir, we came across Canadian travelers who had been invited by the monks to share in their simple lunch; “most delicious”, they chimed happily.

(Monasteries of Ladakh – more to come…) 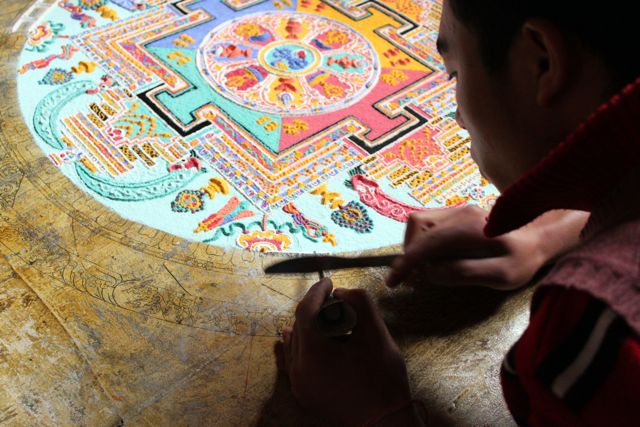 On the monastery trail in Ladakh-3 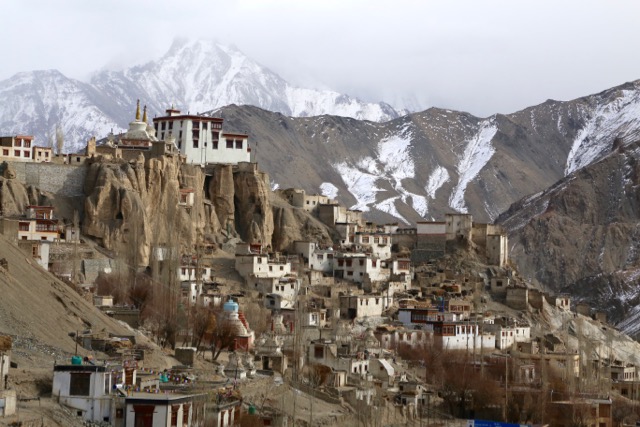 5 reasons to visit Ladakh in winter 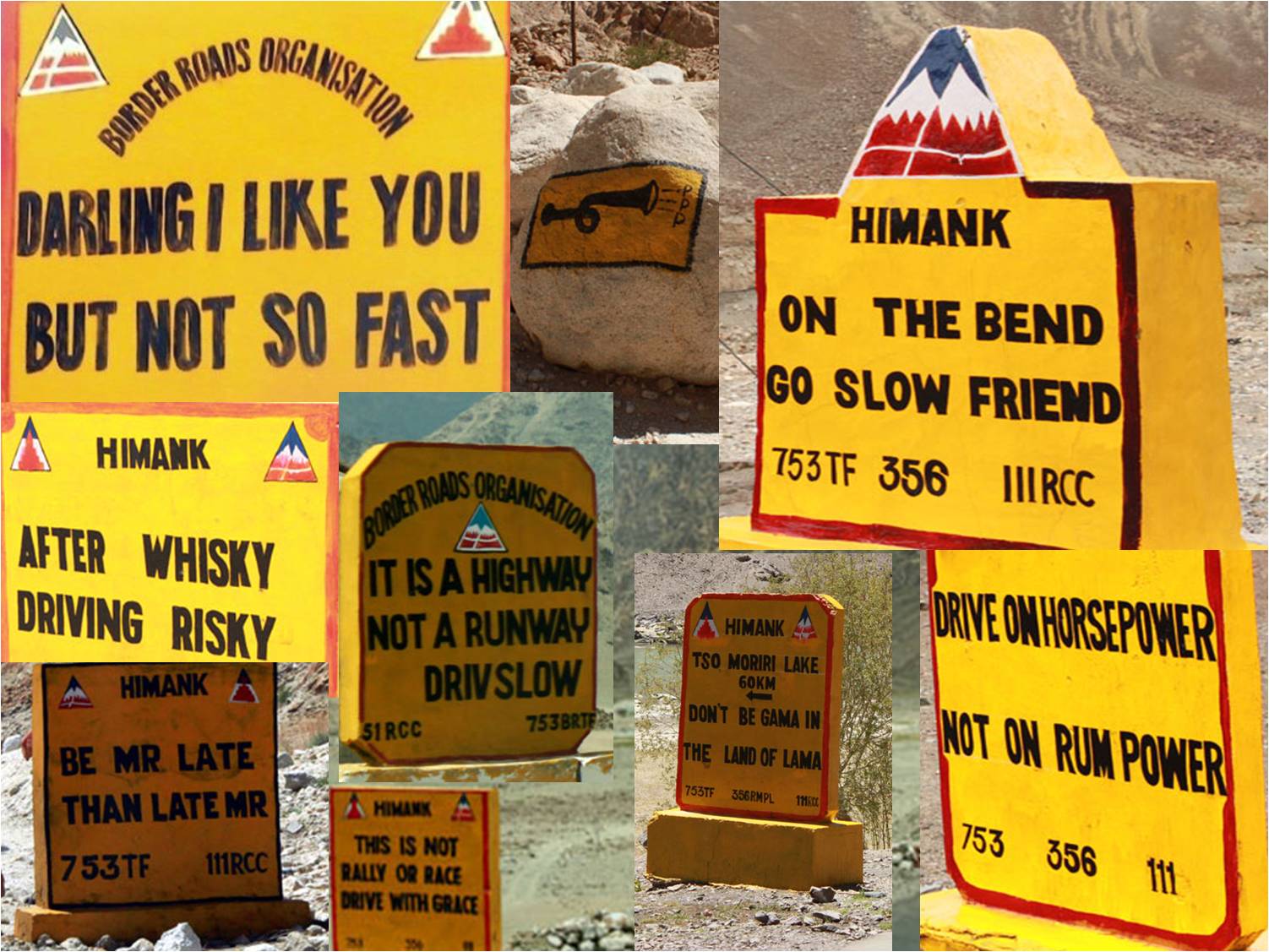 2 thoughts on “On the monastery trail in Ladakh-1”